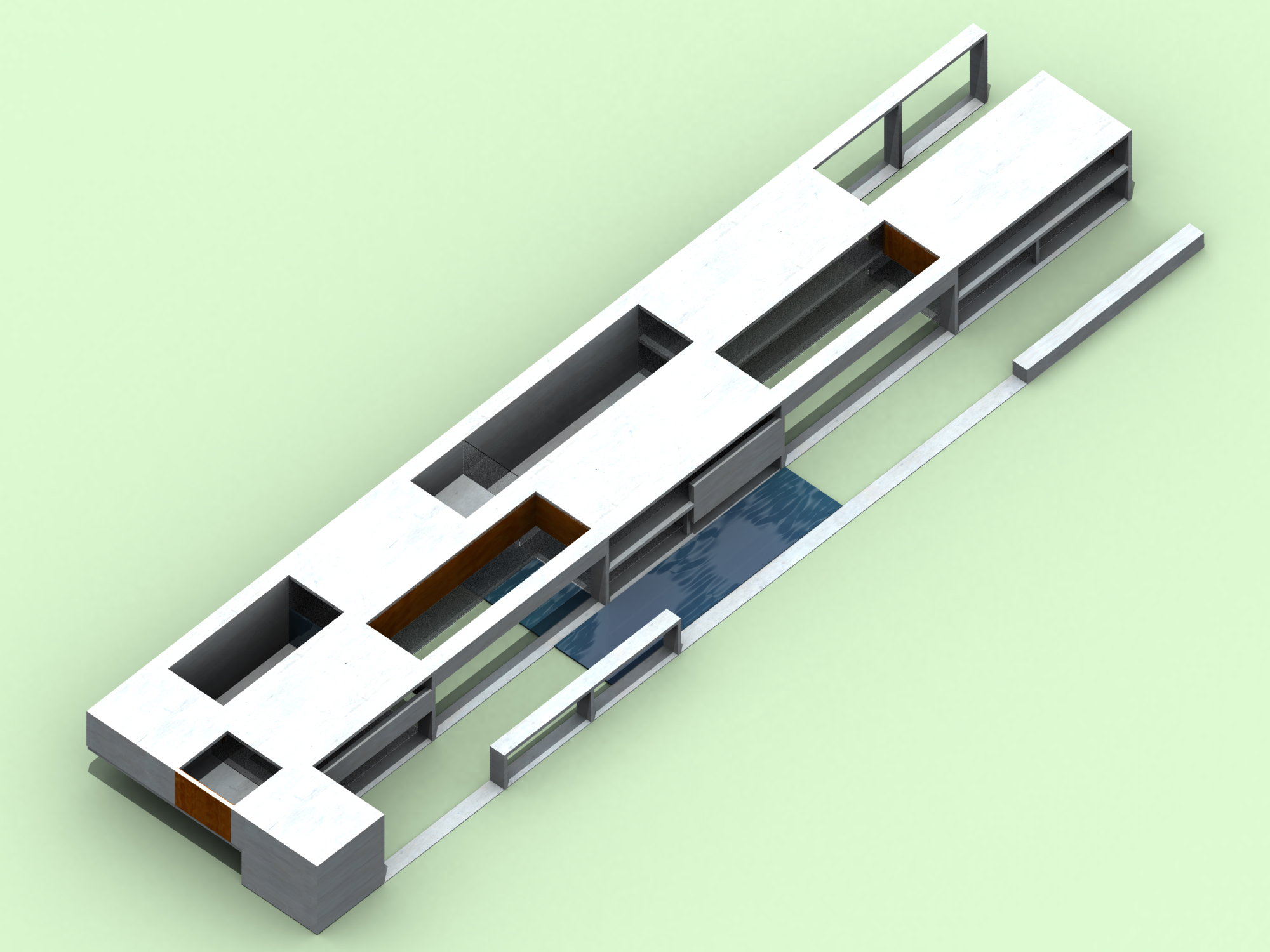 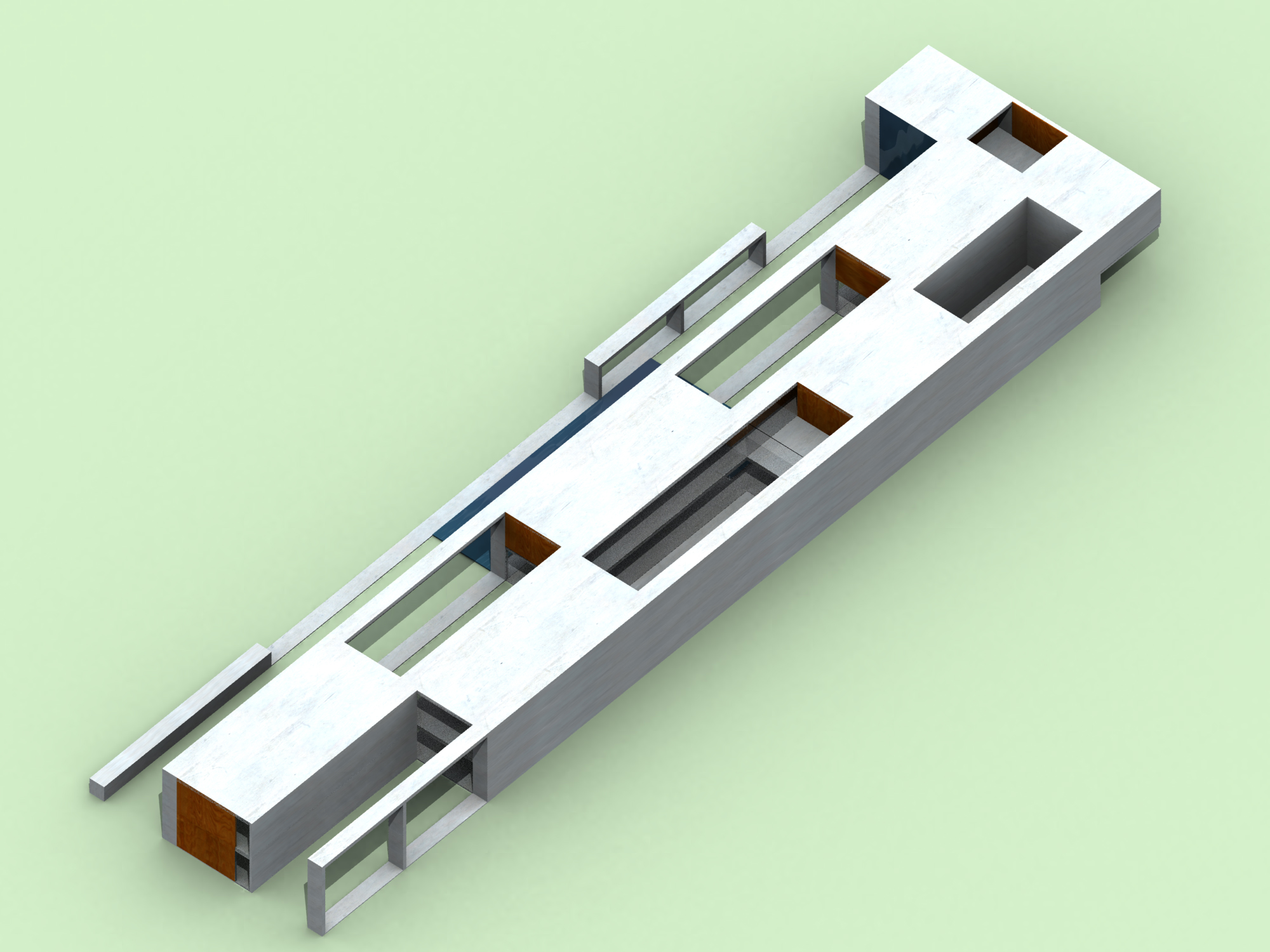 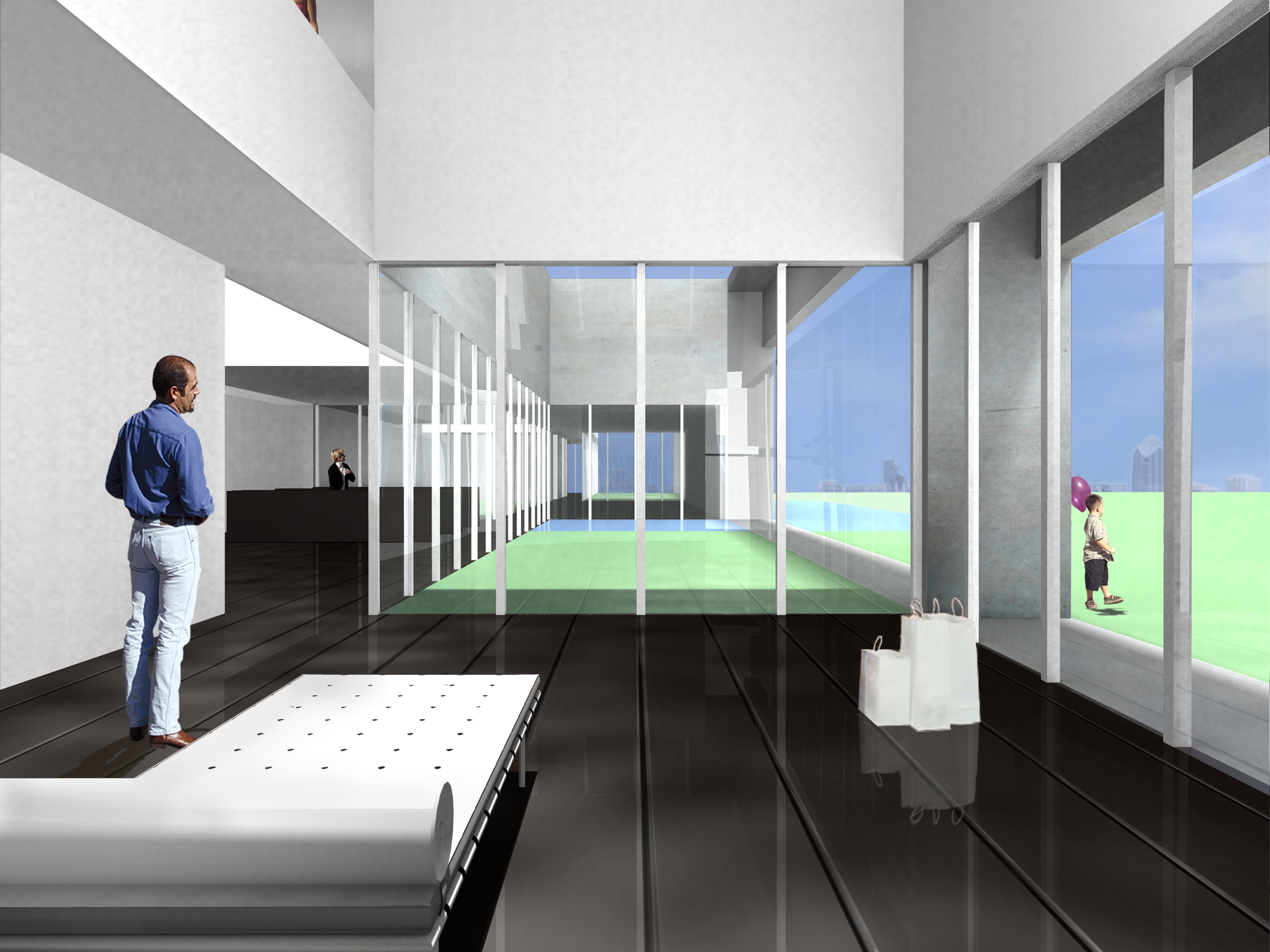 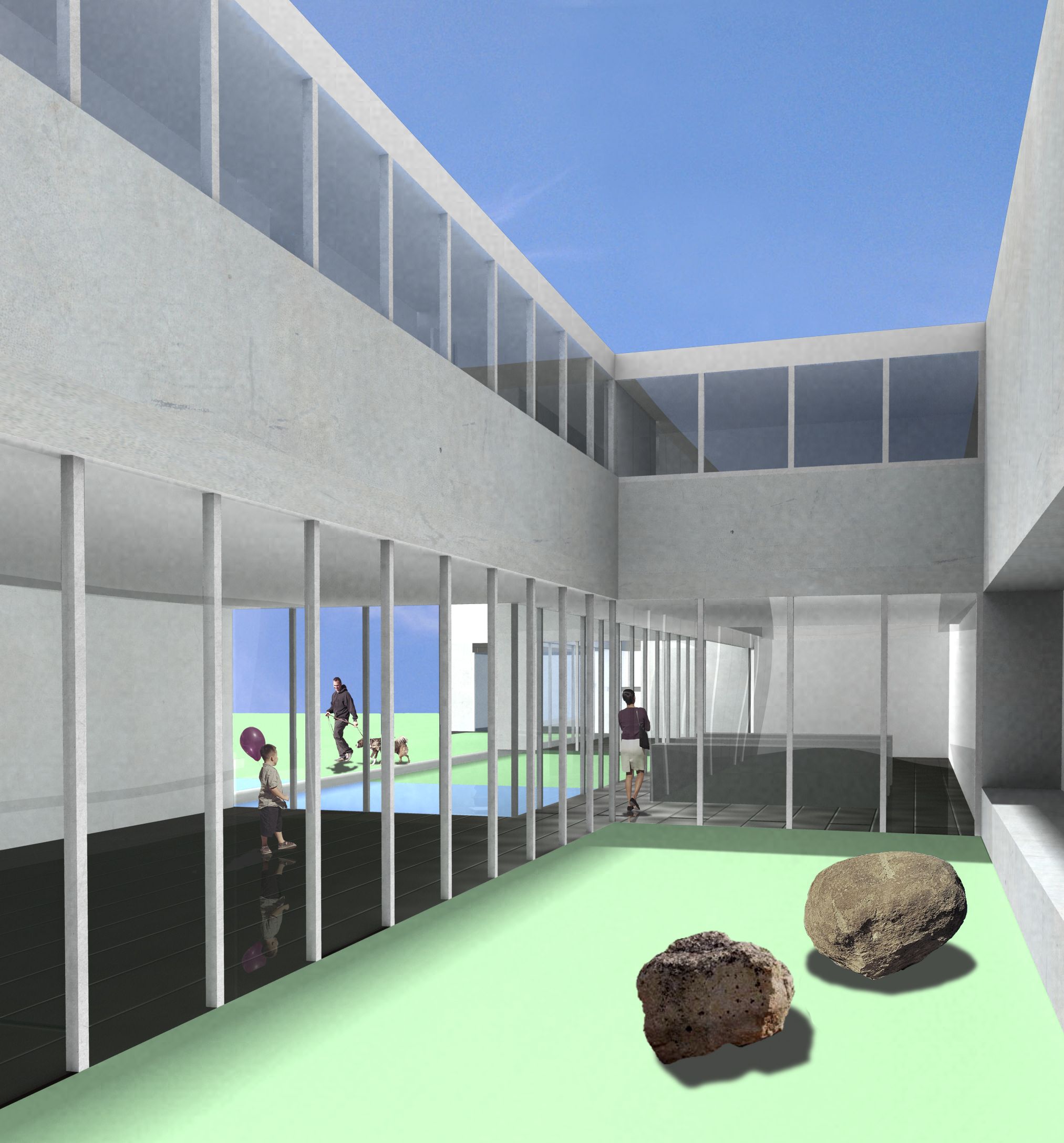 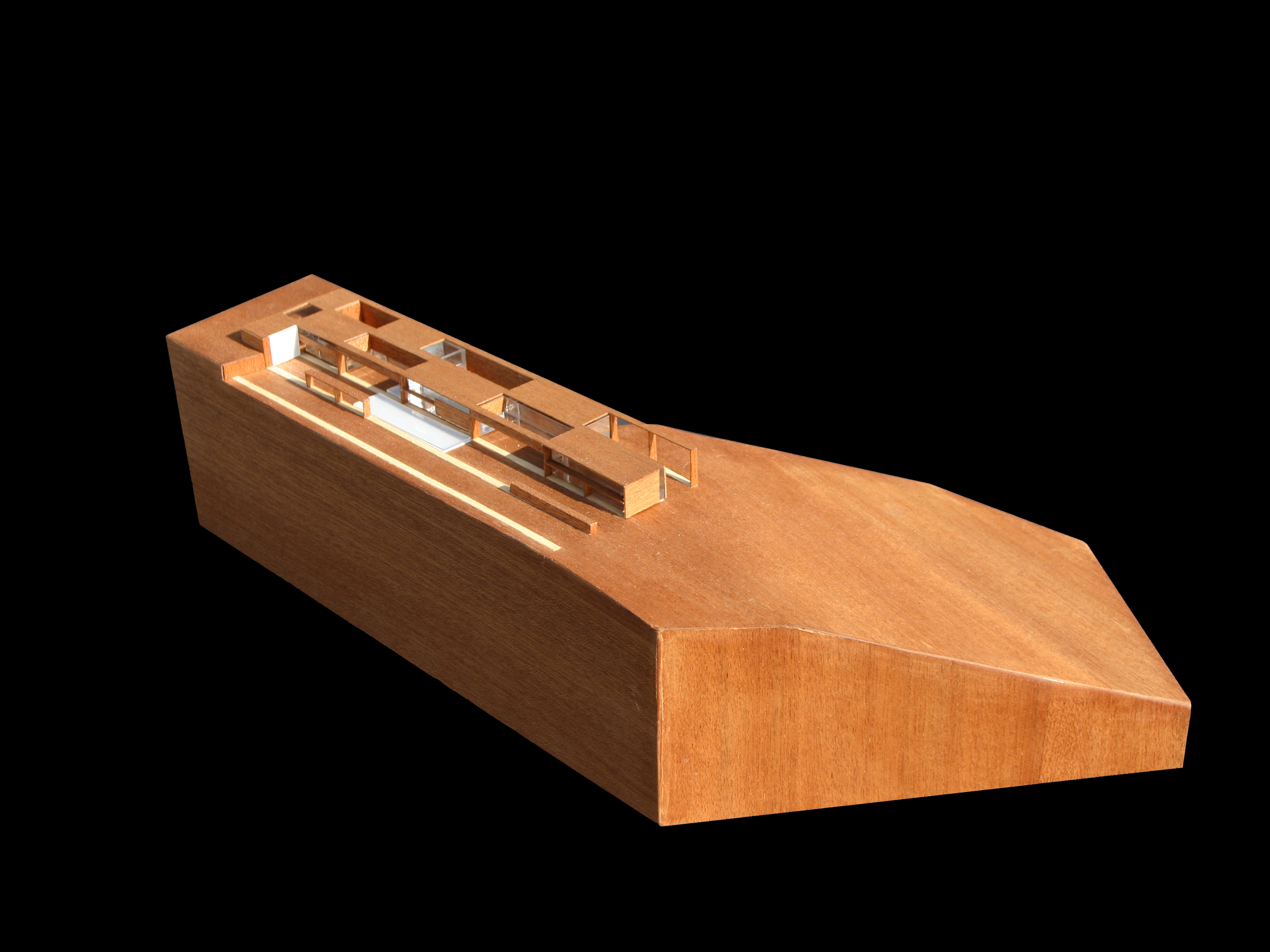 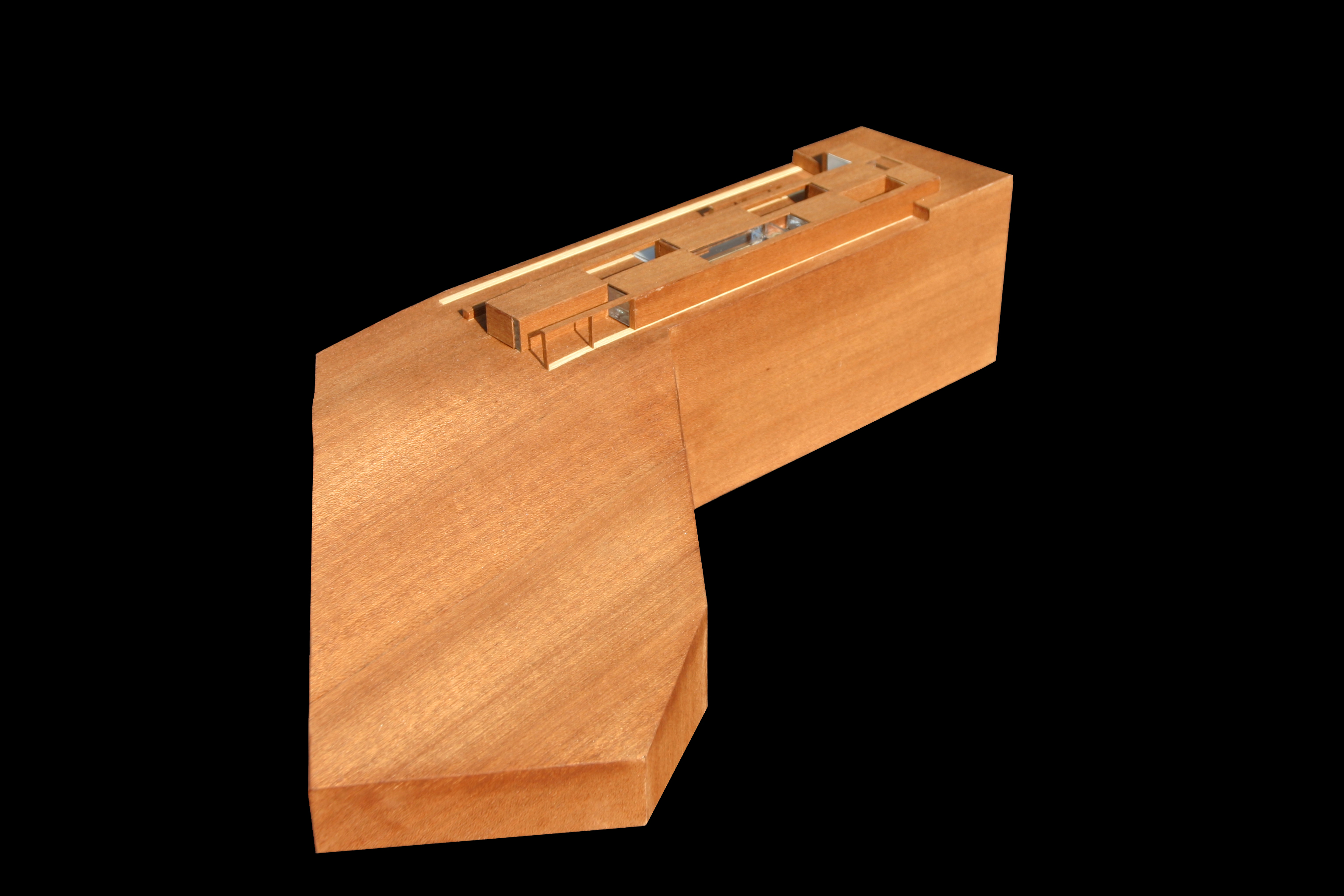 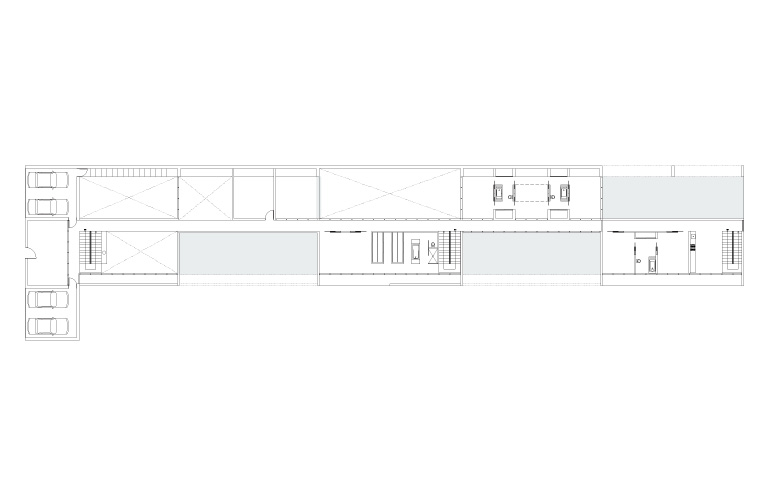 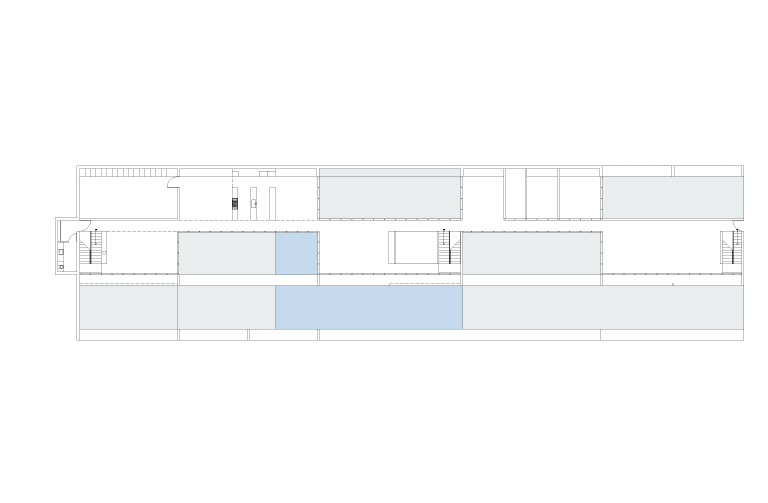 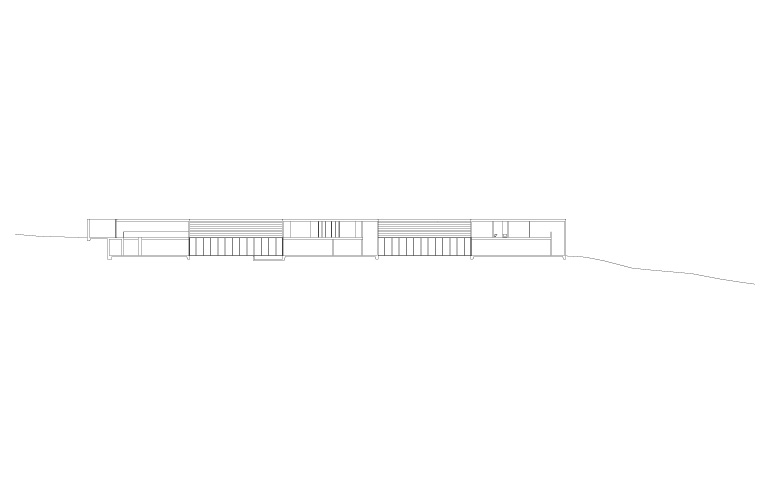 The house follows the long narrow site, which opens to the south and offers distant views of the San Diego skyline. The plan consists of two linear volumes with alternating voids, forming a double, dotted bar house. The traditional Southern California courtyard house, unfolded, is the model for this series of linked interior/exterior/interior spaces. In a climate in which garden is as habitable as interior, these courts expand the dimensions for living. Each court has a unique character and function in relation to the surrounding rooms and orientation—layered into the garden and open to the sun and view on the south, enclosed and protected on the north. The double house bar is structured by two bands of concrete, each four feet wide; these concrete elements form a brise-soleil and colonnade on the south and a protective wall on the north. The entrance is an open space on the upper level. A stair attached to the fireplace leads to the formal rooms below. Alternately, a bridge connects to the upper-level bedrooms. The first court, on the north, is for utilities; the second, on the south, expands living and dining. The third court is enclosed to serve as a nursery and play area. The fourth is used for outdoor living and the pool; the last provides space for gym and karate and leads to the play and garden terraces below. The aim is to dematerialize the house, making it an invisible frame, both in the balance of open and enclosed space and through the selection of materials—glass, white concrete, and black wood.