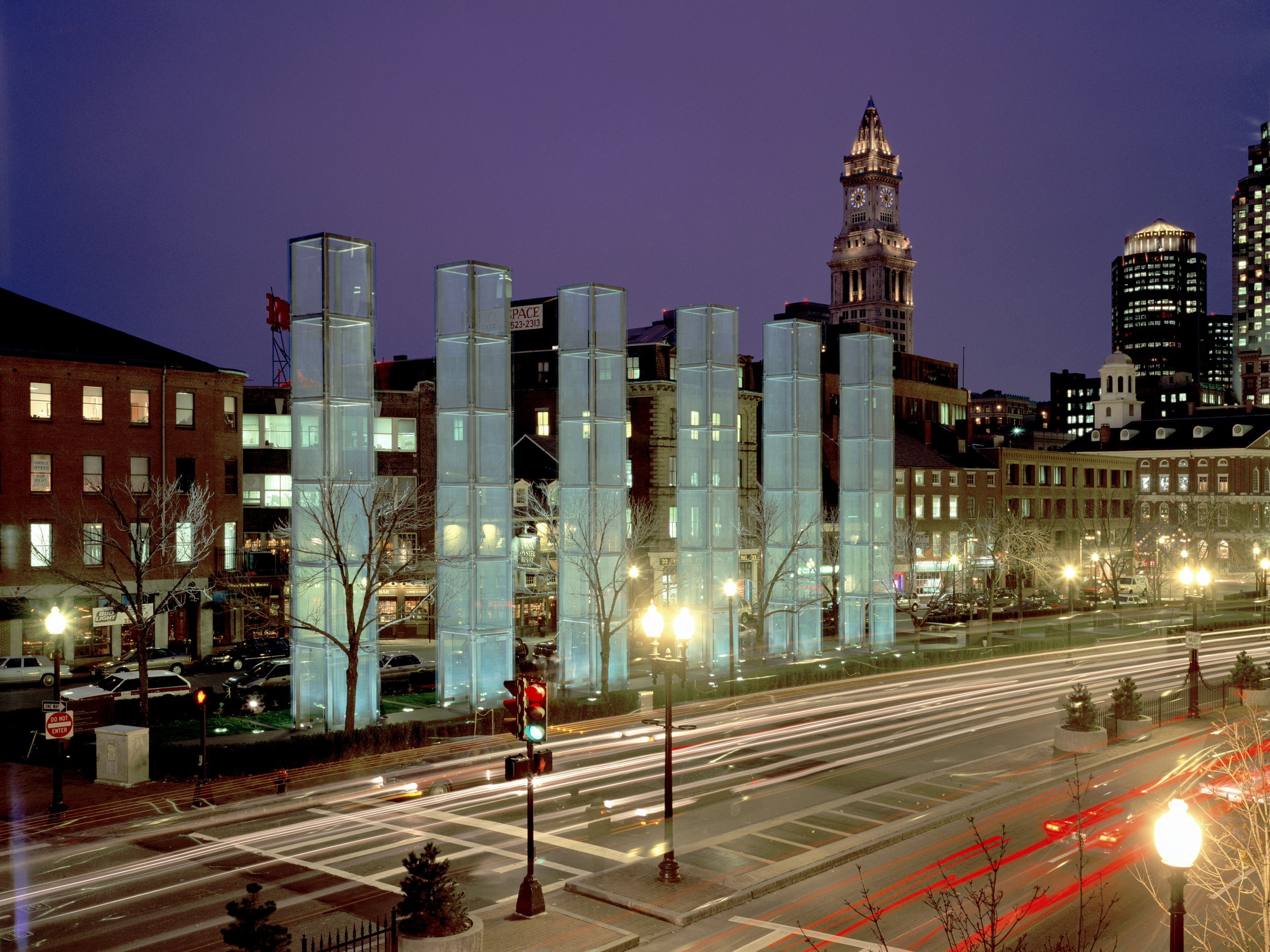 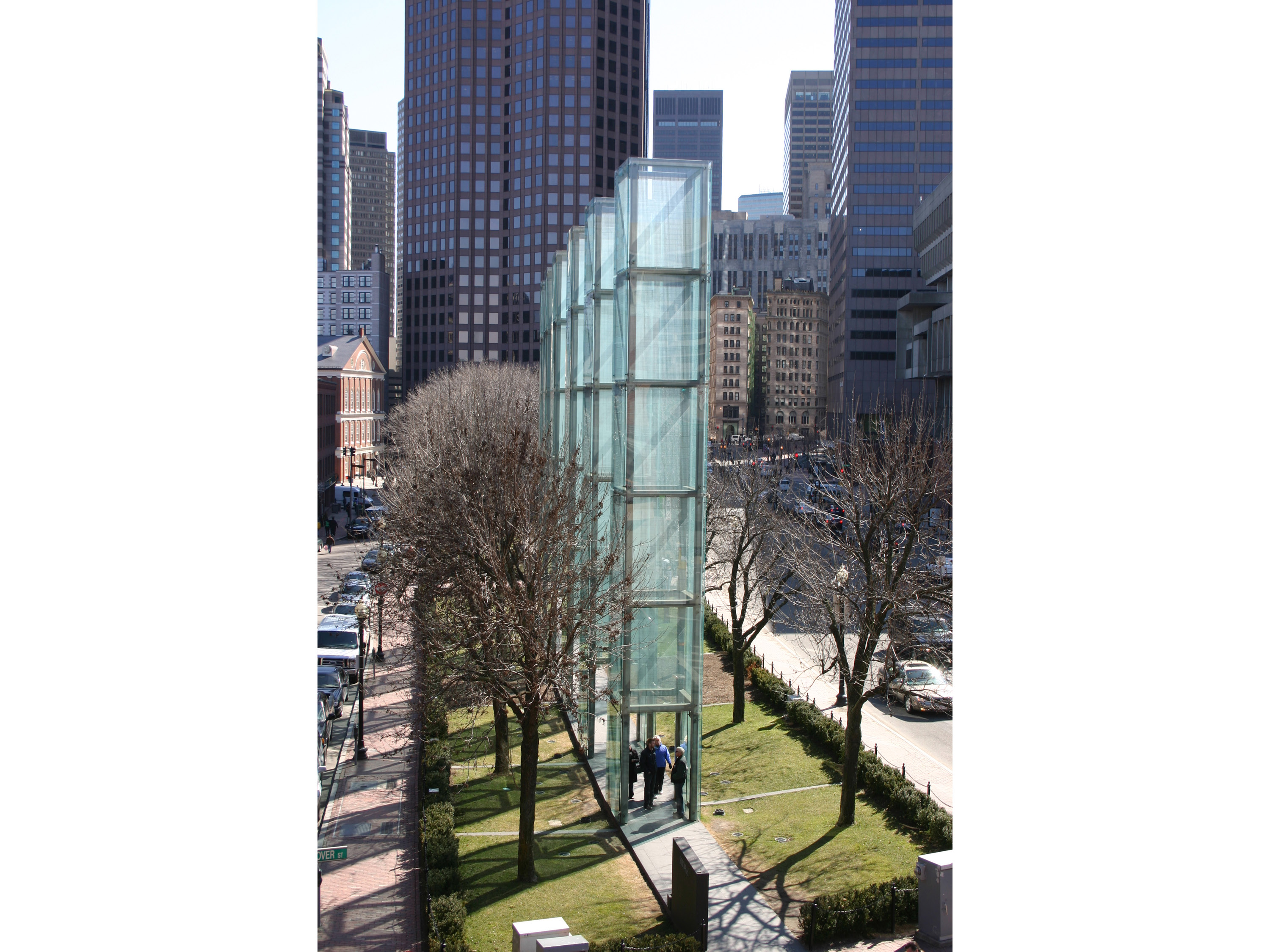 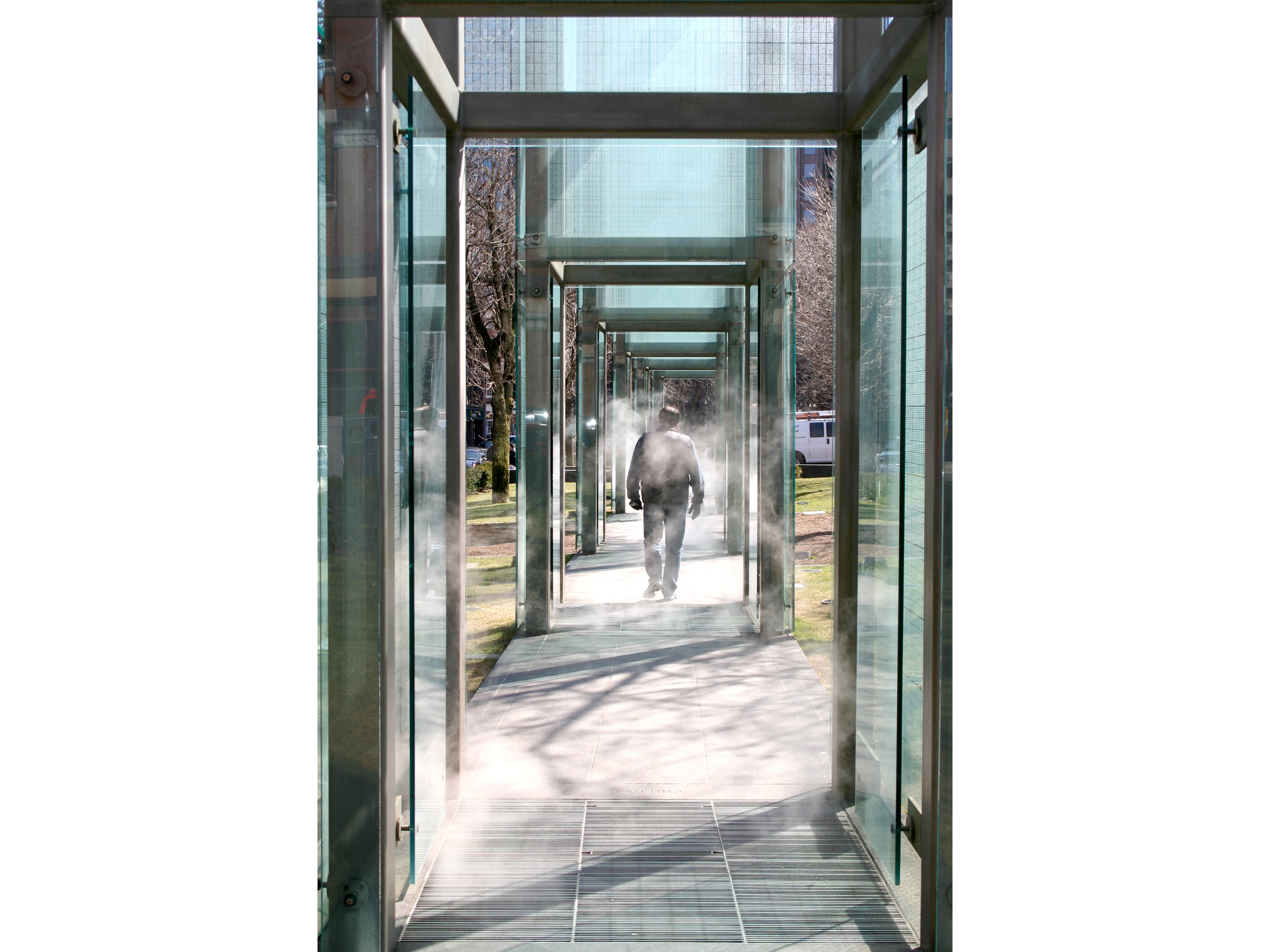 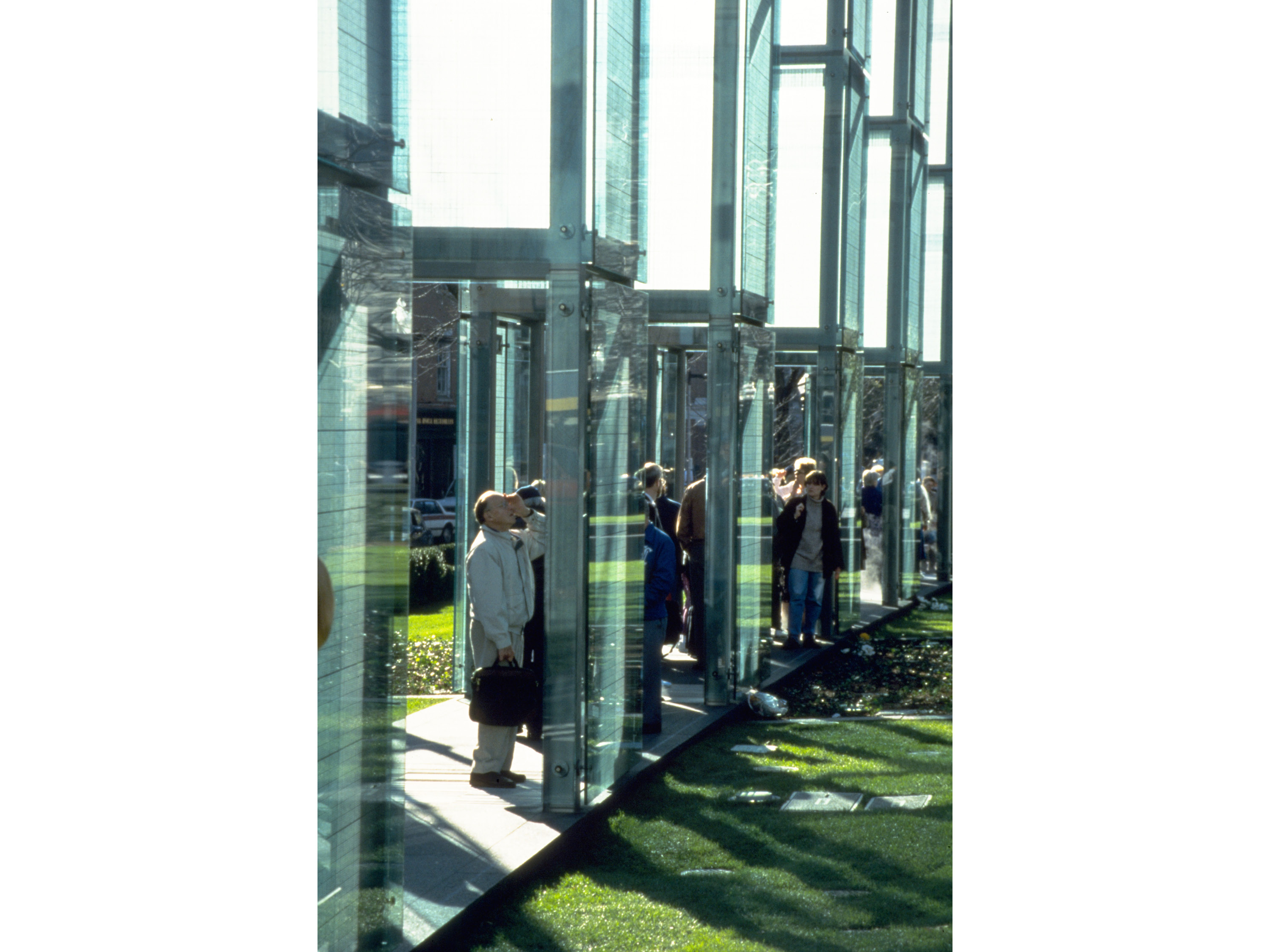 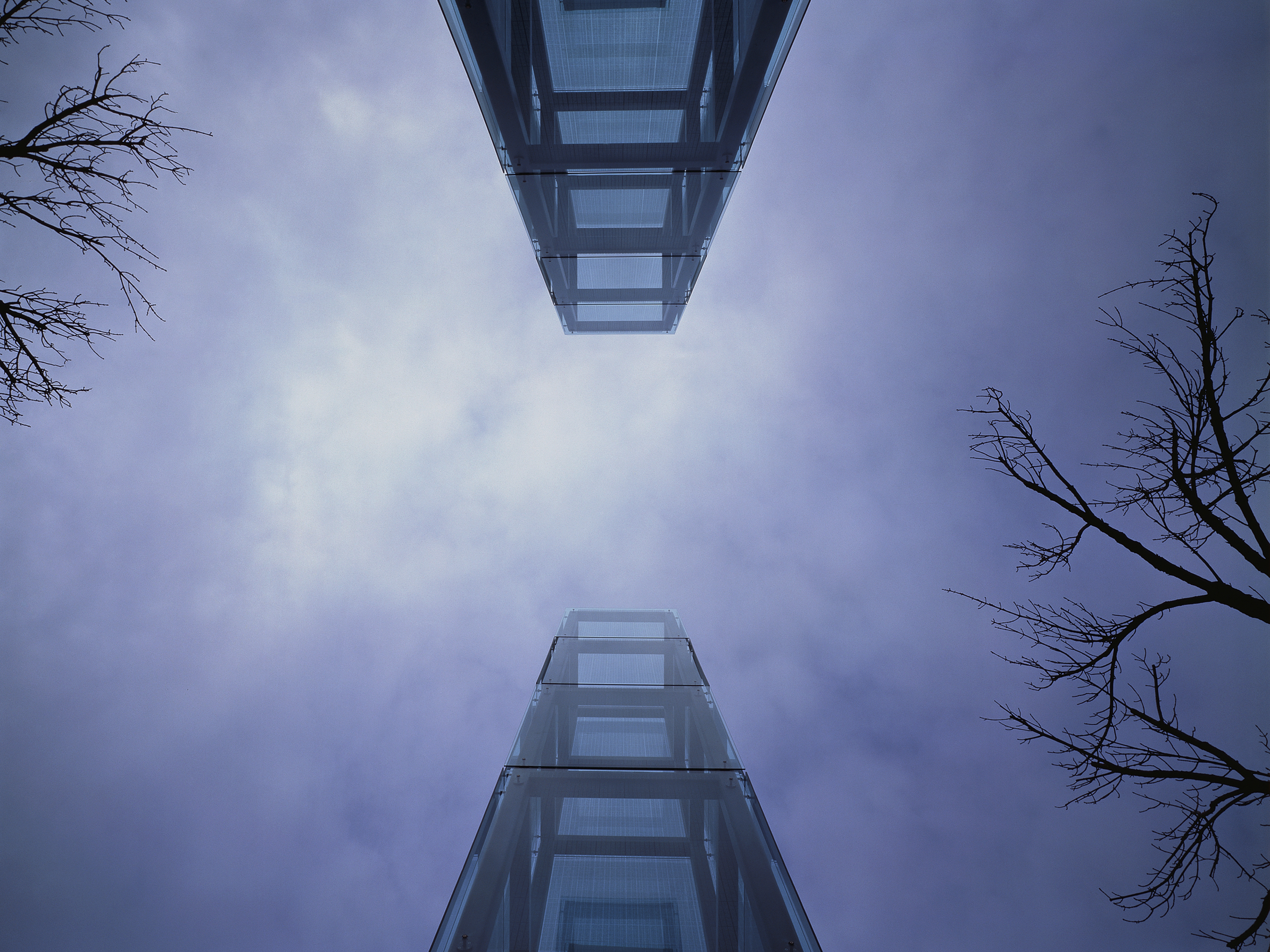 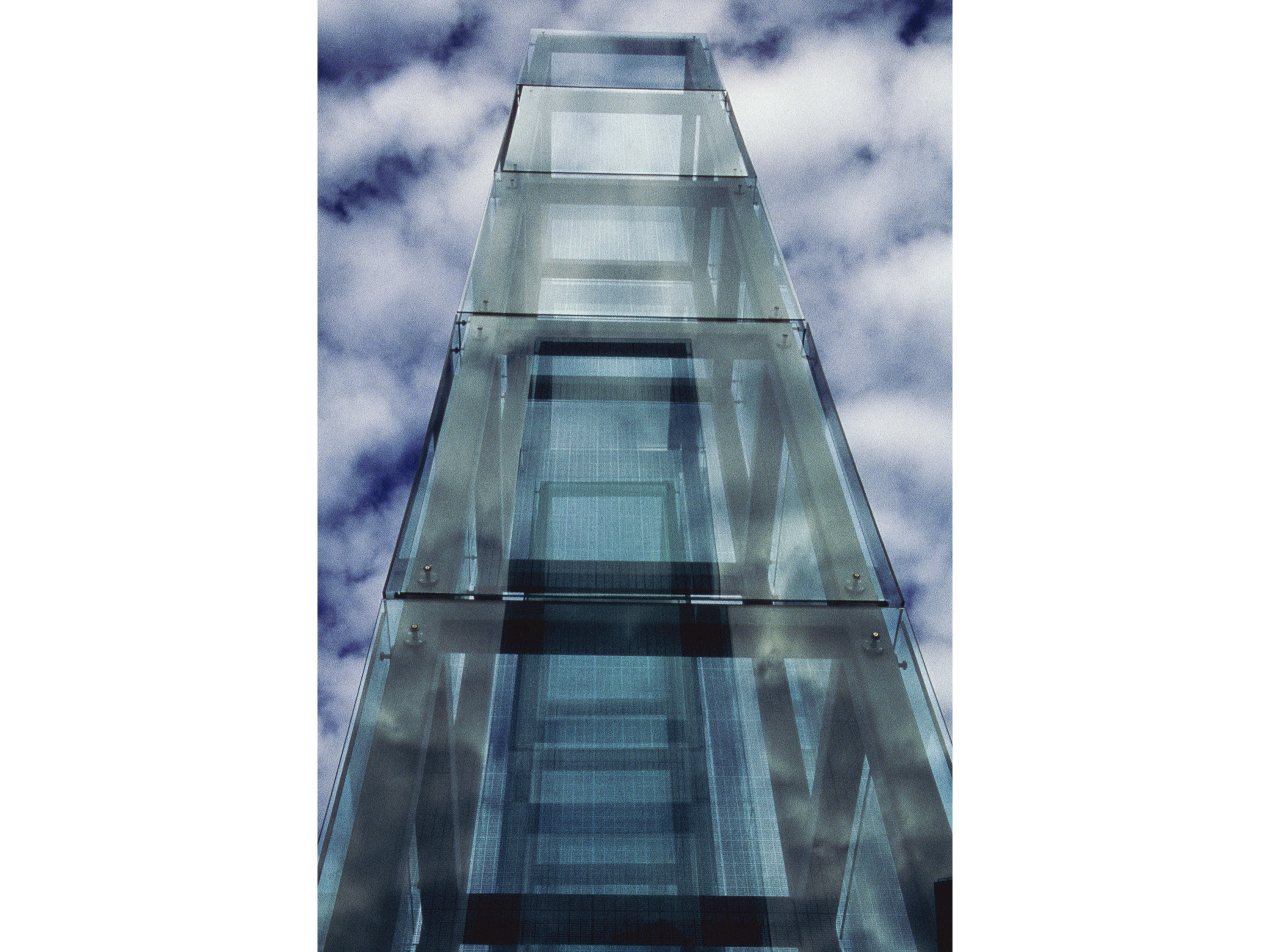 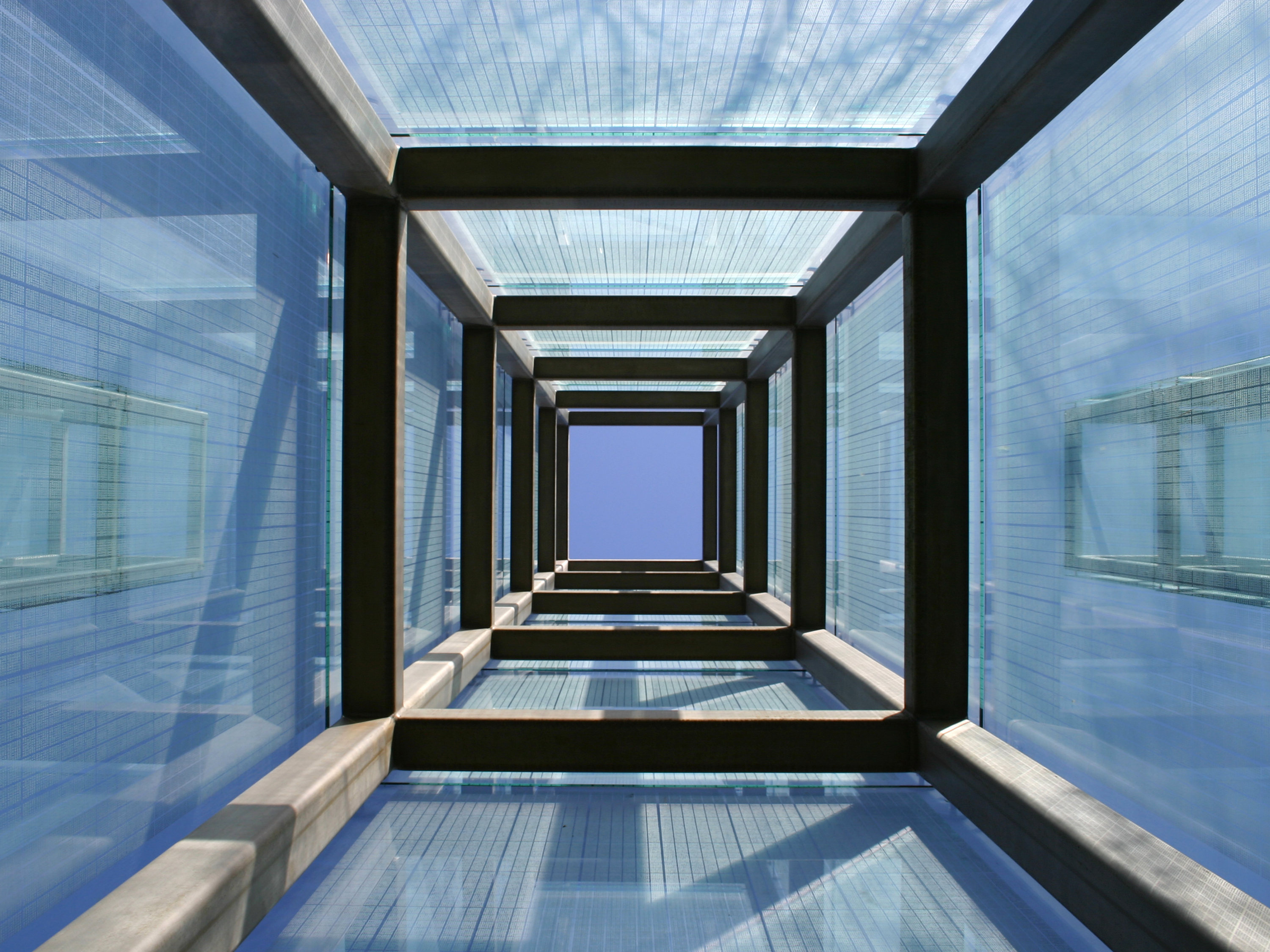 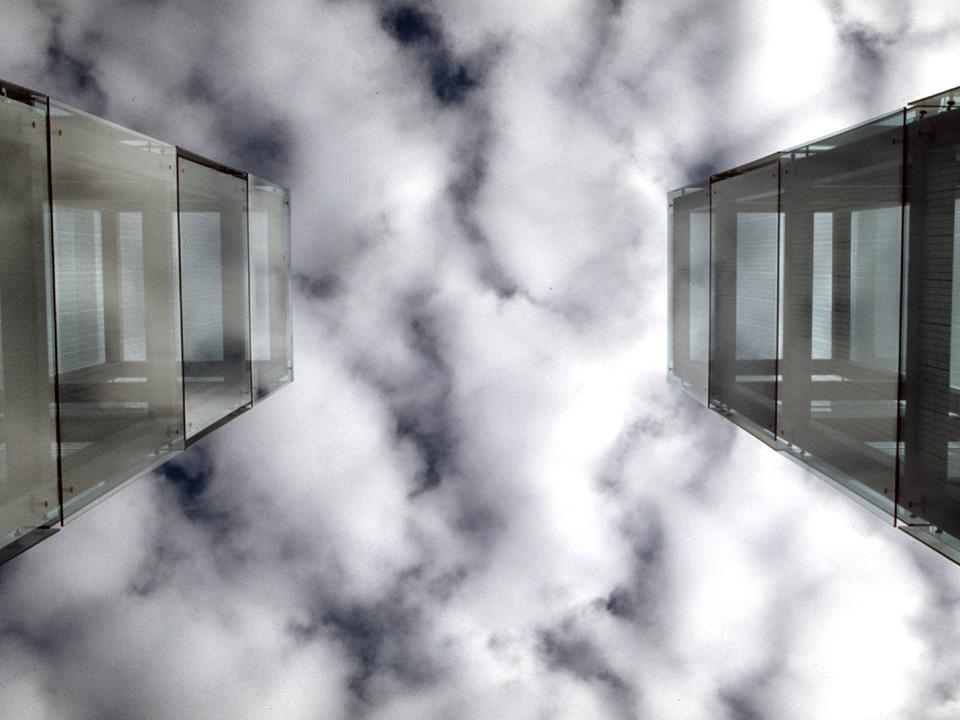 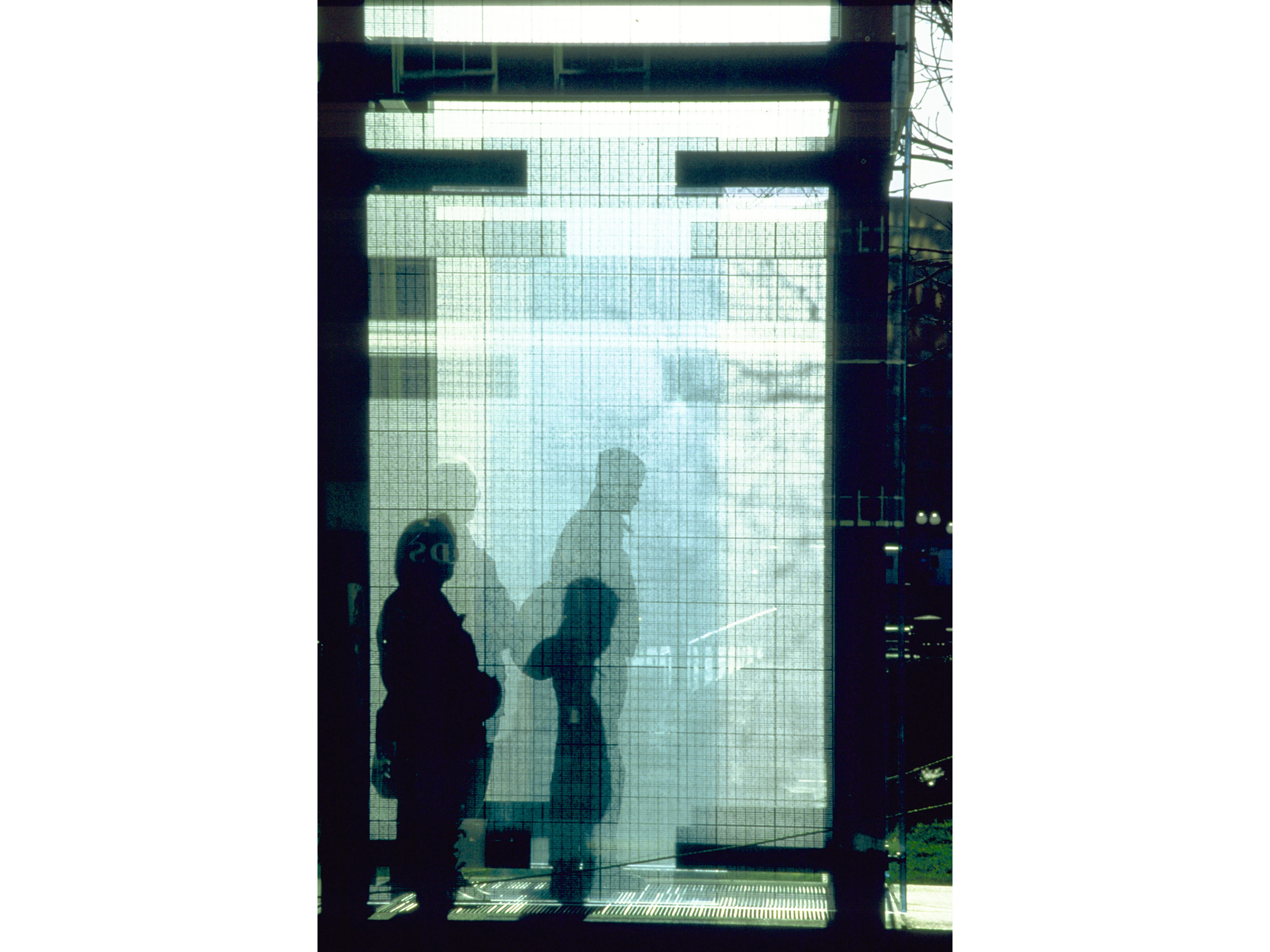 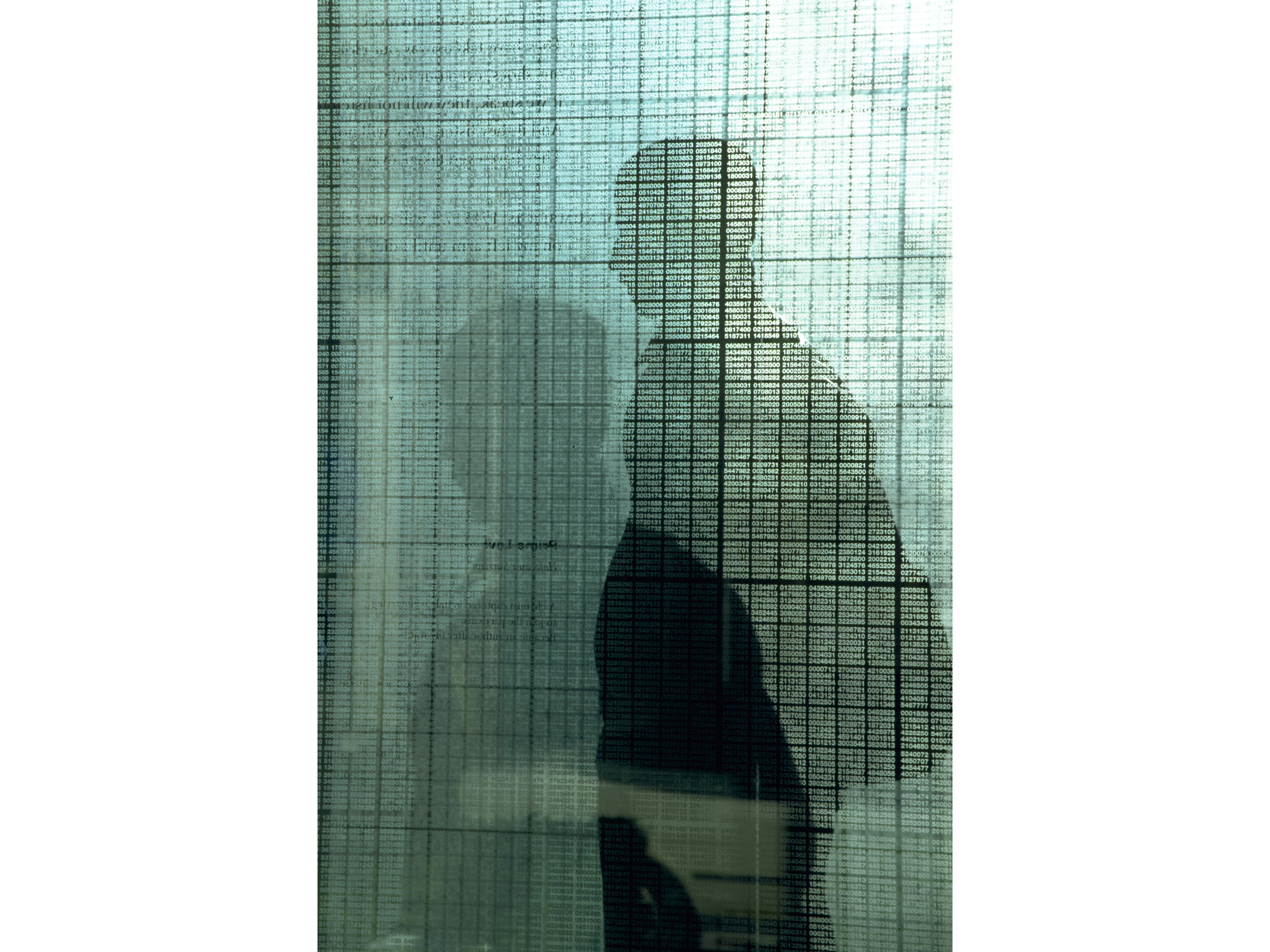 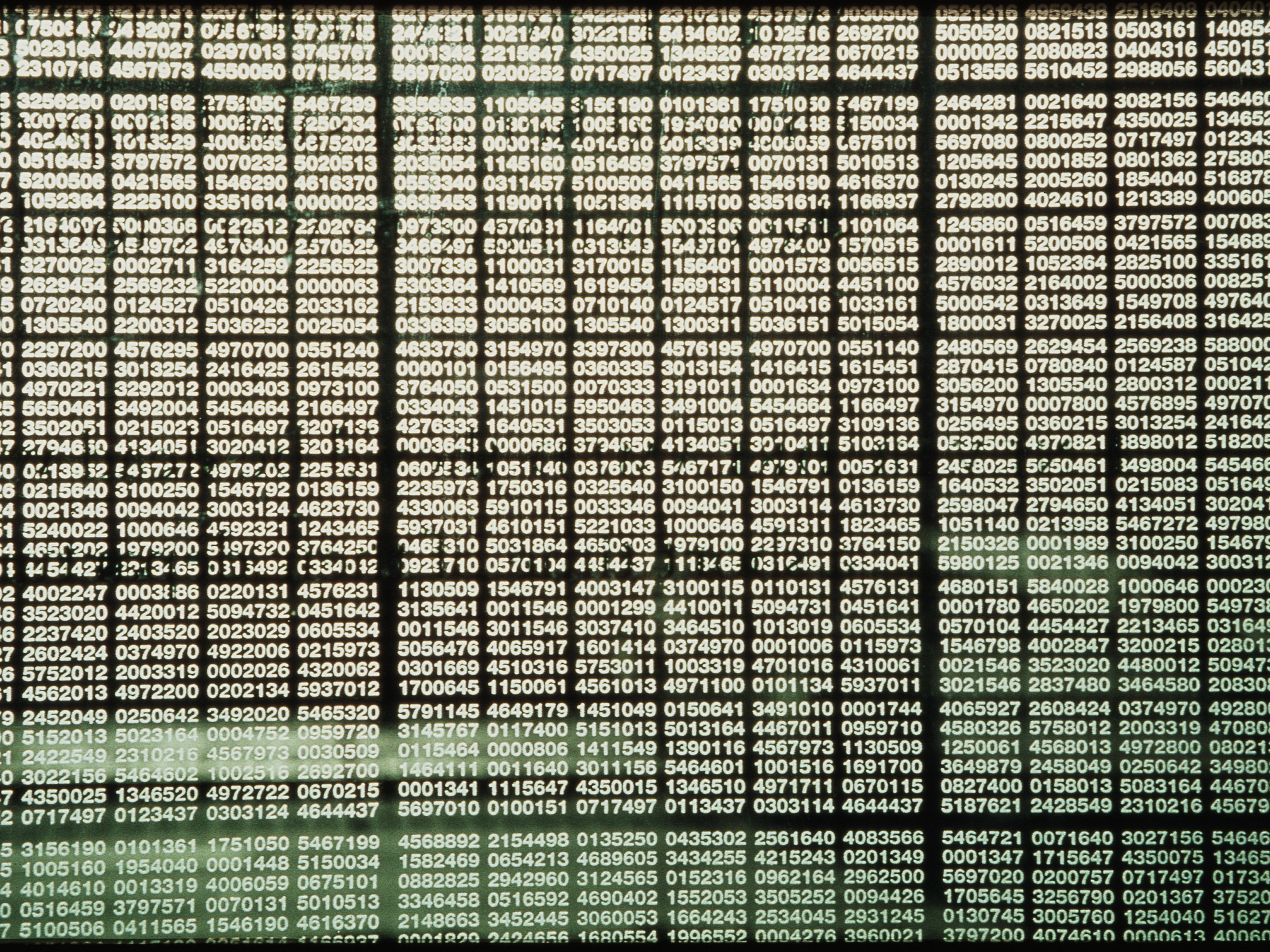 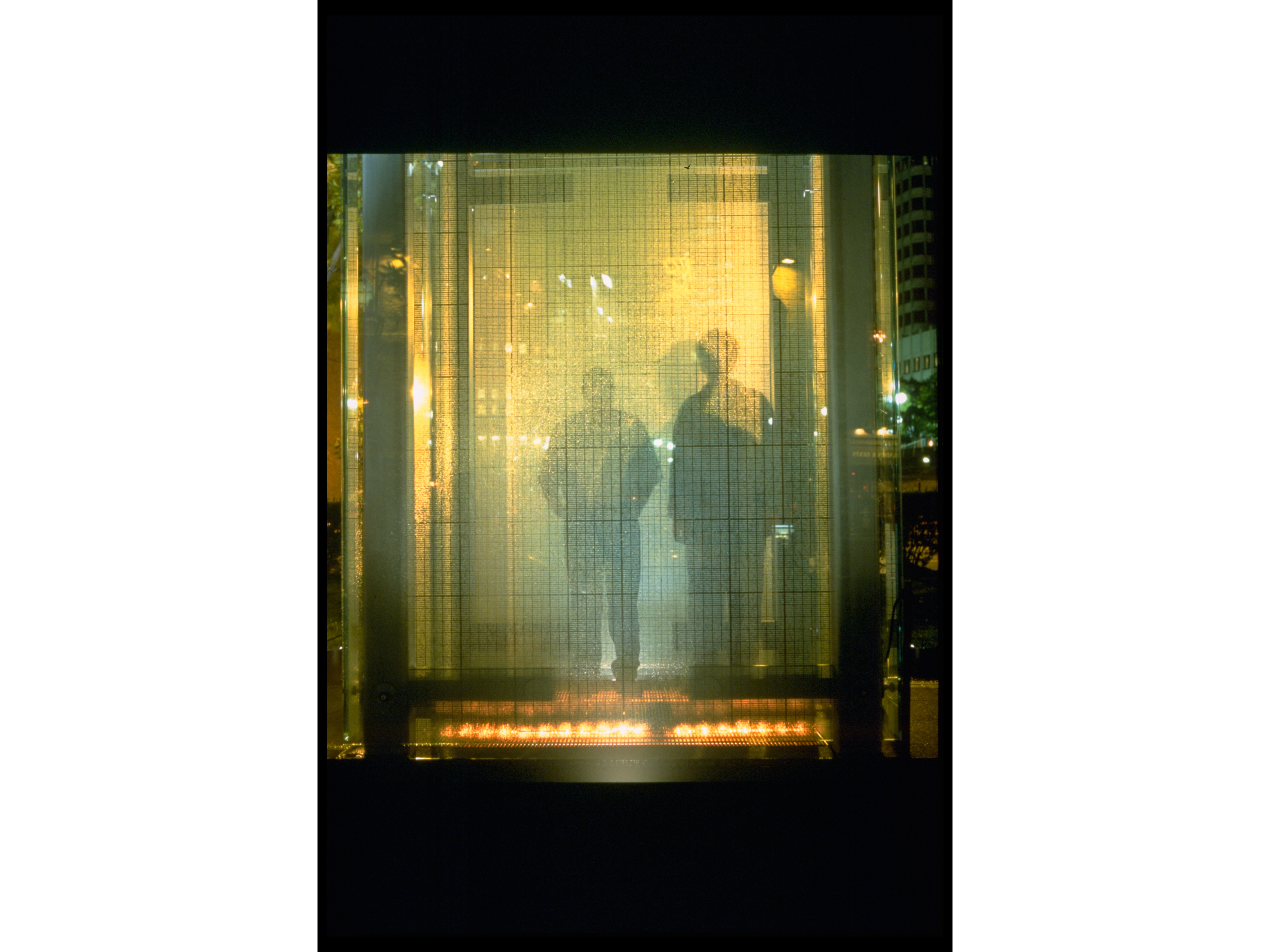 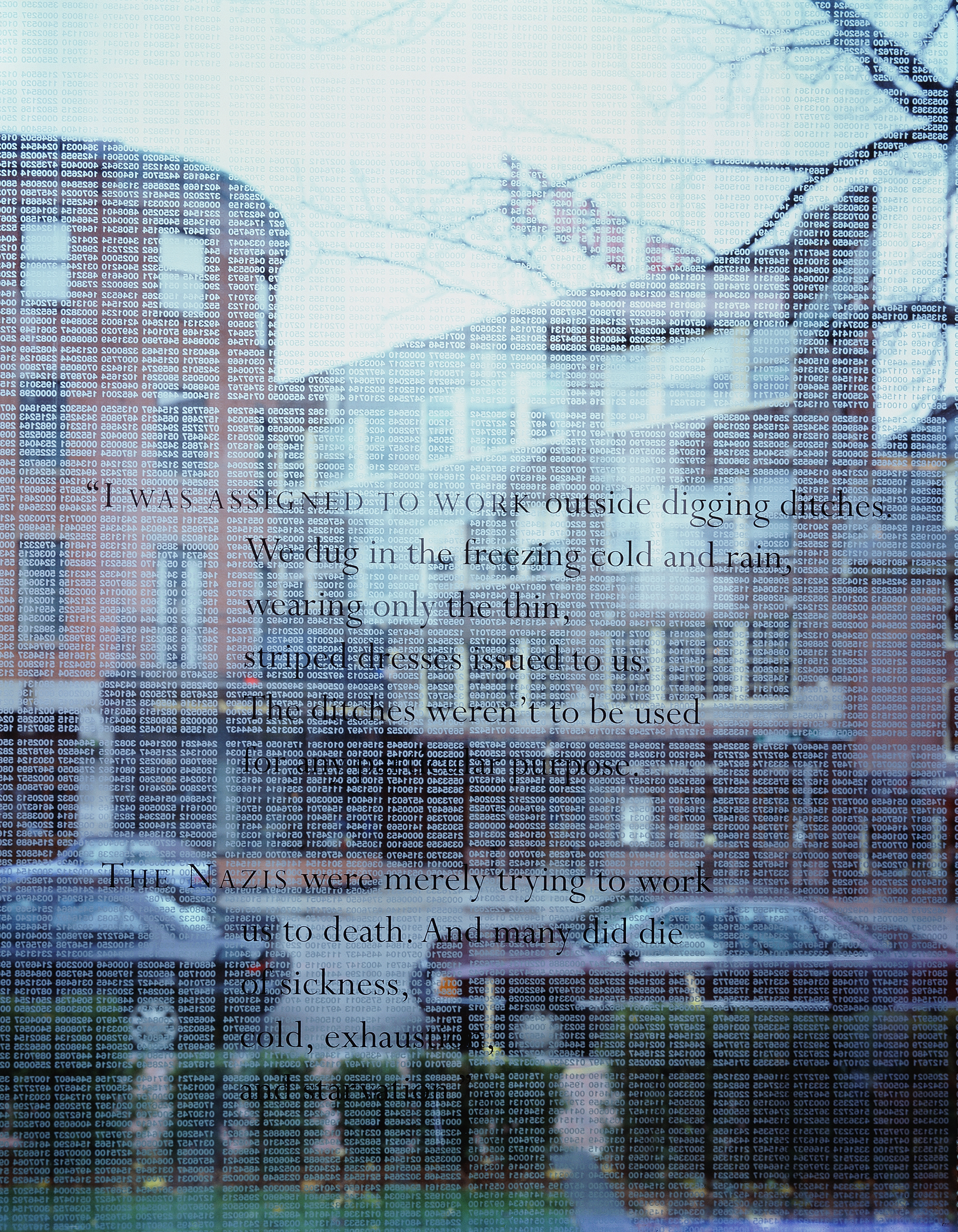 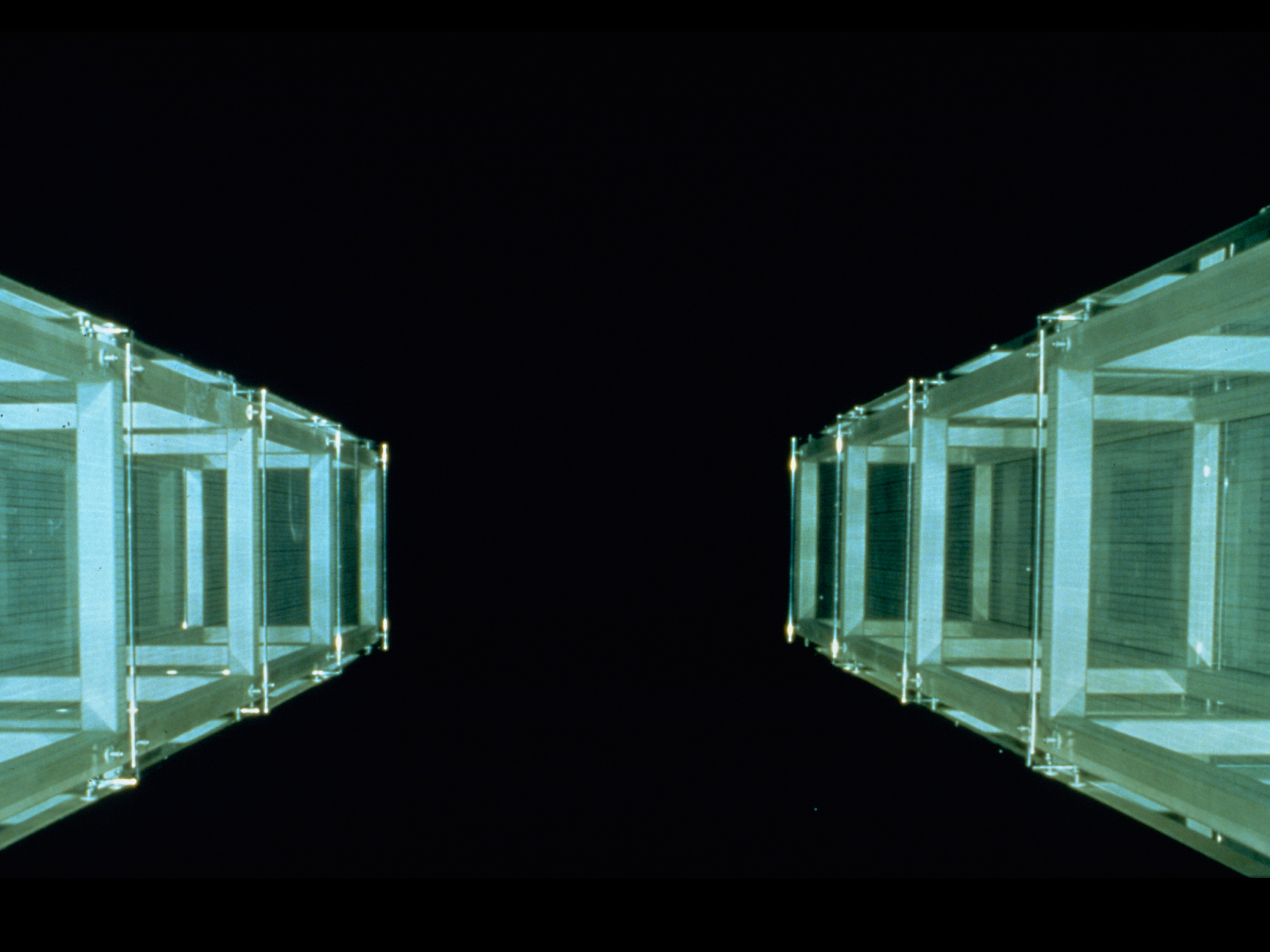 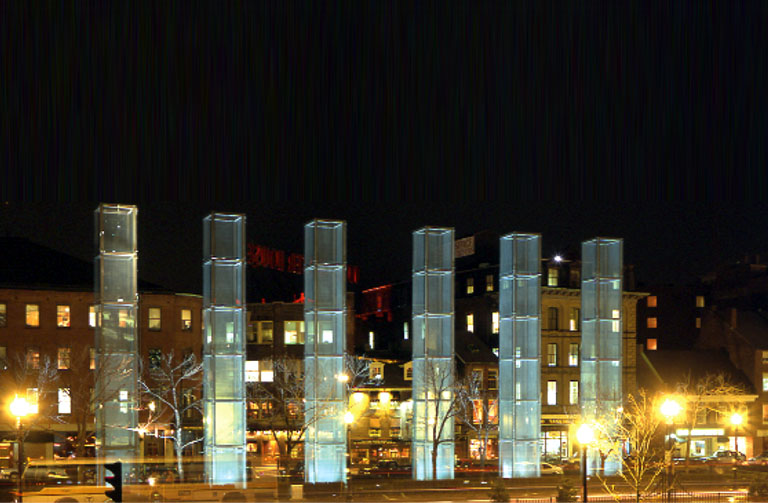 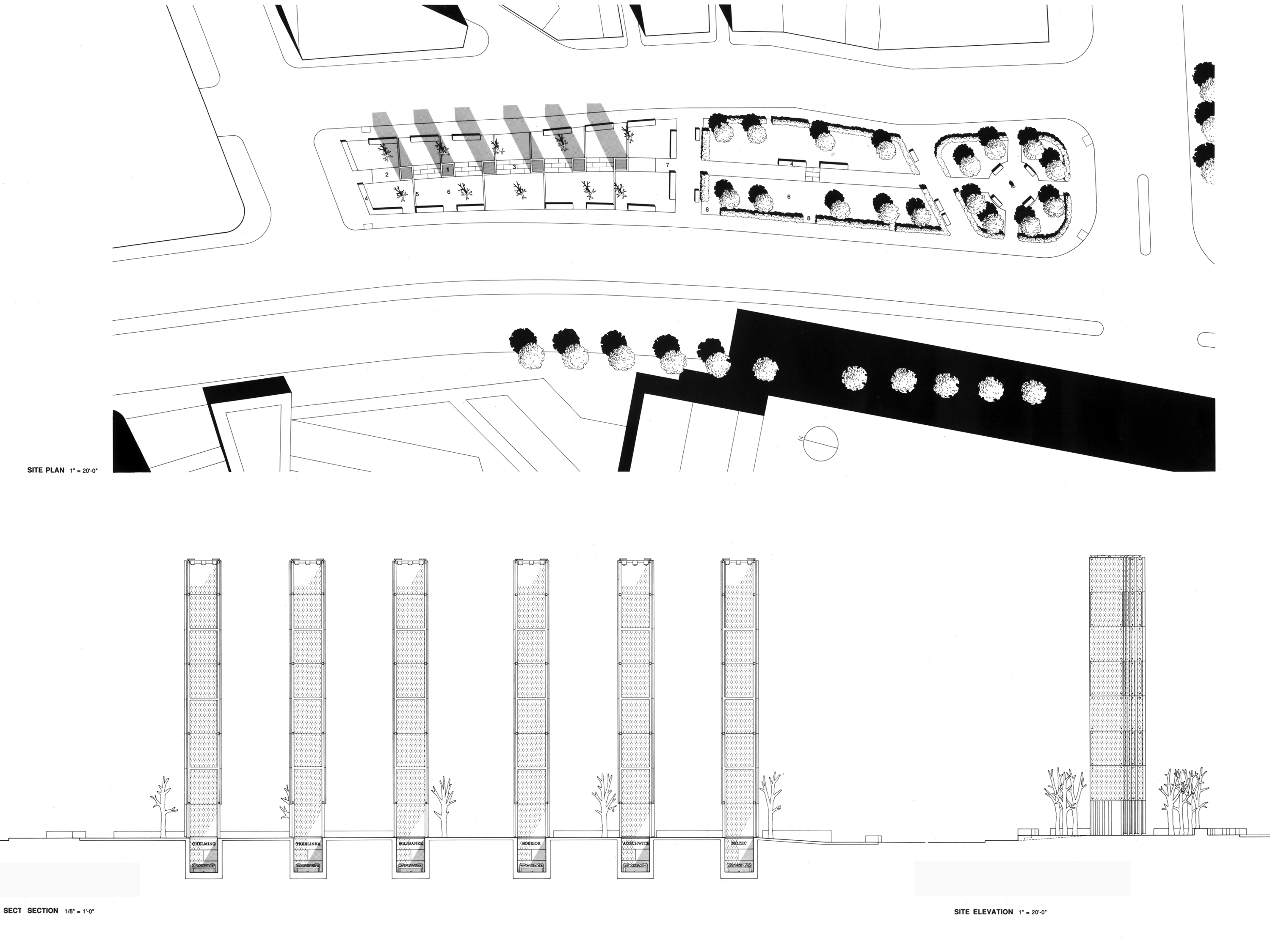 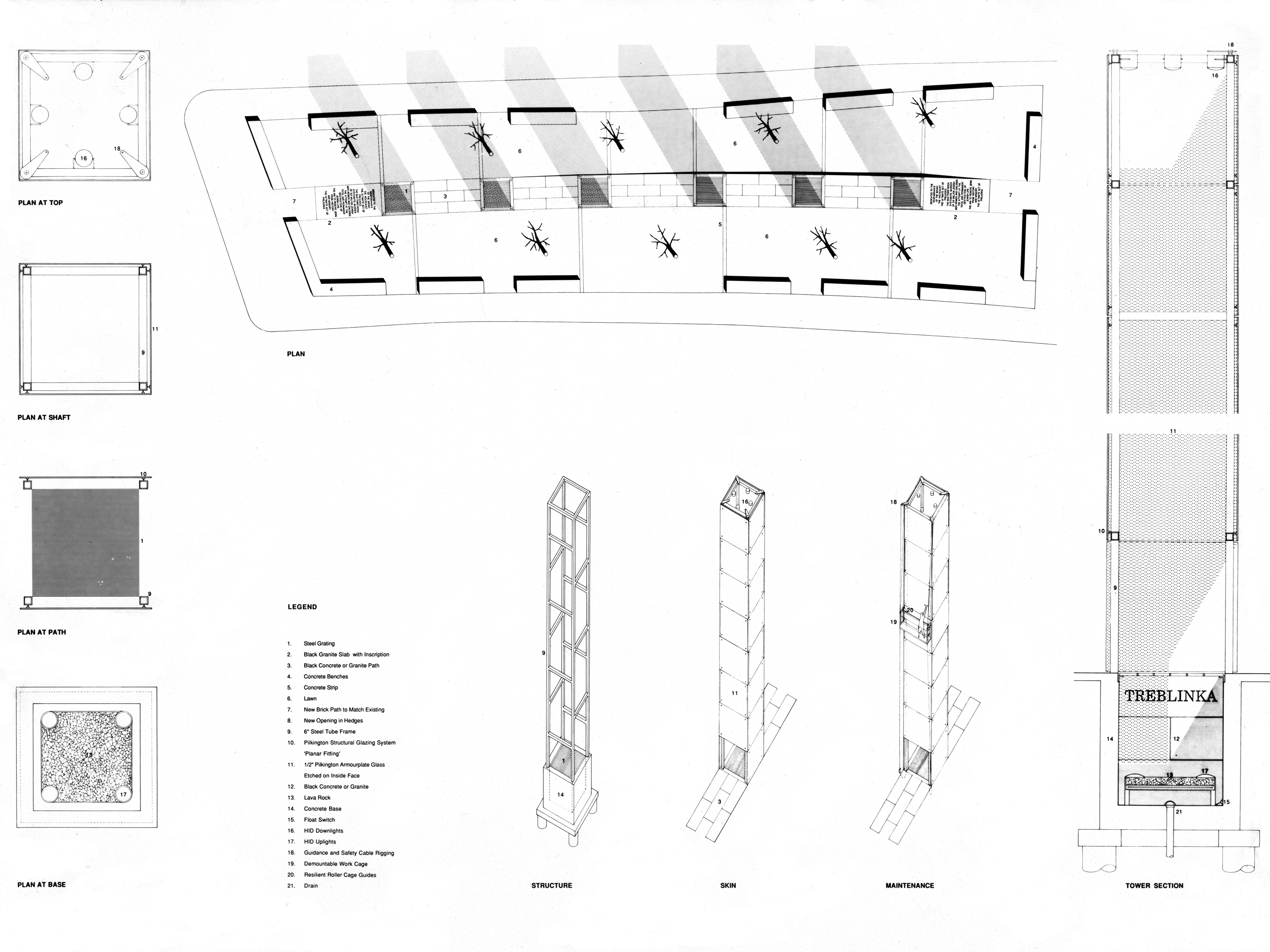 The darkness of the Holocaust is here expressed with light. Among Jews, candles are lit each year on the anniversary of the death of parents and children, in Yiddish, the Yahrtzeit. This memorial to darkness is built with light.

The construction of the memorial began on Holocaust Remembrance Day. | The horror of the Holocaust is reenacted in the brutal cutting of all the trees on half the site. These stumps remain. | Six pits are dug and lined with black concrete. | At the bottom of each pit is a glowing fire. | Six glass towers are raised above. | Once completed, many meanings attach to the memorial.
| Some think of it as six candles, others call it a menorah. | Some a colonnade walling the civic plaza, others six towers of spirit. | Some six columns for six million Jews, others six exhausts of life. | Some call it a city of ice, others remember a ruin of some civilization. | Some speak of six pillars of breath, others six chambers of gas. | Some sit on the benches and are warmed by the fire, others are tattooed by the shadows of numbers as they pass through the towers. | Some think of it as a fragment of Boston City Hall, others call the buried chambers Hell. | Some think the pits of fire are six death camps, others feel the warm air rising up from the ground like human breath as it passes through the glass chimneys to heaven. | Etched on the glass towers are SIX MILLION NUMBERS that flicker with light. | On the black granite ramps is incised REMEMBER. | Each of the six burning chambers is named after one of the six death camps constructed in Poland, factories whose product was death: CHELMNO TREBLINKA MAJDANEK SOBIBOR
AUSCHWITZ-BIRKENAU BELZEC. | On the walls of each tower, a memory of a survivor from the camp is etched. | Between the towers, a line of text locates the events of the Holocaust in historical context. | At the two entries are didactic panels, one outlining the chronology of events that led to the Wansee Conference and the horrific proposition of establishing the factories of death this memorial marks, the other quoting Pastor Martin Niemoller, who placed responsibility for such evil in the hands of every individual.

As visitors walk along this path, entering the towers, they are tattooed with the shadows of numbers, and trapped momentarily in a theater of horror. At the scale of the city, the memorial has another role: path, colonnade, and frame create urban space, defining edges and relationships with the buildings and city beyond. These six towers are emblems of faith, a covenant of trust that memorializes a collective evil. They are towers of hope and aspiration.