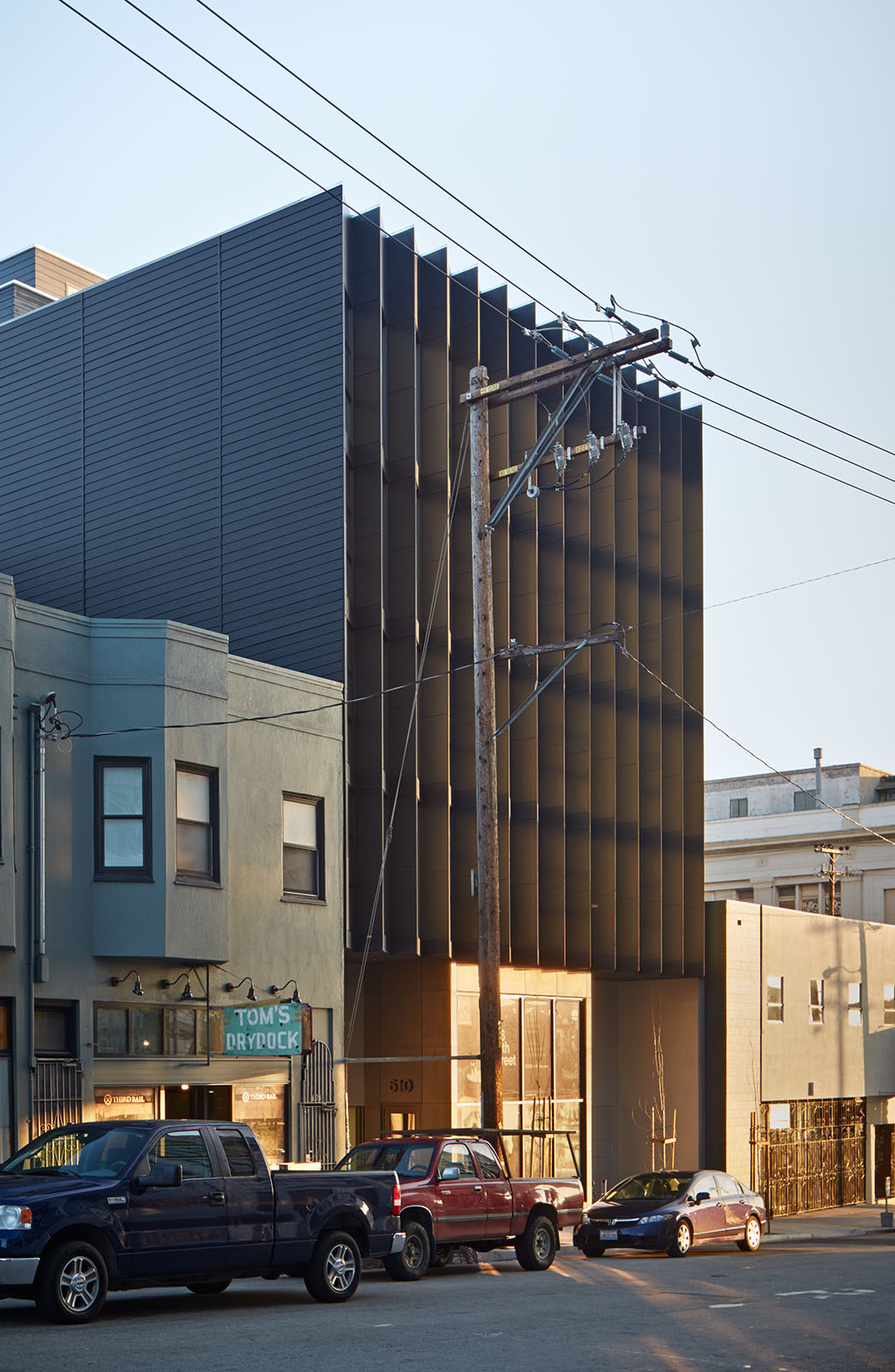 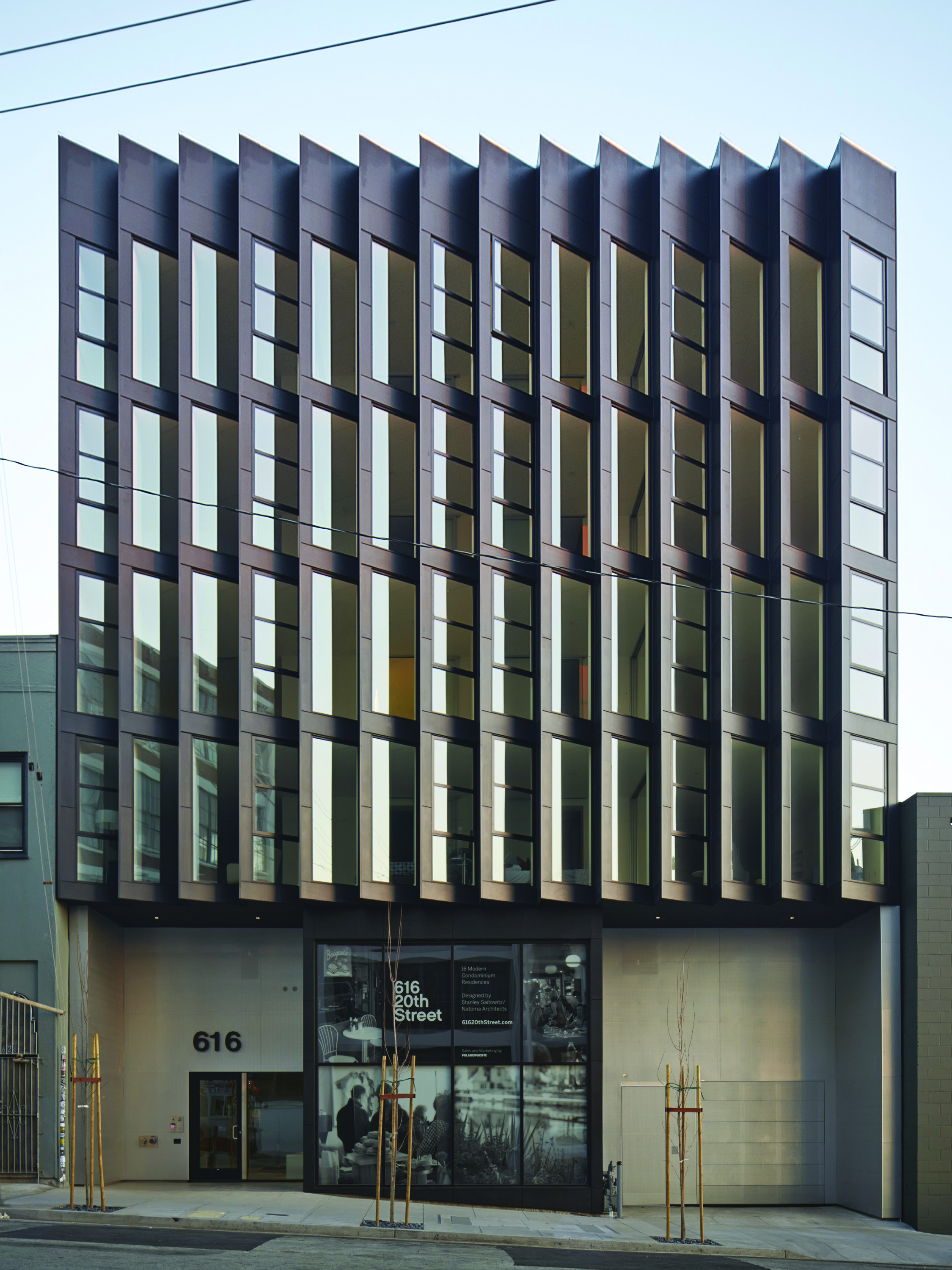 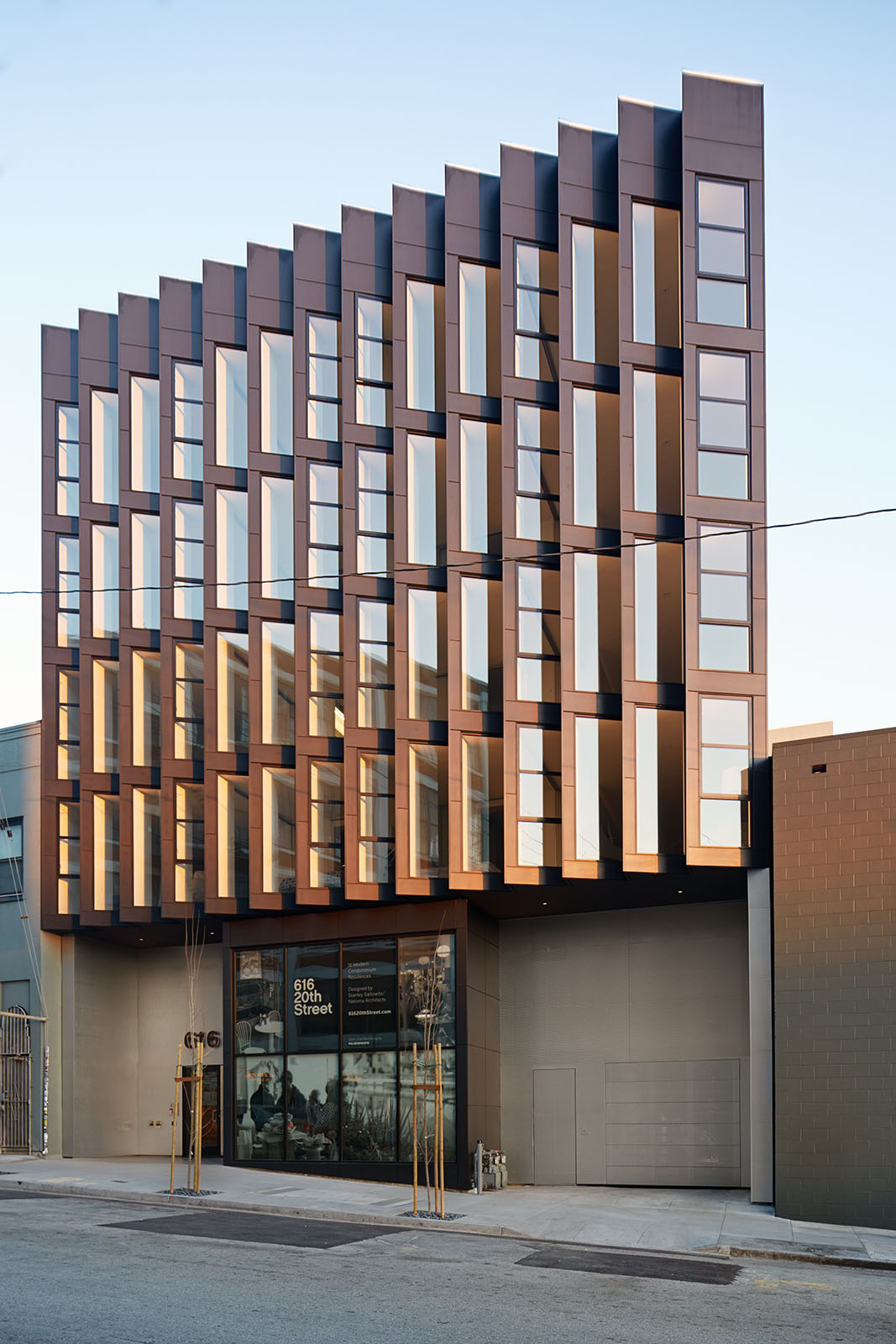 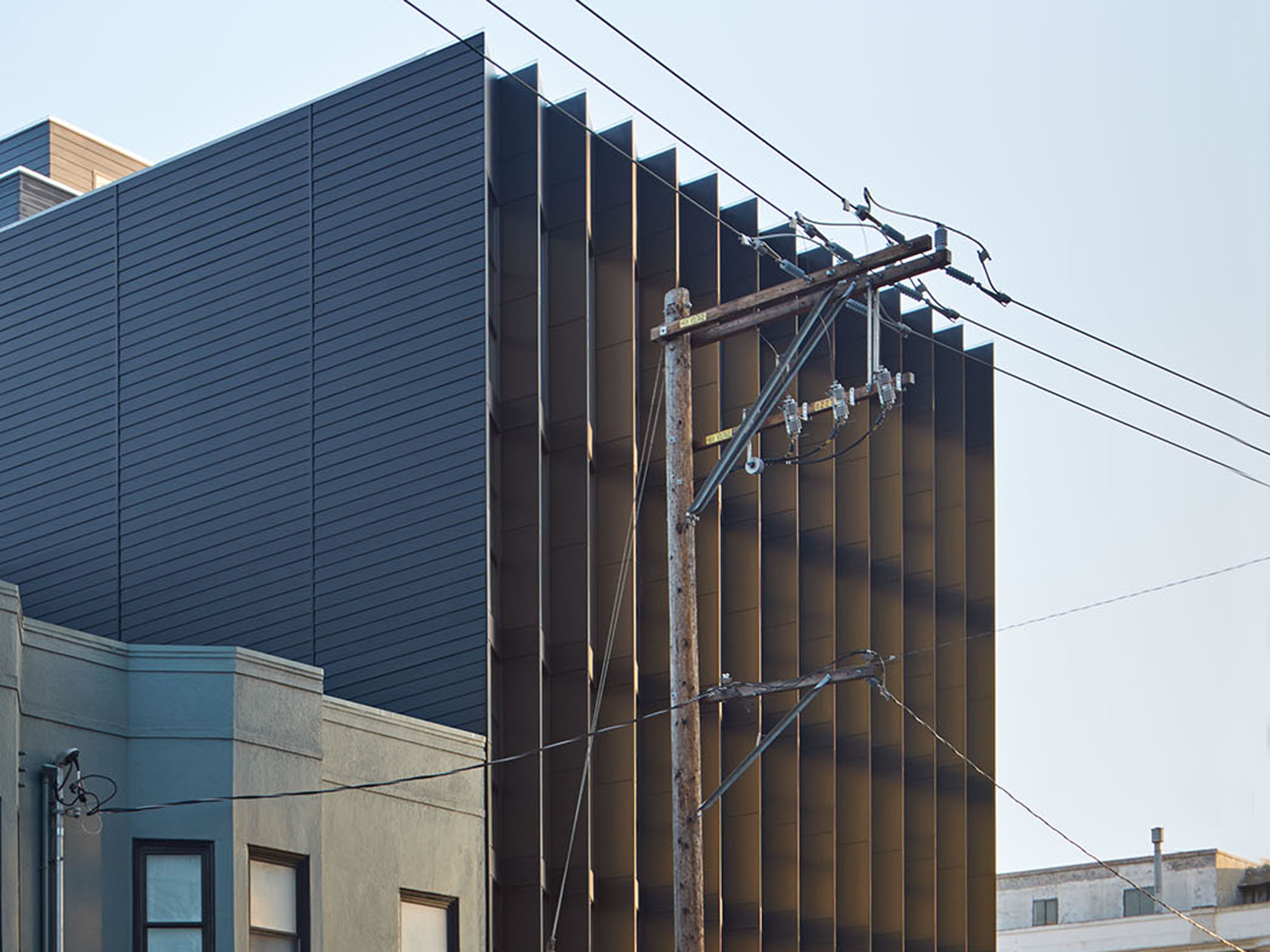 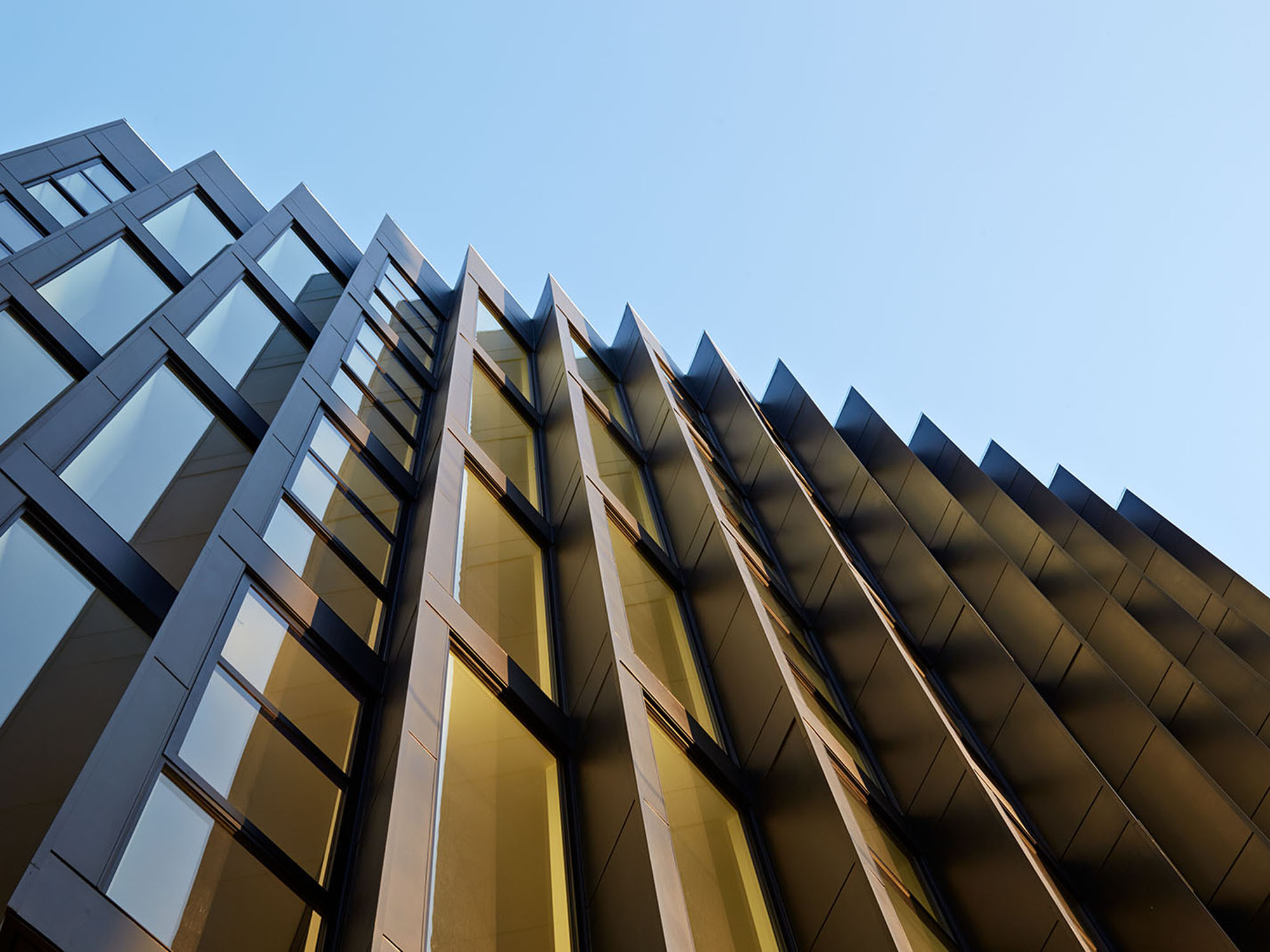 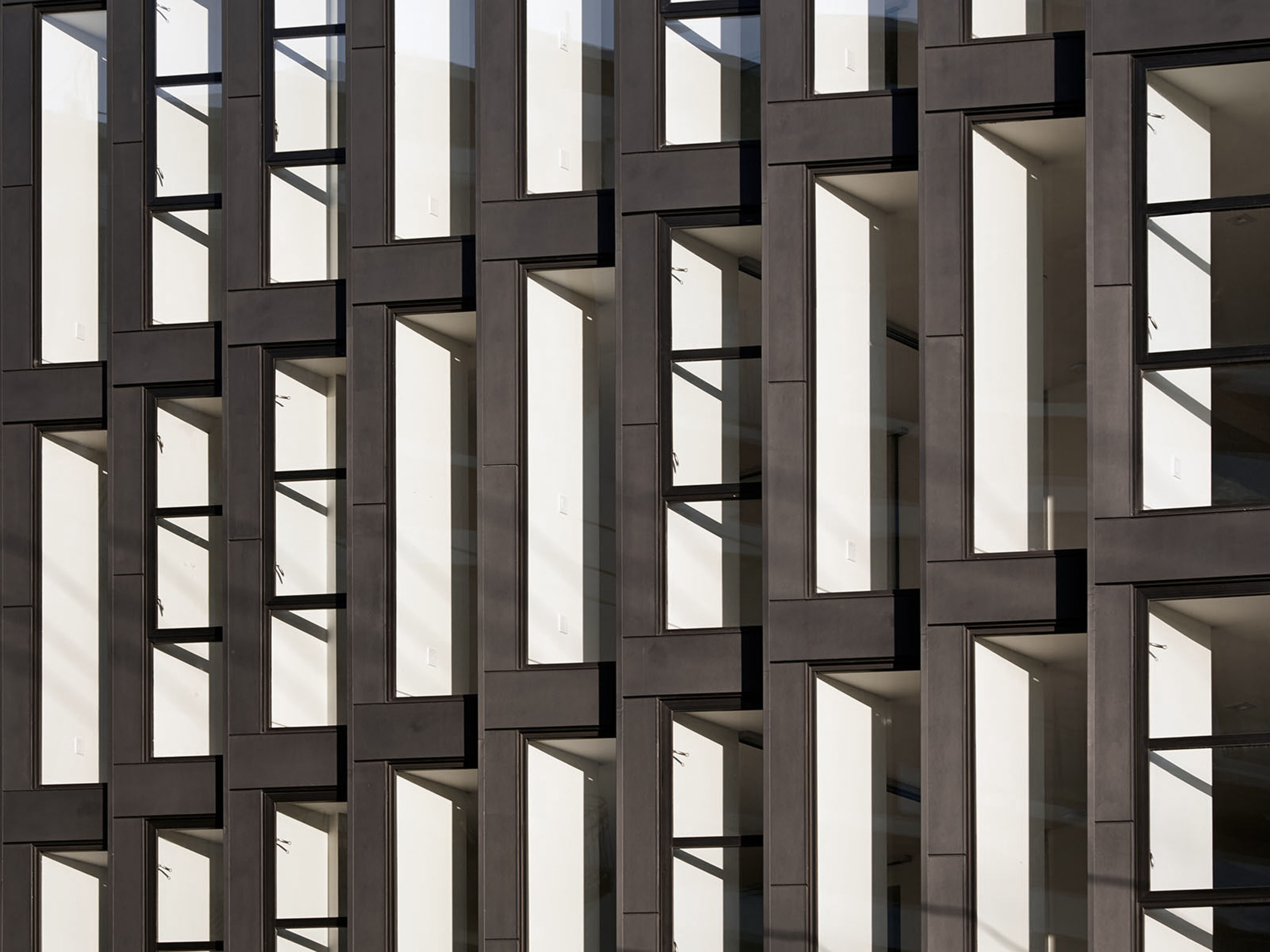 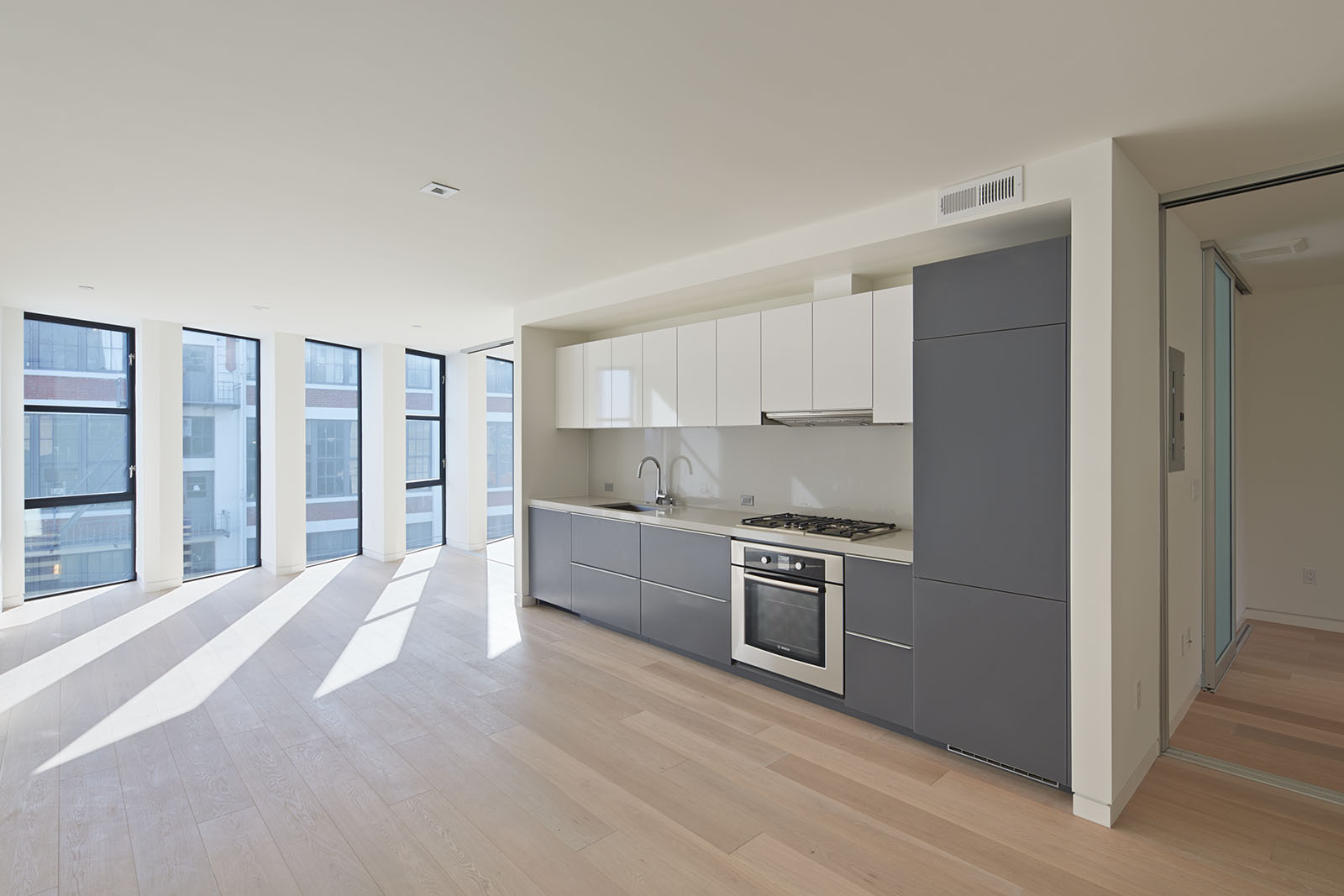 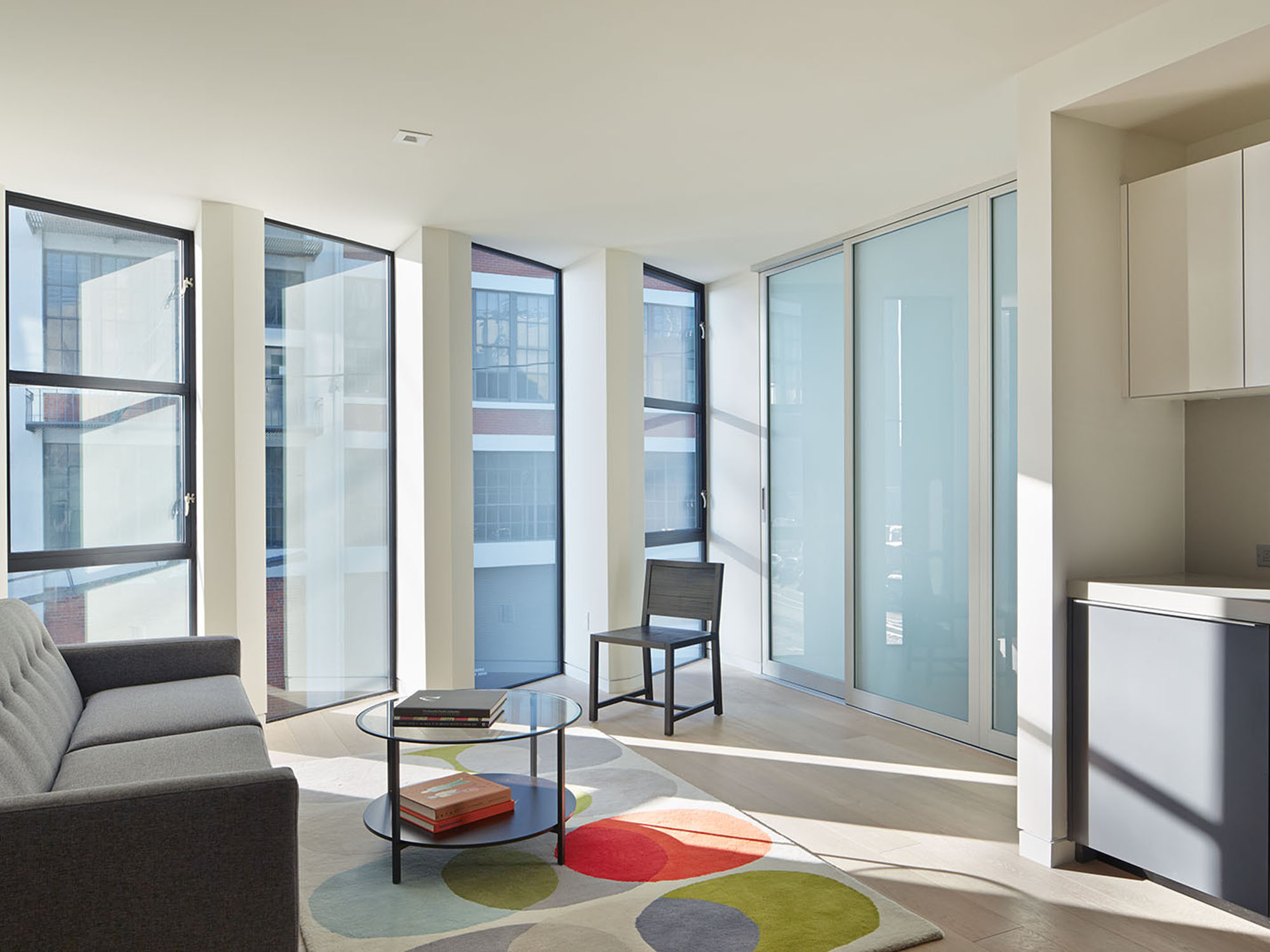 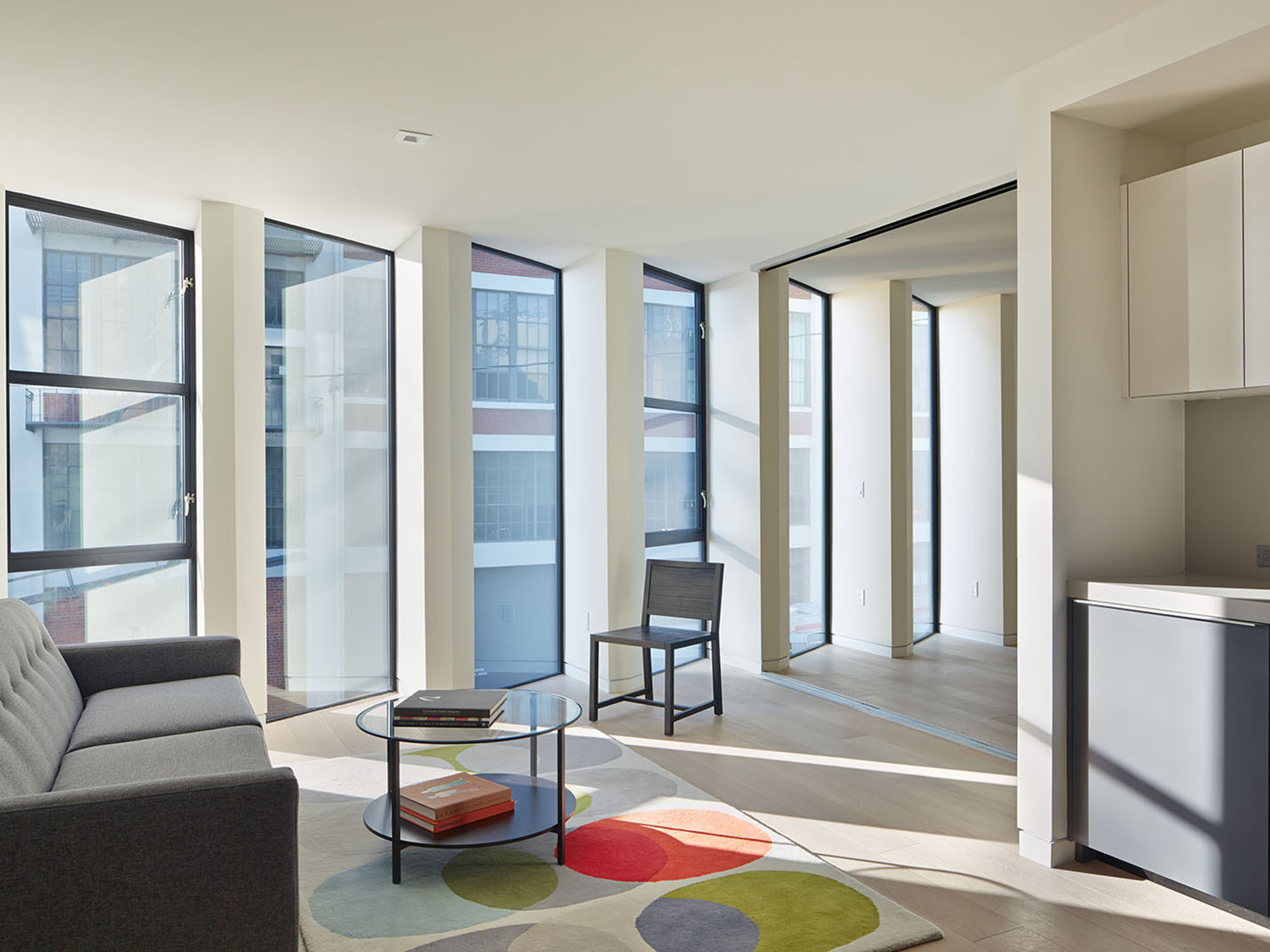 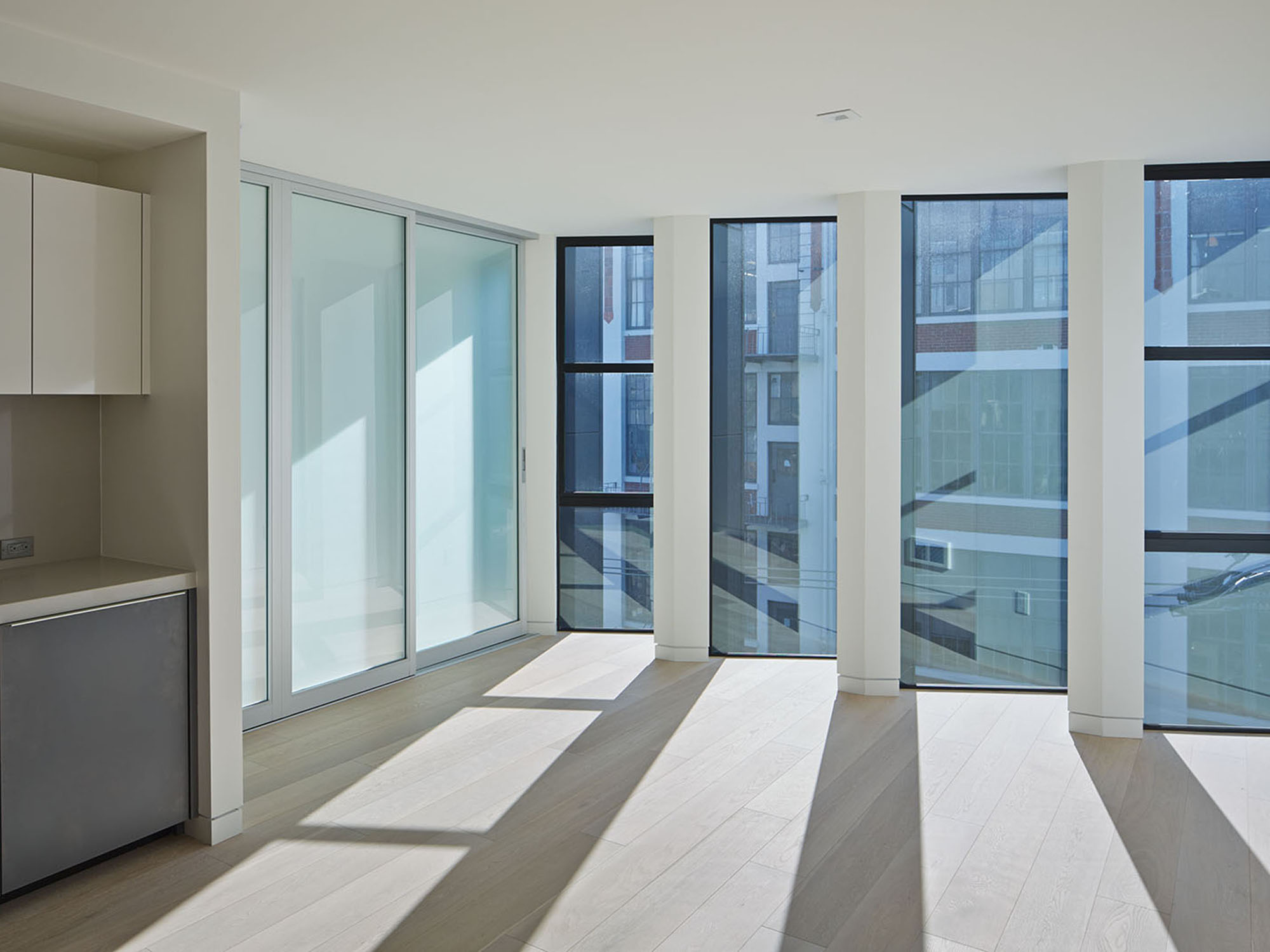 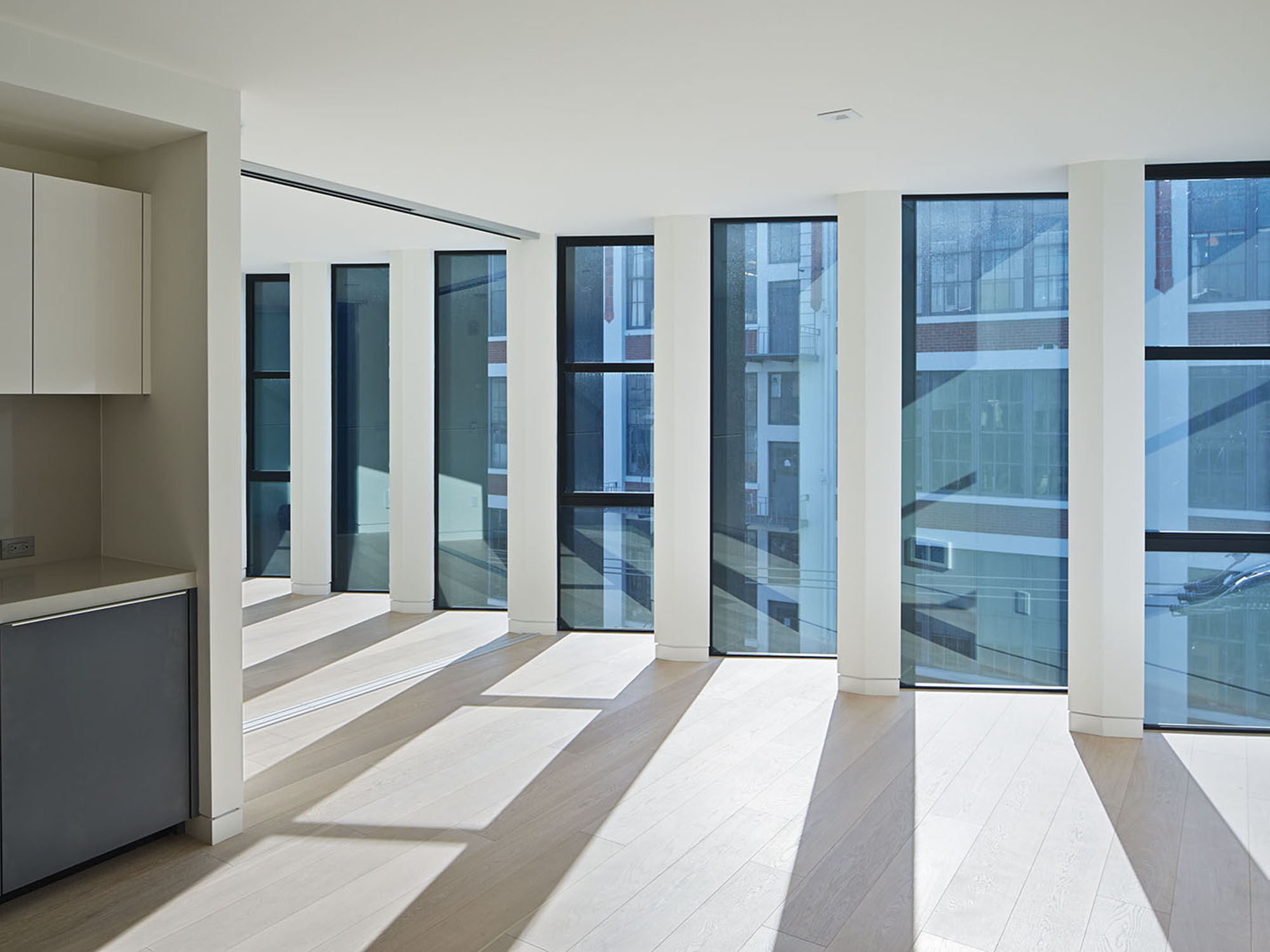 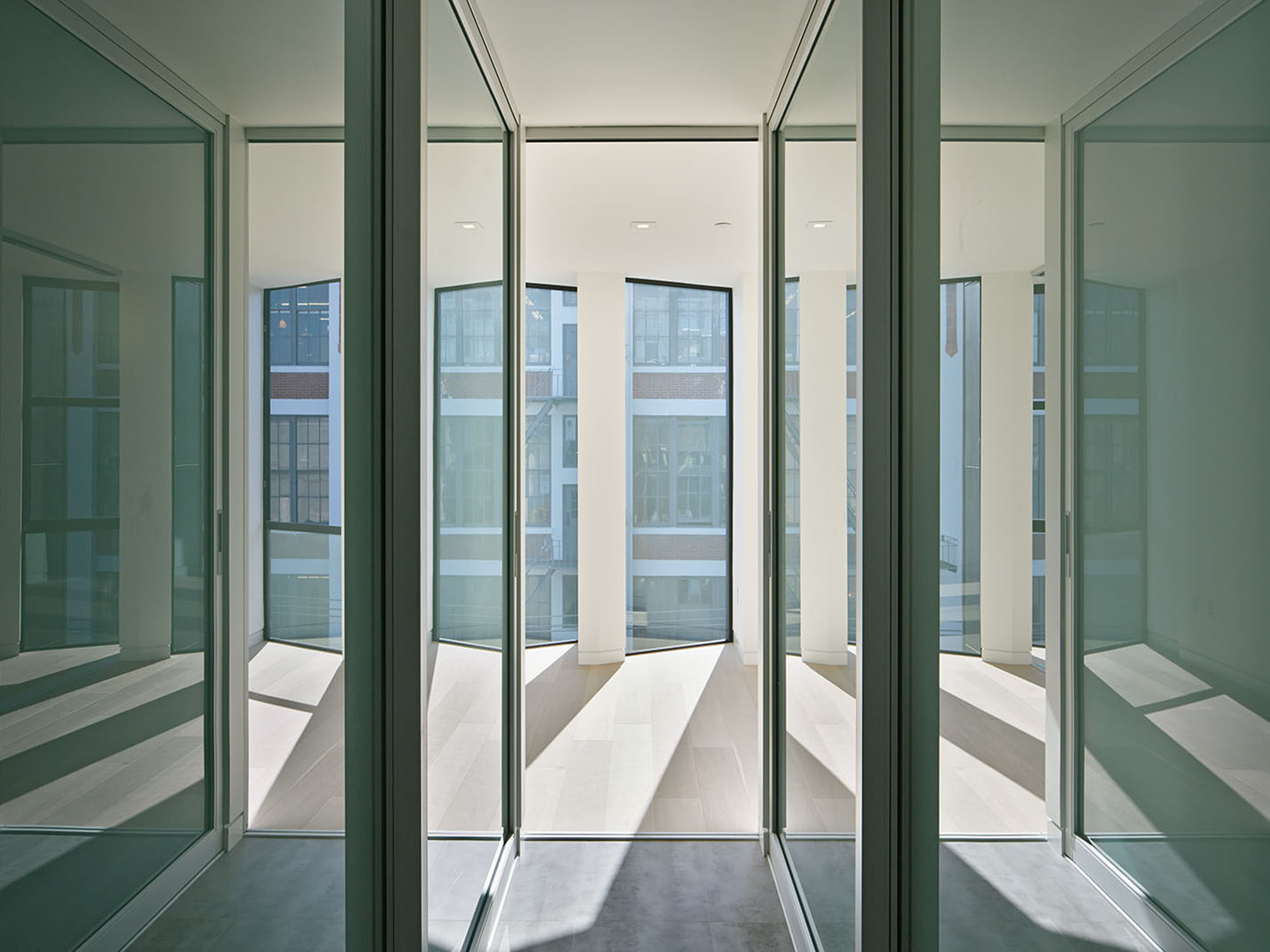 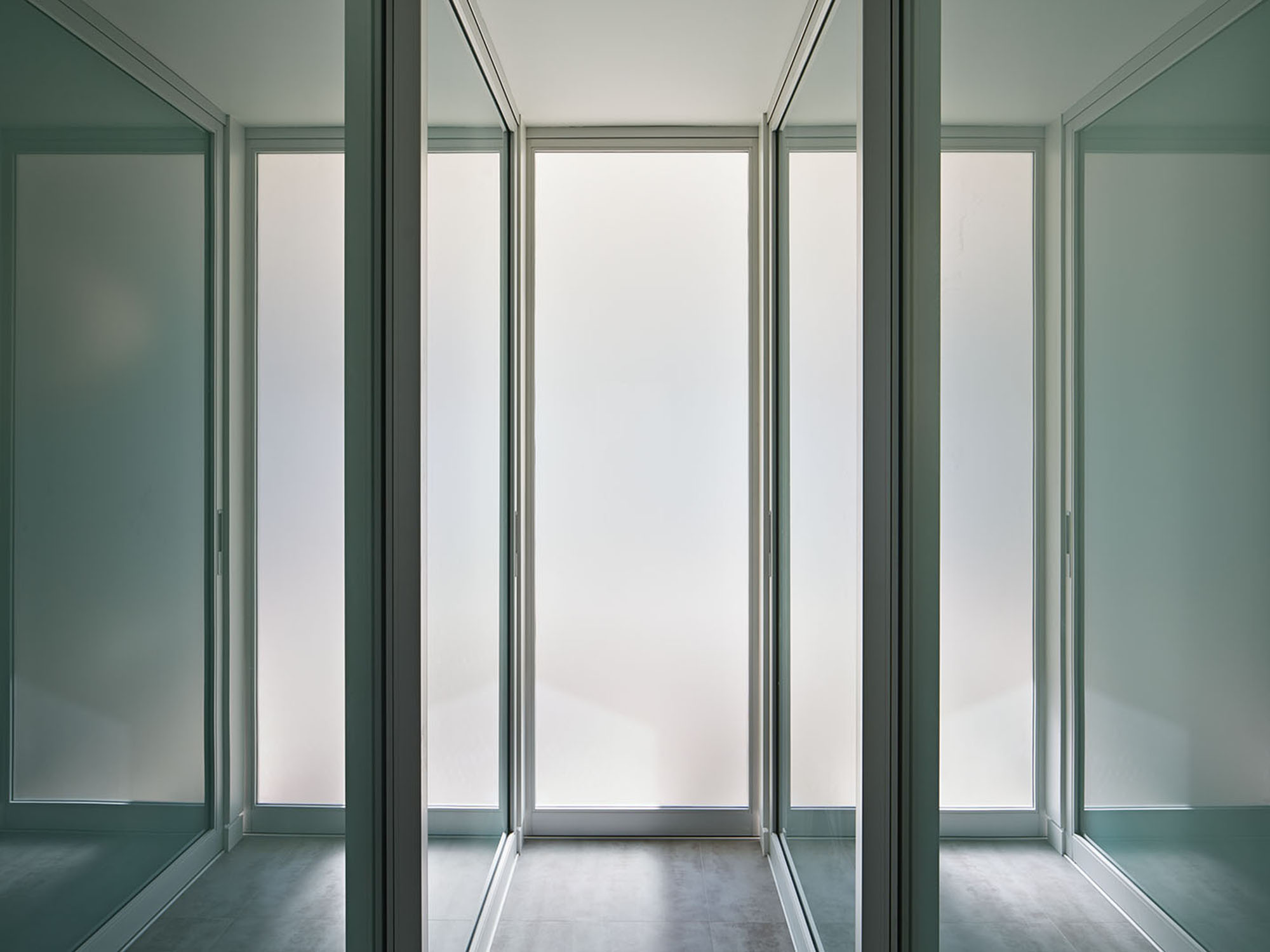 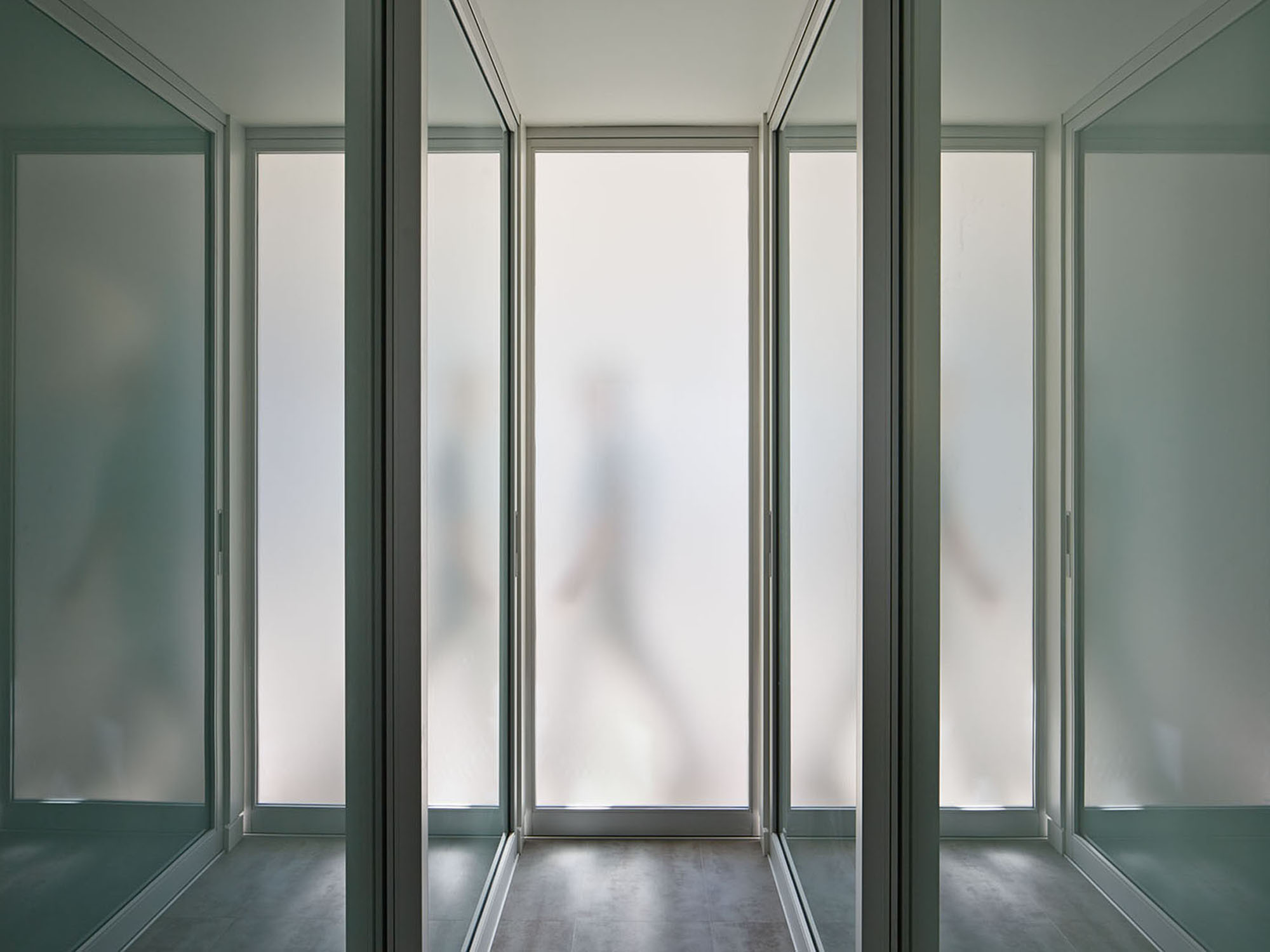 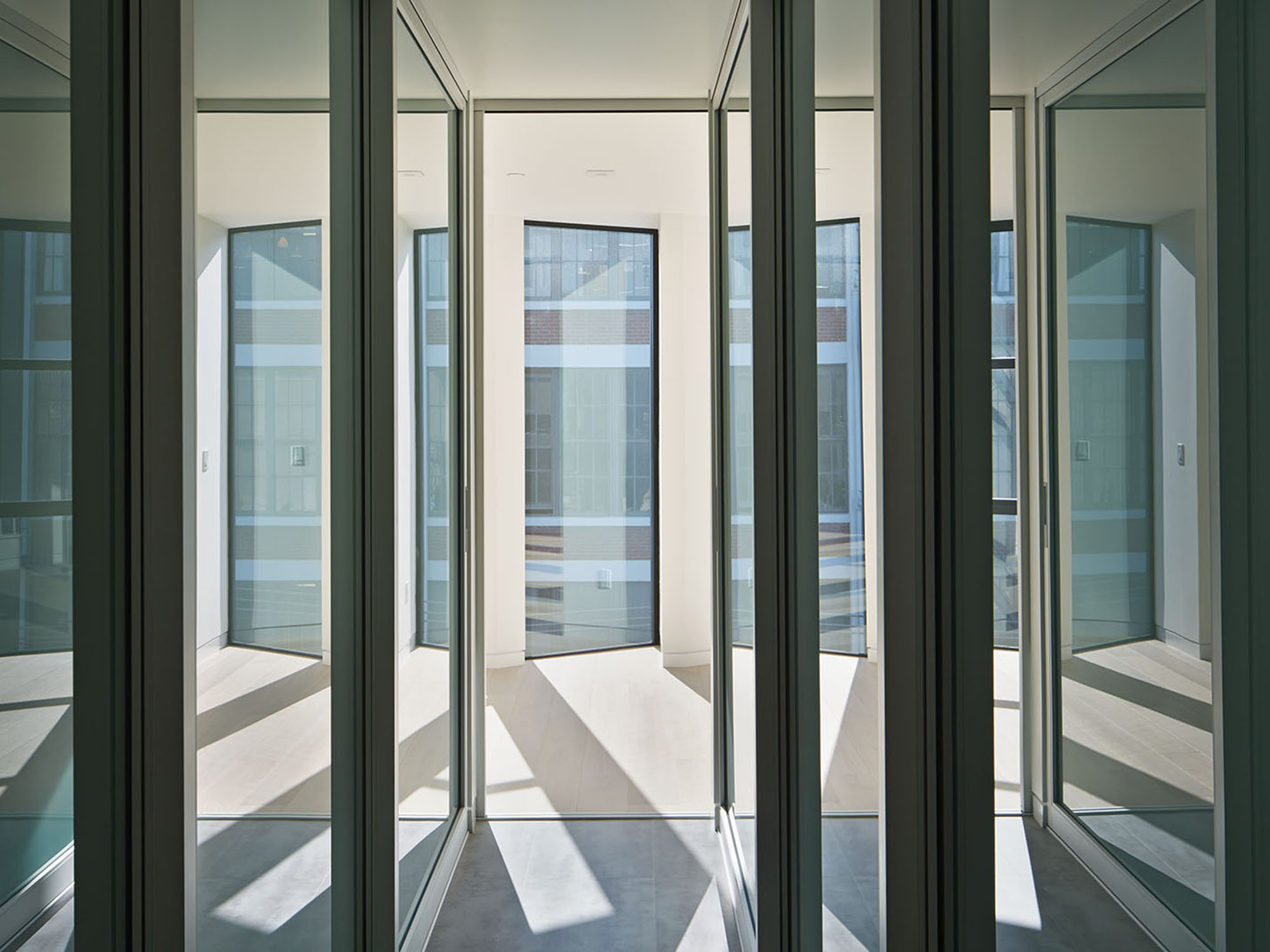 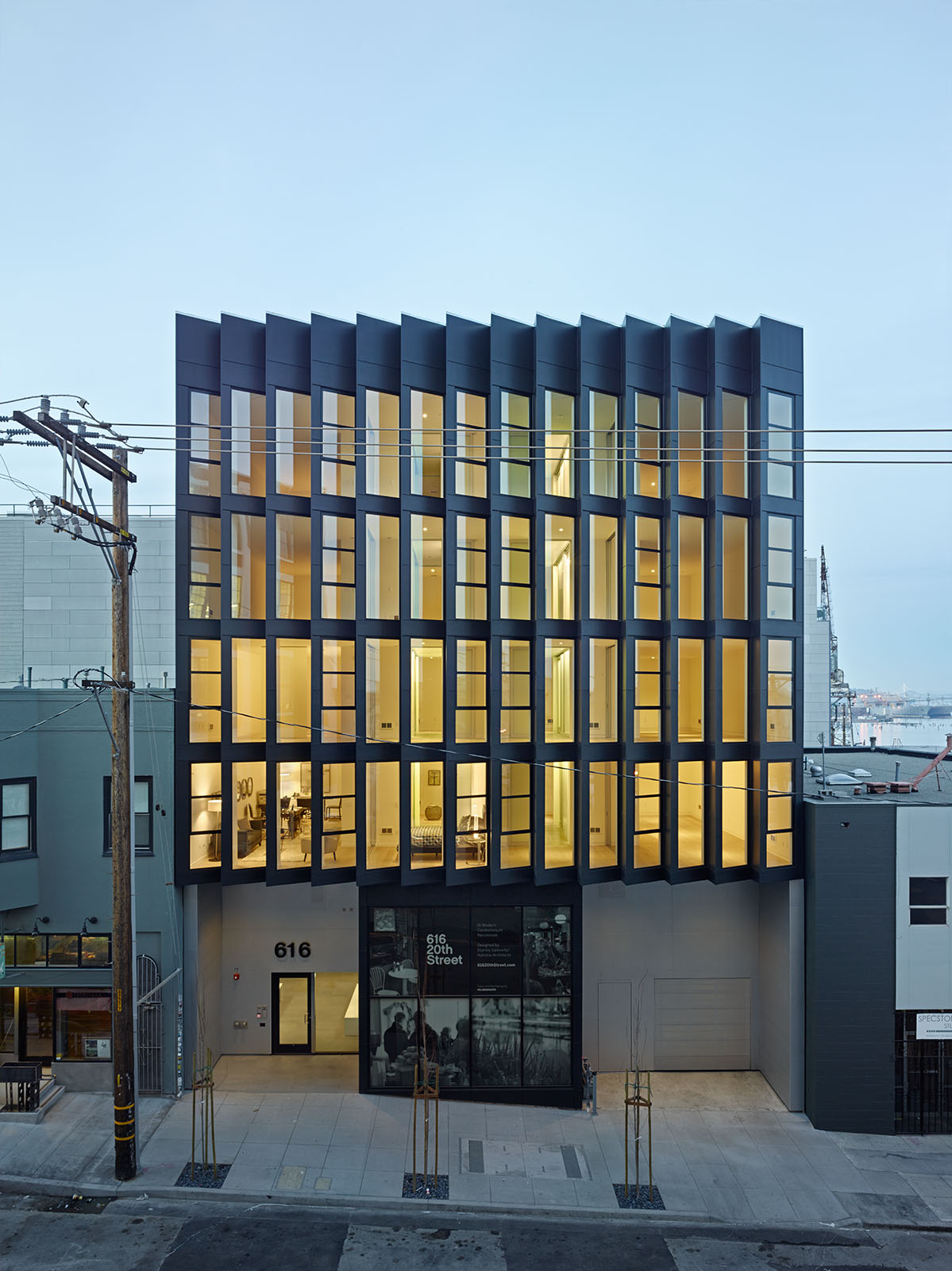 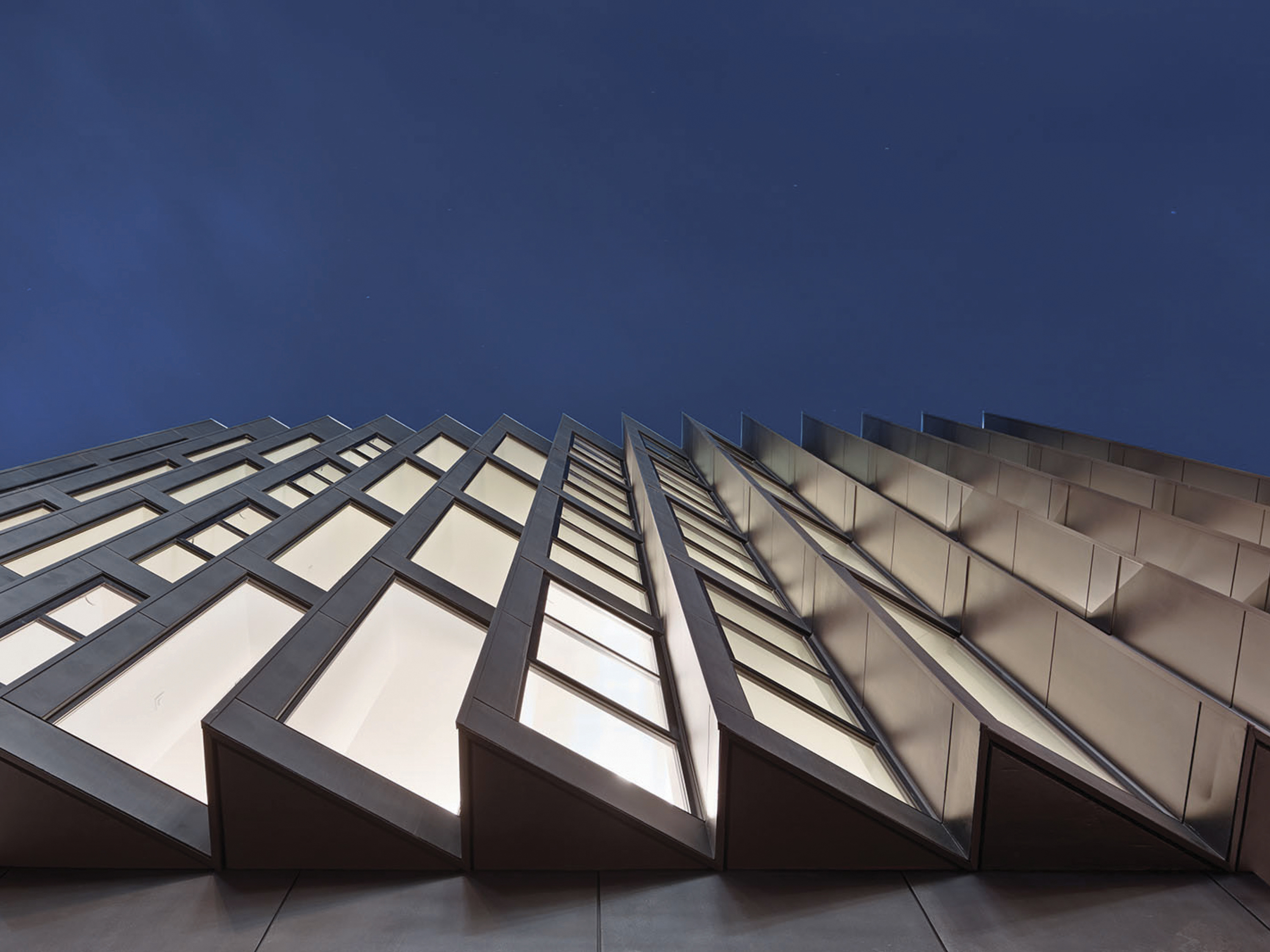 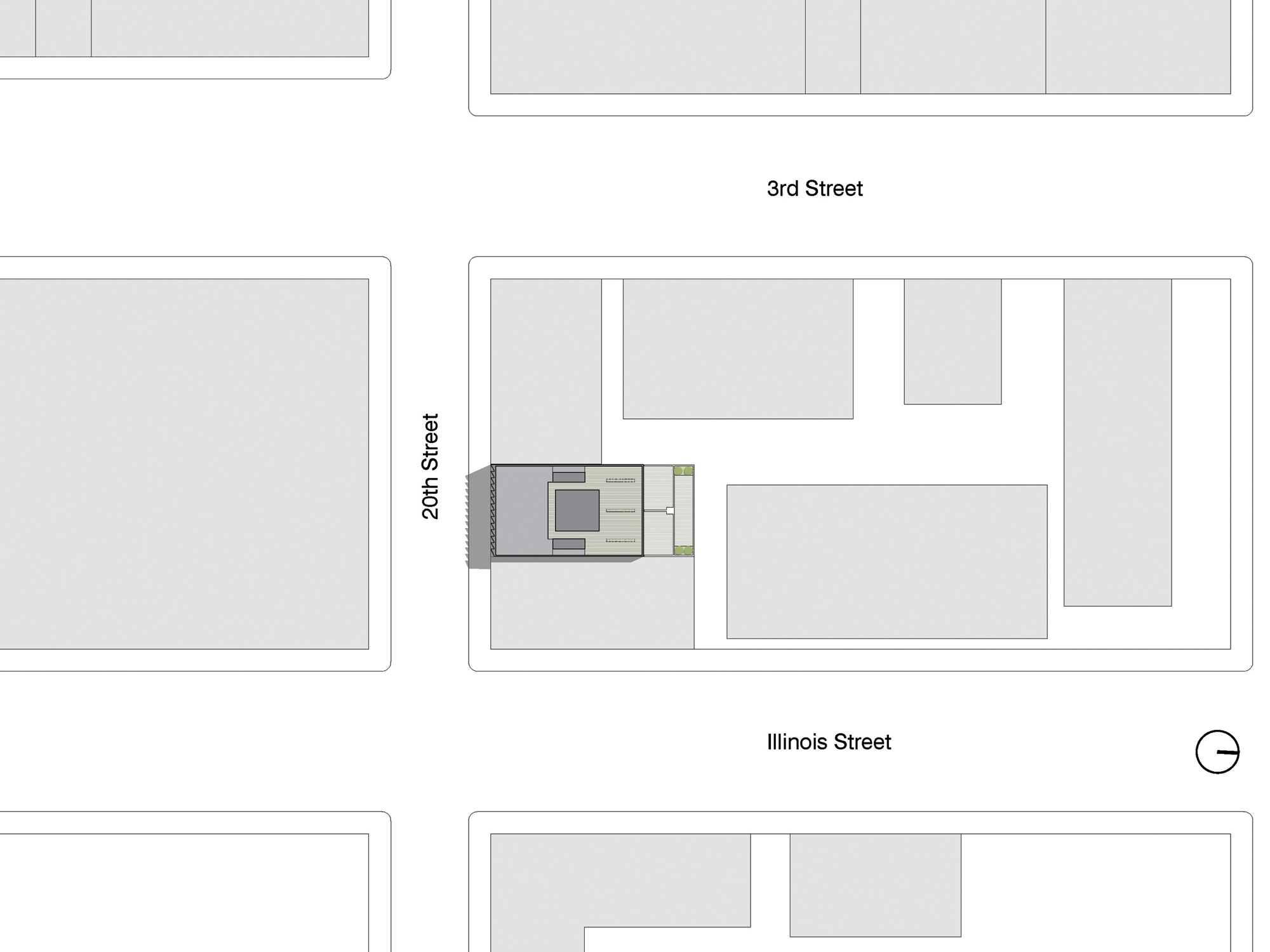 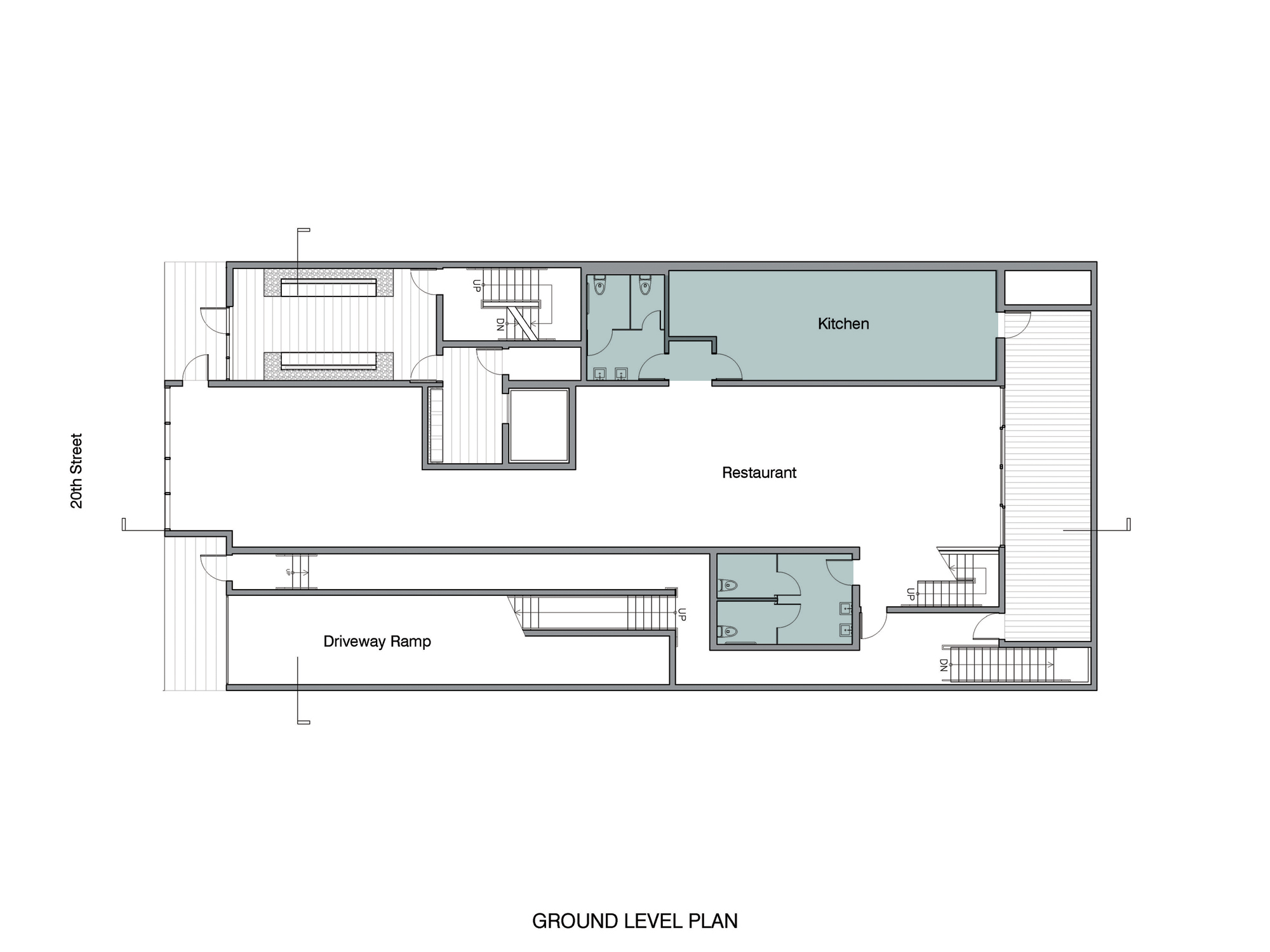 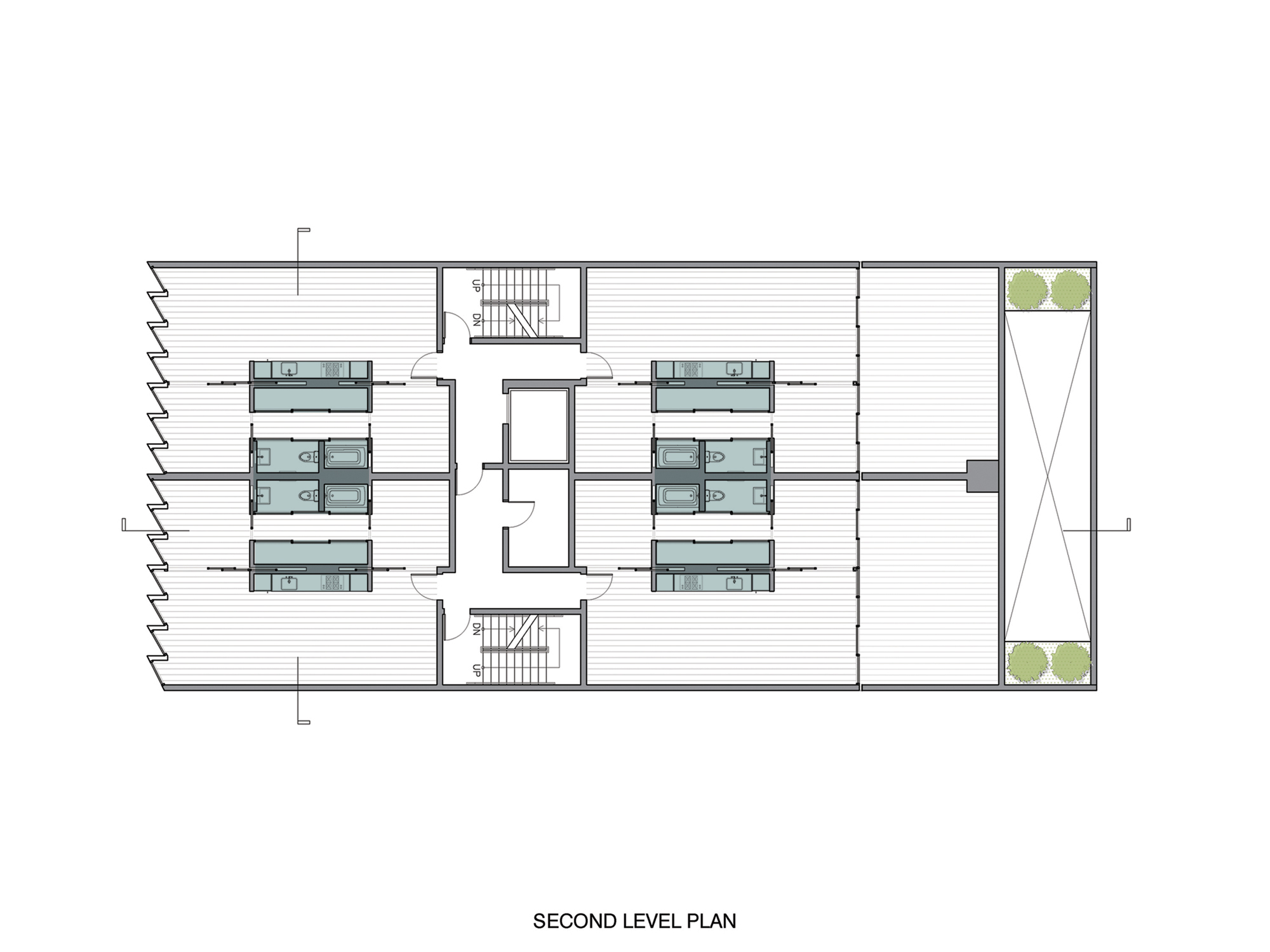 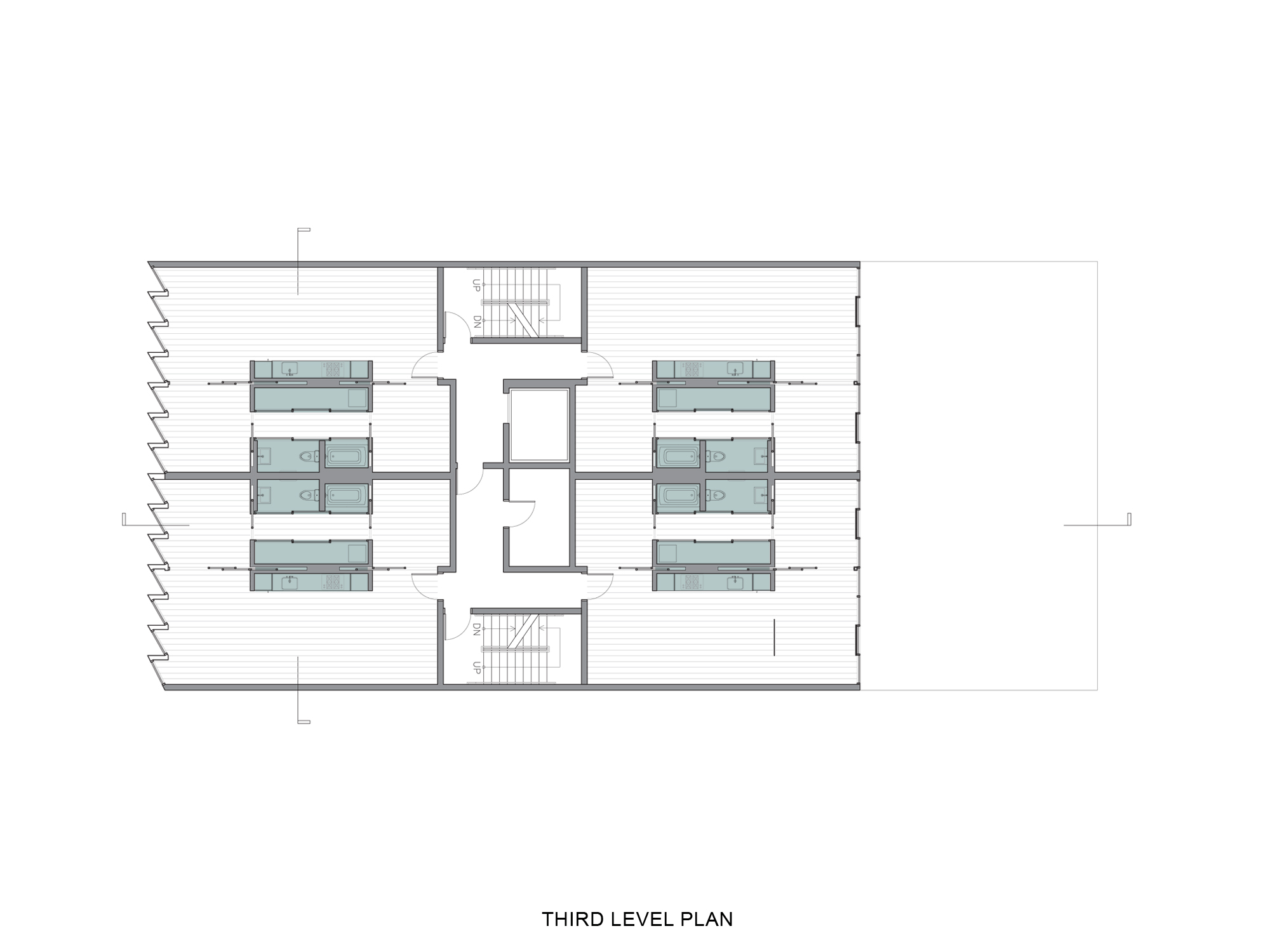 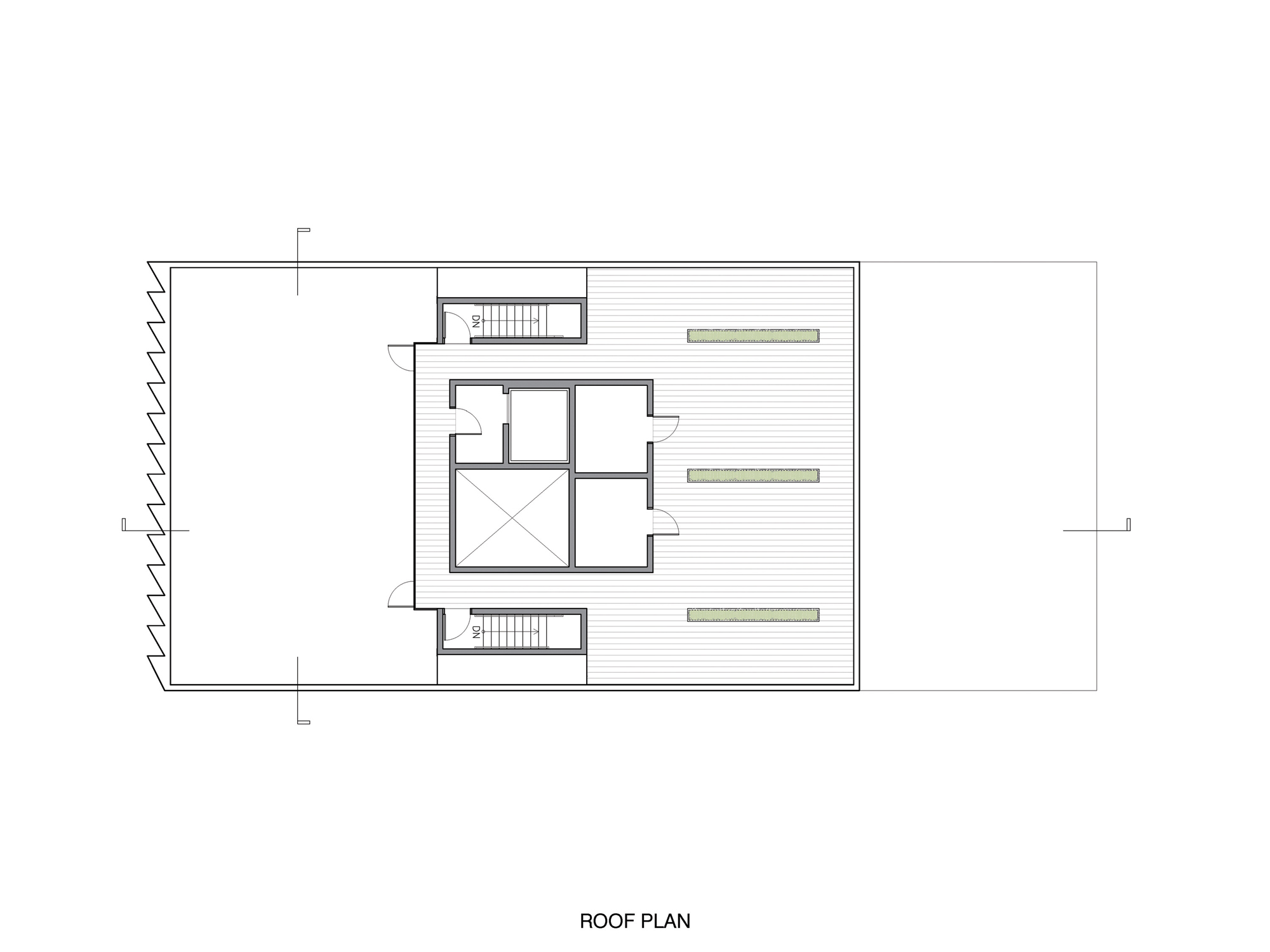 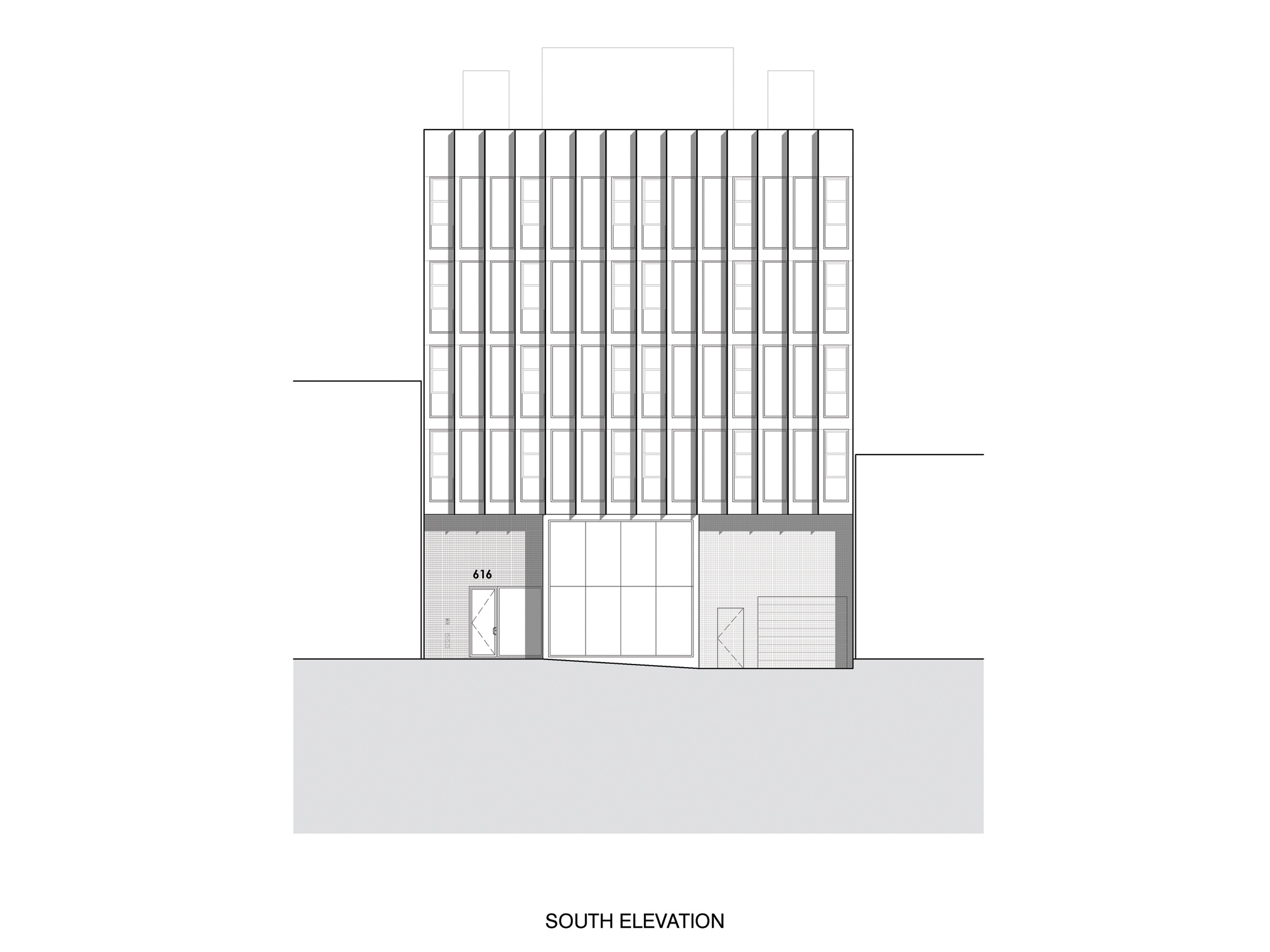 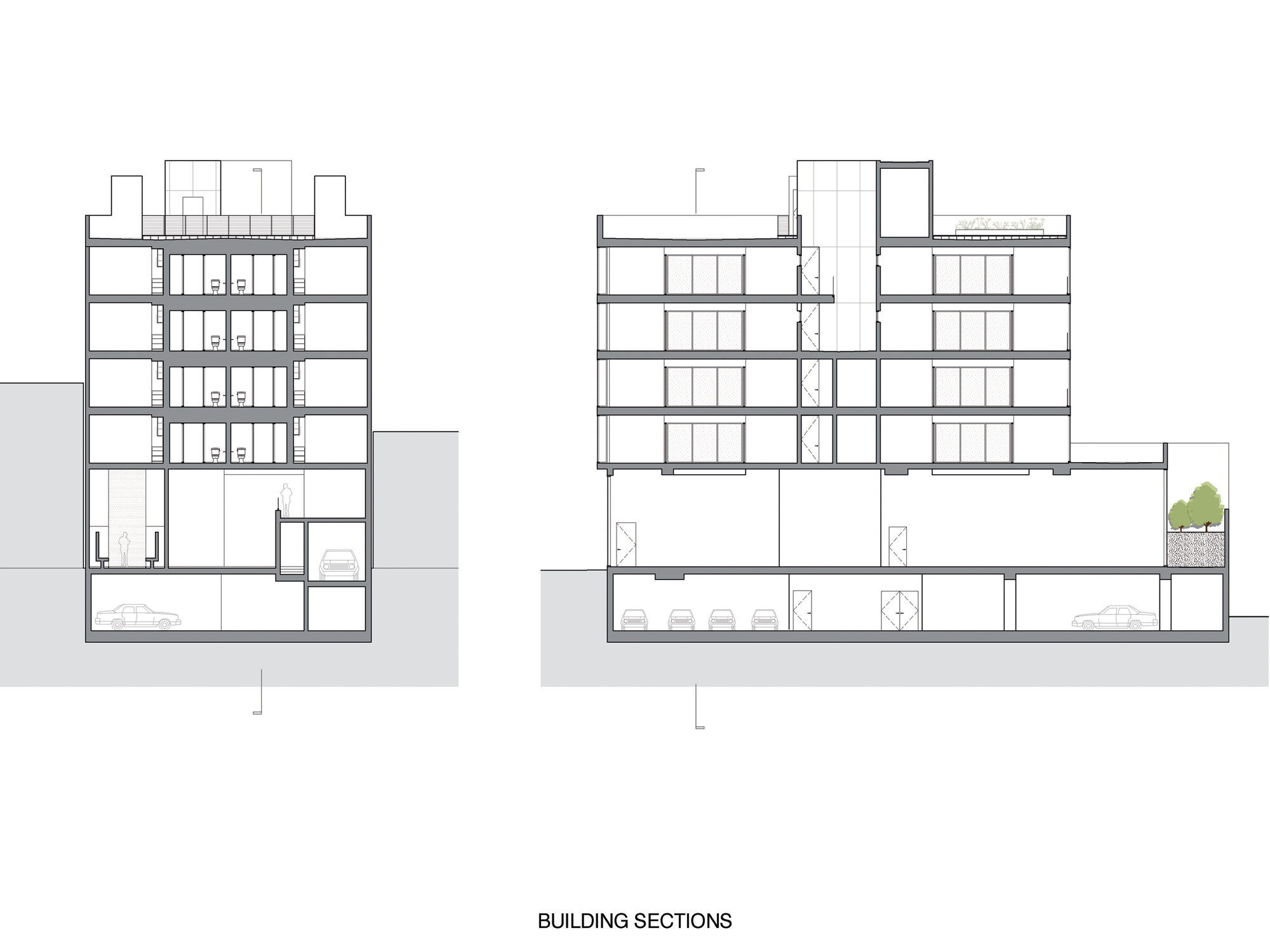 The fabric of Dogpatch varies from small Victorian cottages to full block industrial structures. This led to an interest in an infill building which could maintain a sense of singular scale, yet arise from a grain of detail.

The site, on the south side of Twentieth Street, has two poles, on the east views down the street to the bay, on the west the bustle of Third Street. A variation on the bay window at a comprehensive scale, oriented away from Third Street and towards the bay, is the result. From Third Street, the facets of the façade appear completely solid, from the bay entirely glass.

This pleated skin is the front of the building. The dark color unifies the folds of this small piece of fabric into a presence that can sustain itself in the face of the powerful American Can Building across the street.

A tube extrudes from the facade as the commercial space, with entries on either side, one for pedestrians, the other for cars.
Above, 16 units are arranged four per floor on four levels. Access to the units is via a compact core which is open on the upper levels as a light court.

The 16 units have compact 780sf floor plates with a central pod of kitchen on the one side and closets and bathroom on the other. Sliding etched glass pocket doors allow the space to be left as an open circuit pivoting around the service pod, or closed down into three separate rooms, two smaller bedrooms and a large space open to the kitchen for living and dining. The bathroom and closets open or close to the two smaller rooms with etched glass sliders.

This compact transformable field fulfills the range of needs from a two bedroom apartment to an open loft as a contemporary urban home.