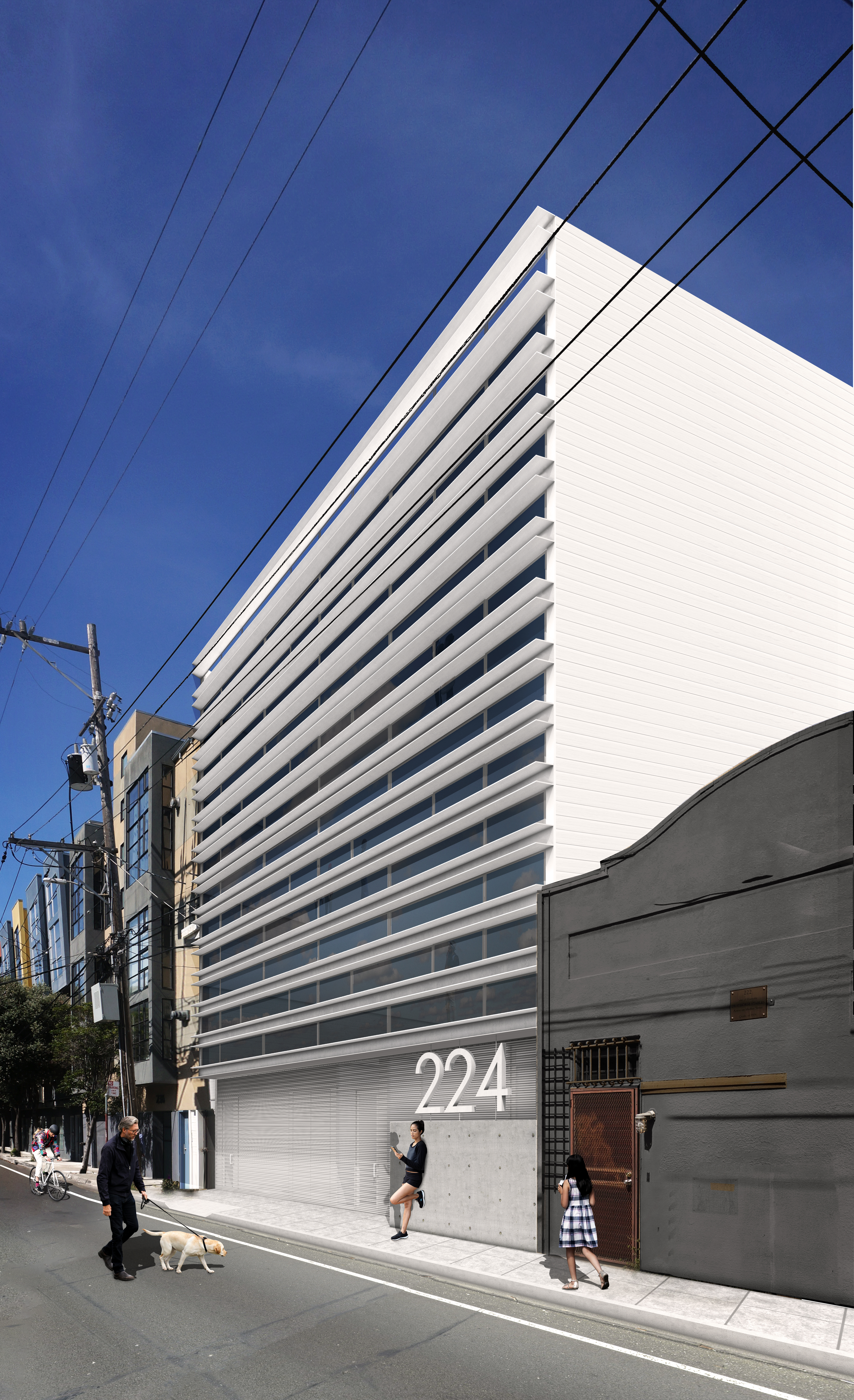 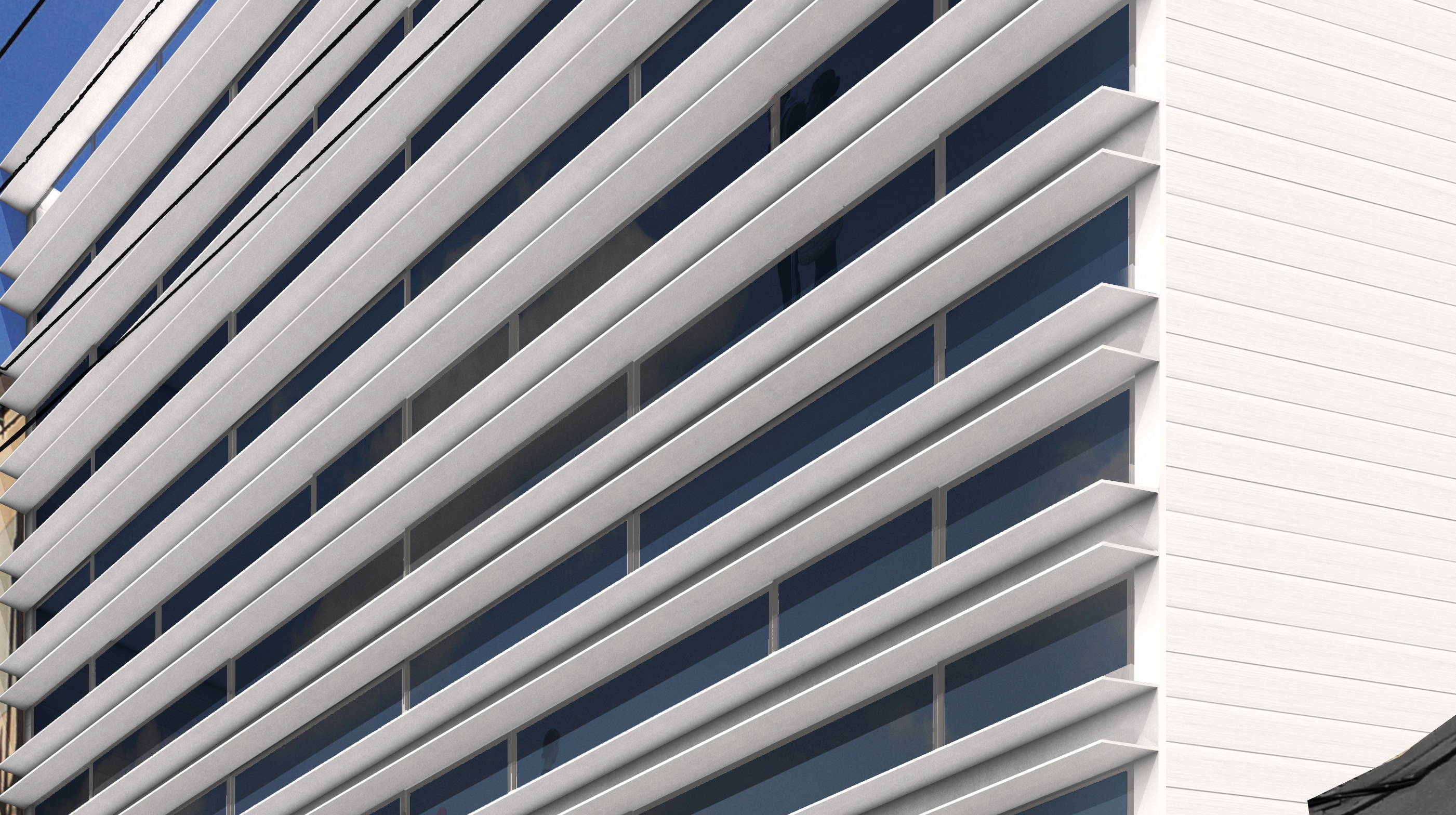 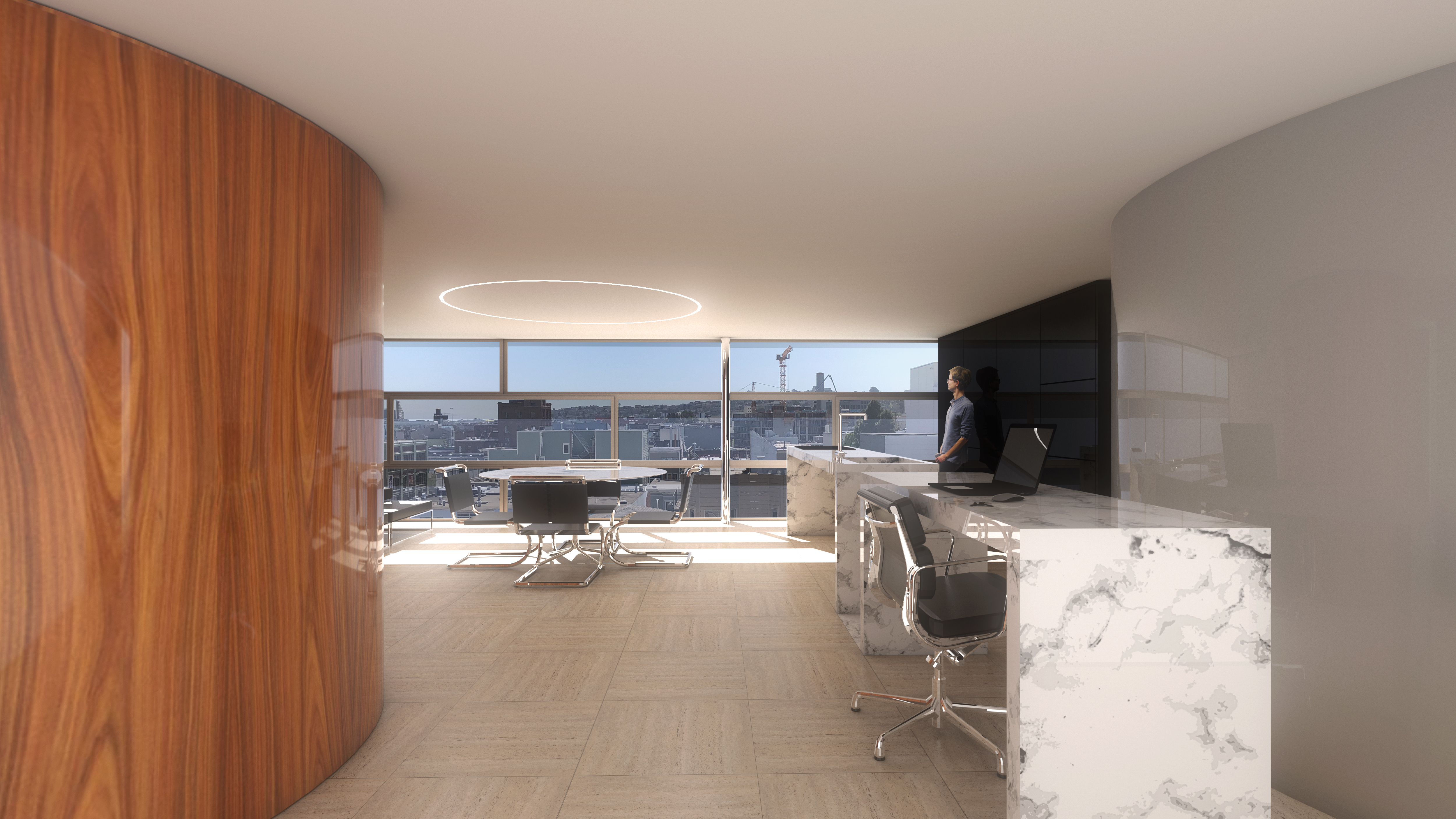 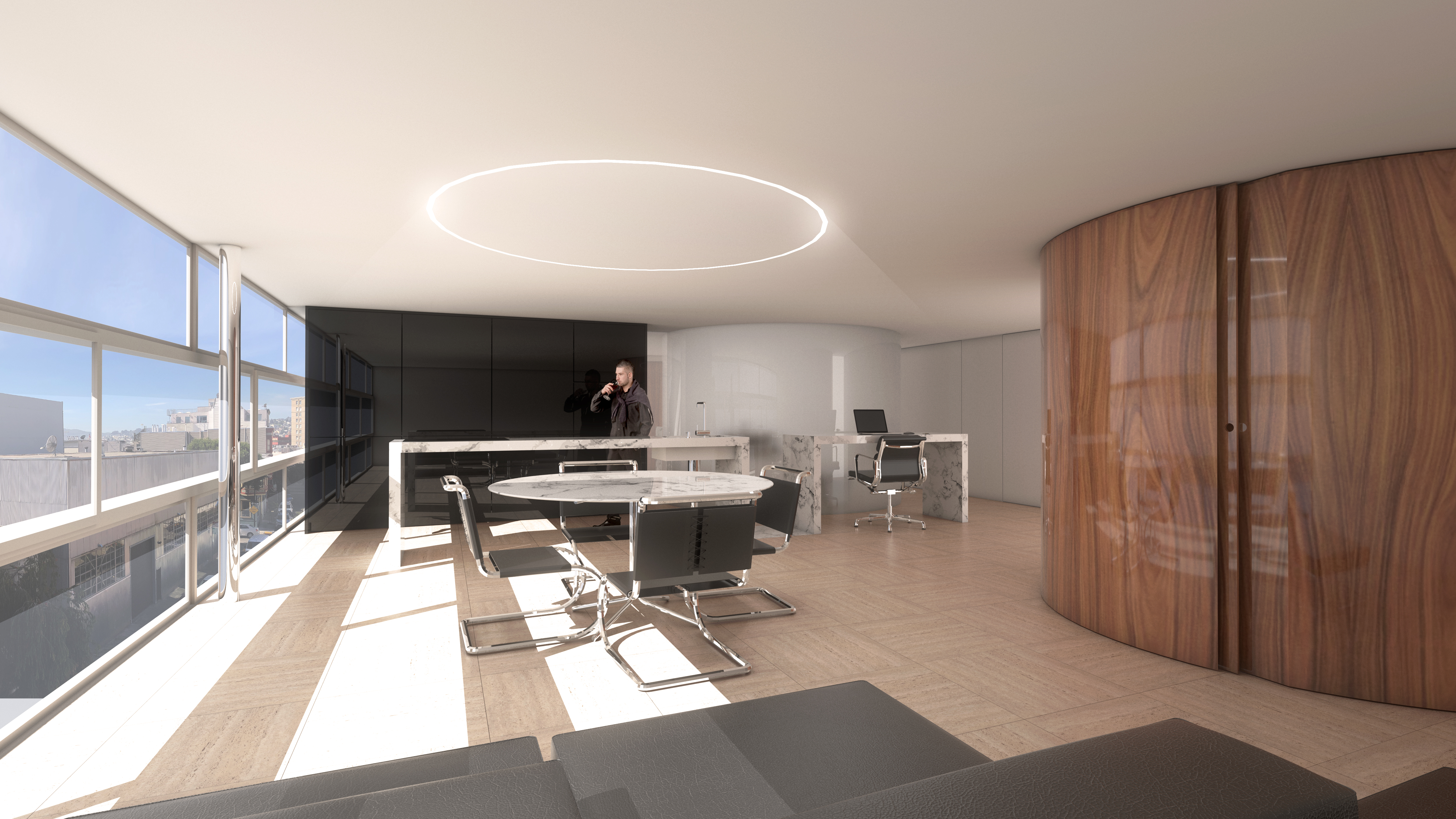 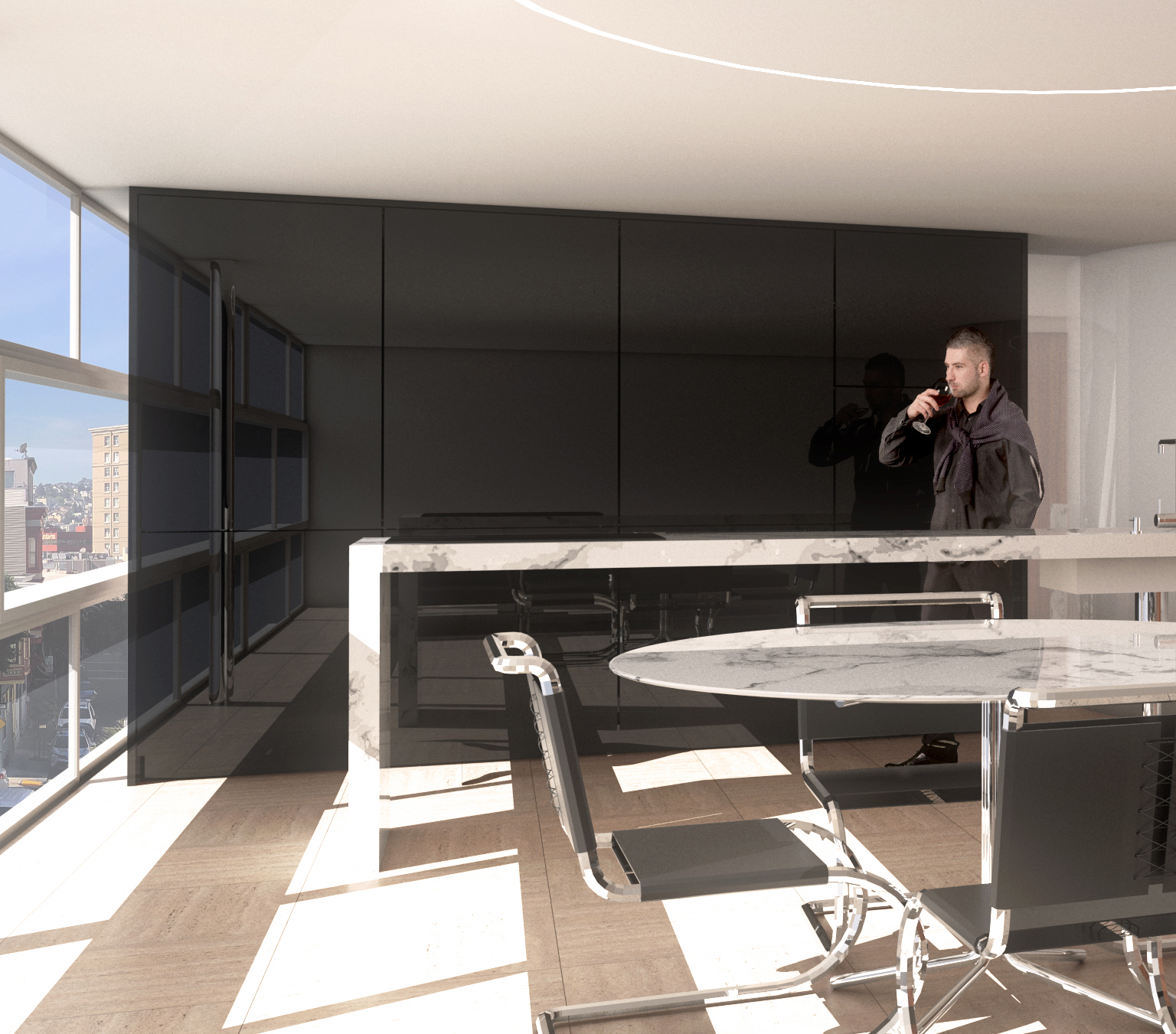 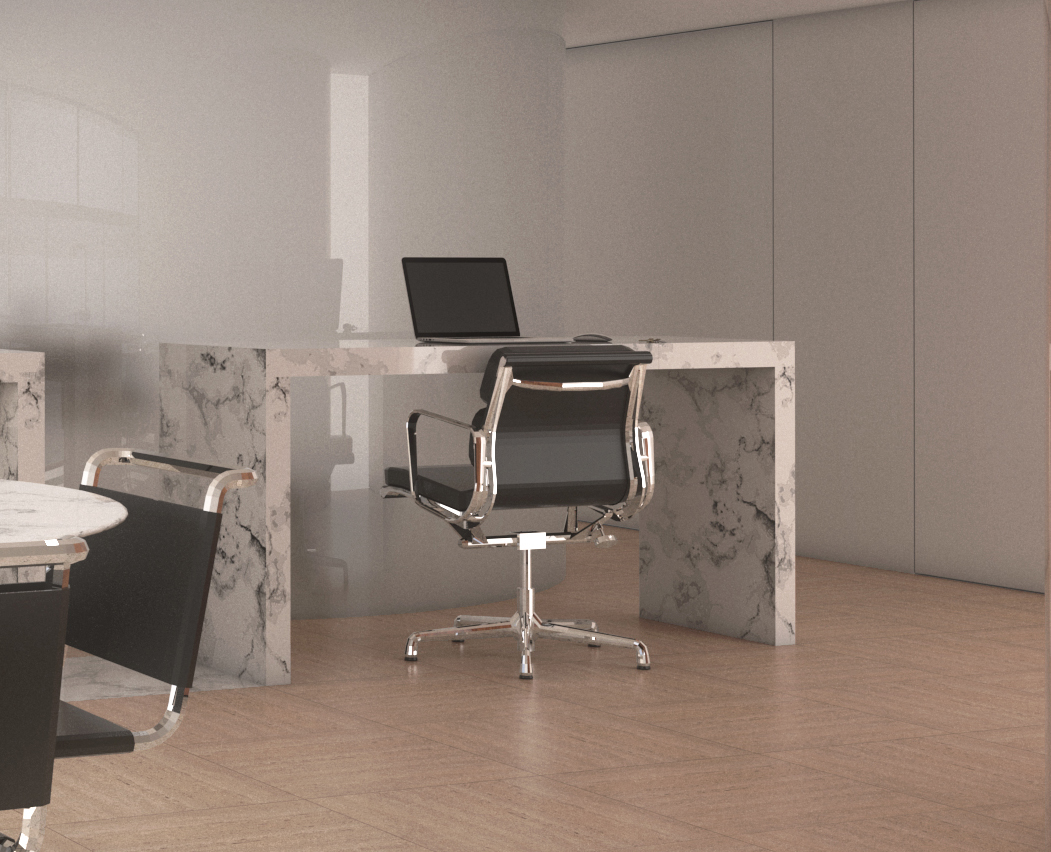 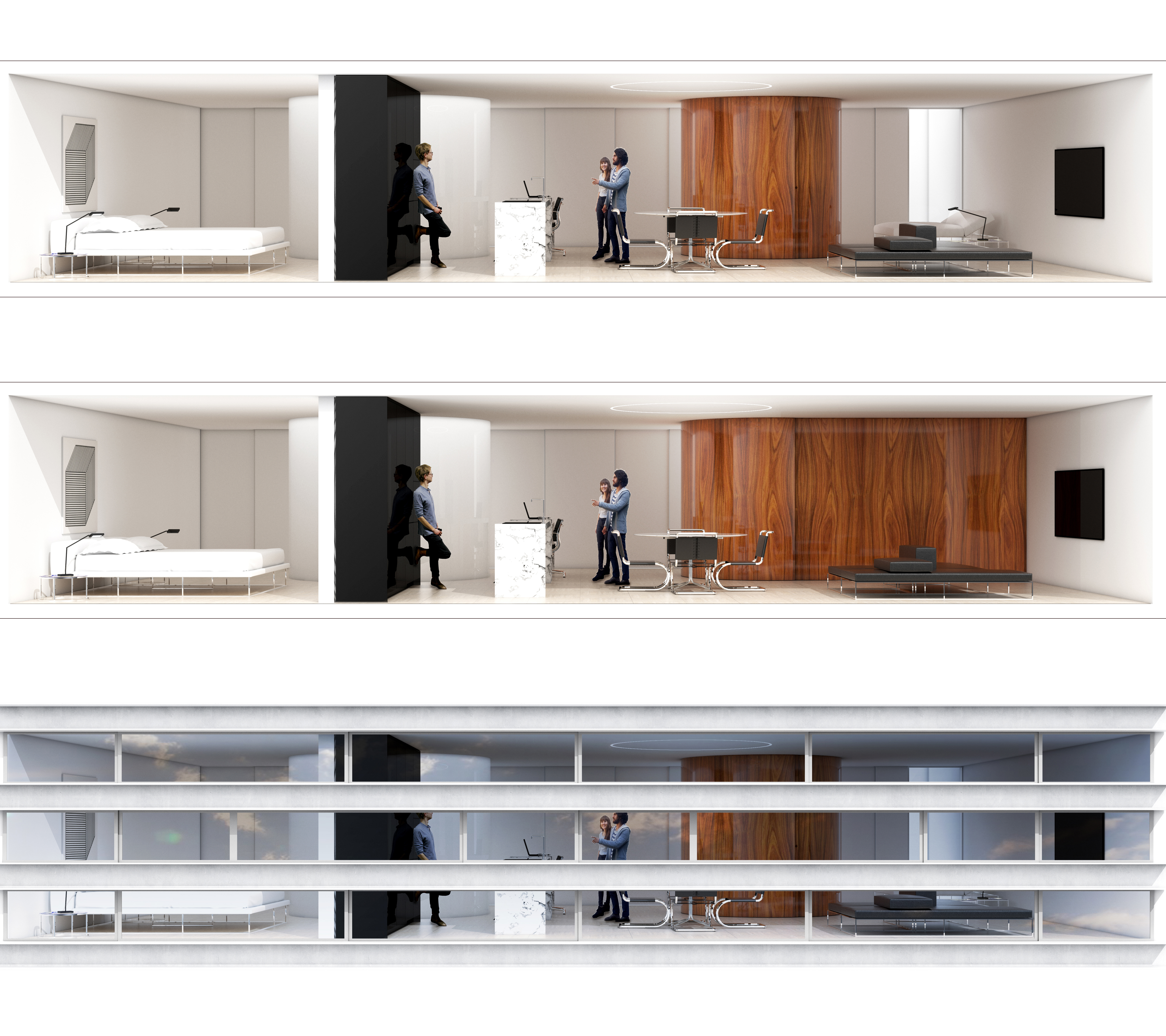 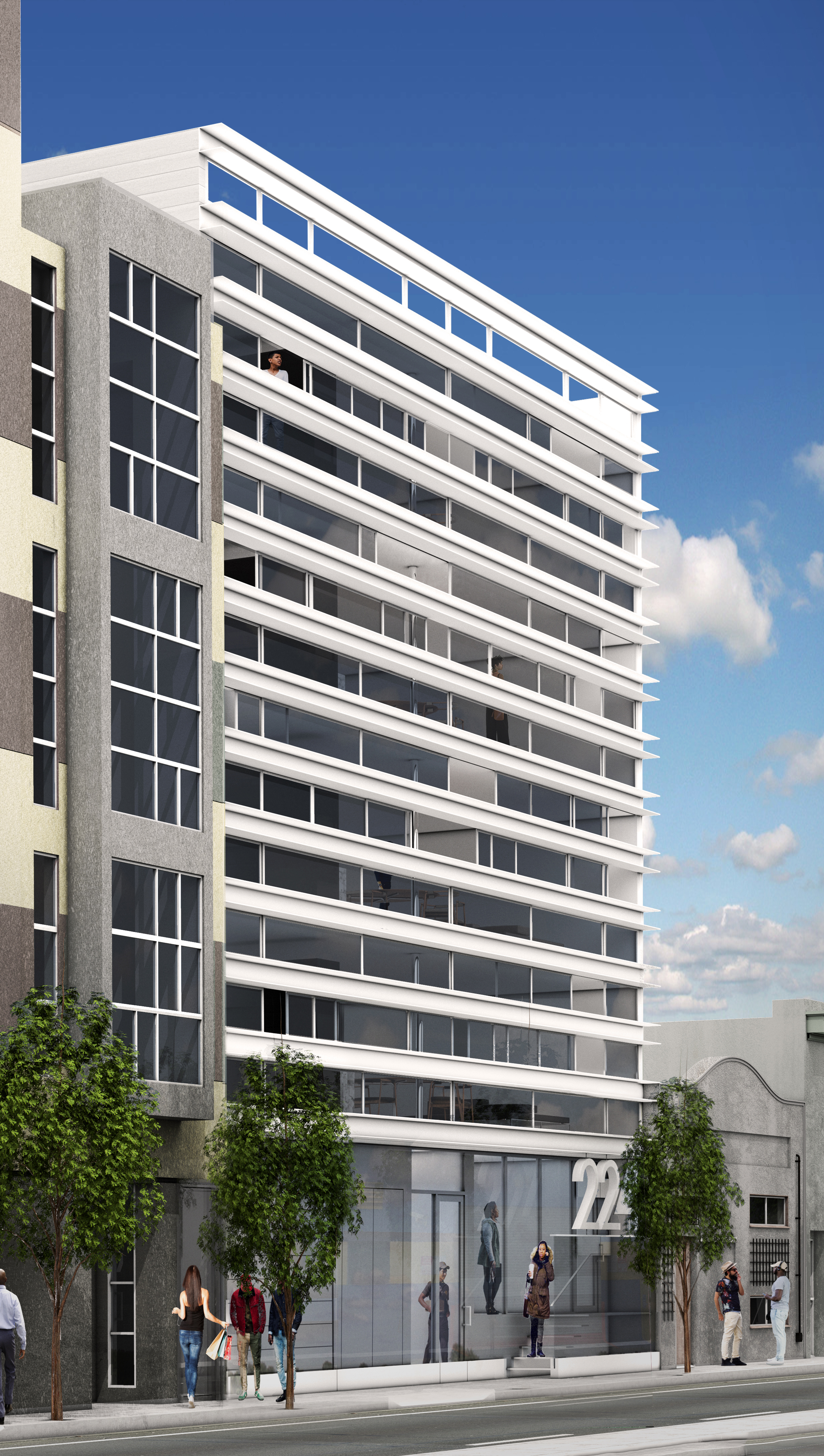 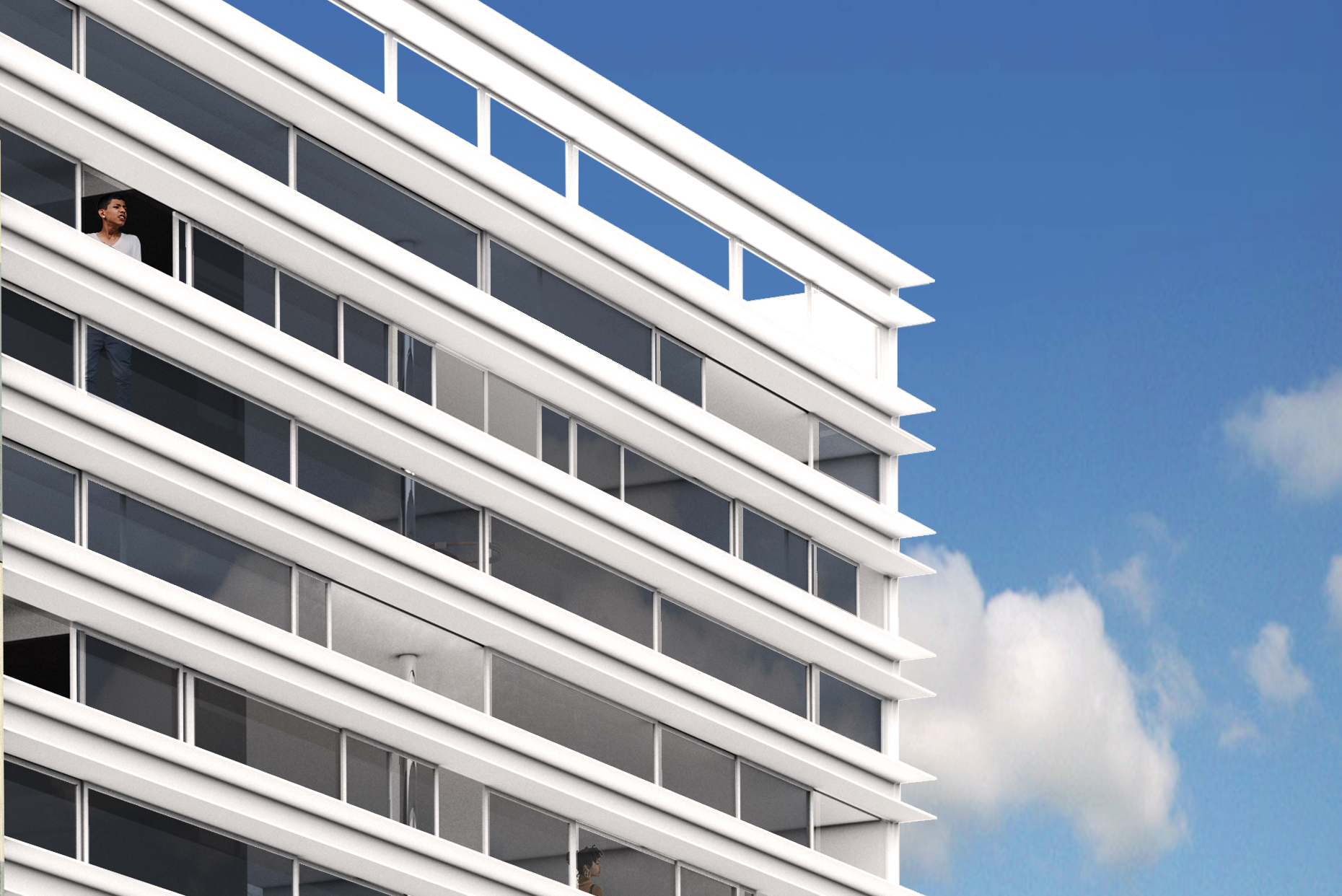 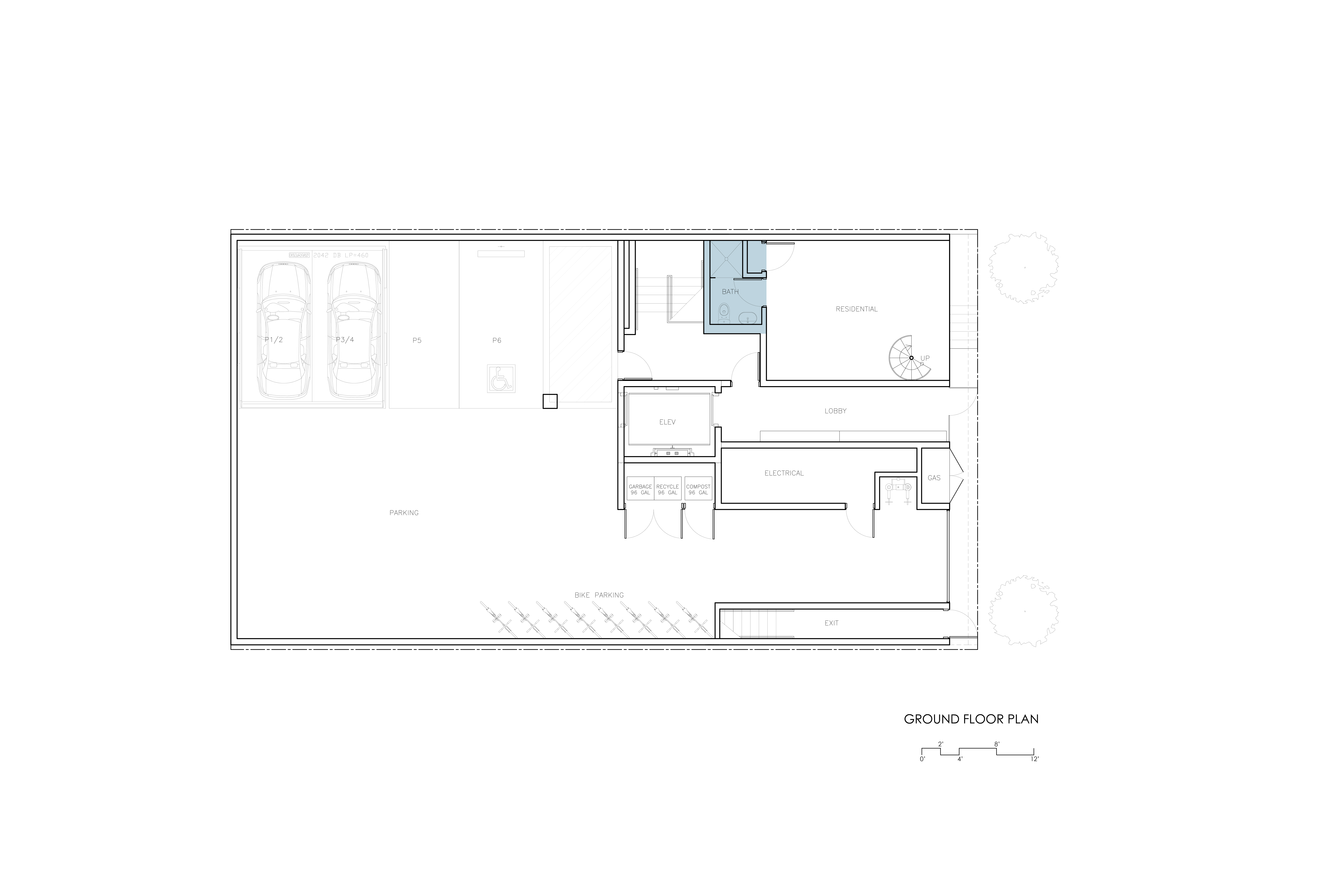 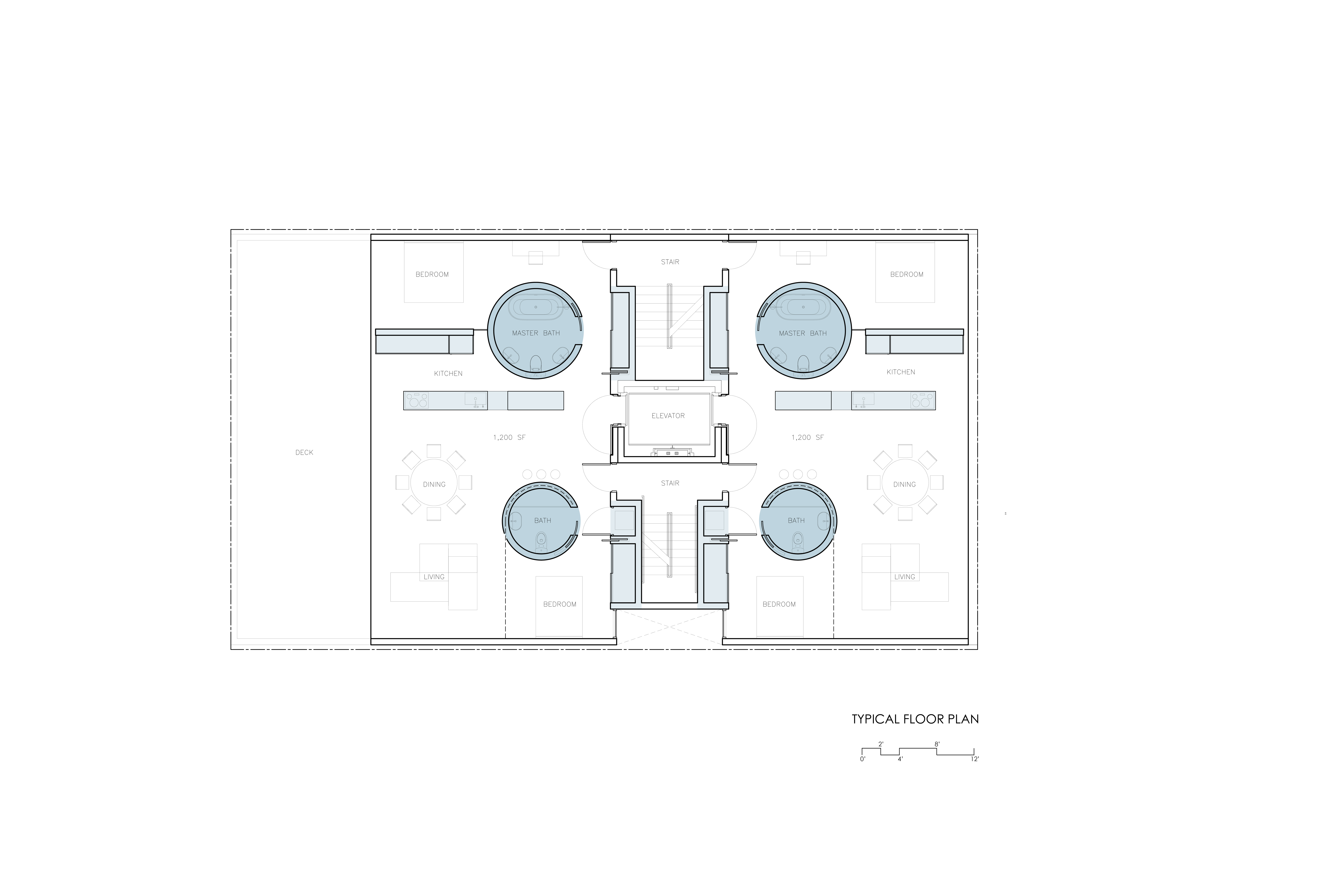 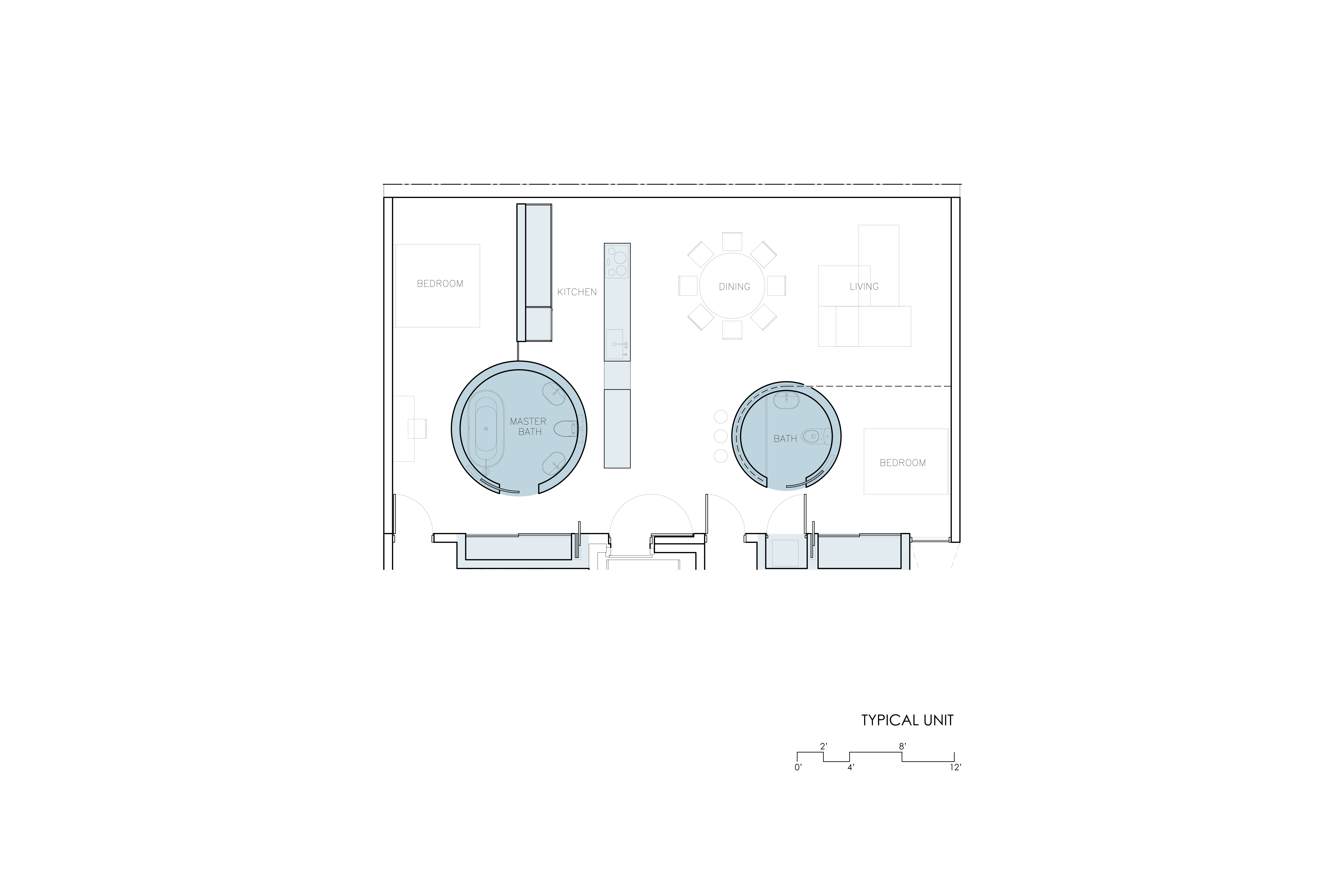 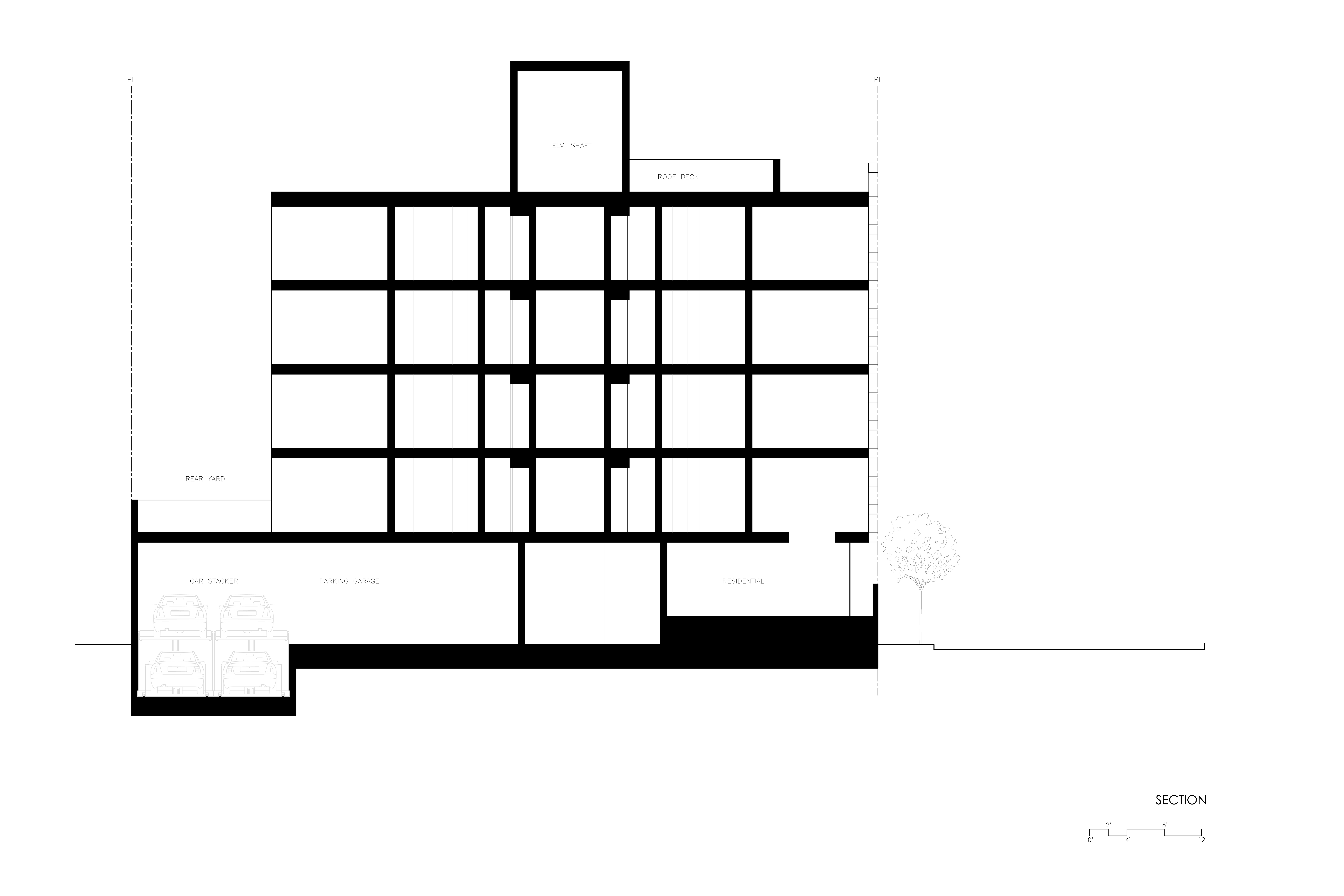 The grunge of SOMA San Francisco remains, but the demographics are new. It is now an international gathering of millennial techies that inhabit the streets in a babel of tongues. This new population have sophisticated urban tastes and money. These units are for them.

The exterior face is scale less horizontal banding of glass and solid which frames and conceals views to and from the interior.

Each floor is divided into two units, each accessed directly from a two-sided elevator. The open floor is anchored by two circular elements which contain the bathrooms and establish the sleeping areas. A linear kitchen floats and becomes a desk. The space is both open and intricate, flowing around the objects and into the defined areas behind.