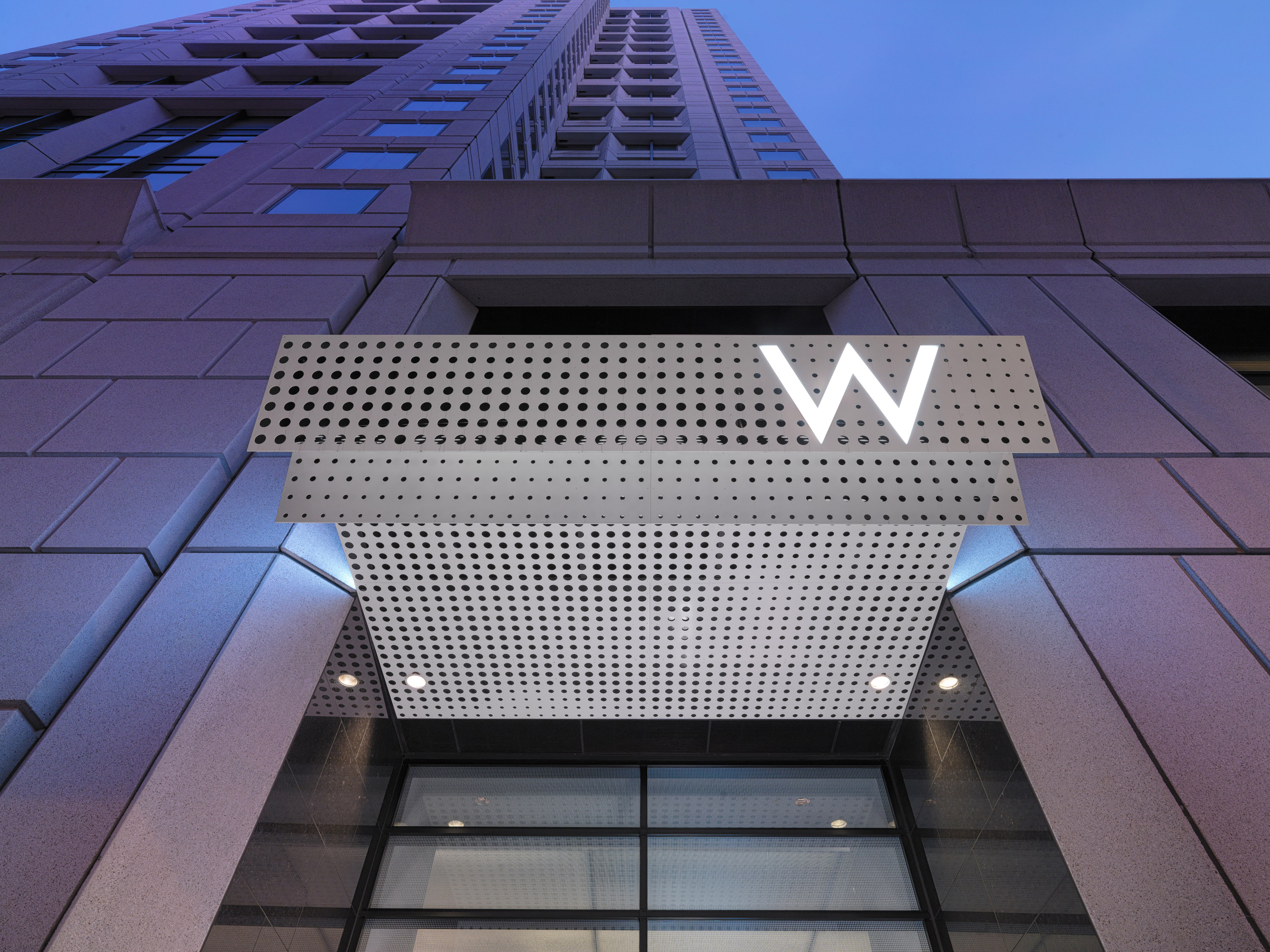 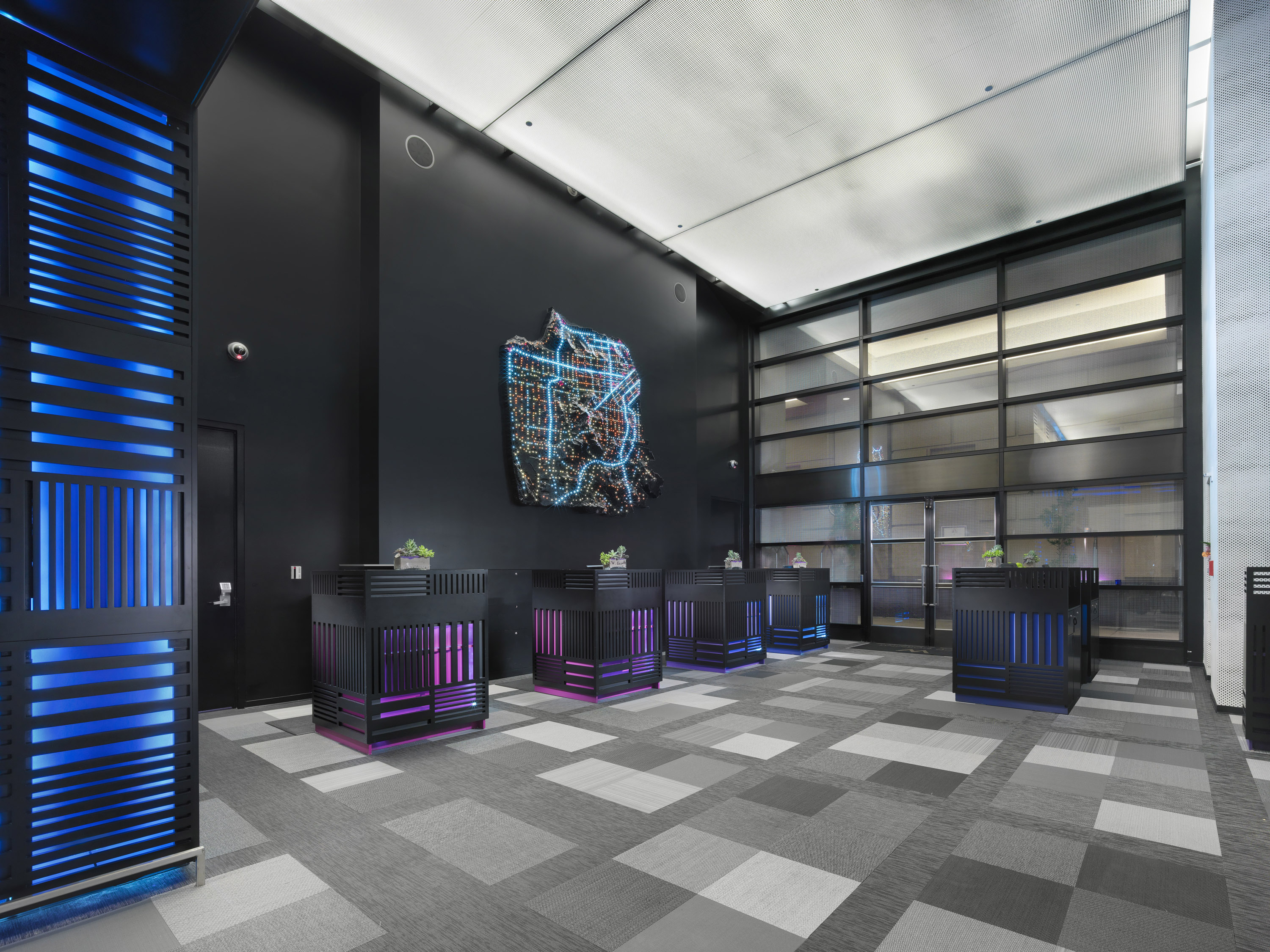 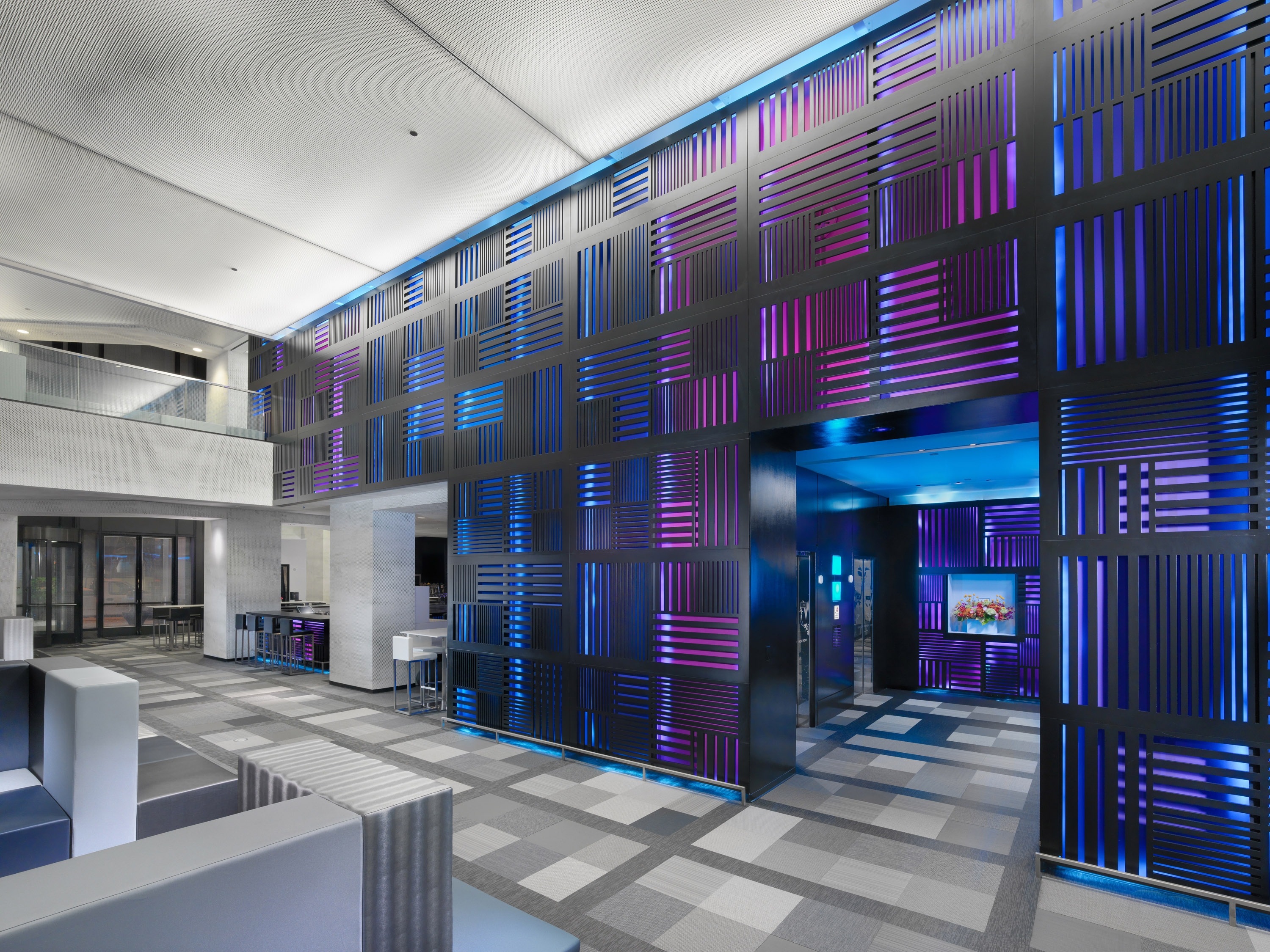 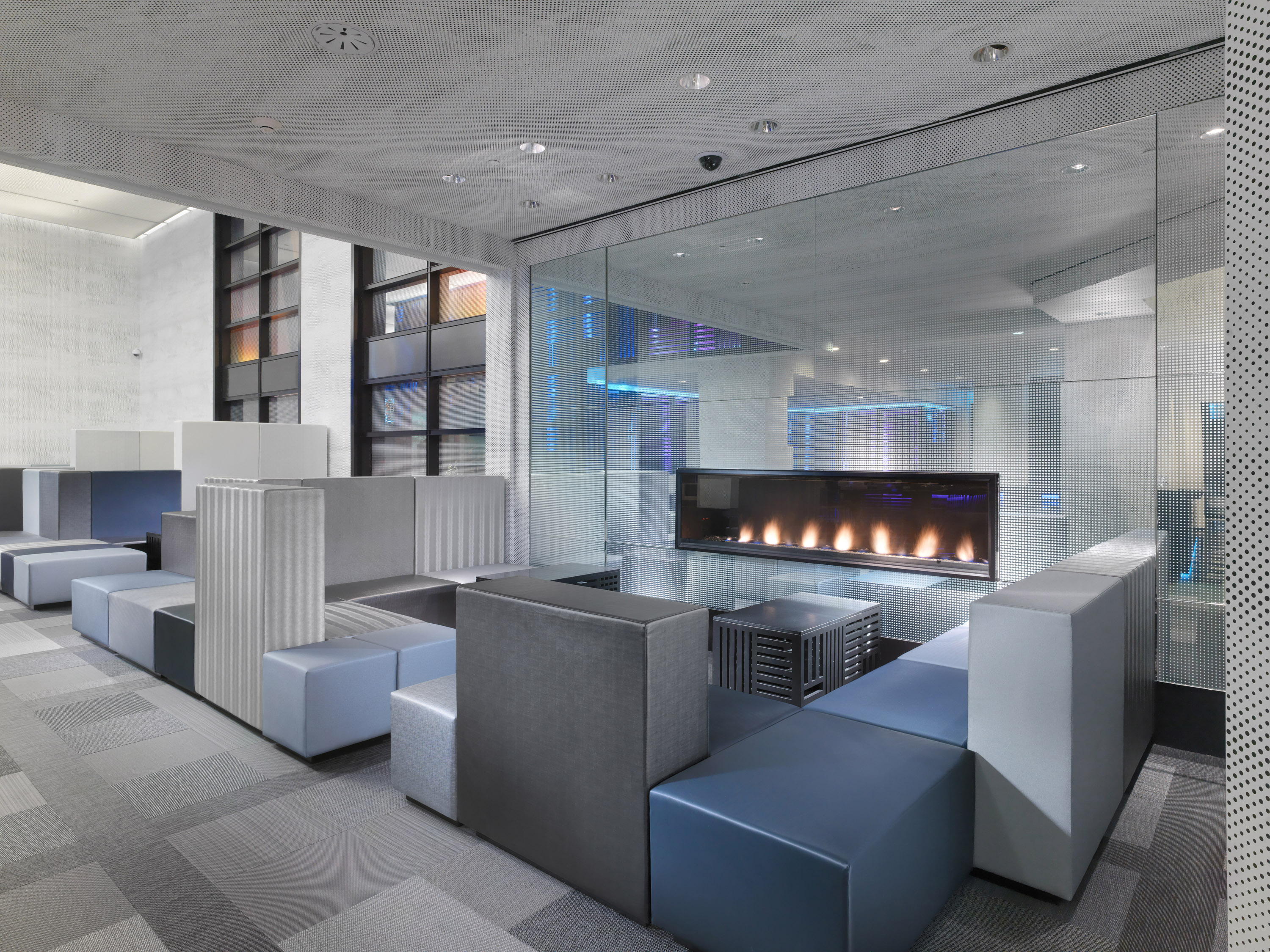 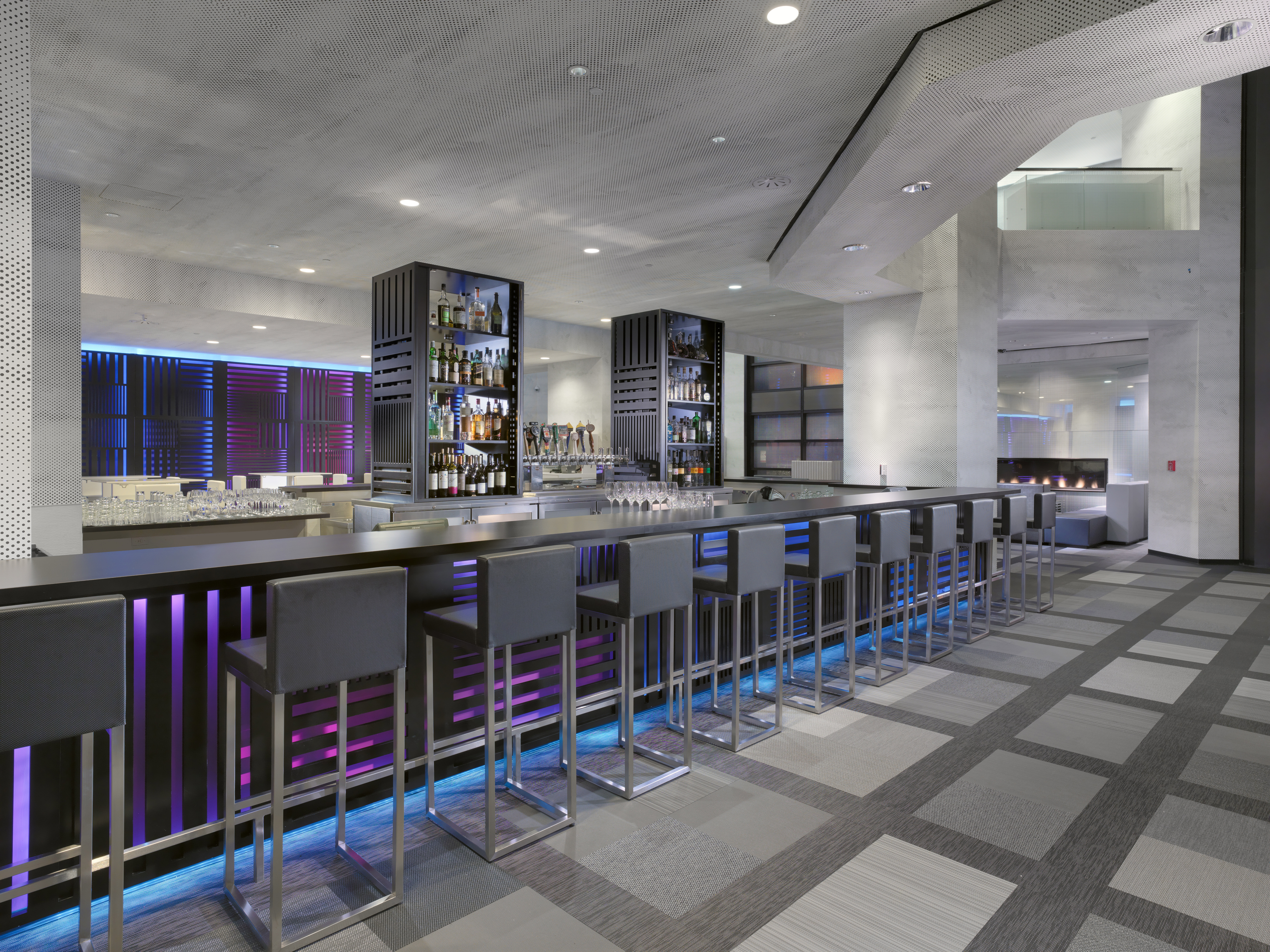 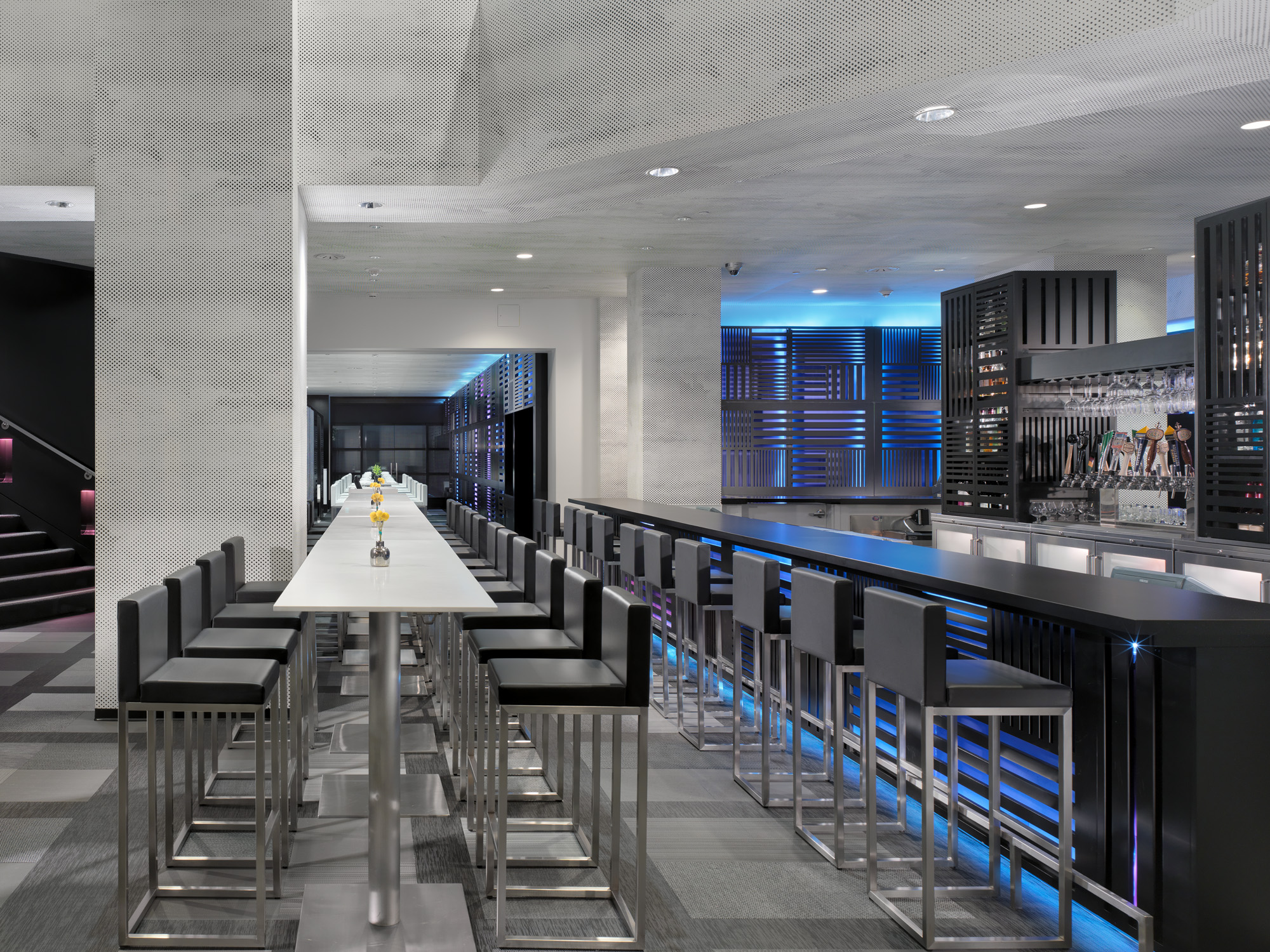 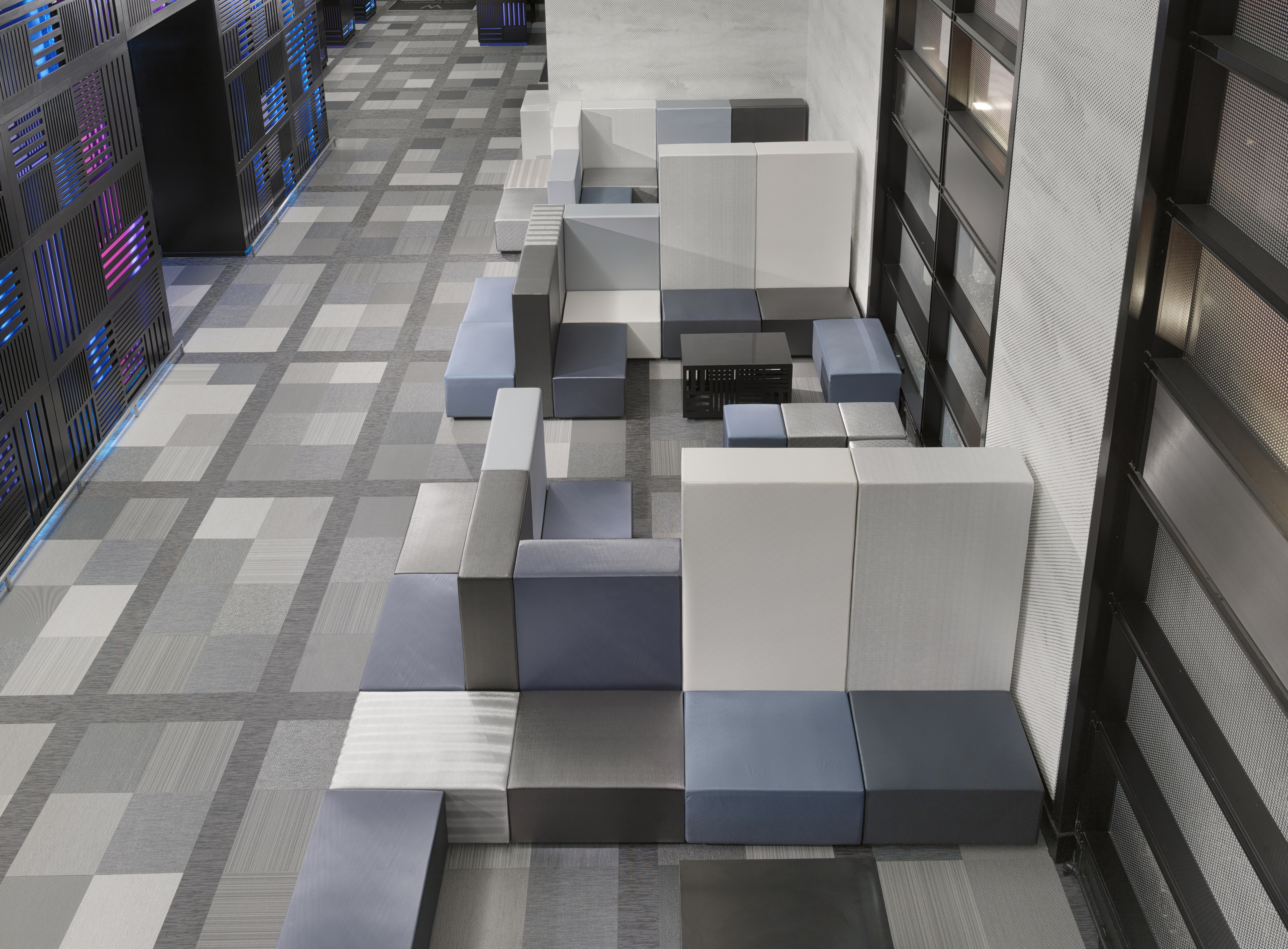 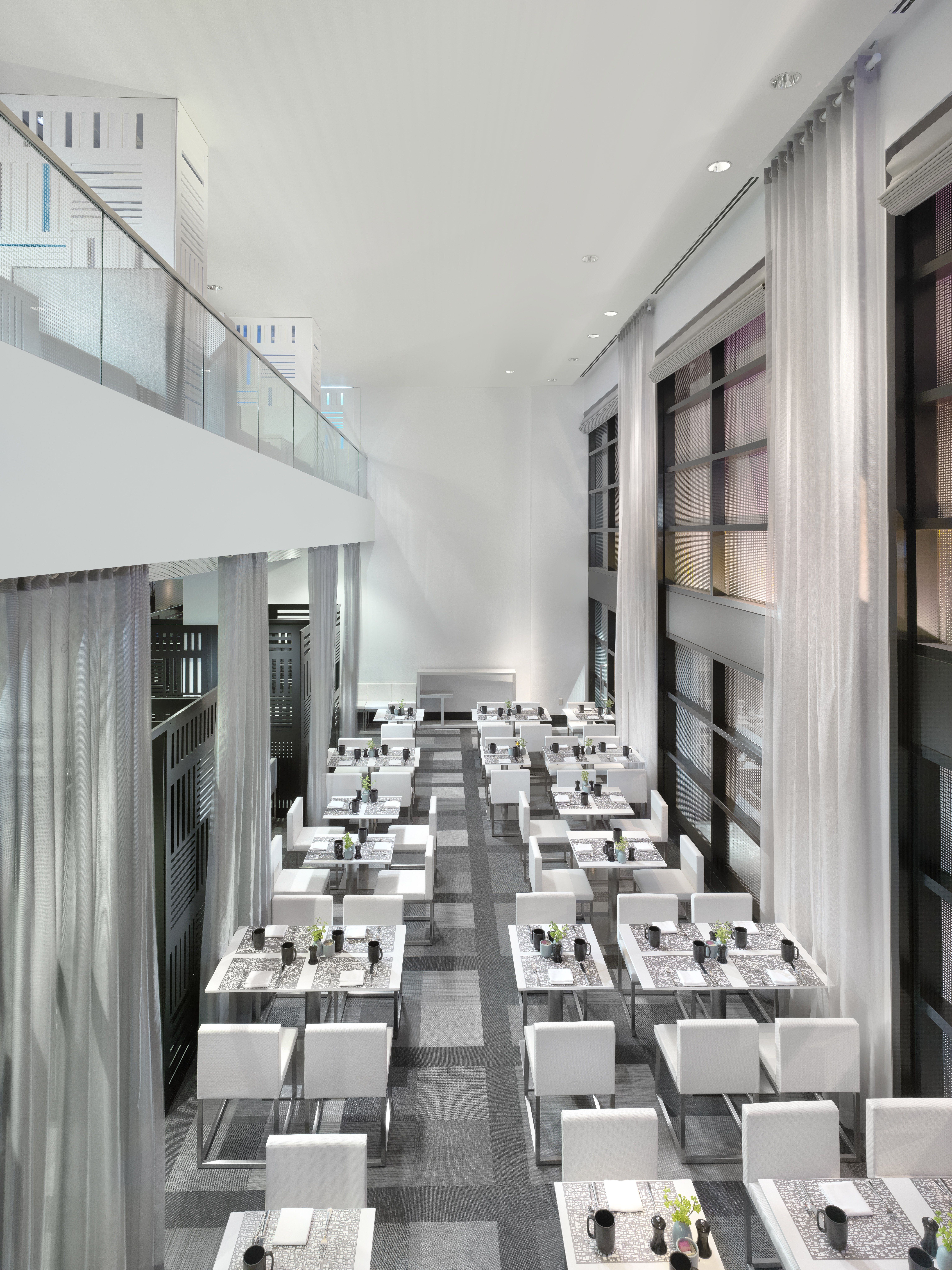 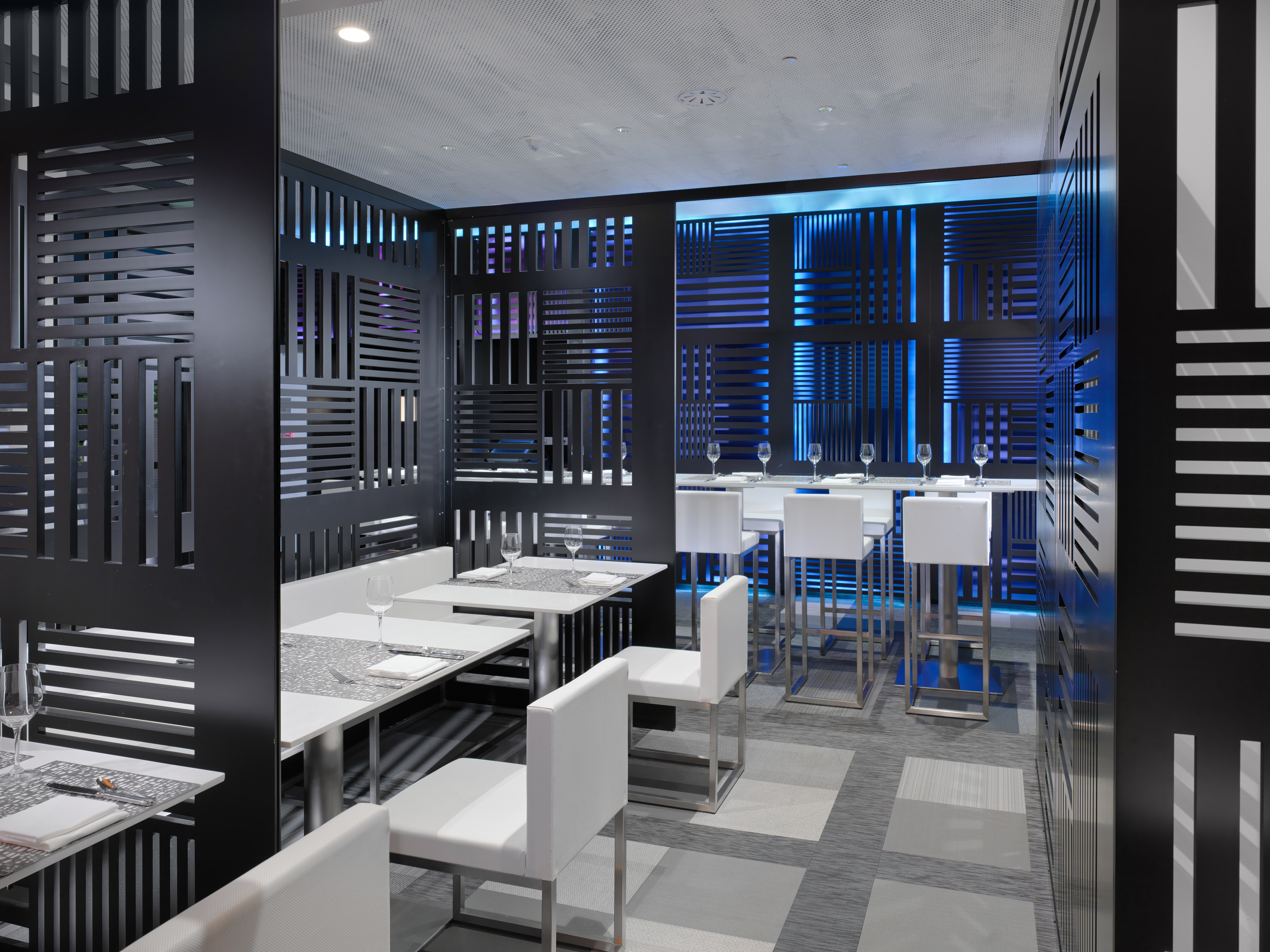 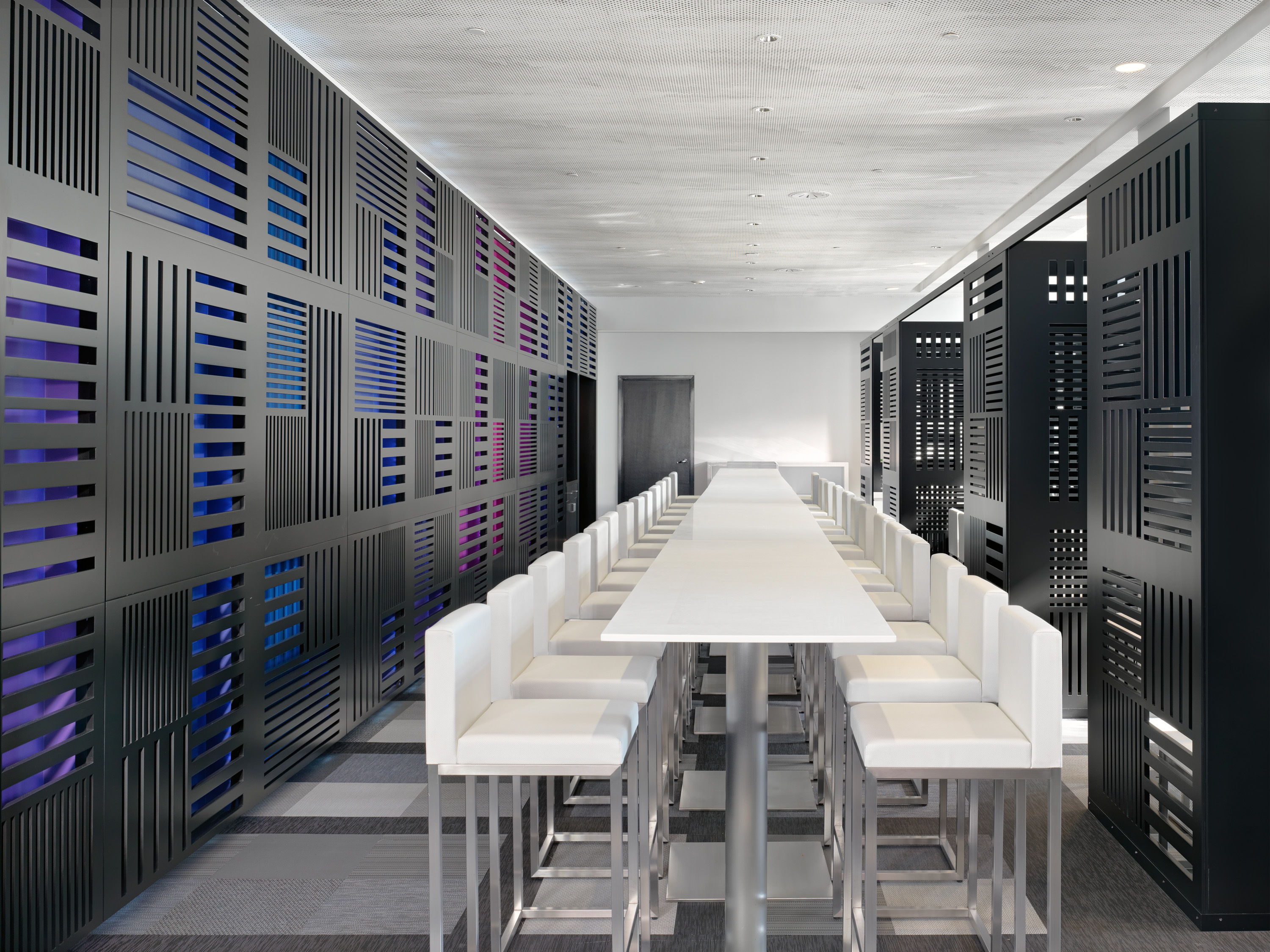 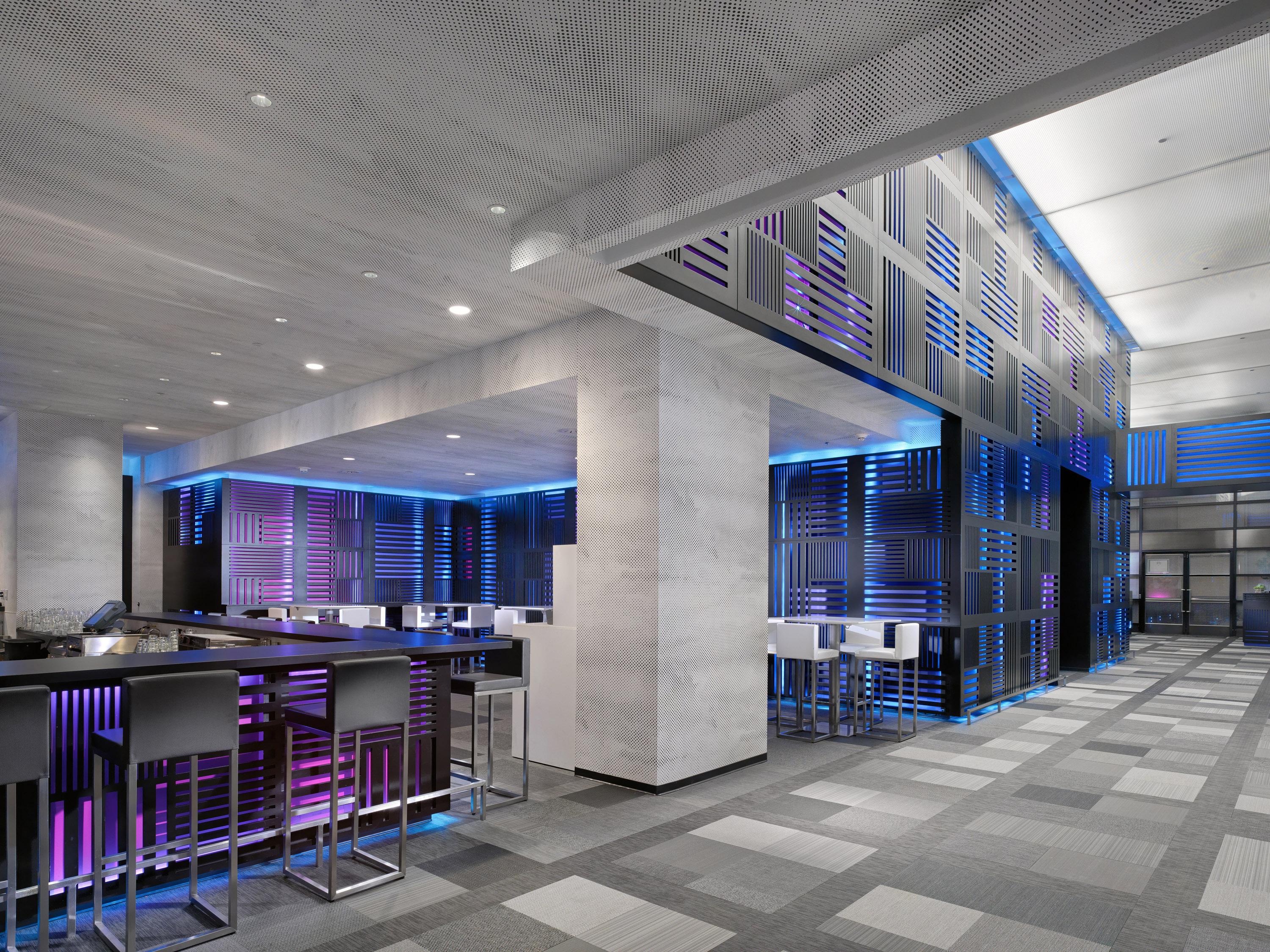 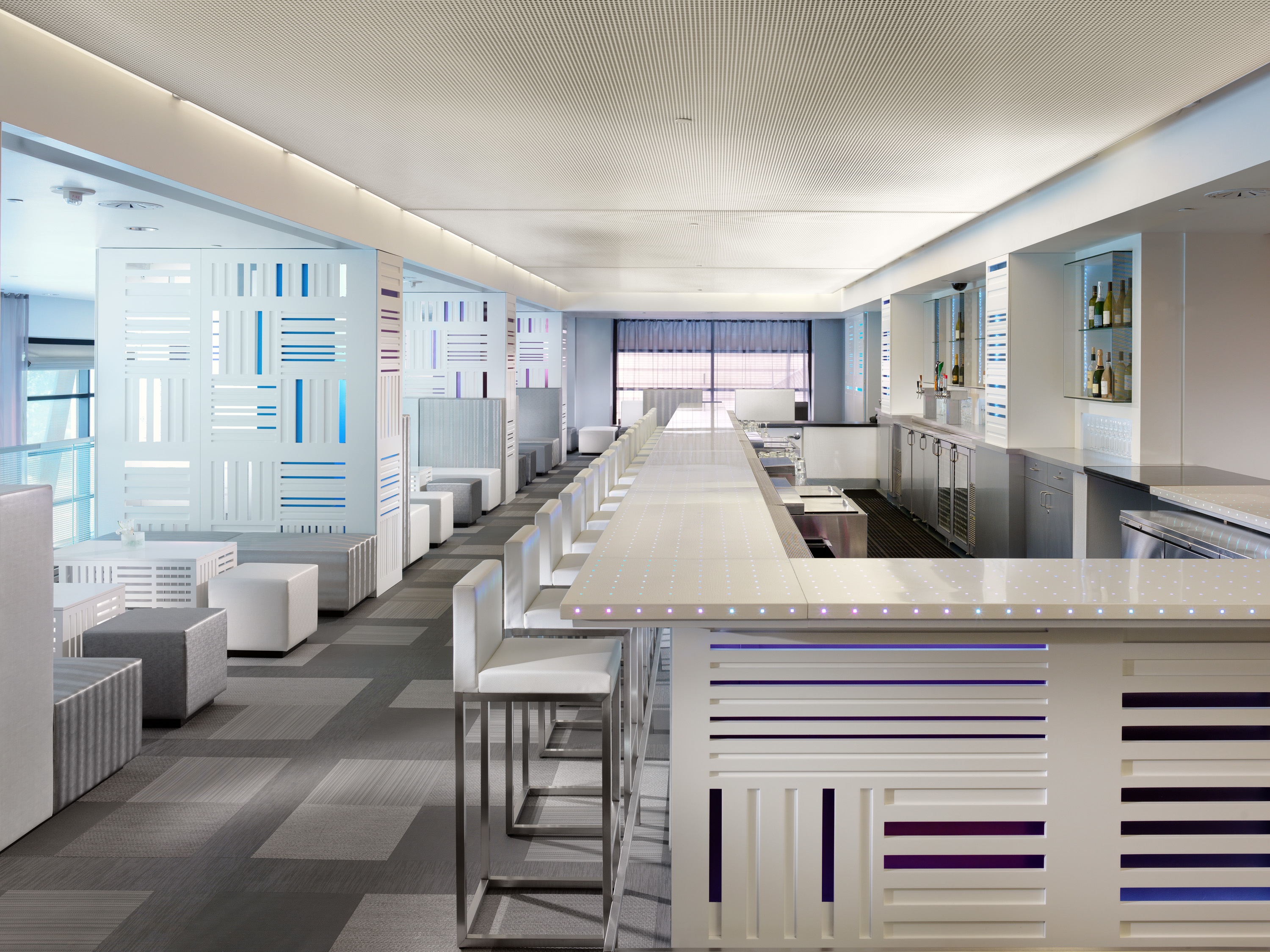 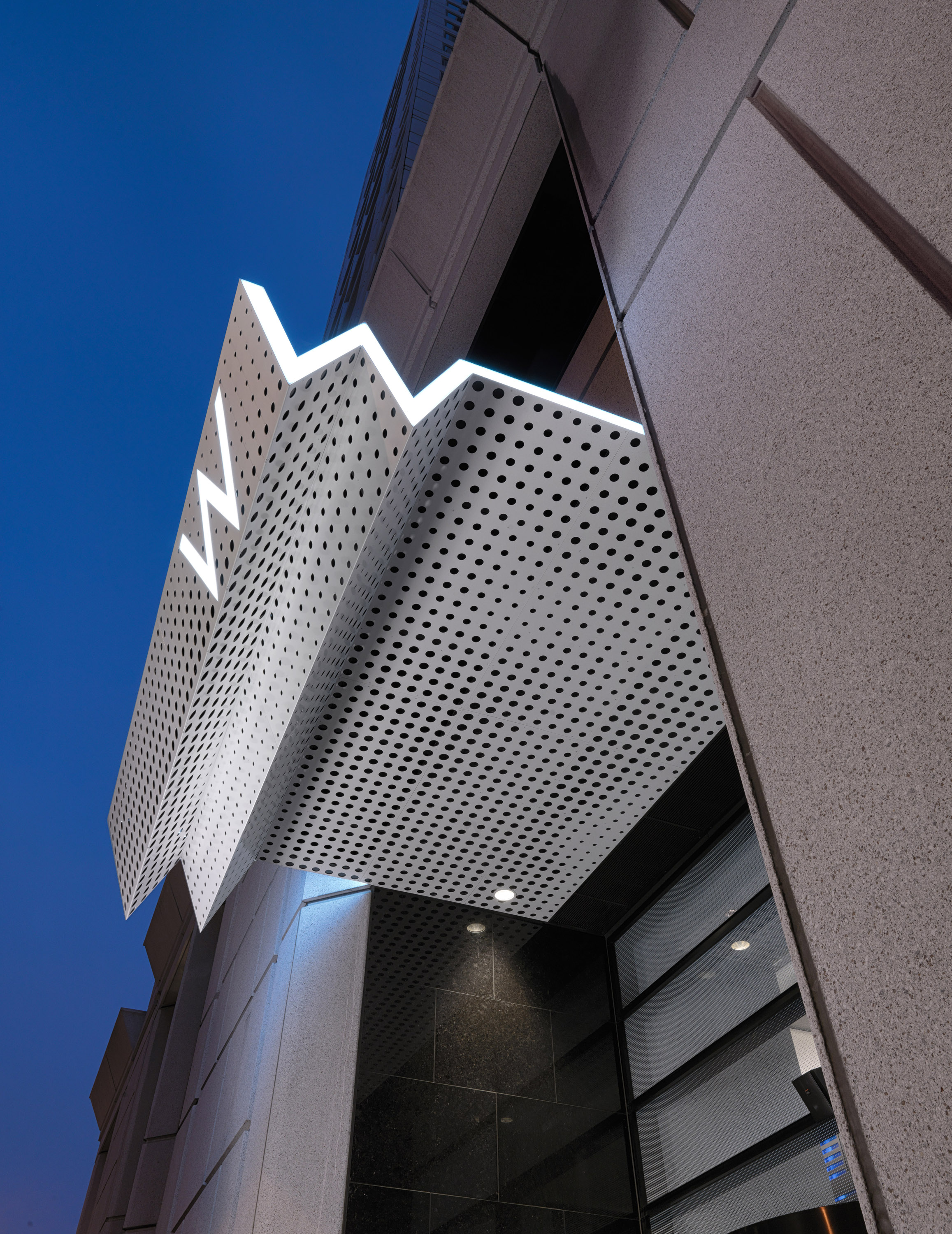 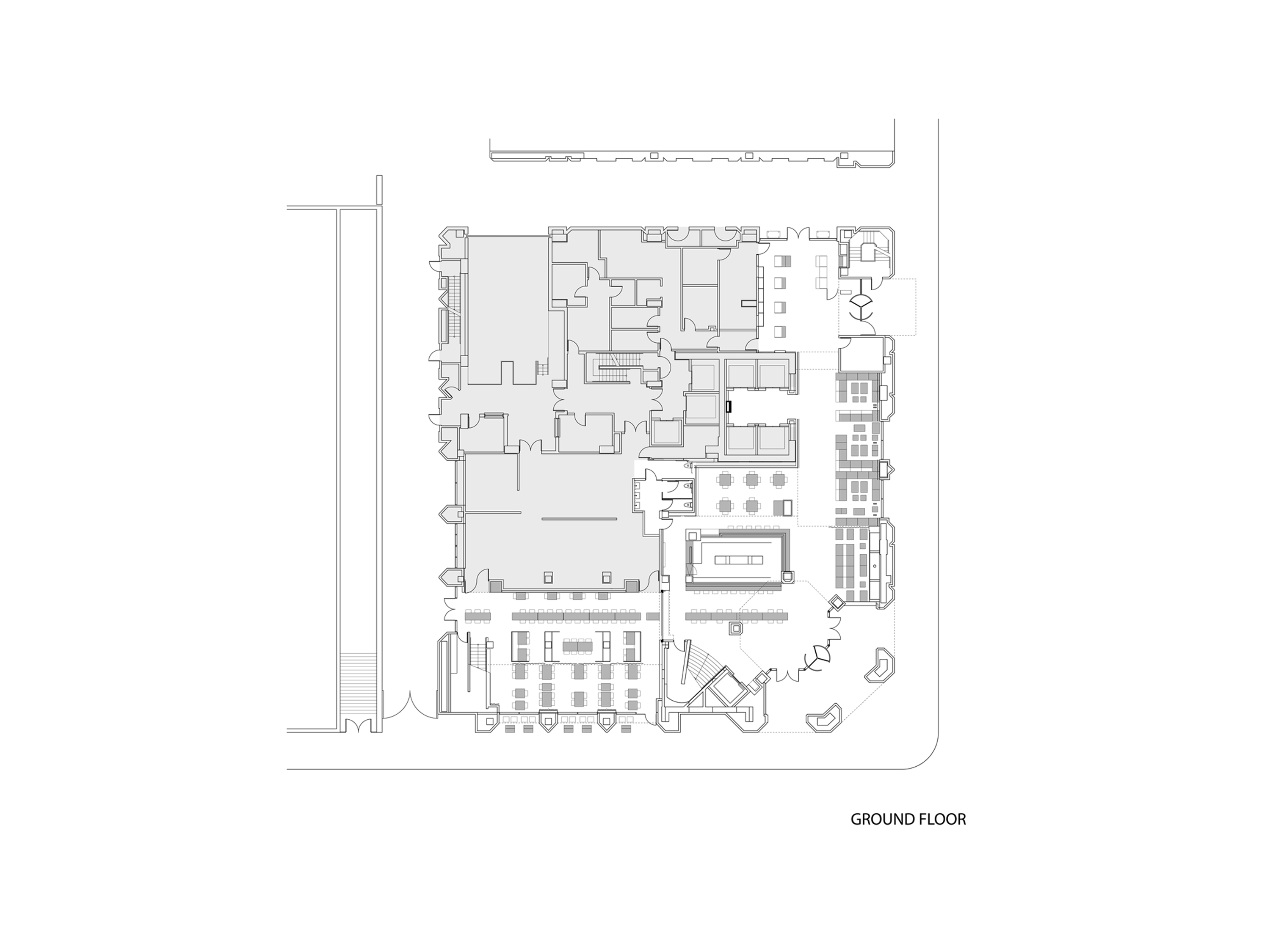 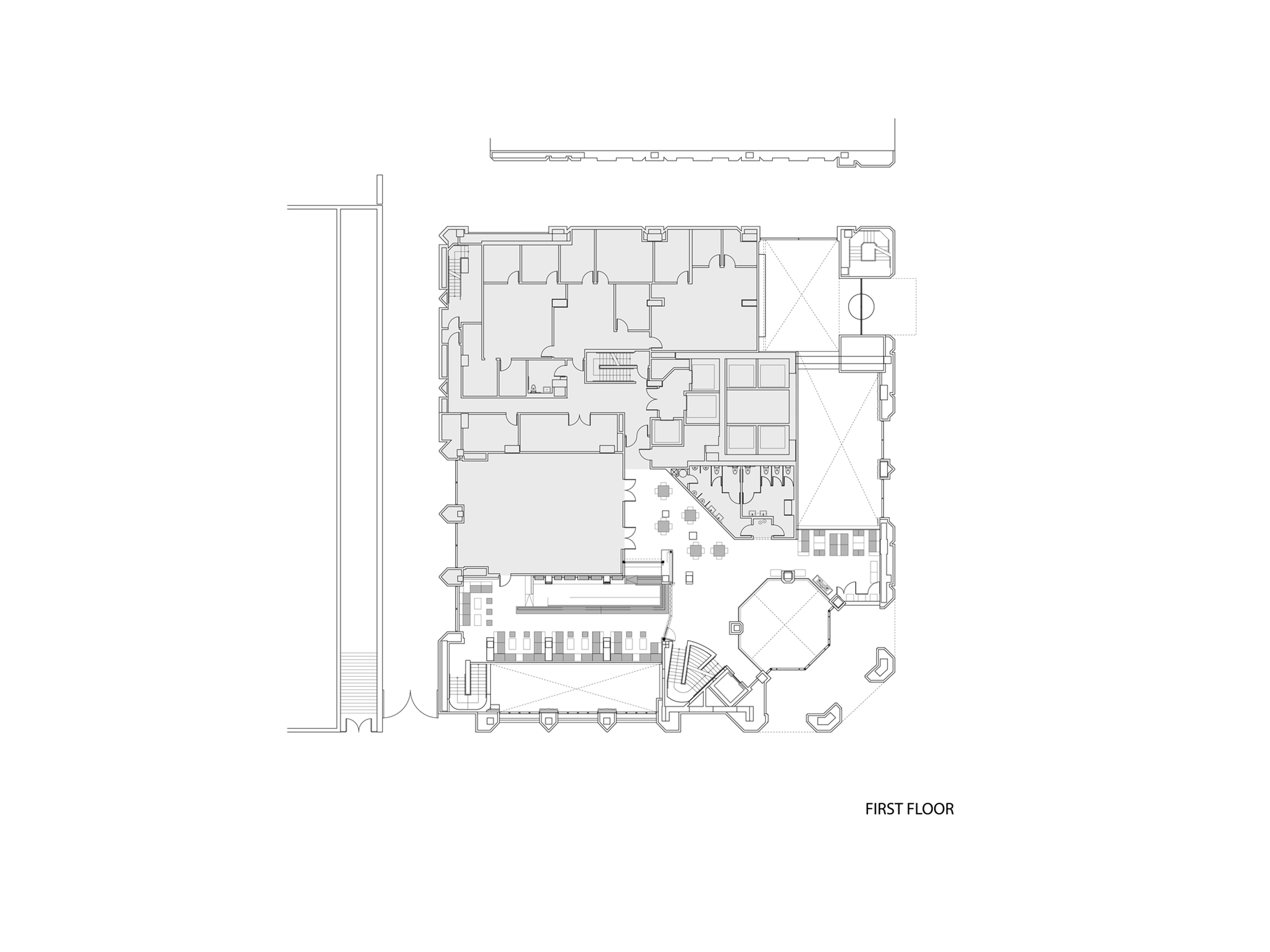 The W Brand is now focussed on making each hotel particular to its local context.

For the San Francisco W we have developed a concept based on a quote from native poet Ambrose Bierce…..’this city is a point upon a map of fog’.

Map and Fog are the key elements that are expressed in the design.

One memorable aspect of the city is the cubic buildings extruded from the grids of streets and lots, stretched out over the landscape like some encrusted map. The other is the fog which rolls in and out of the city enveloping it like a living glacier.

The ground and sky become the floor and the ceiling, the floor is the map of the city, the ceiling the fog. Out of the grid of the floor, furniture as buildings are extruded. Over the windows that wrap the space along Howard and Third Streets the fog descends. Along the interior wall, the city climbs up the wall.

The grids of streets and lots that cover the floor are patterned carpet, and wrap up the interior walls as backlit wooden panels. The reception desks, furniture, bars, bar storage, tables, seats and couches are cubic extrusions from this carpet map. Each piece of furniture is a fragment of the San Francisco cityscape, recreated as an interior landscape, to be sat on or in, to store and support the functional elements of the hotel.

These pieces of the remade interior city are enveloped in patterns of fog that cover the windows, walls and ceilings, backlit and shimmering, making them both ephemeral and focal. Fog is presented as fabrics, drapes, and pixilated wall coverings that wrap the surfaces. As one goes higher in the interior, upstairs to the bar, the fog thickens and the colors change to white and mute.

The new interior of the W is a fantasy cityscape, an image of the city as remembered in movies and songs, shrouded in glowing fog.