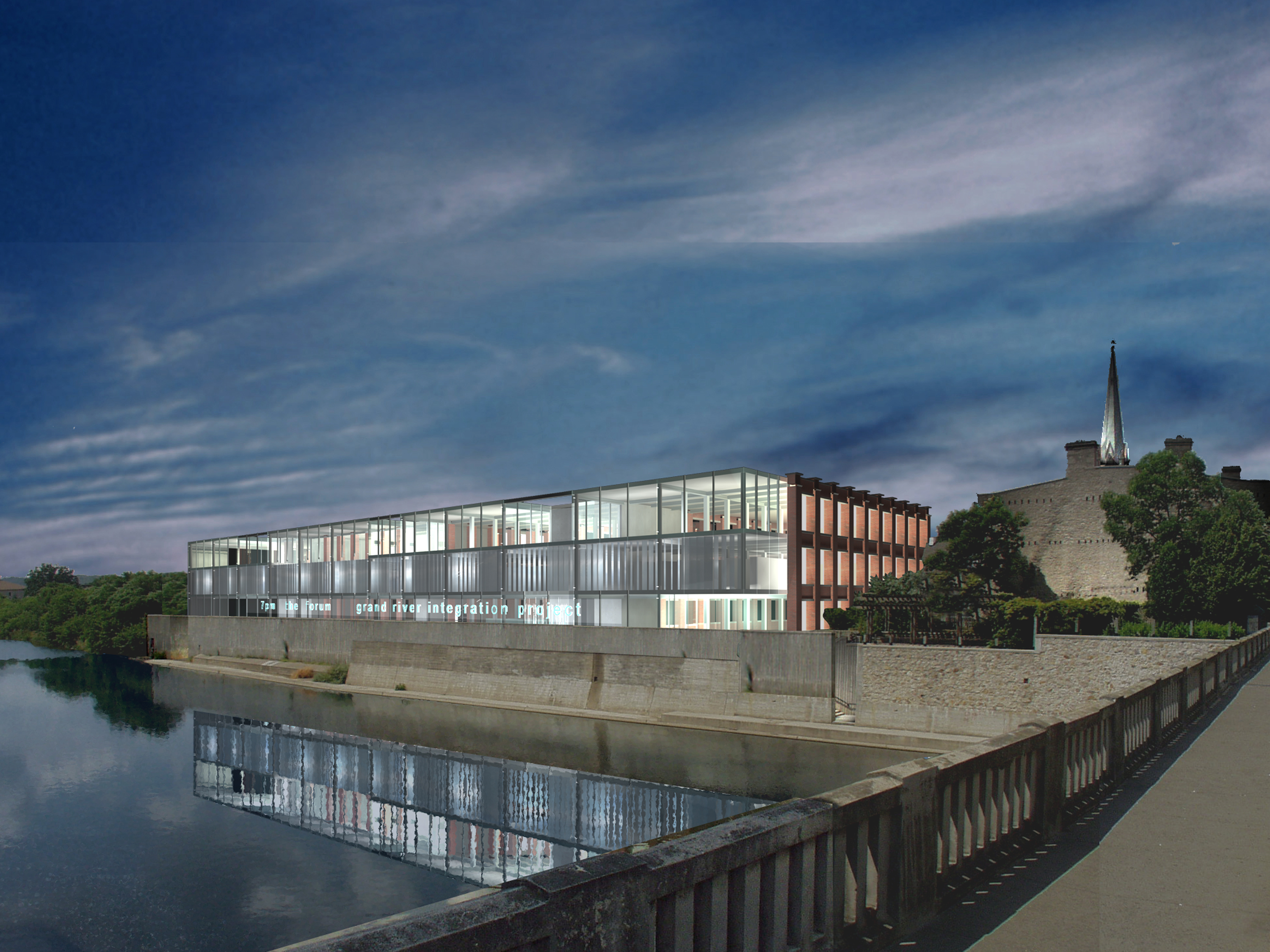 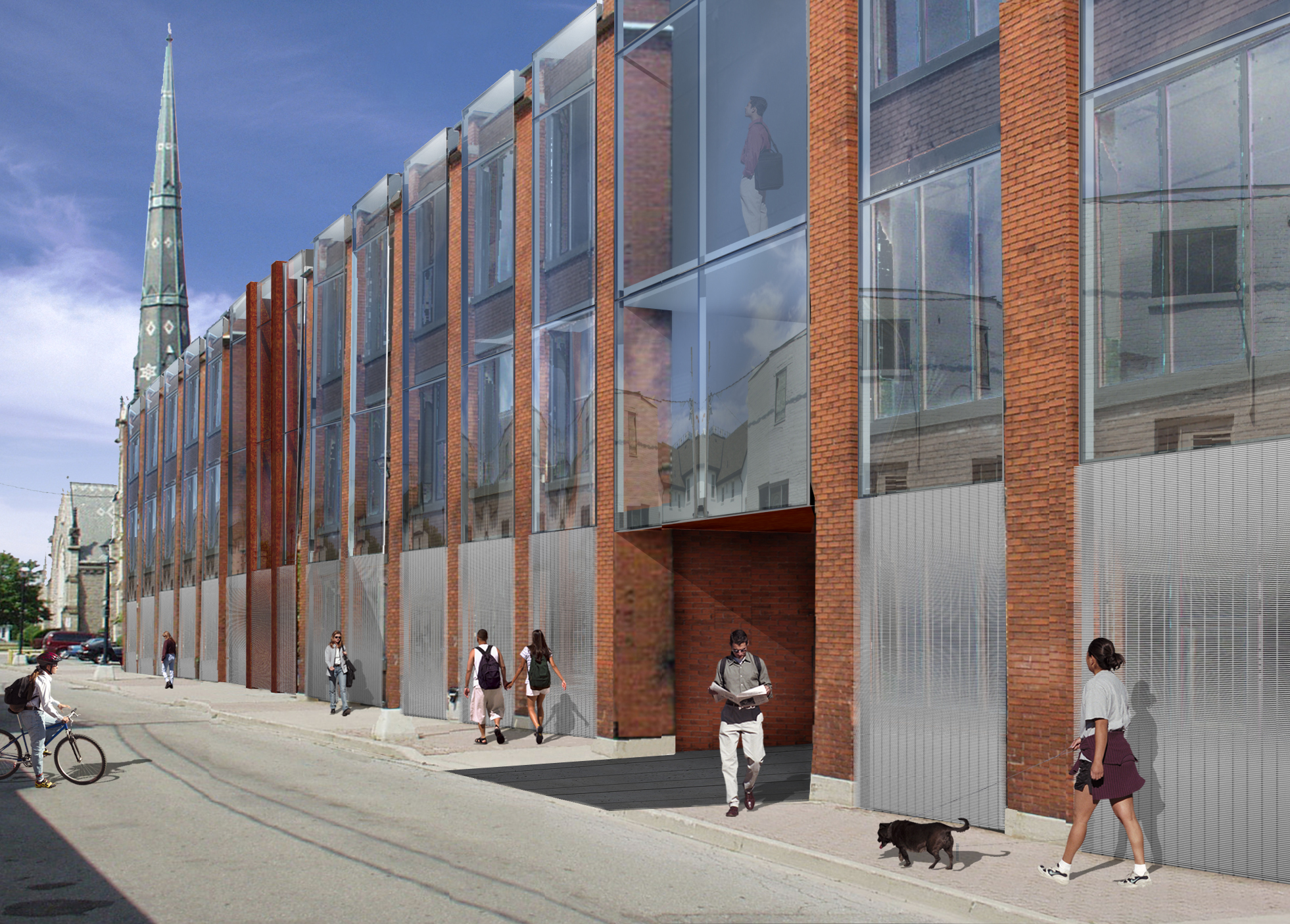 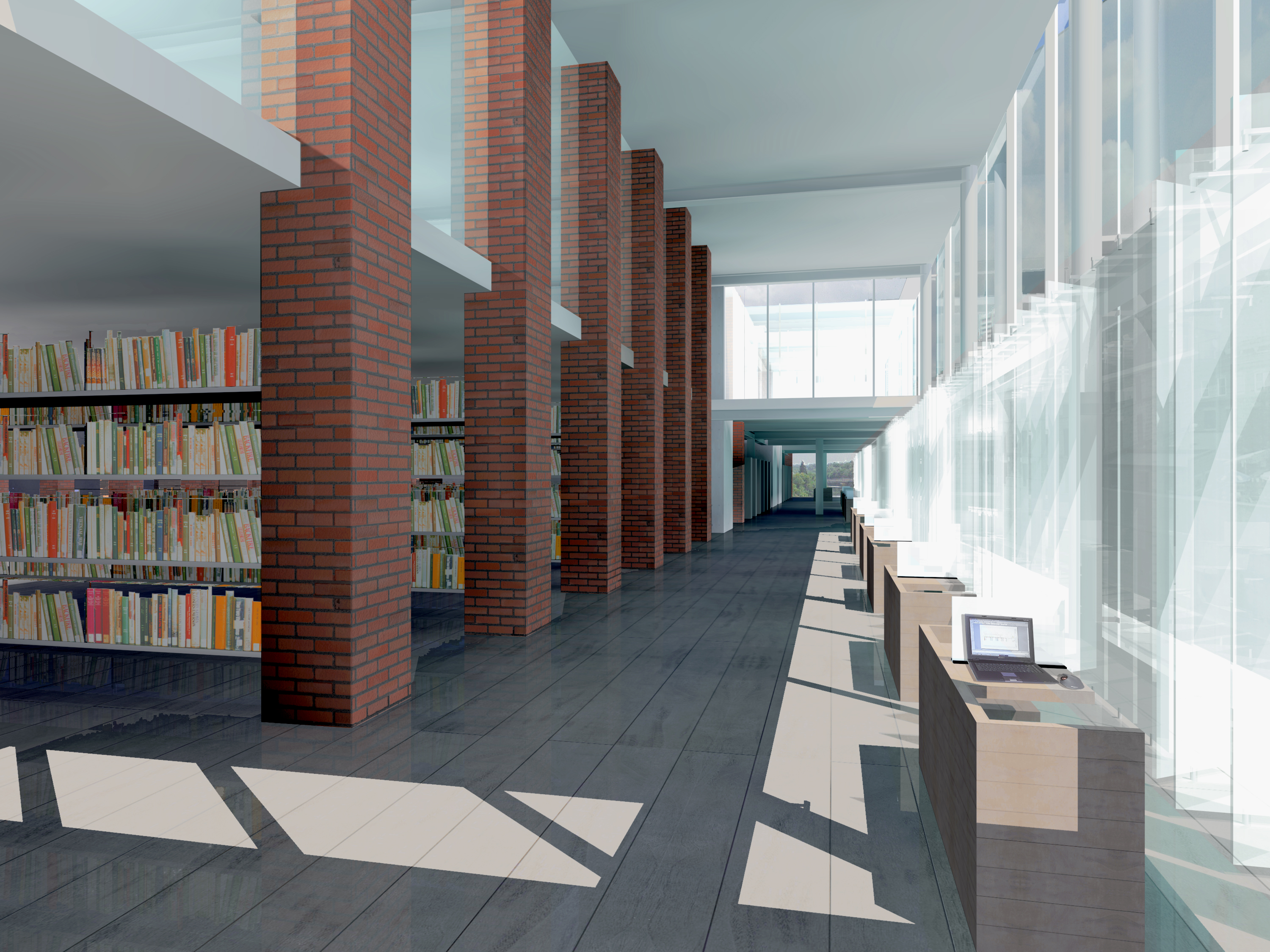 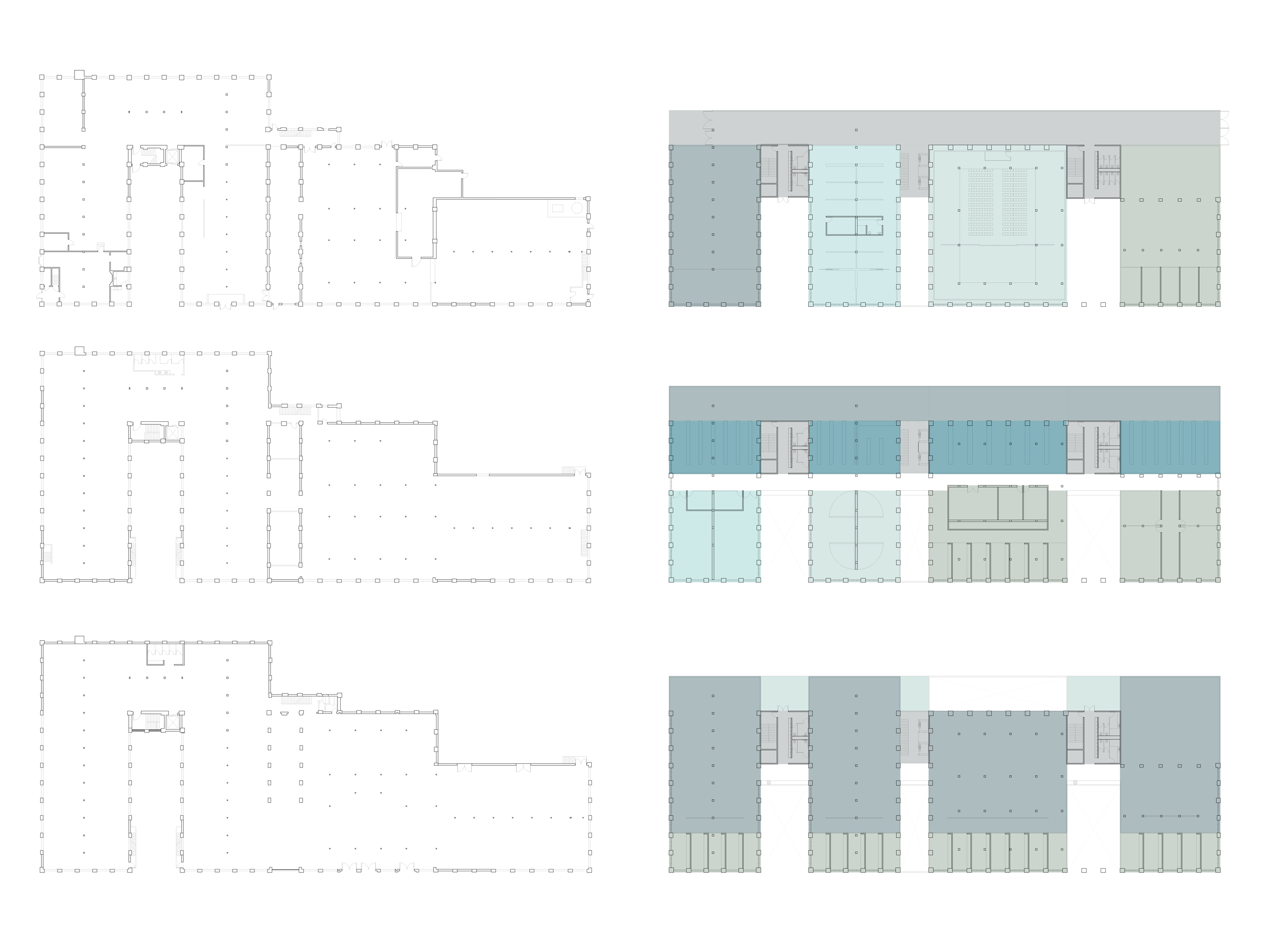 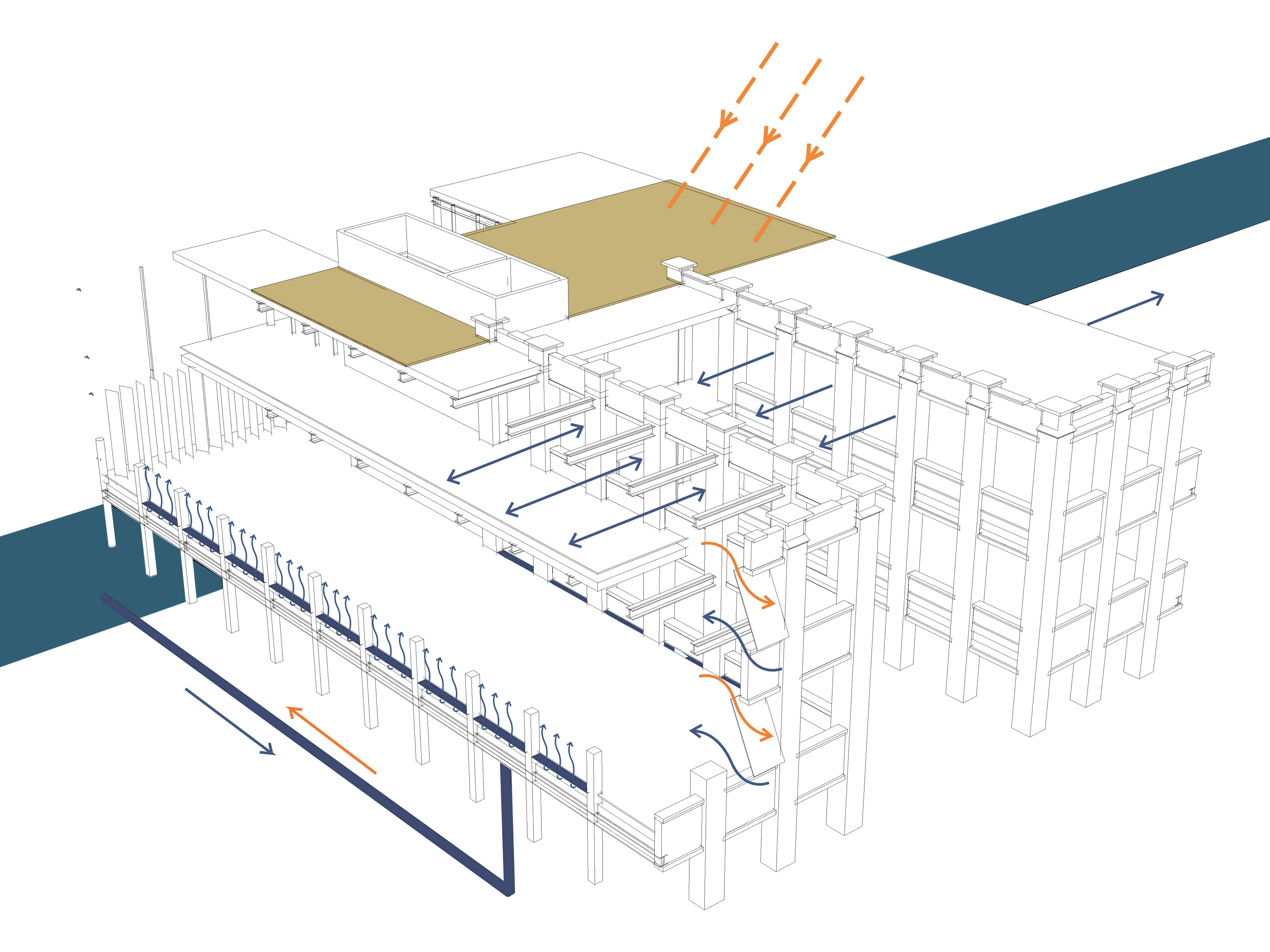 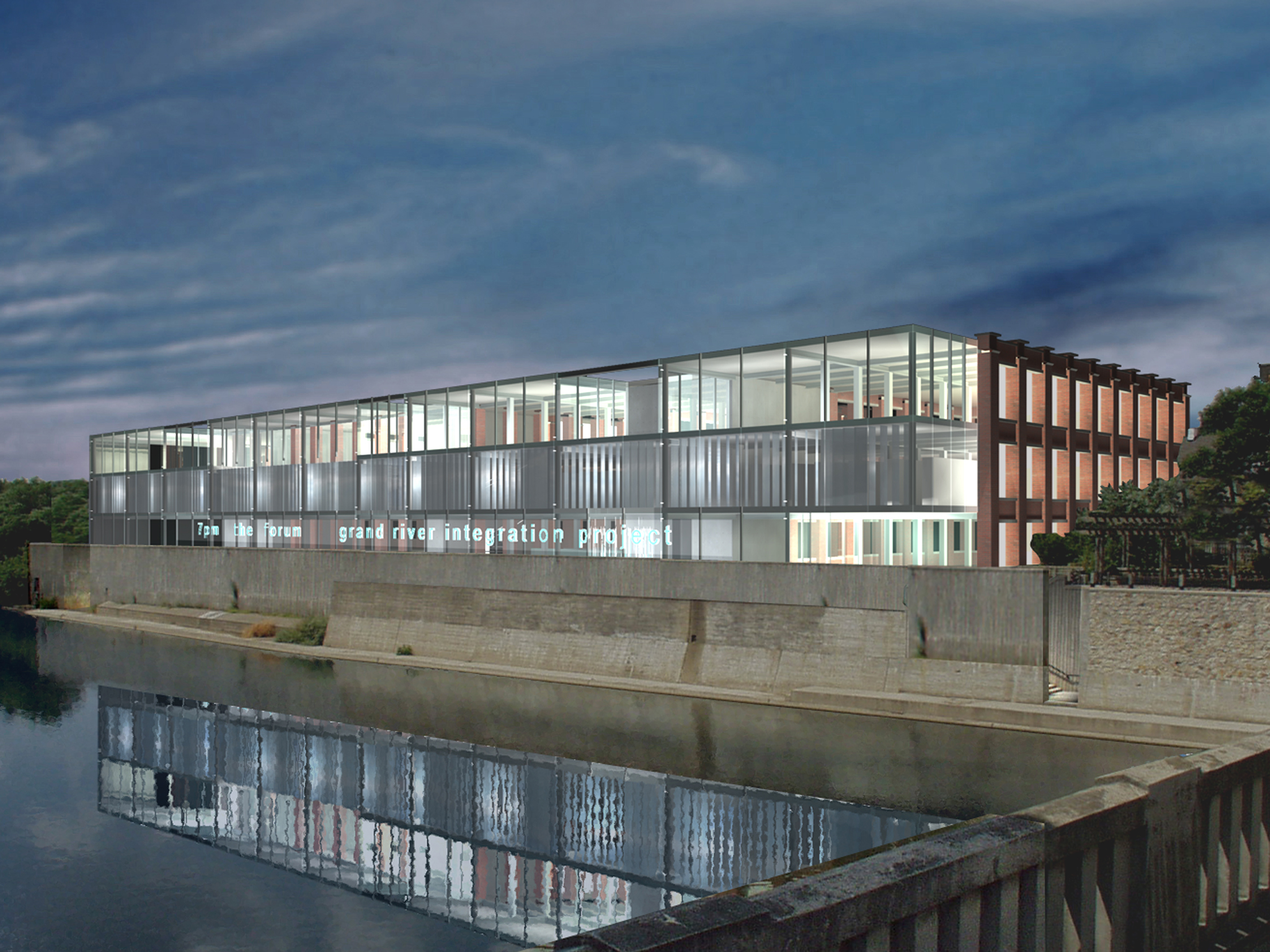 University of Waterloo School of Architecture

The design of a school for architecture poses questions concerning the nature of architecture itself. In Cambridge, these questions weave around the history of the city as a textile town and the history of the building as a mill. Cambridge draws its beauty from the Grand River. The river was once a utility, a backyard, for the textile industry; today it is an amenity being reintegrated into the fabric of the town. There are two primary architectural archetypes: the hearth and the cloth. The hearth is the first mark of settlement; the cloth, the first fabrication. The mat as a woven object has primacy as a place-making element, its long history in many cultures—the Japanese tatami mat is the best known—an analogue for building. The mat building was elaborated by Alison and Peter Smithson as a type that is homogeneous in layout and consists of the systematic repetition, both conceptually and spatially, of constituent elements. Mat buildings are a powerful counterpoint to the sculptural forms that dominate much architecture today, offering instead the model of amorphous buildings as fabric. The architecture school begins with a series of operations that weave river and town to produce an interlocking mat framework. Three courts—one existing, one reclaimed, one new—are carved into the existing building. These courts tie into Melville

Street, knitting together structure and city, intertwining the vertically stacked programs. Inserted into each court is a core of vertical distribution.

The building incorporates energy-efficient technologies: the roof is a photovoltaic sponge, the windows pivot to provide air from above and below, and river water is used for cooling. The framework that houses the school remains versatile and open, making future changes possible. Old and new knit and knot, tie and plait, thread and stitch, overlap and weave.