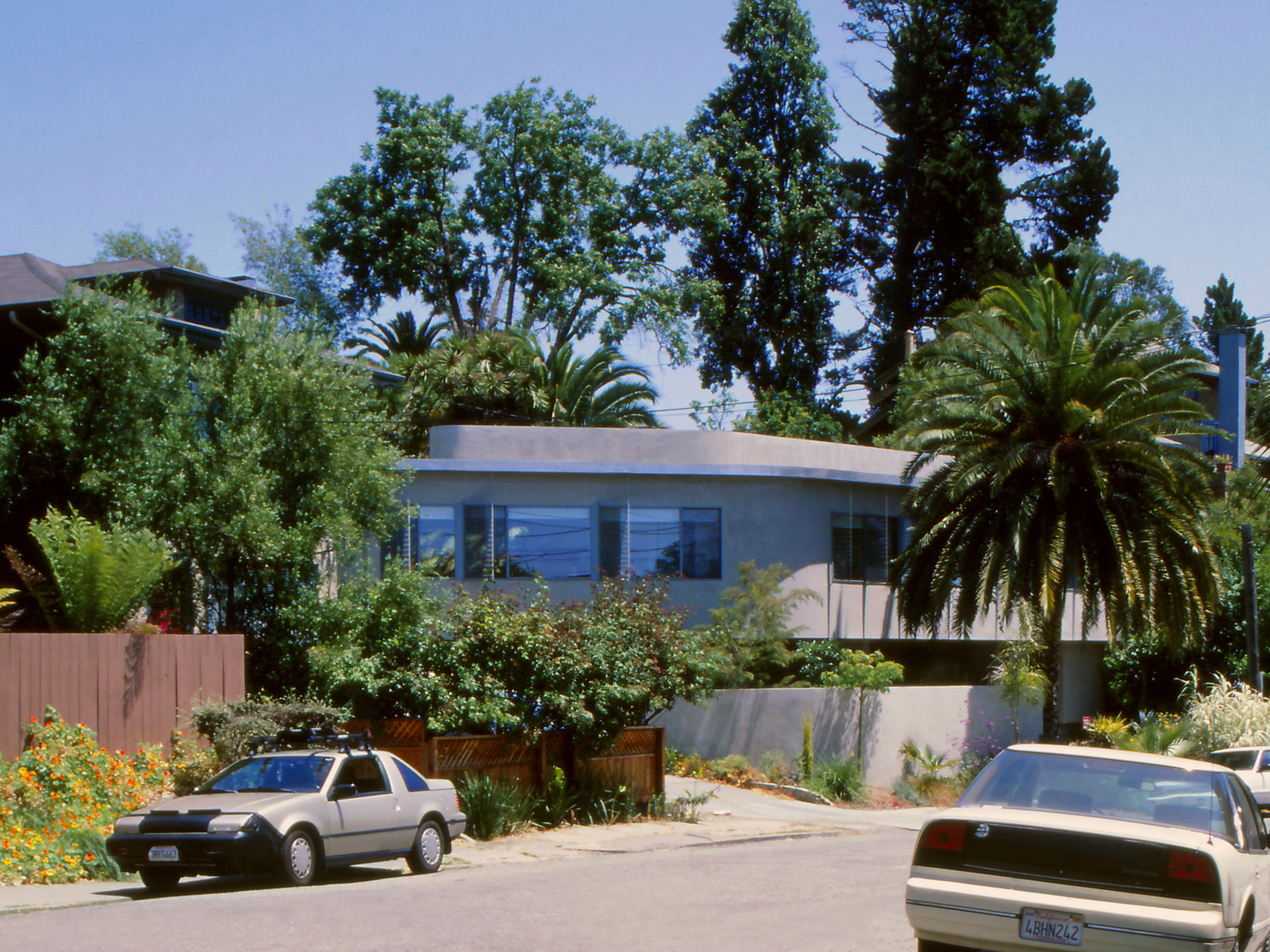 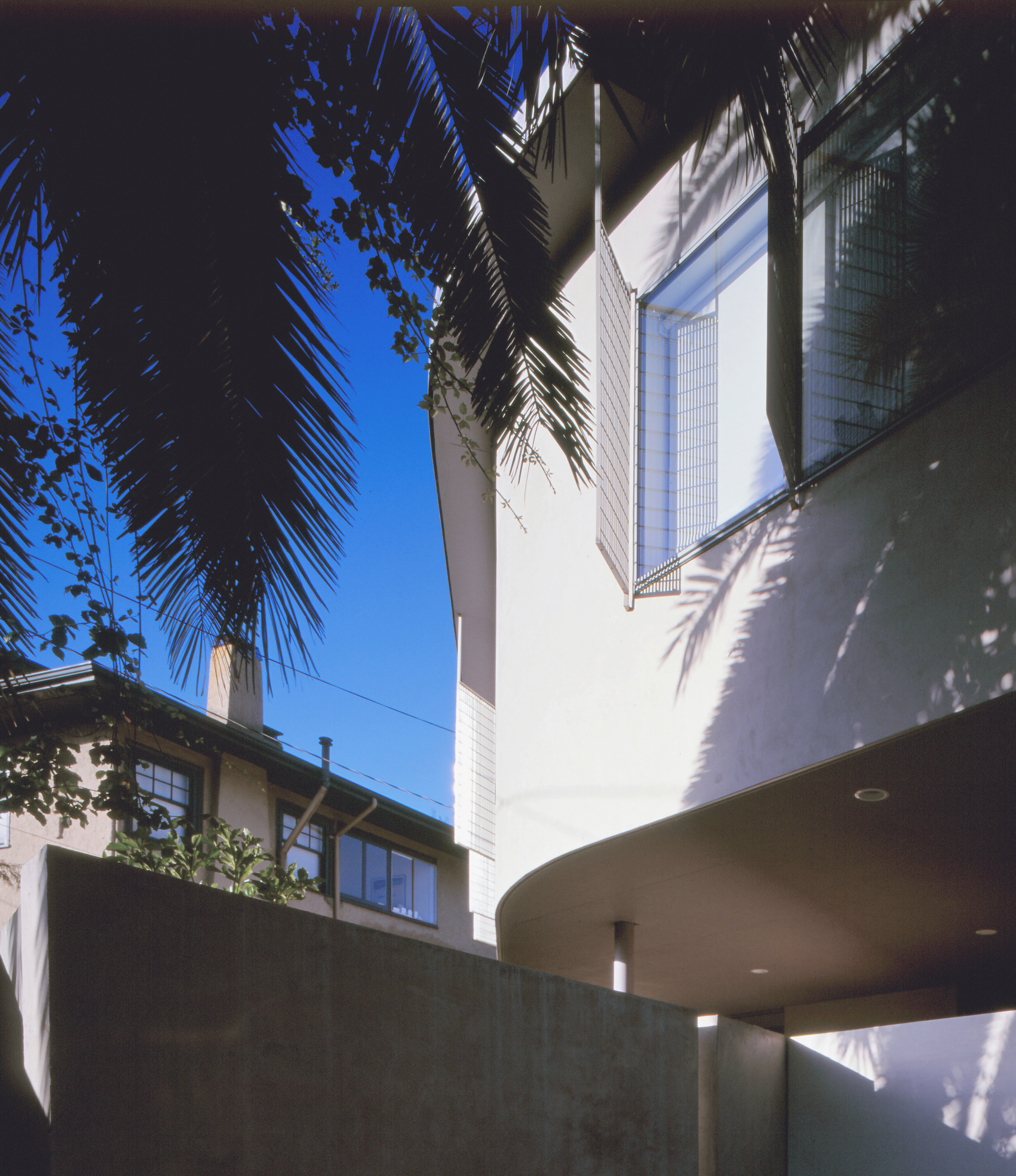 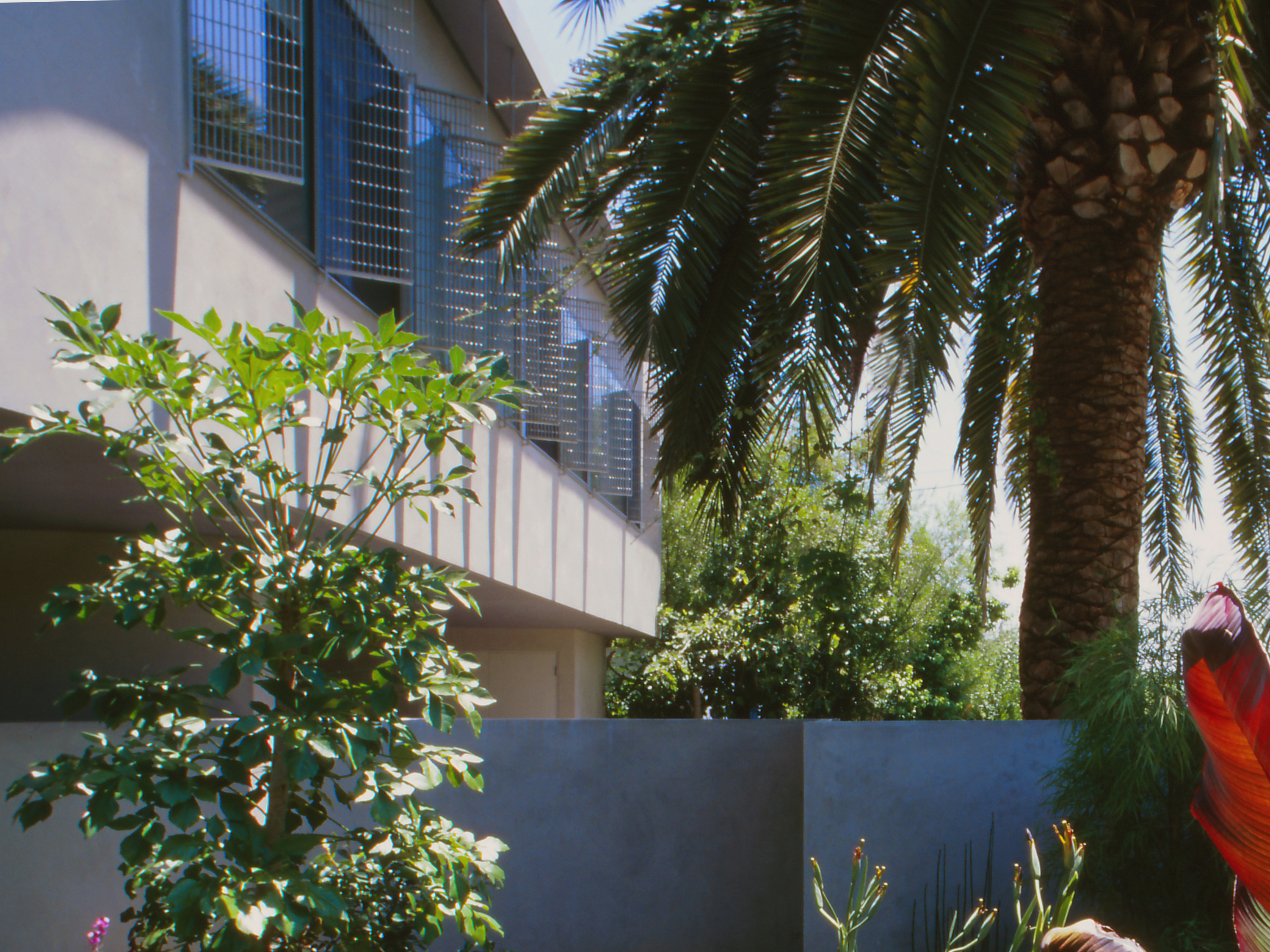 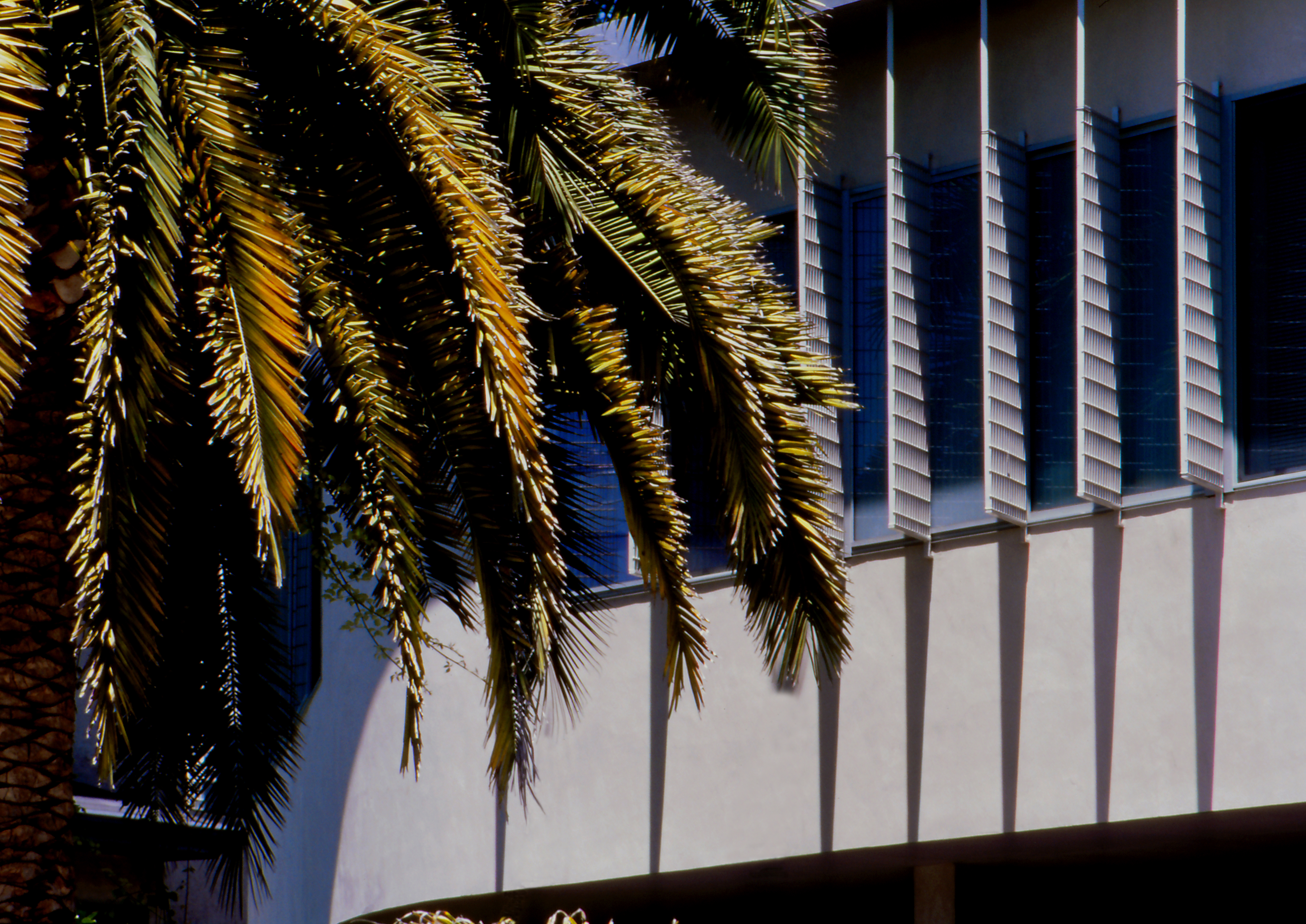 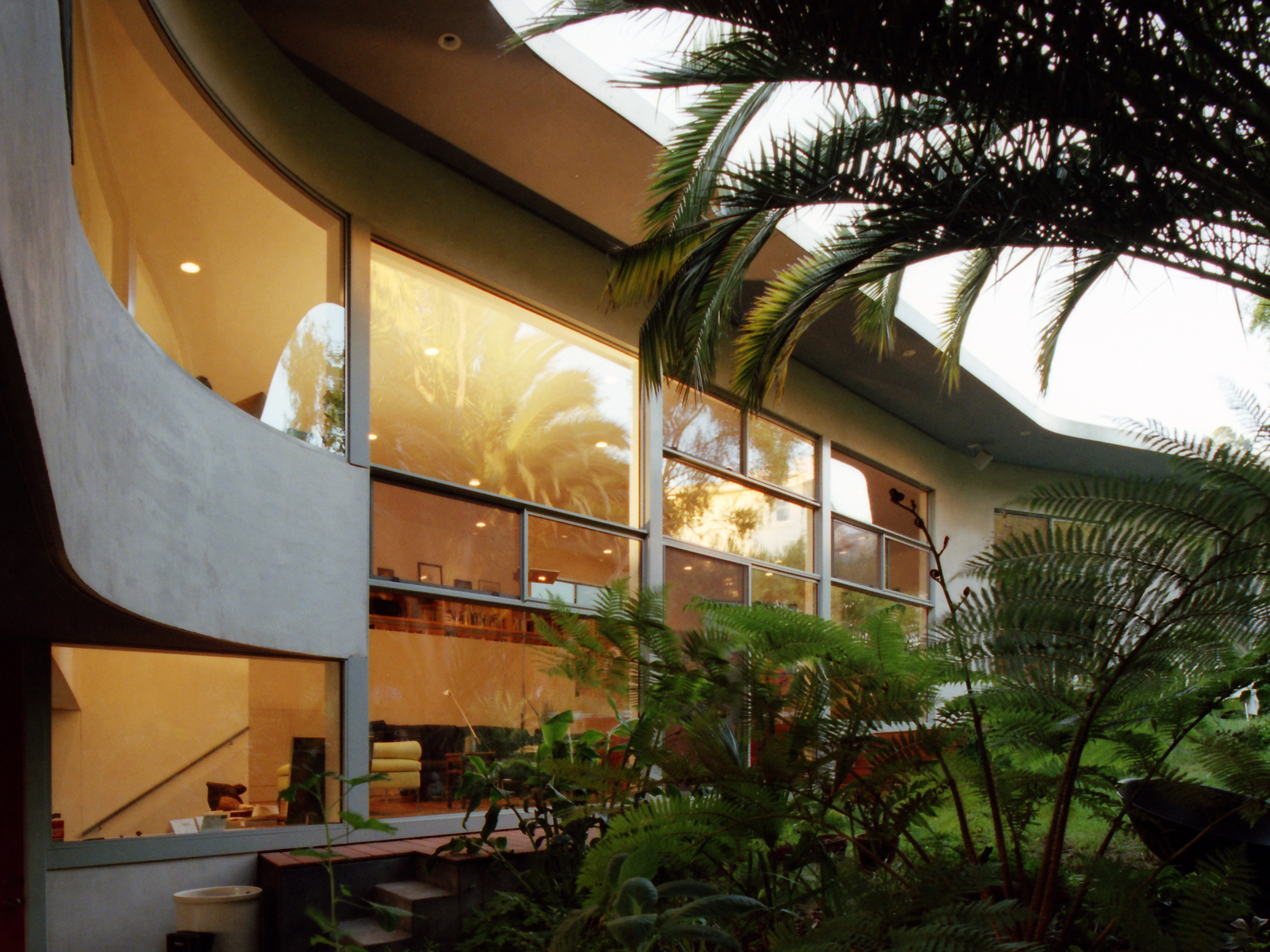 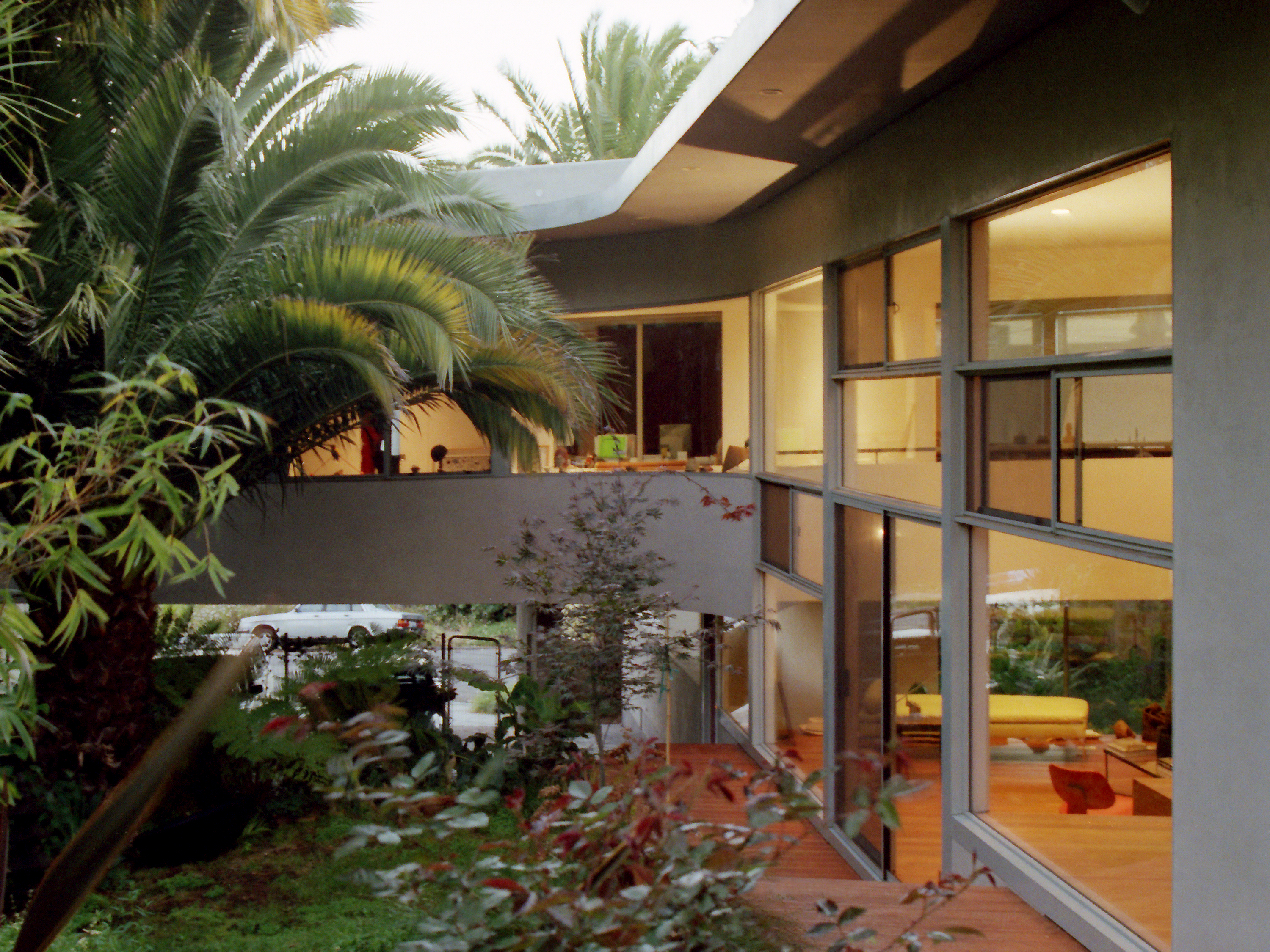 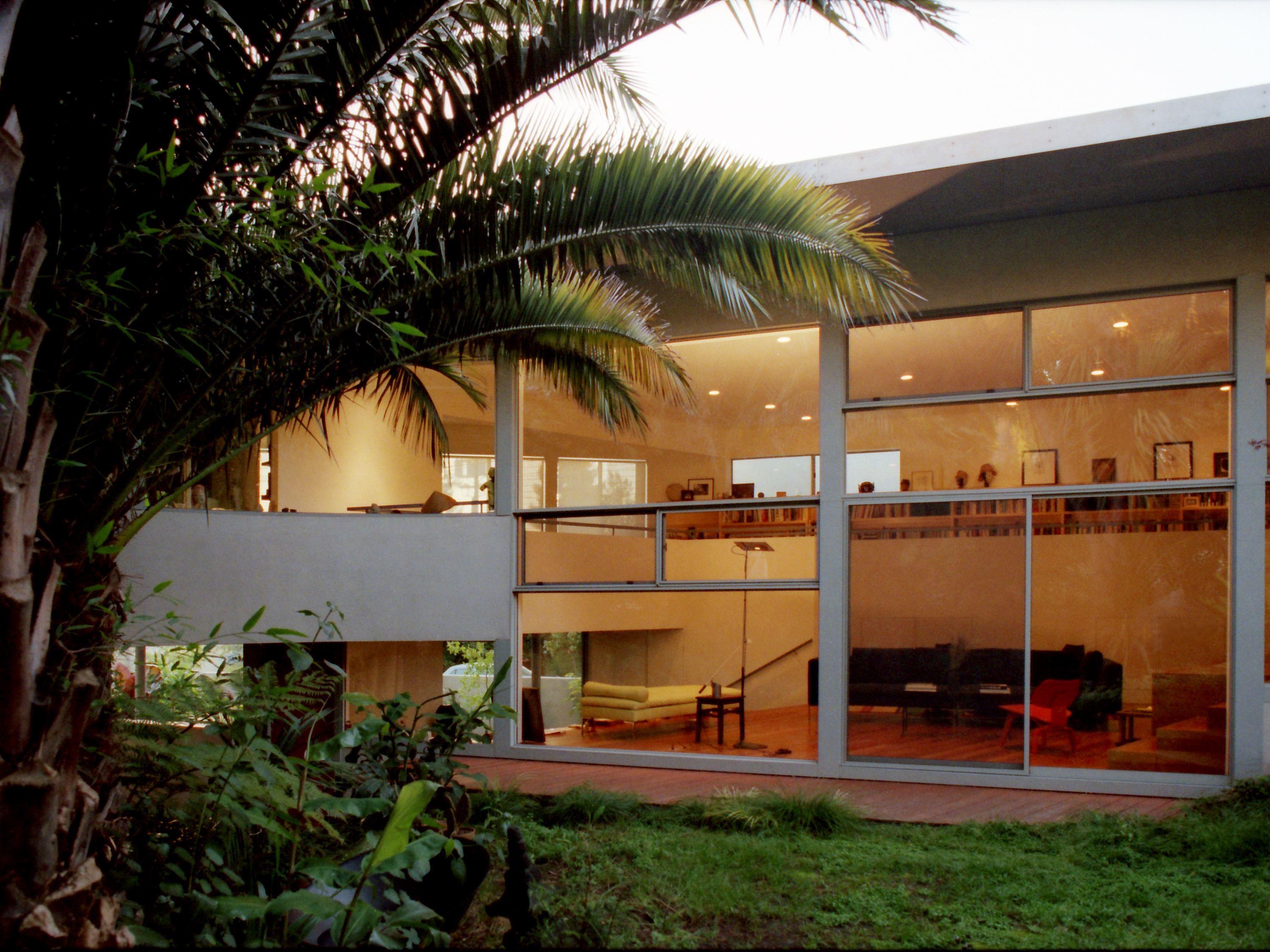 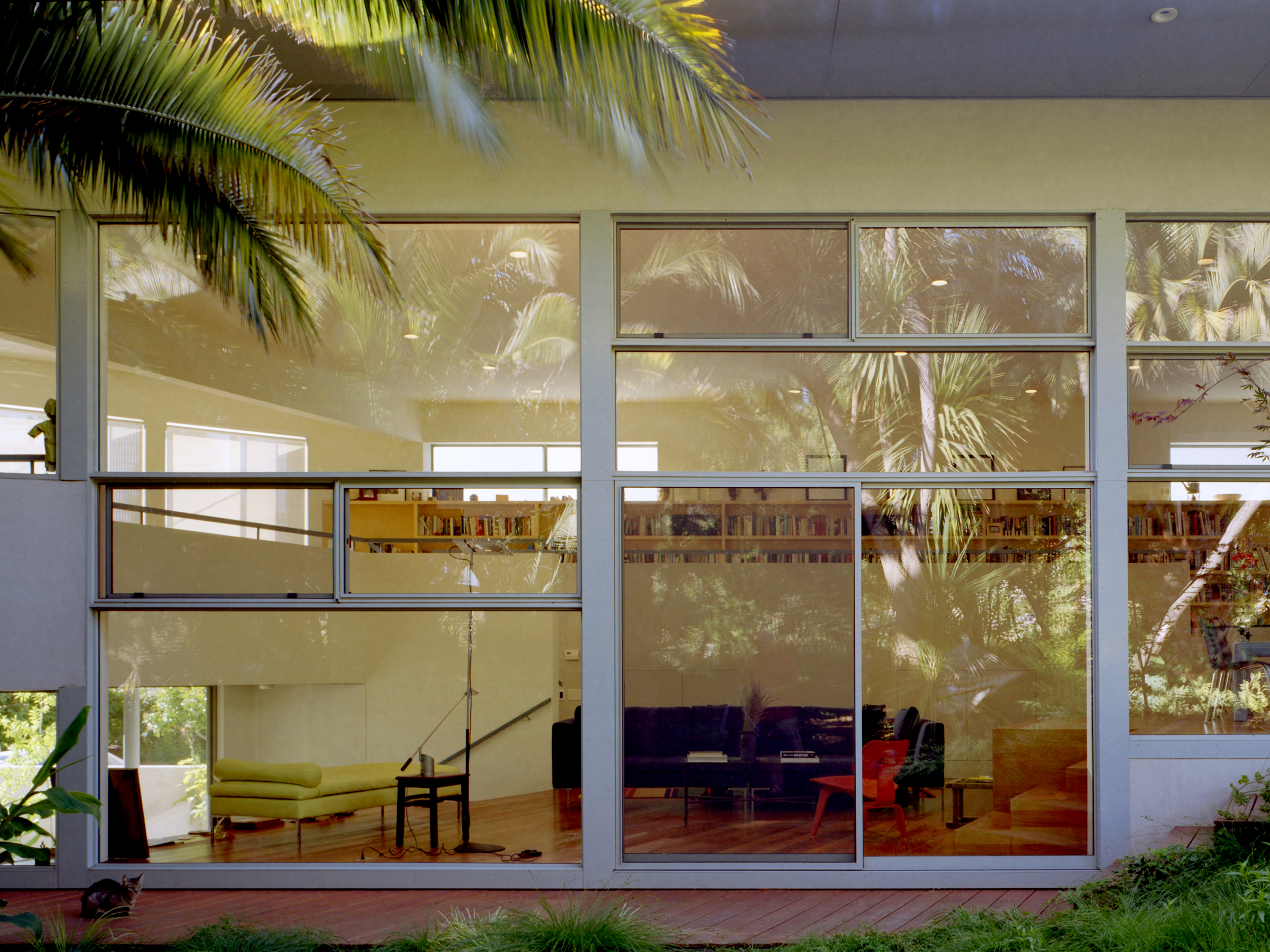 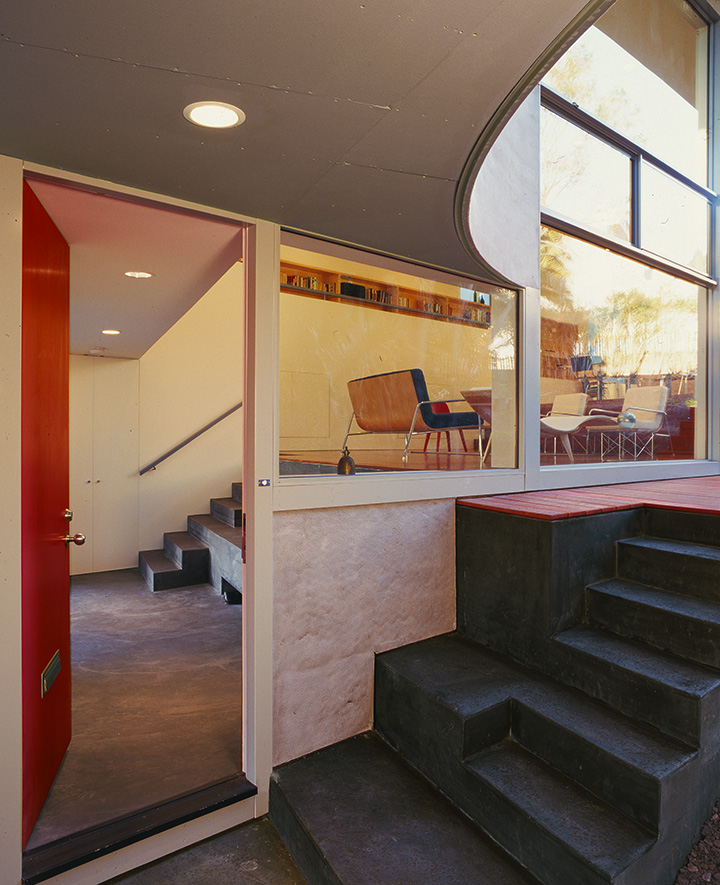 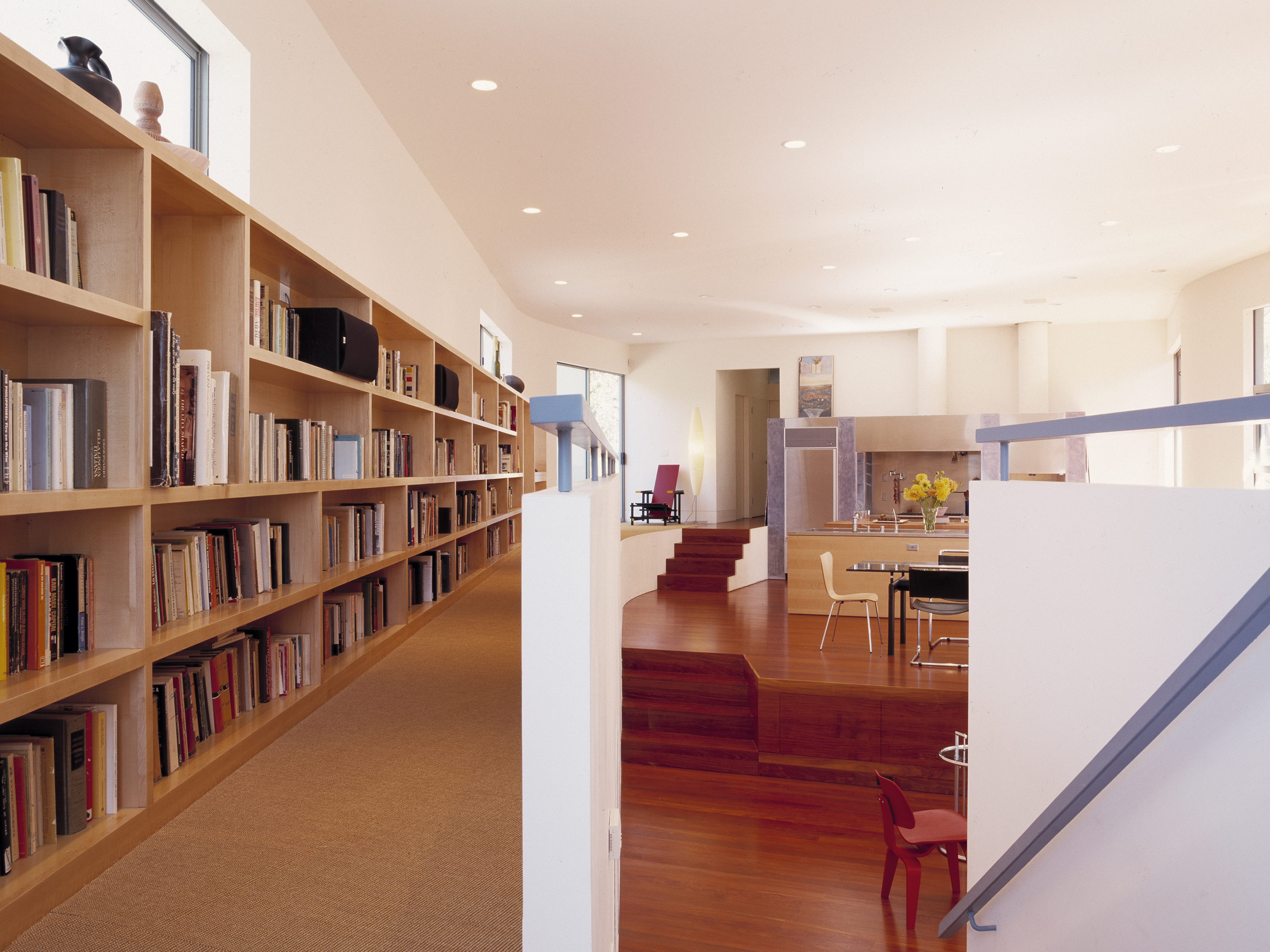 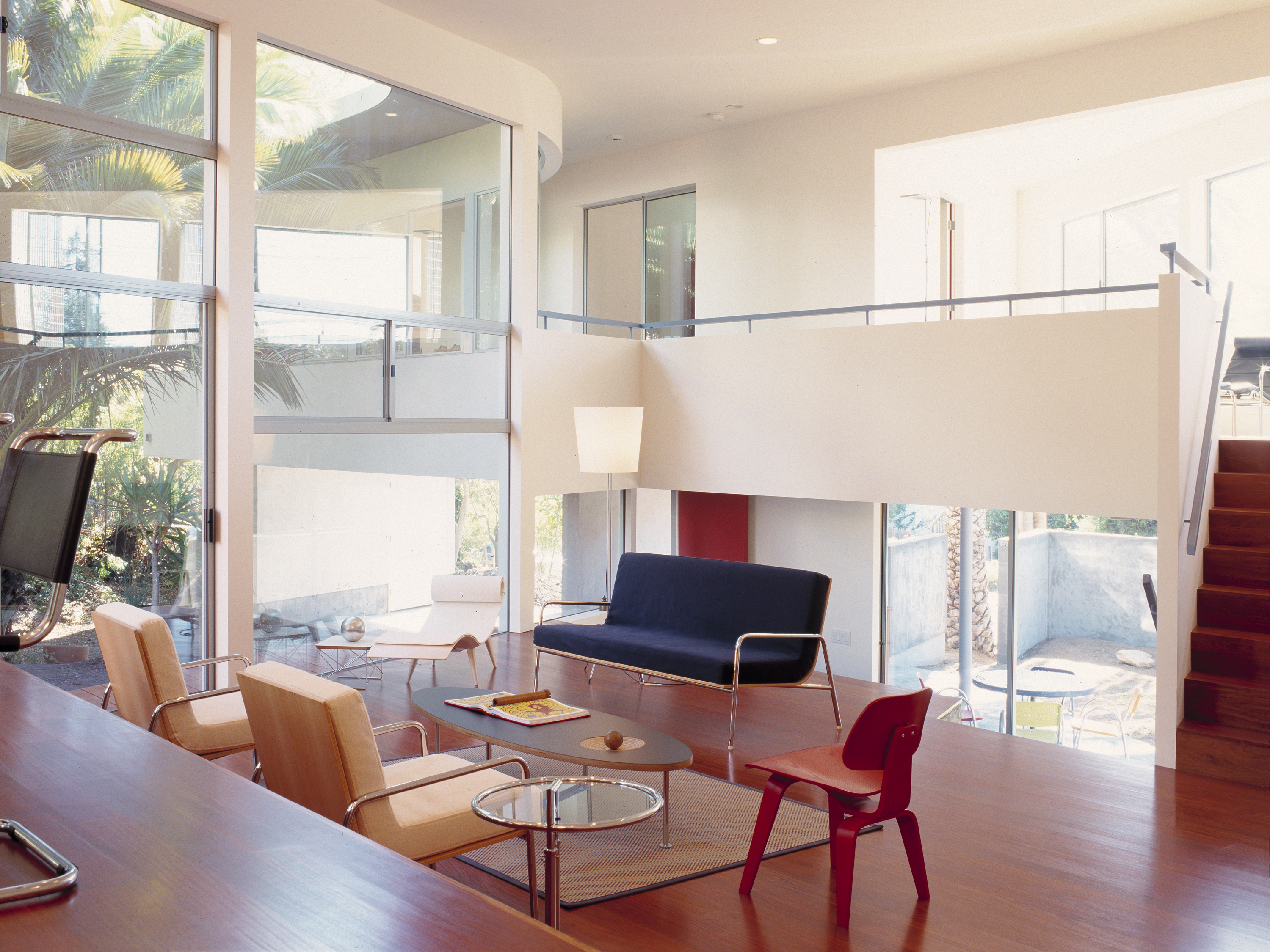 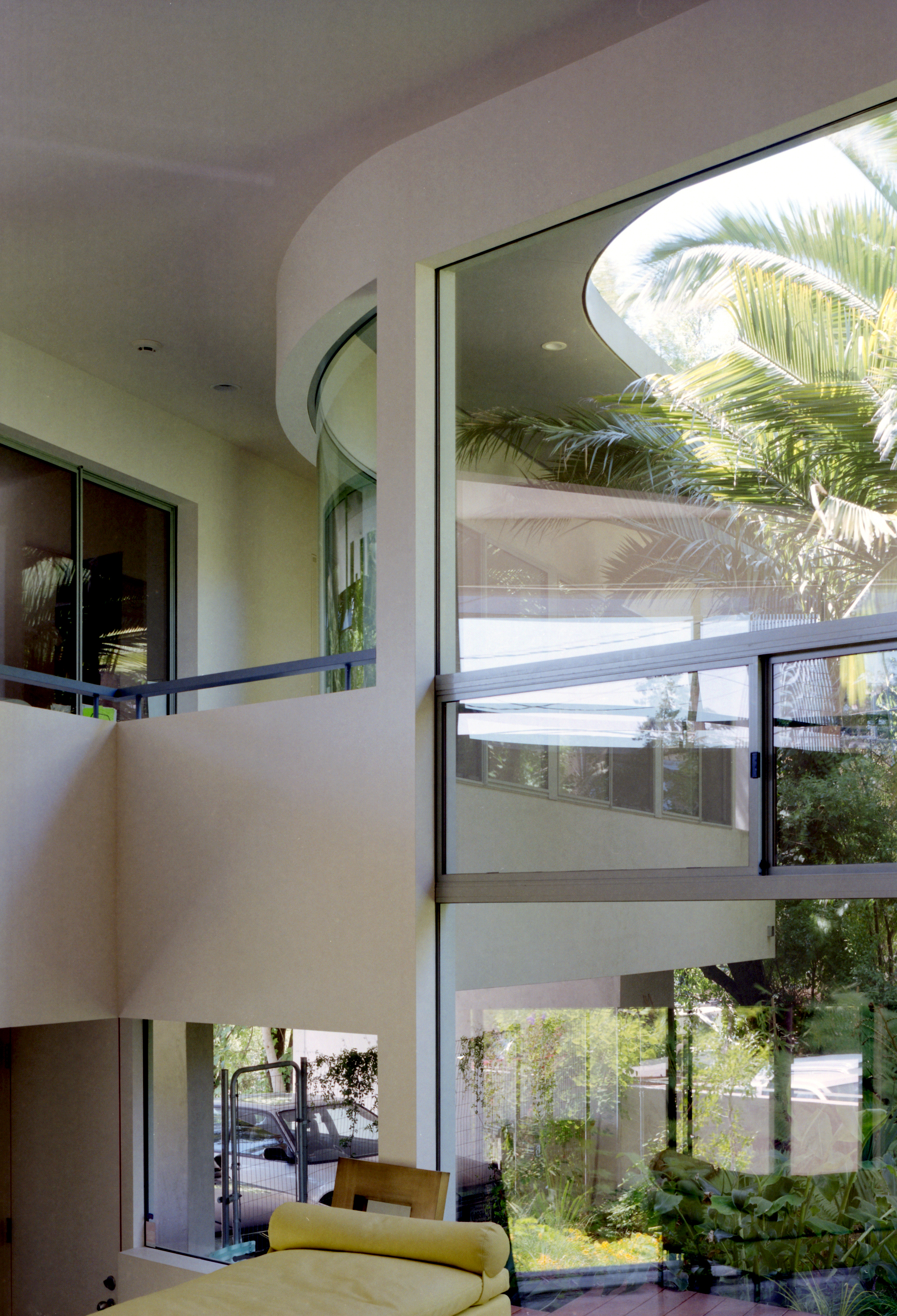 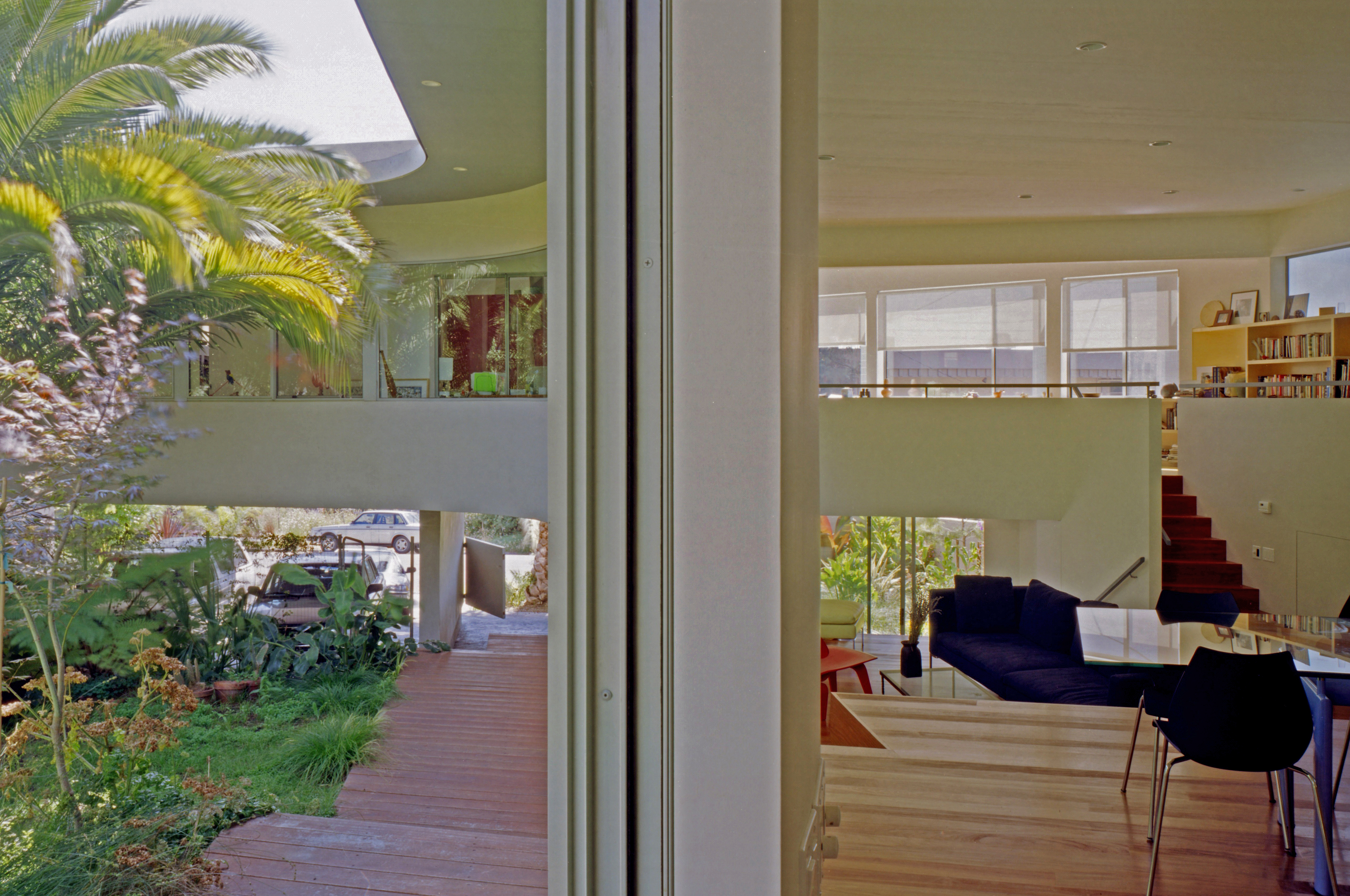 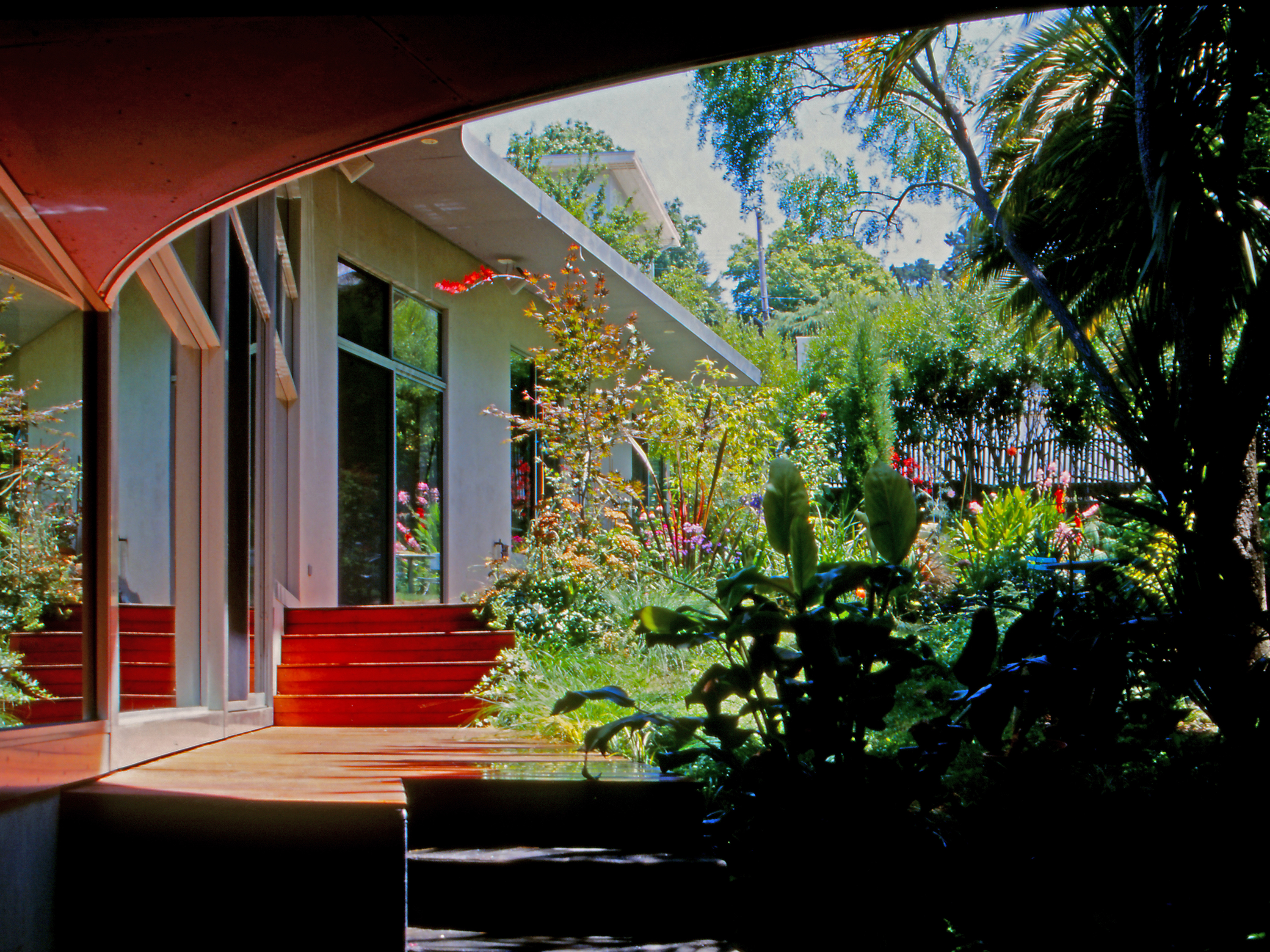 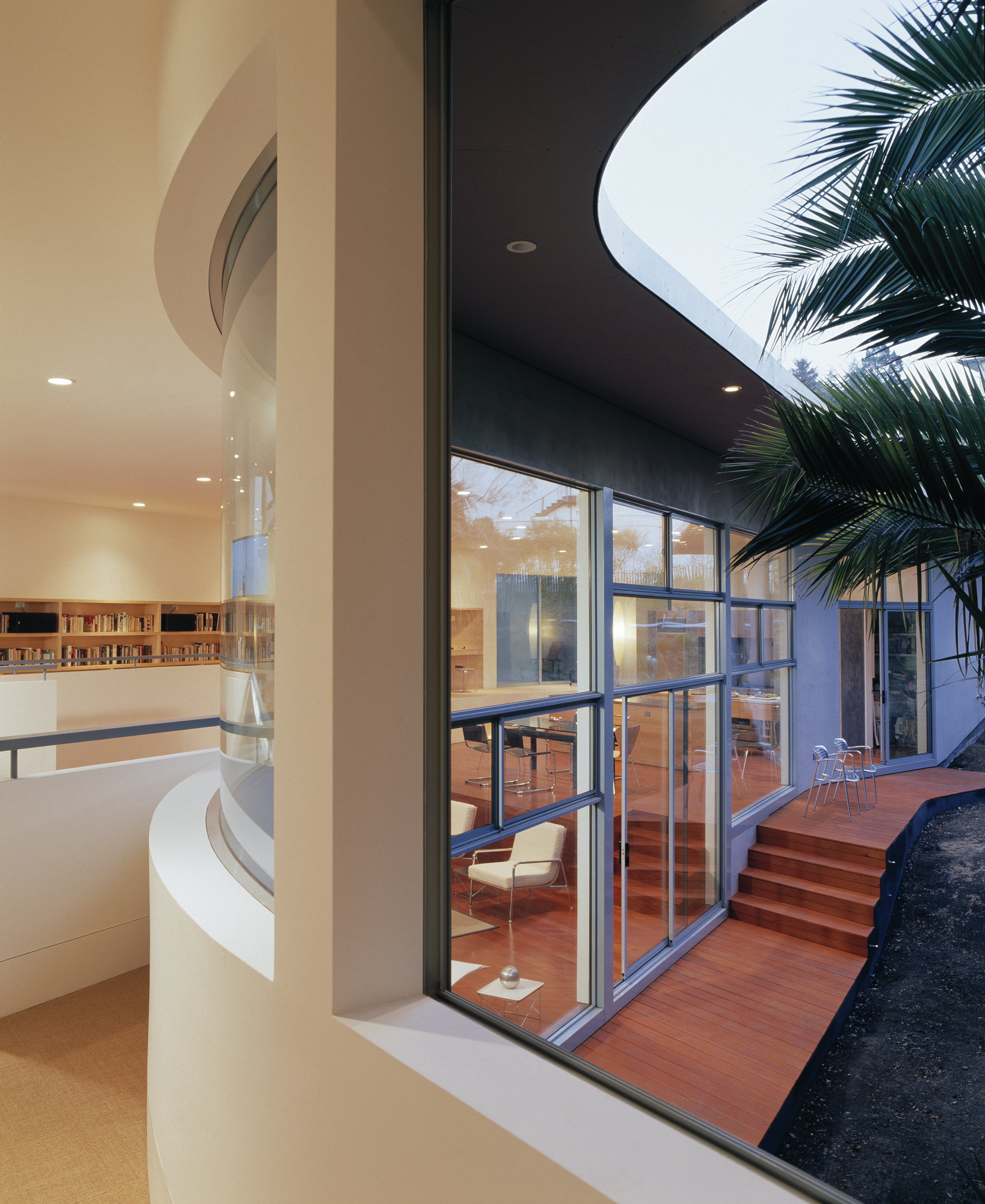 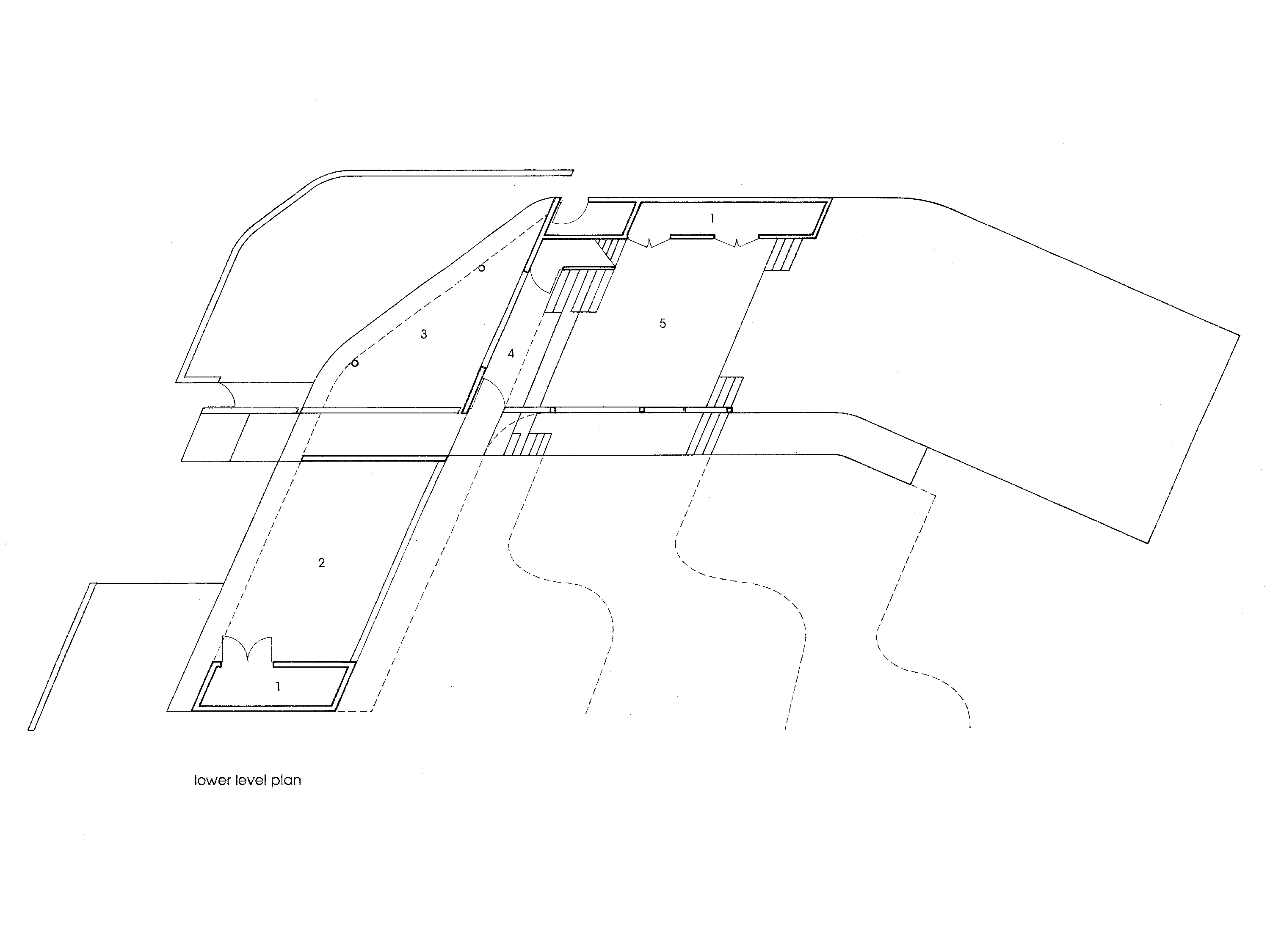 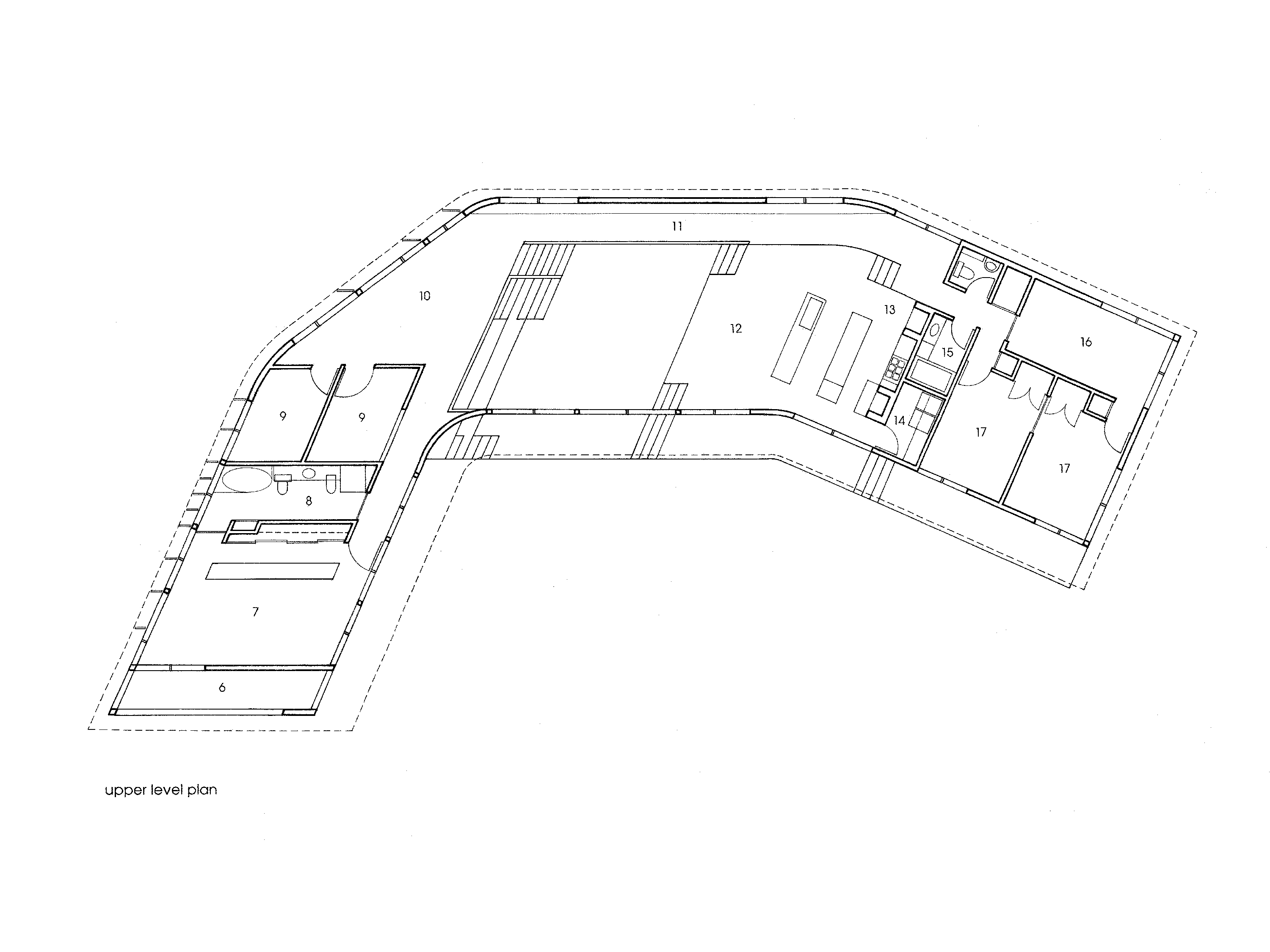 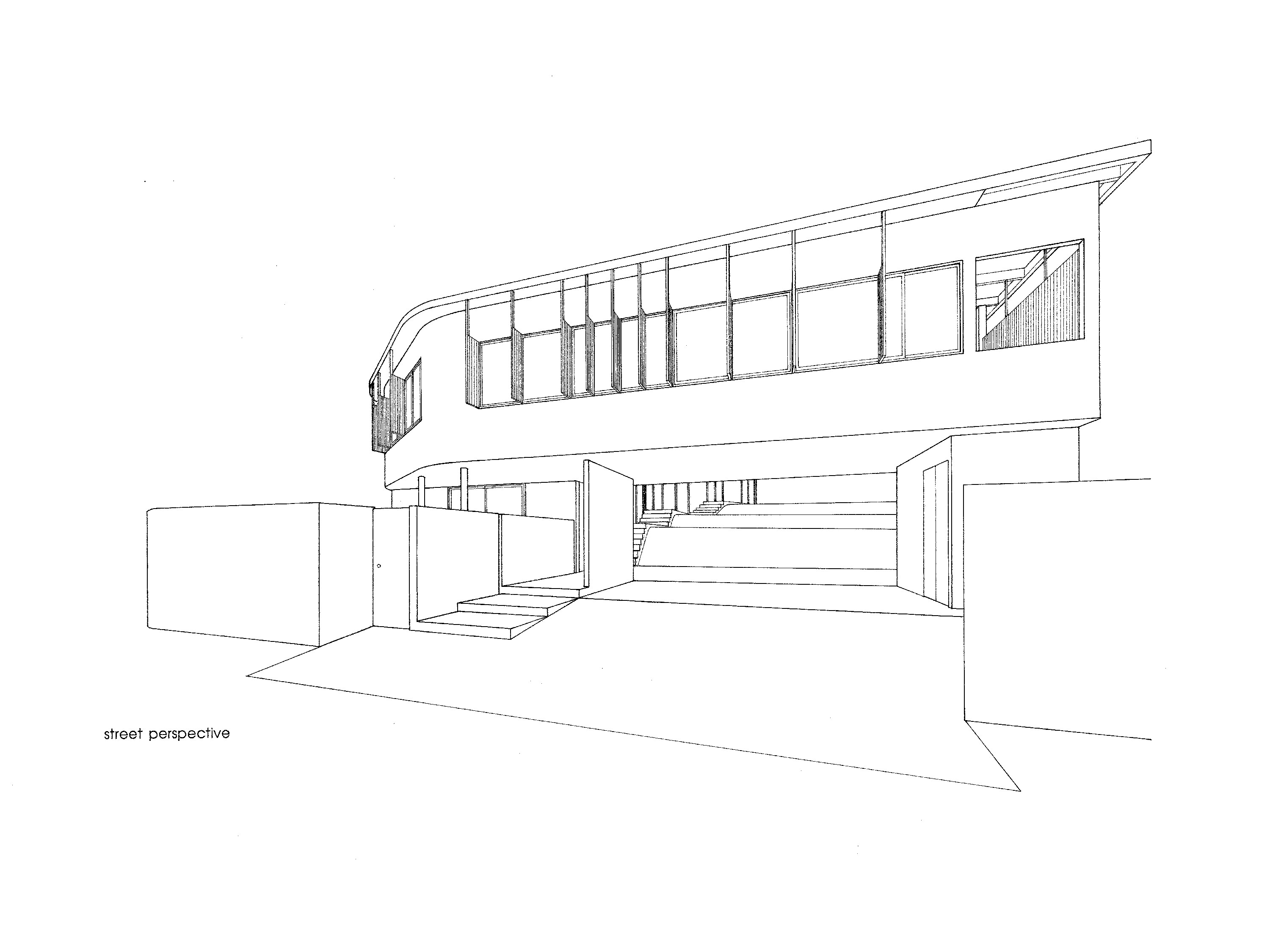 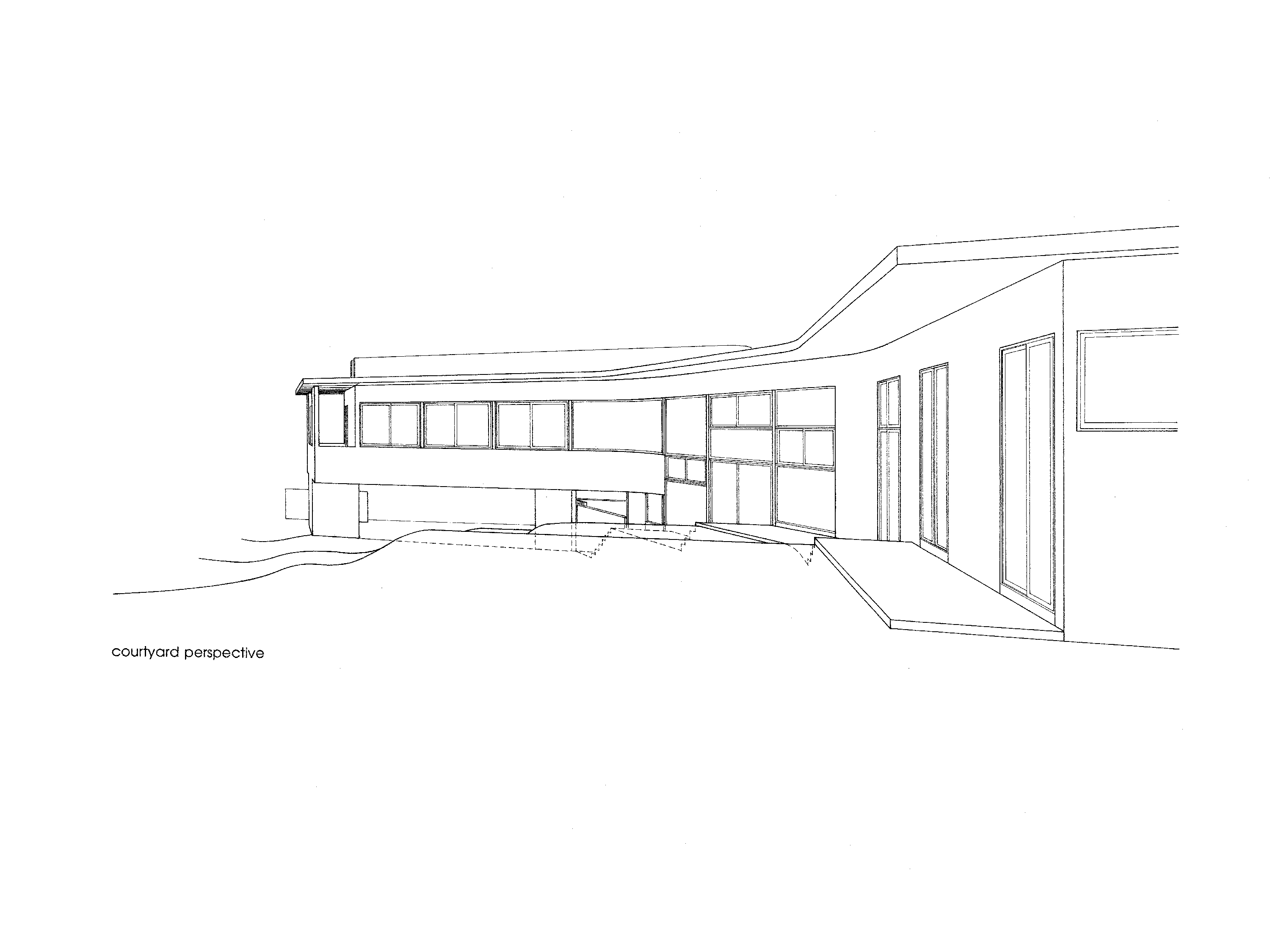 The site is a fan shaped vacant lot, once the garden of an adjoining house, in the foothills, on Oxford Street, where the grid begins to curve to accommodate the hill topography. A row of mature palm trees follow the slope up from the street. Across the street is a school. The houses of the neighborhood represent the variety of architectural styles of Berkeley - brown shingle, stucco bungalows, and others.

The prototype is a courtyard house, made specific by the conditions of the site. The form is carved by forces that acknowledge the grandfathered rights of neighboring houses - a view from a bay of one house across the corner, sun exposure of another, open space the other.

The strategy is to place the house on the northern edge of the site rather than the center, making a south facing garden court, which is terraced with the contours. These terraces become the stepped spaces of the large single room at the center of the house, where living, dining and cooking occur. On the west of this lofty room is the parent's wing raised from the ground, on the east, the children's, linked by a bridge which is the library.

The street front of the house floats, and is a ribbon connecting the existing houses and allowing the garden to flow out. The windows have selective blinders, pointing to views of the bay and away from the school, and providing shading. The house is a series of rooms in a garden - transparent, absent and reflected, turning its inside out, continuing its outside in.