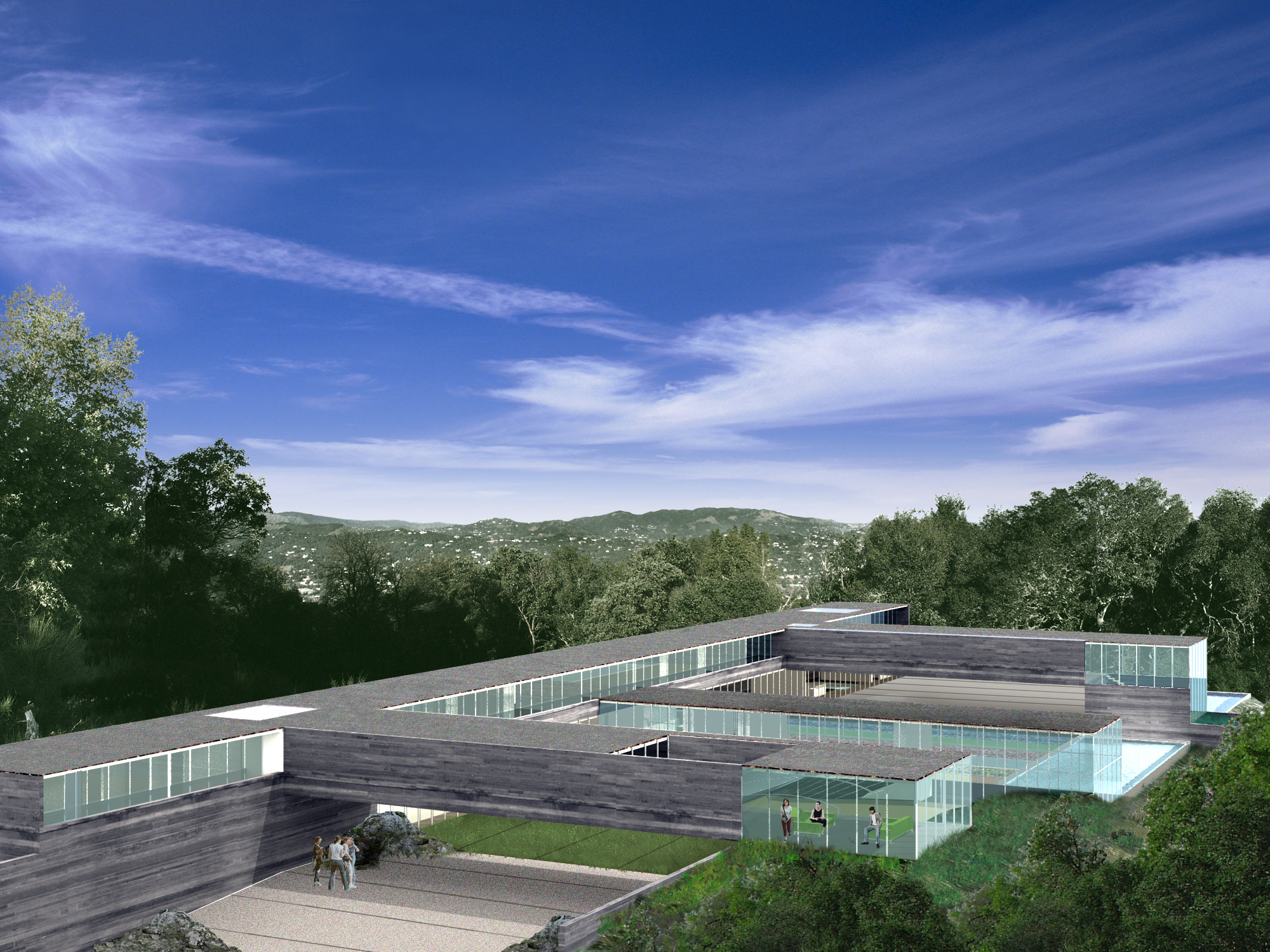 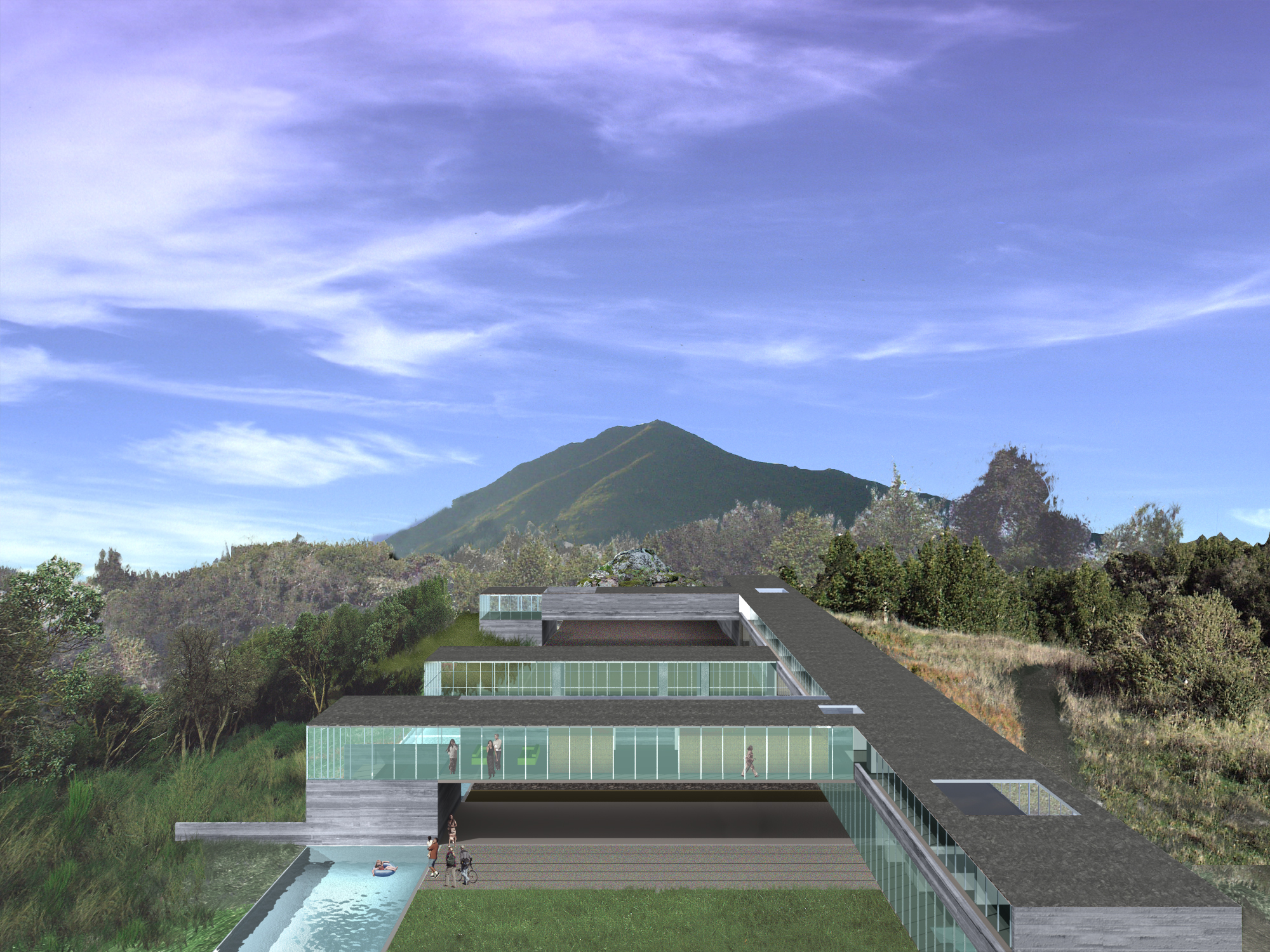 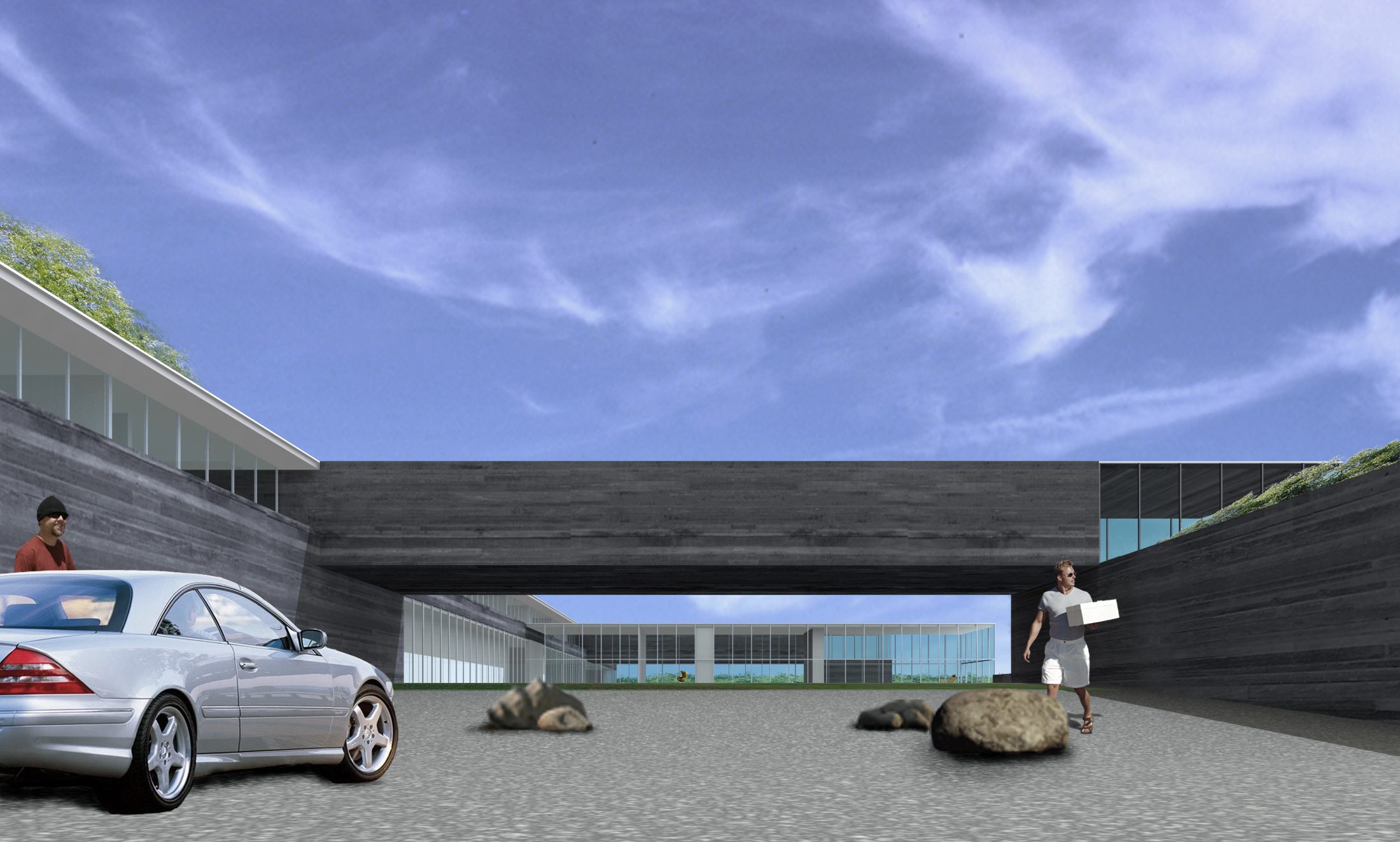 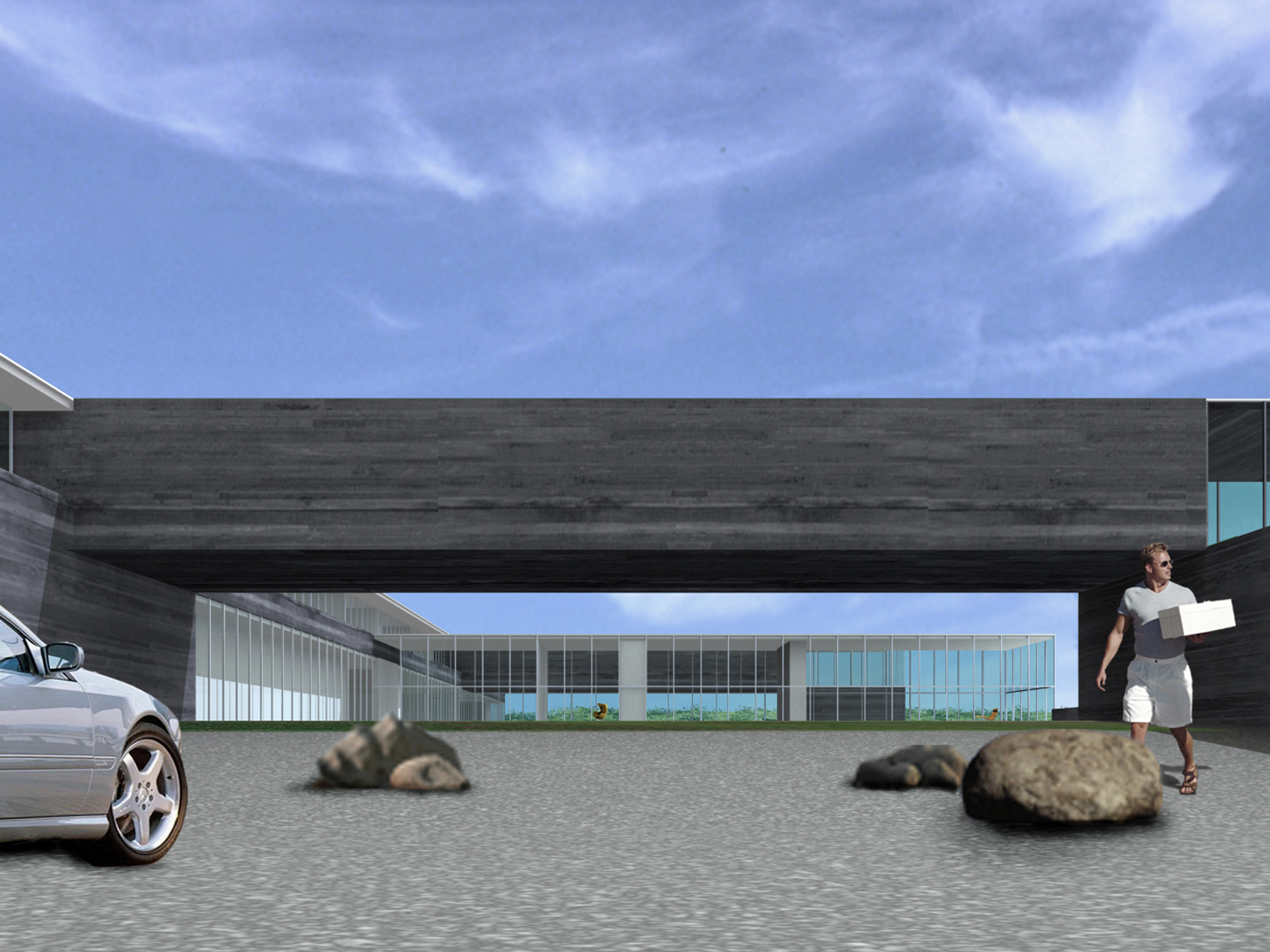 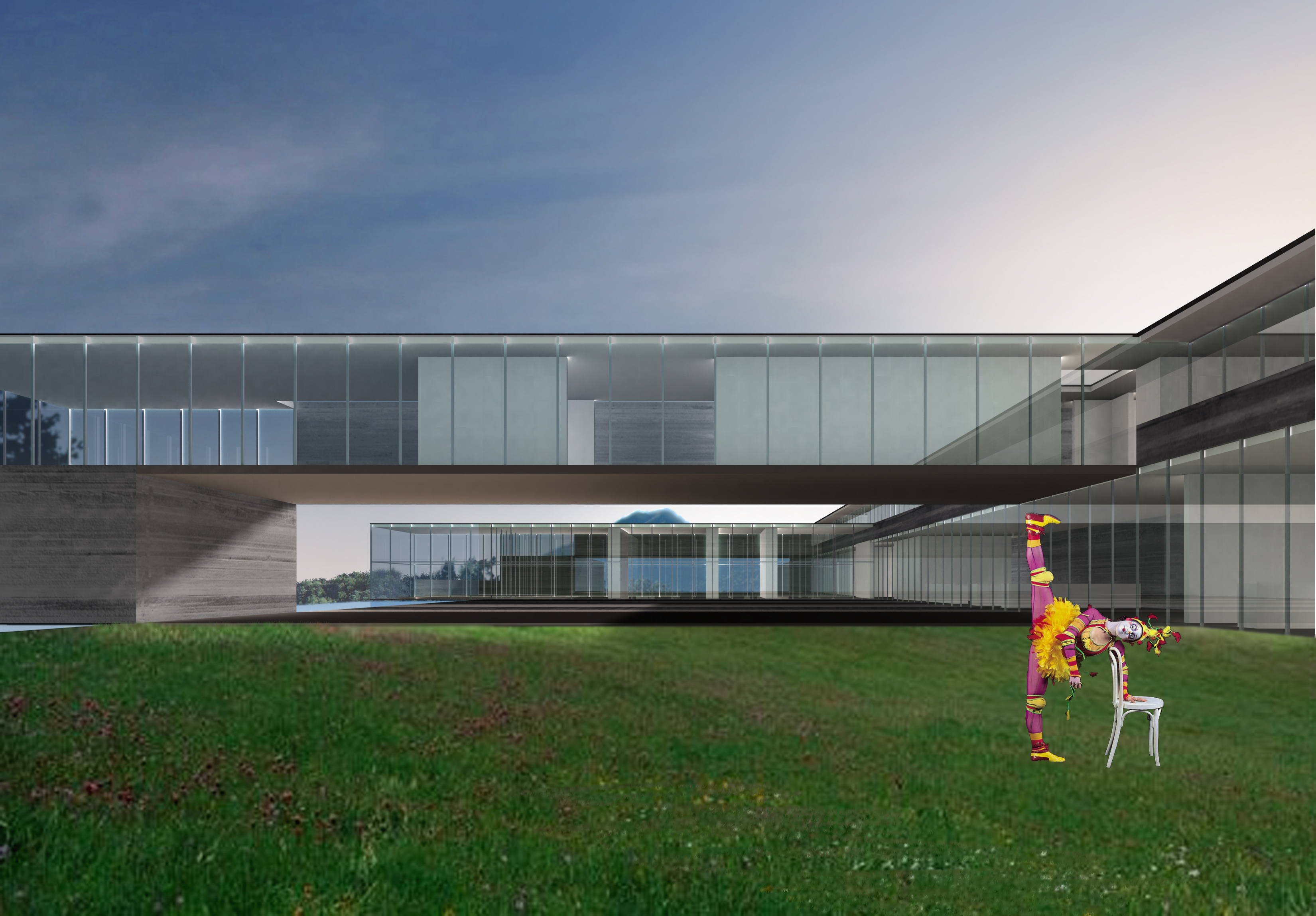 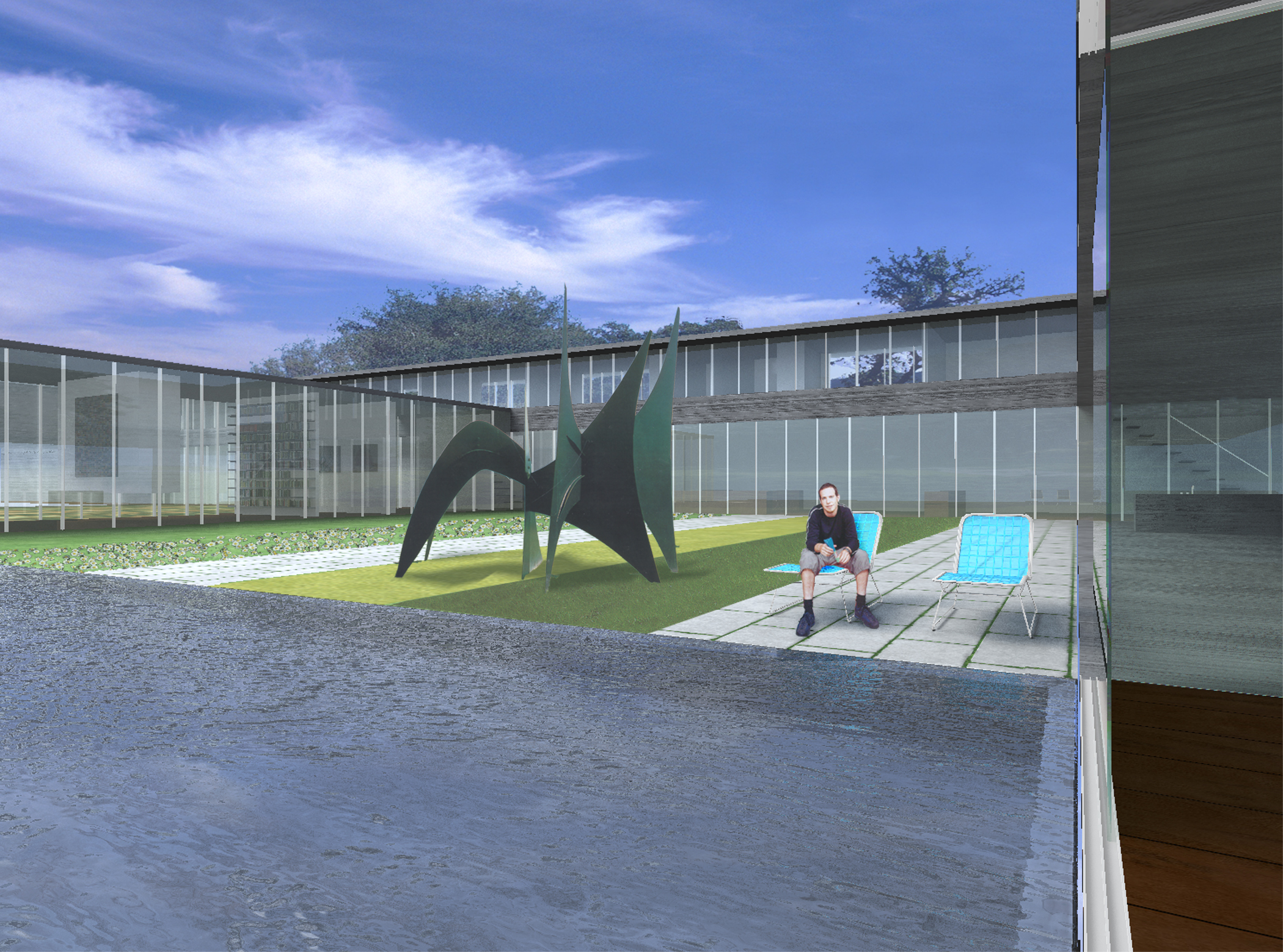 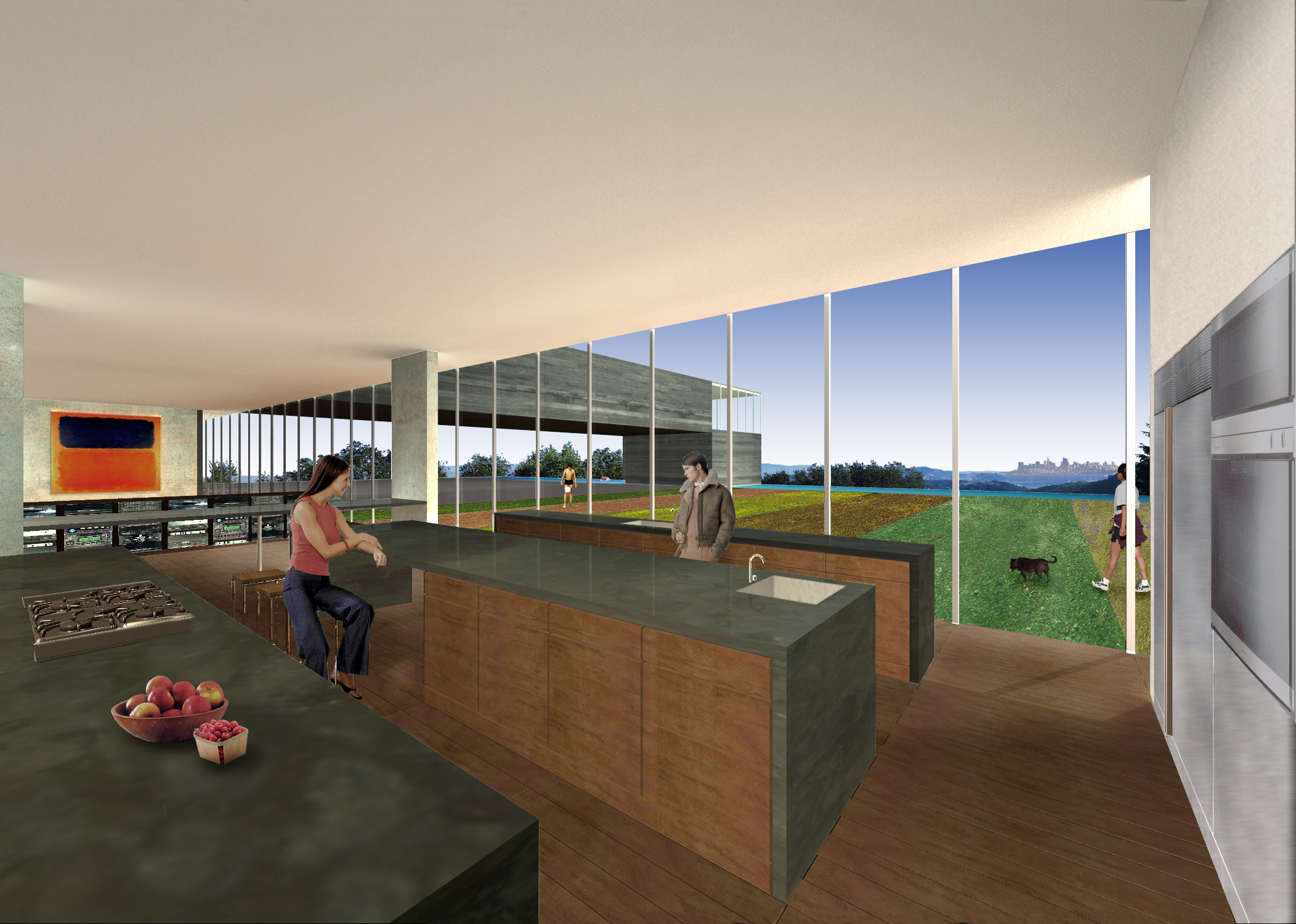 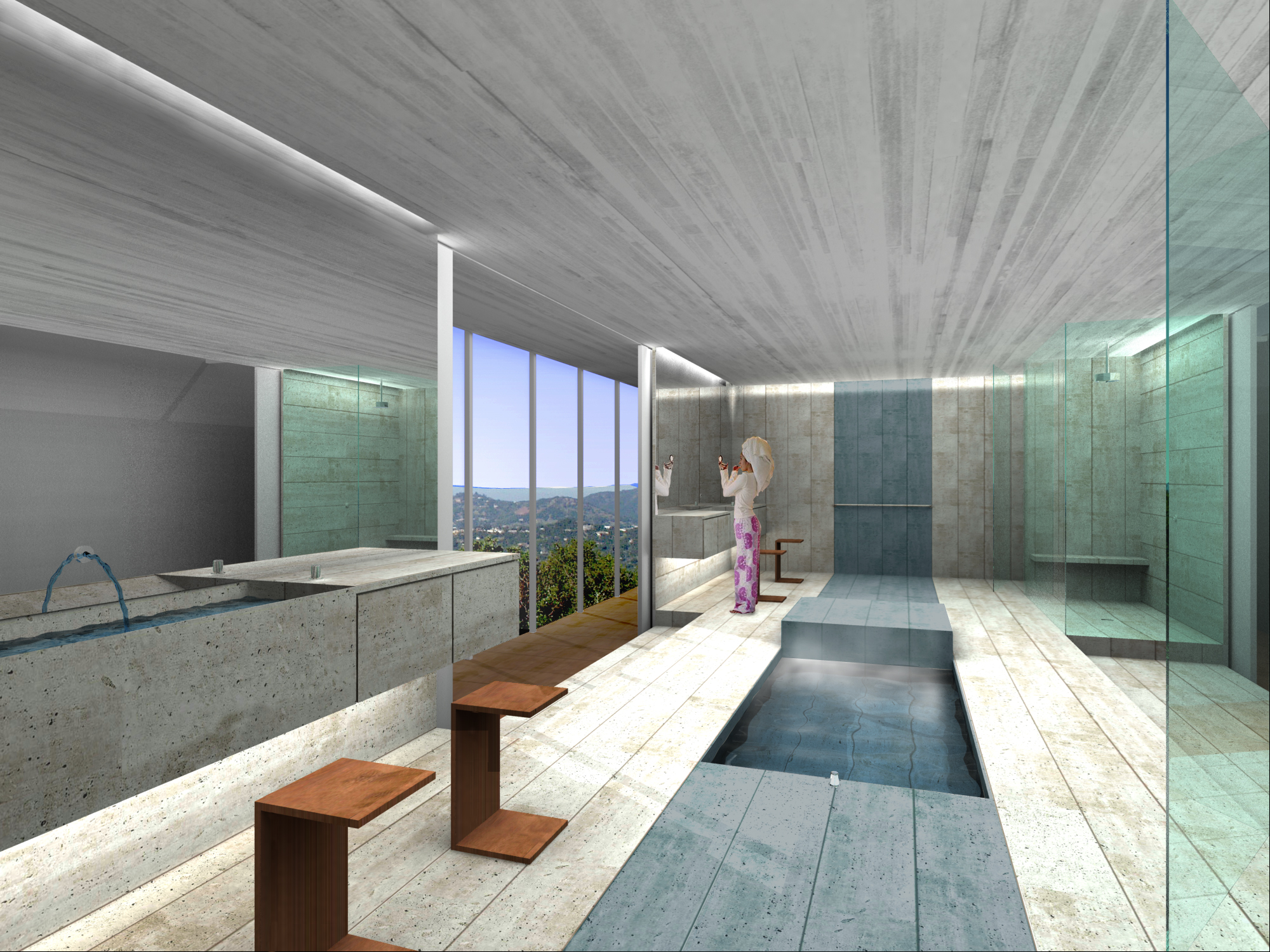 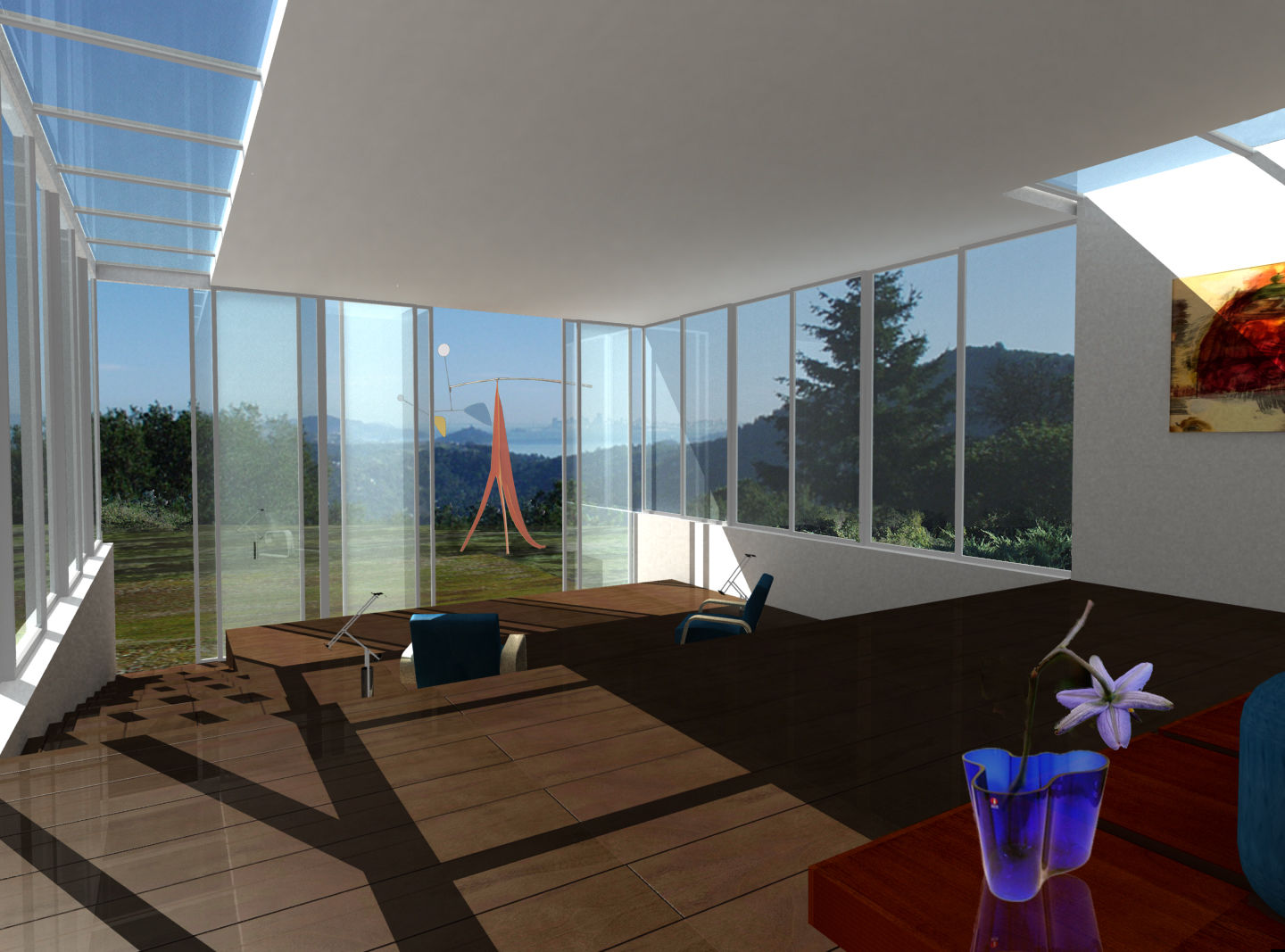 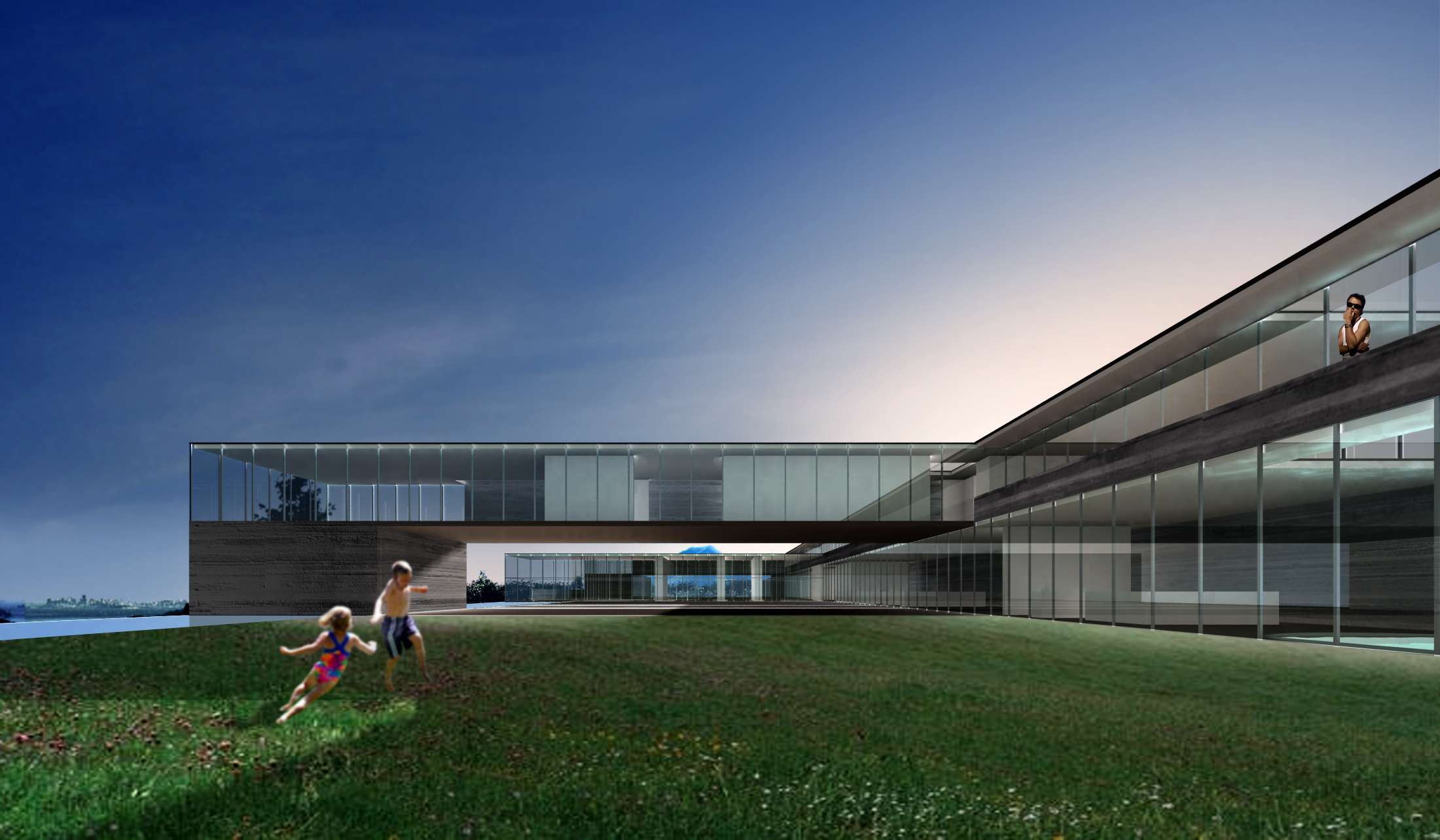 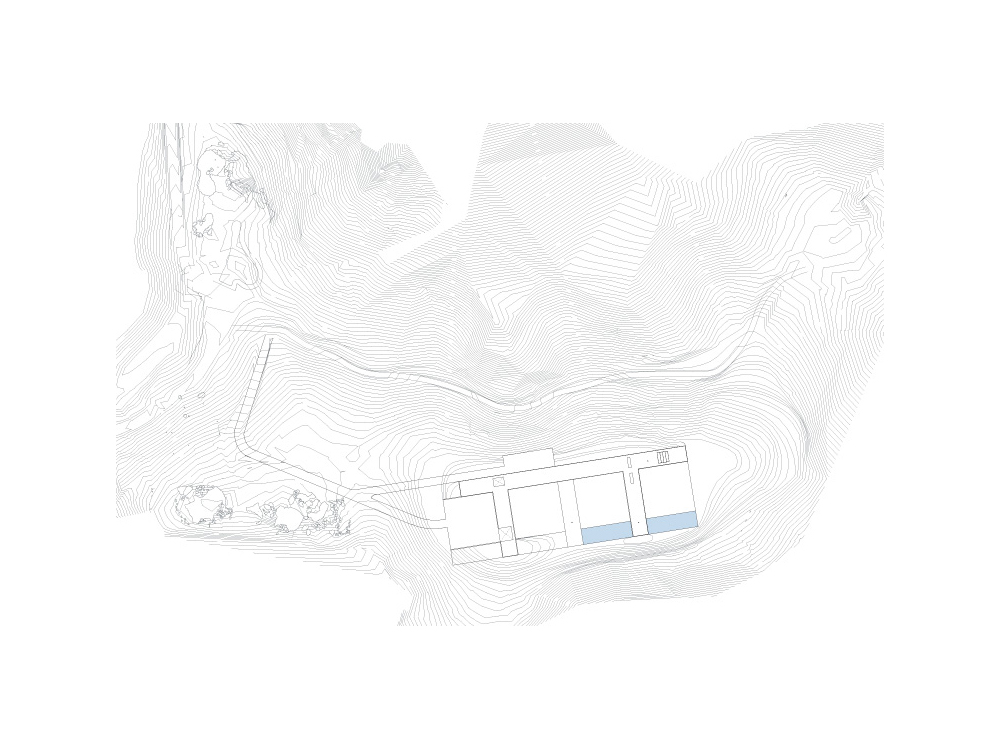 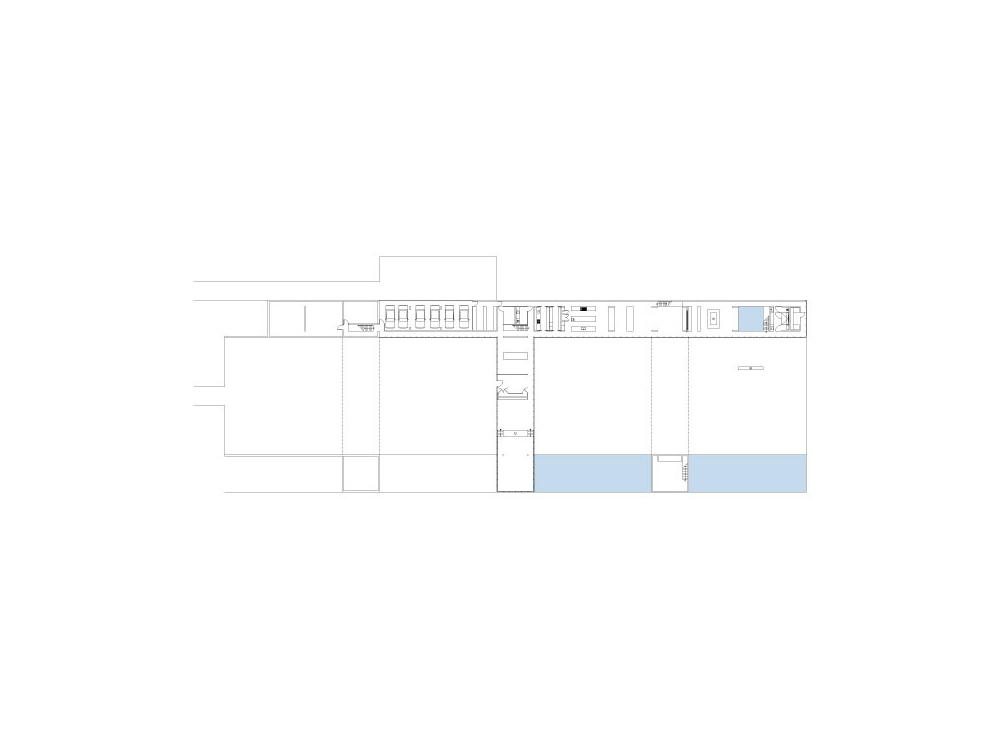 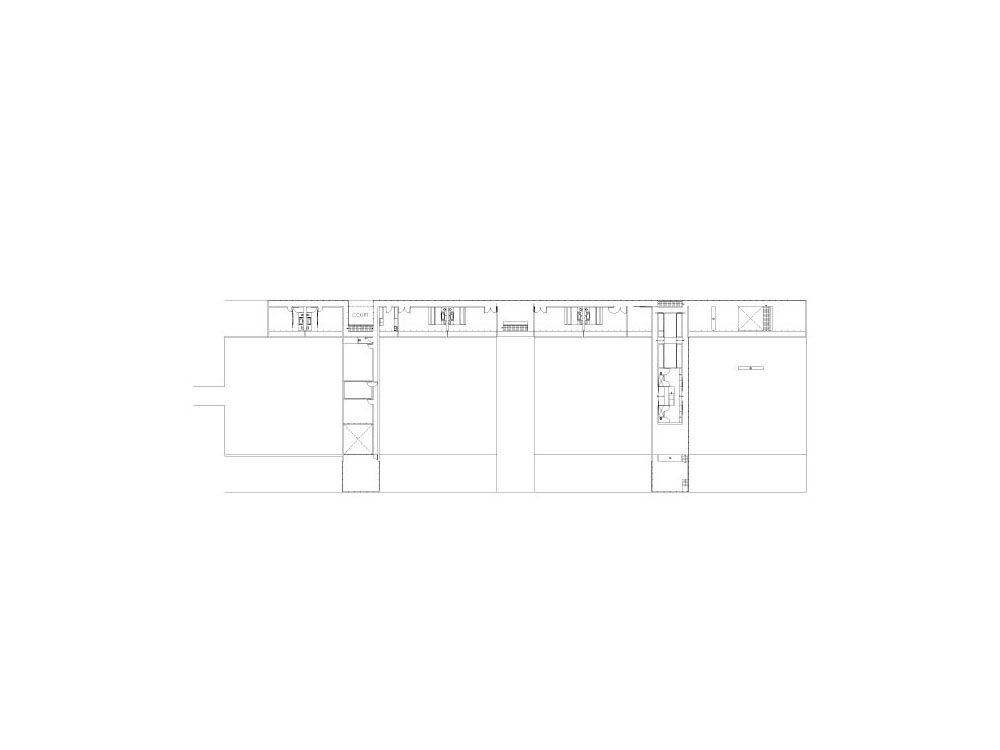 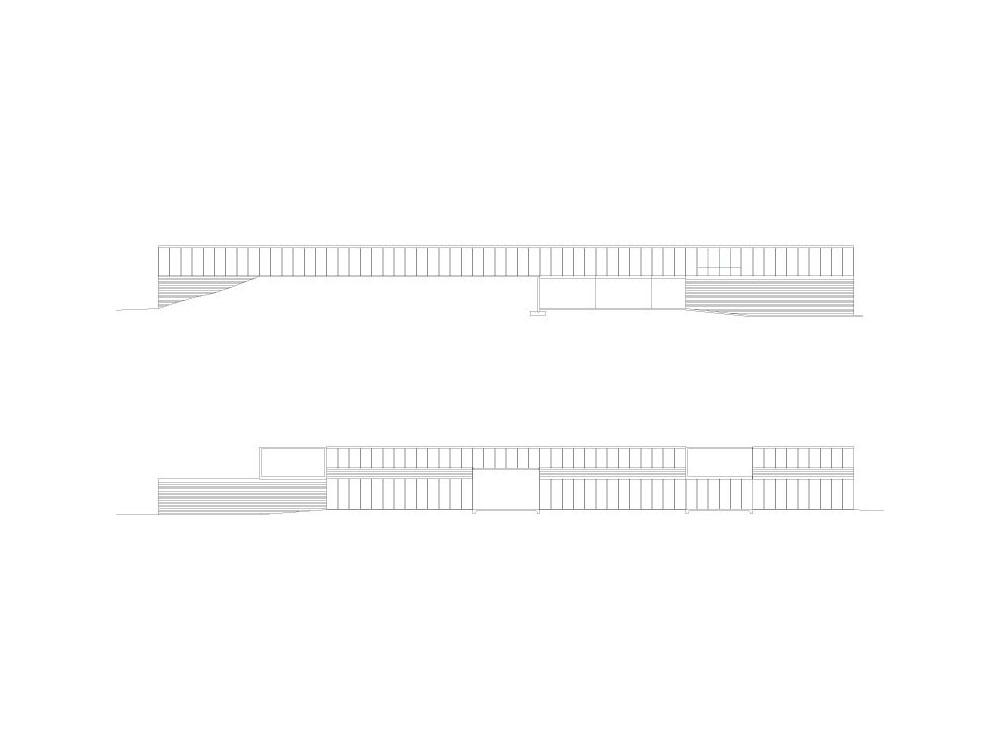 The site is a hundred-acre hilltop known as King Mountain in the shadow of Mount Tamalpais to the west. A sweeping panorama across the bay includes the skyline of San Francisco to the southeast. A cleft cut through the hilltop aligns with Mount Tamalpais; it runs from west to east, from mountain to water. In this space, a series of bars is laid into the hill. On the north, a continuous two-story piece runs the length of the cut. Three shorter transverse bars extend to the south, defining four courts. The approach road leads to a parking court in the west and the first bar, which spans the cut, forming a bridge. This bridge is a threshold to the entry court, where the second transverse bar sits on the ground. The third bar is again suspended, framing the views. Along the southern edge of the cleft a pool reflects the water of the bay beyond. The long bar contains the kitchen, family room, and children’s and adults’ playrooms below, with children’s and guest bedrooms above. The western bridge contains the music archives, studio, and work room for the rock-star owner; the central bar, the entry and formal living areas; and the eastern bridge, the master suite, which becomes a covered lanai for outdoor life. The house is constructed of board-formed black concrete and glass walls. It acts as an empty frame bringing into focus the landscape as its boundaries. Upon entry, procession through the courts from west to east offers changing views of the bay; upon departure, Mount Tamalpais is seen through a sequence of changing frames. The parking court at the west is a measured flat plane that reflects the mountain.