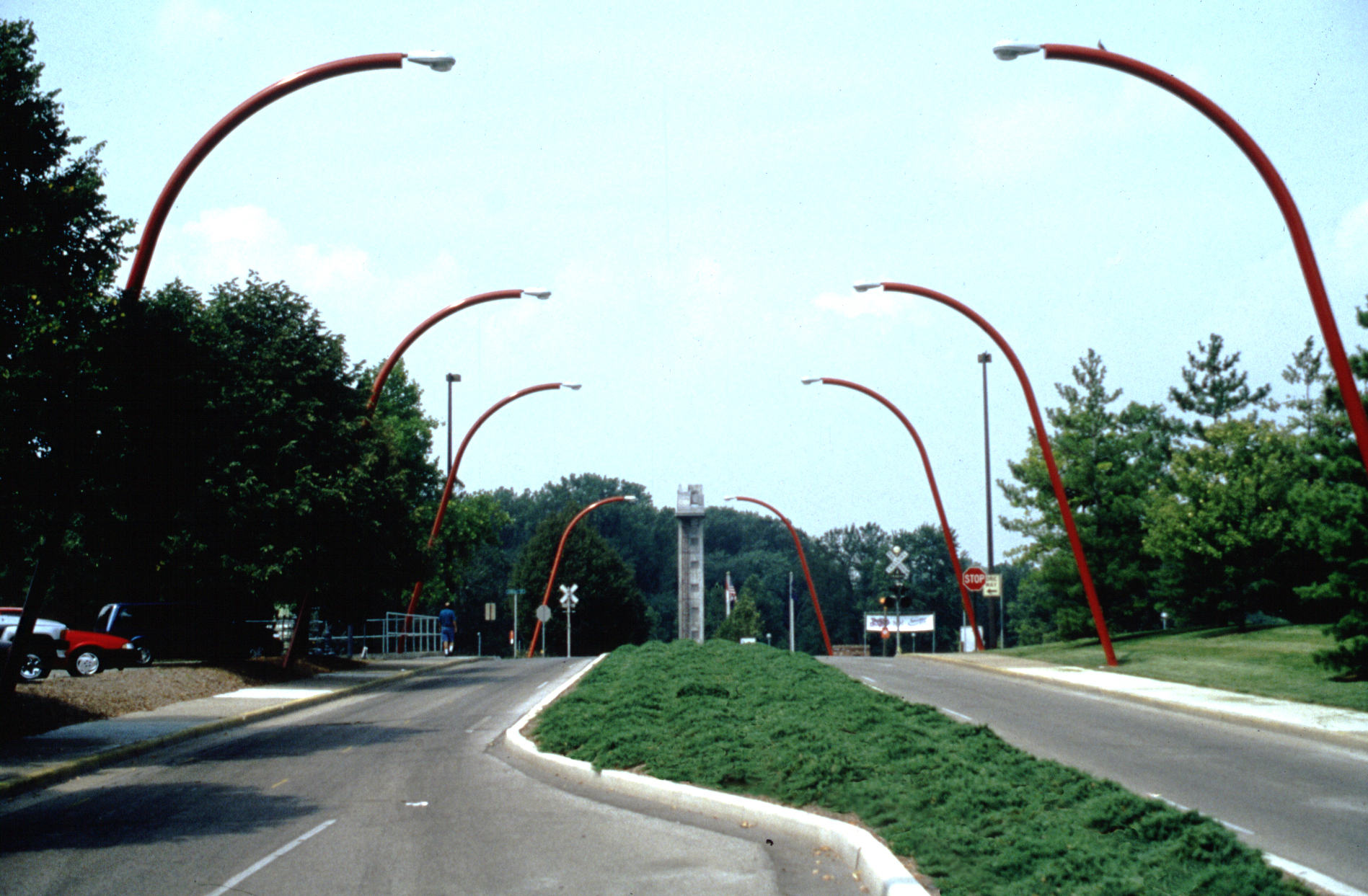 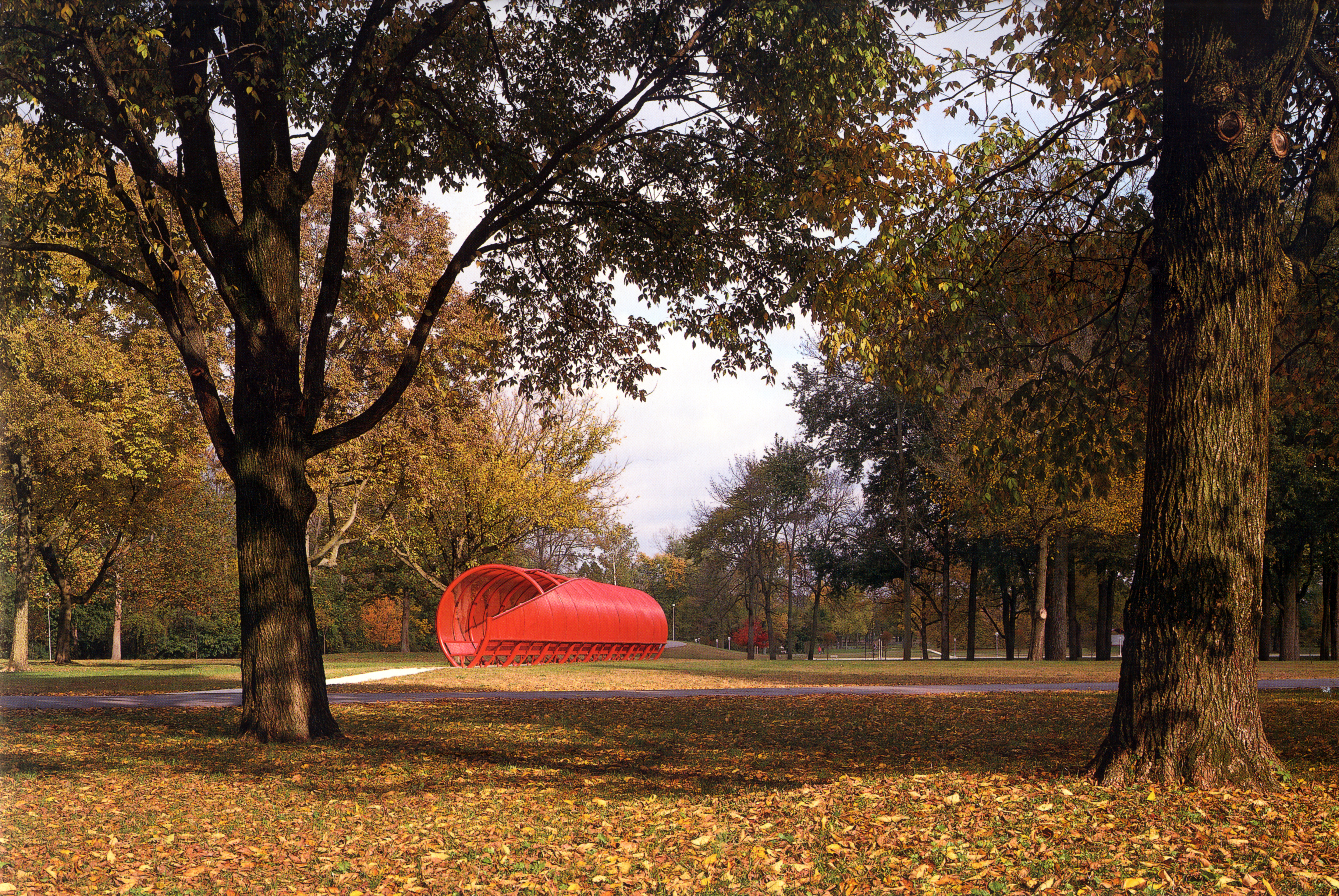 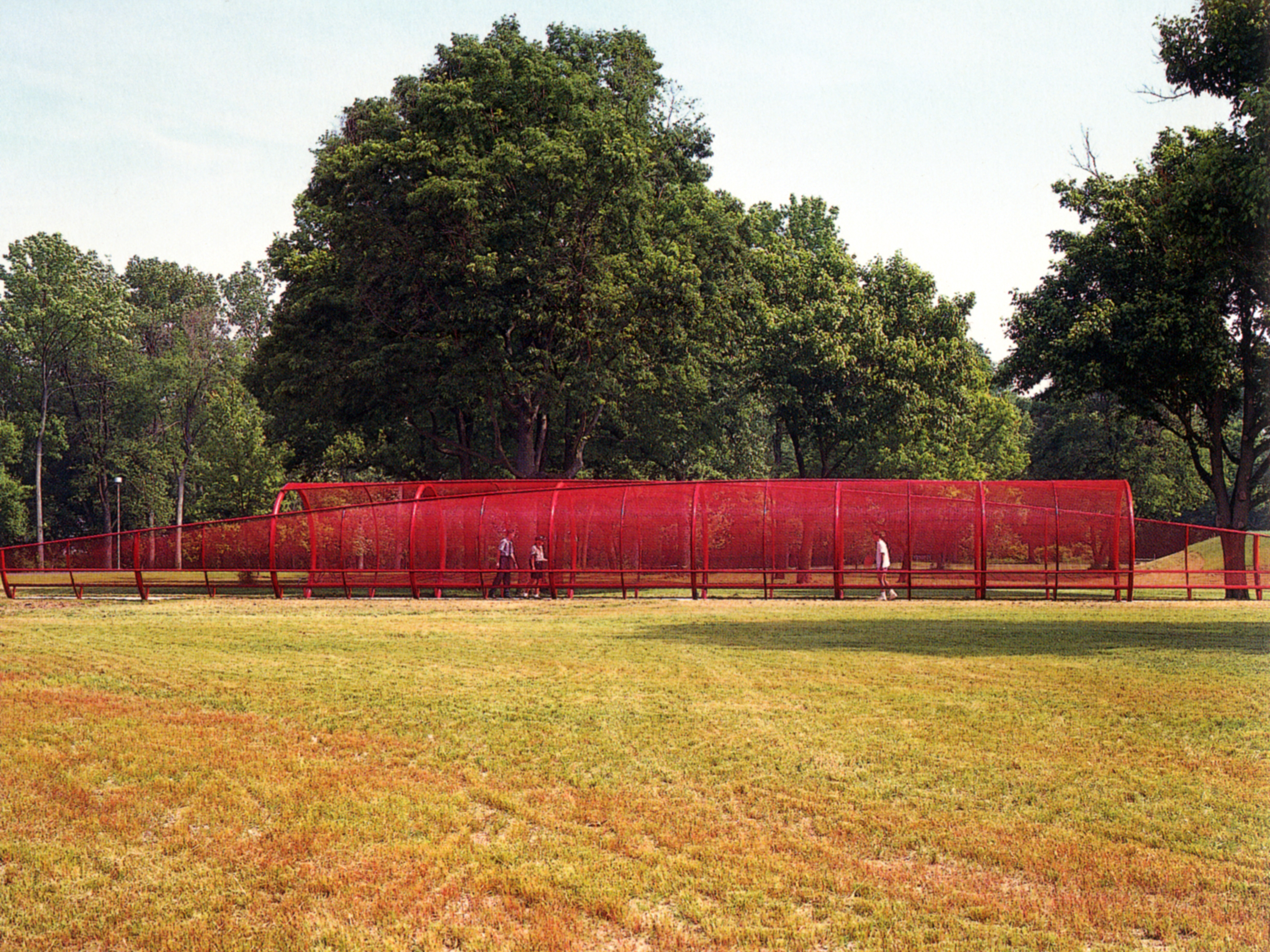 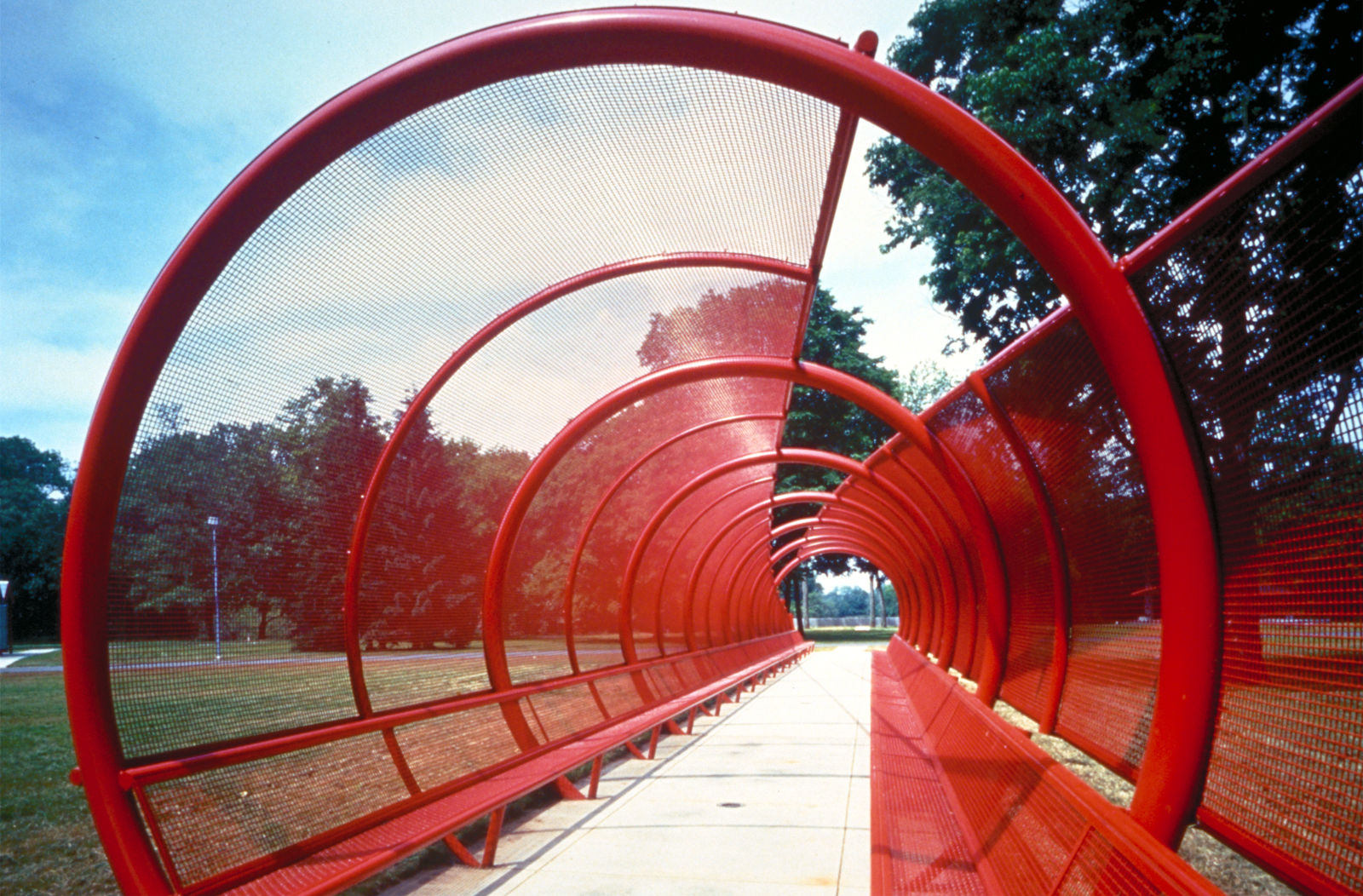 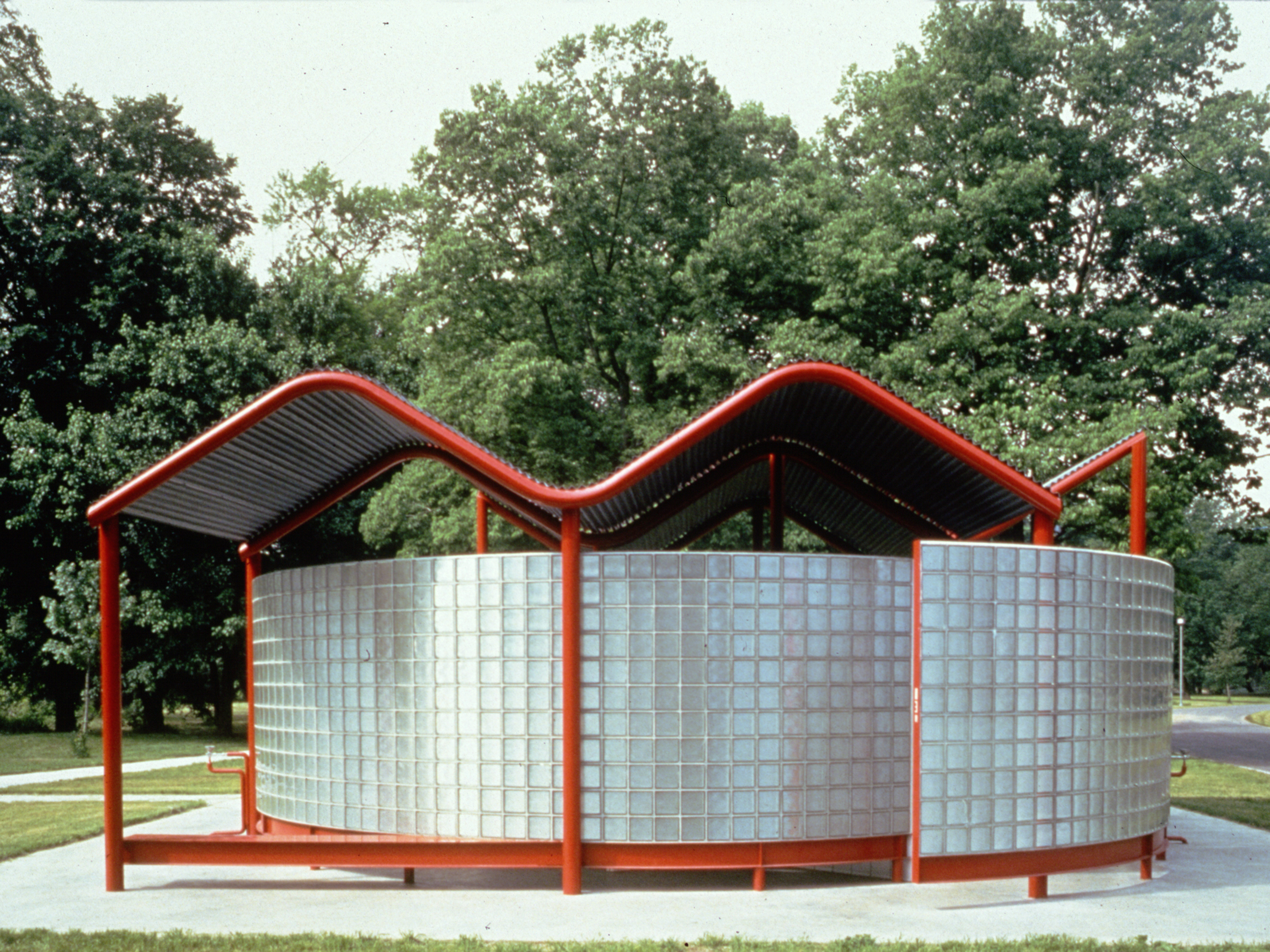 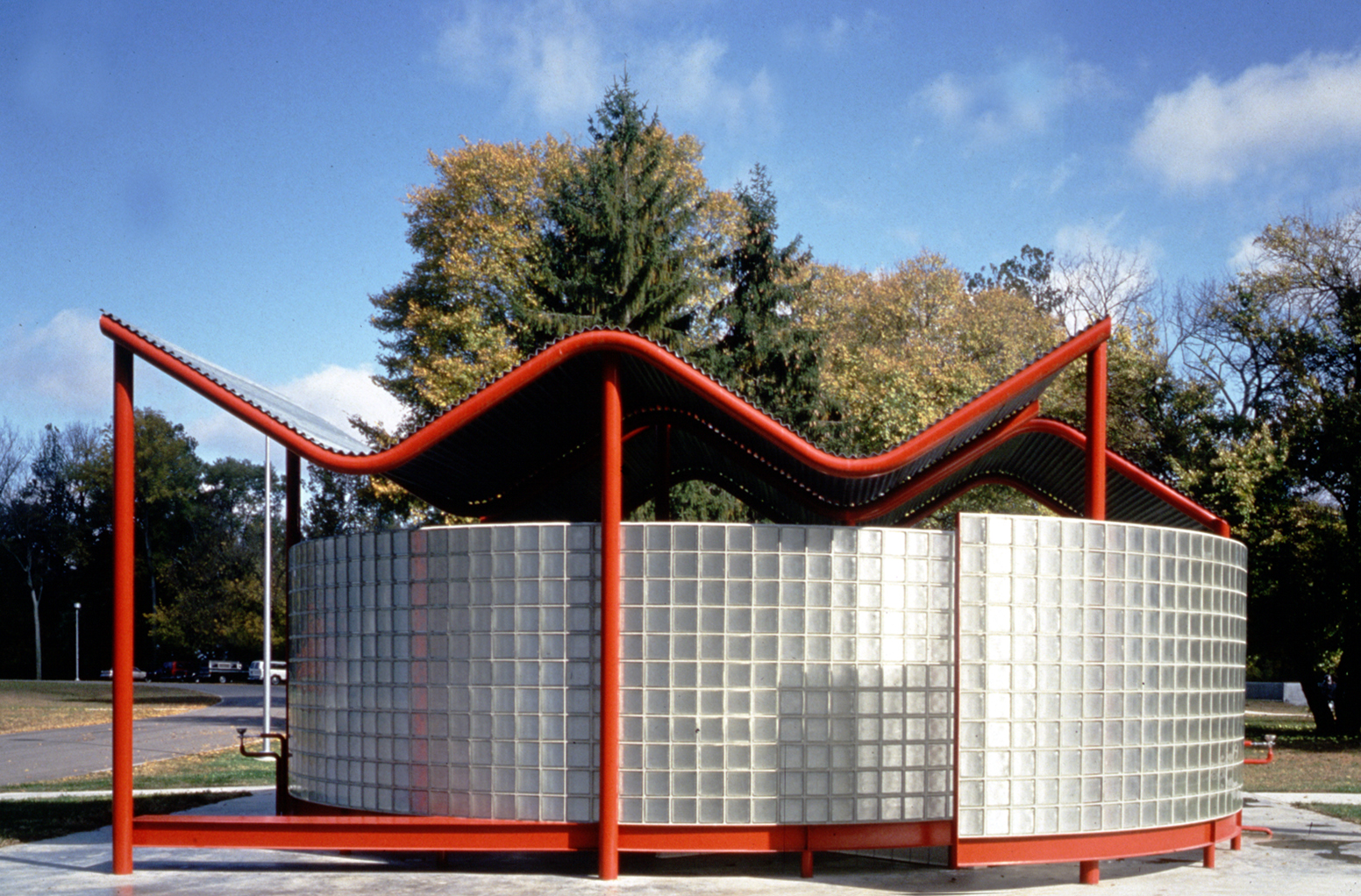 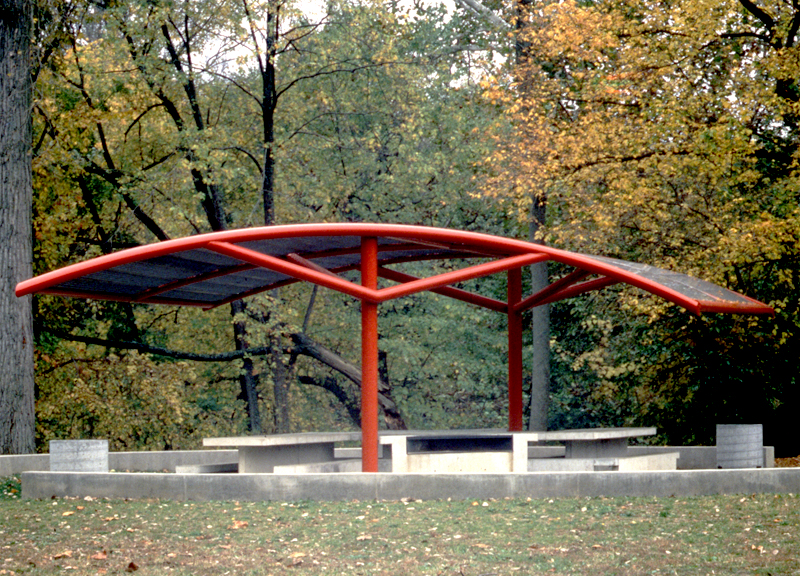 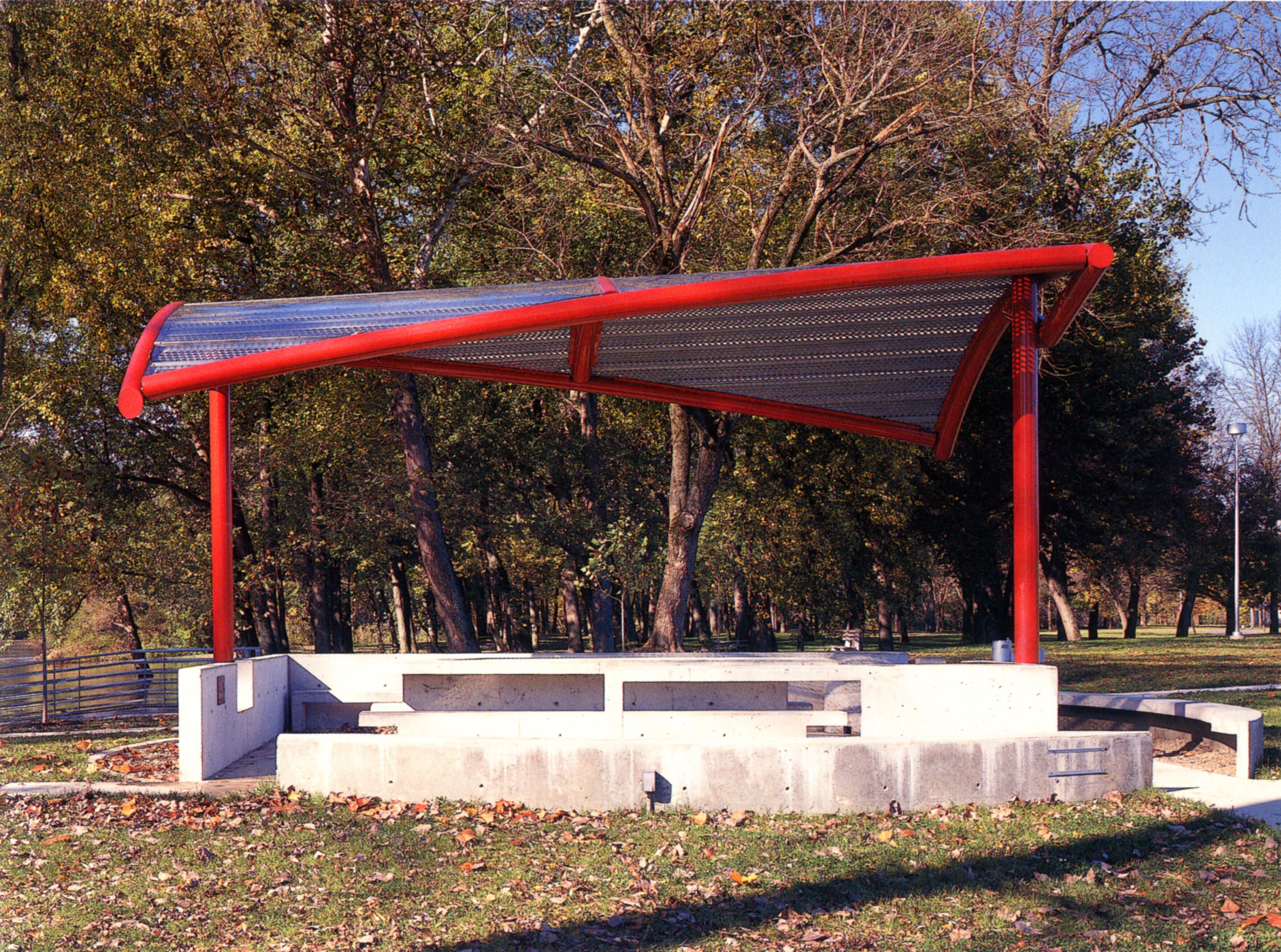 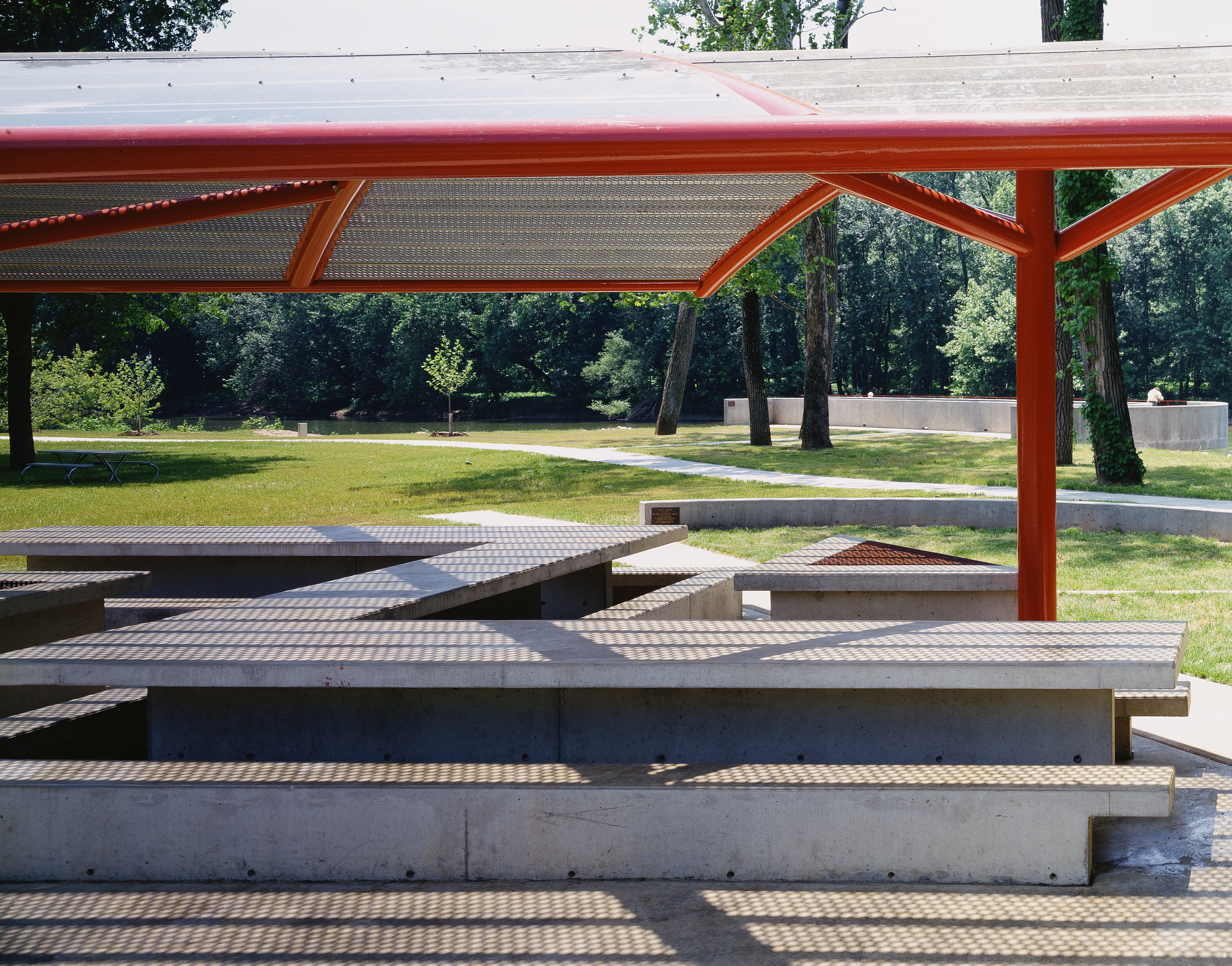 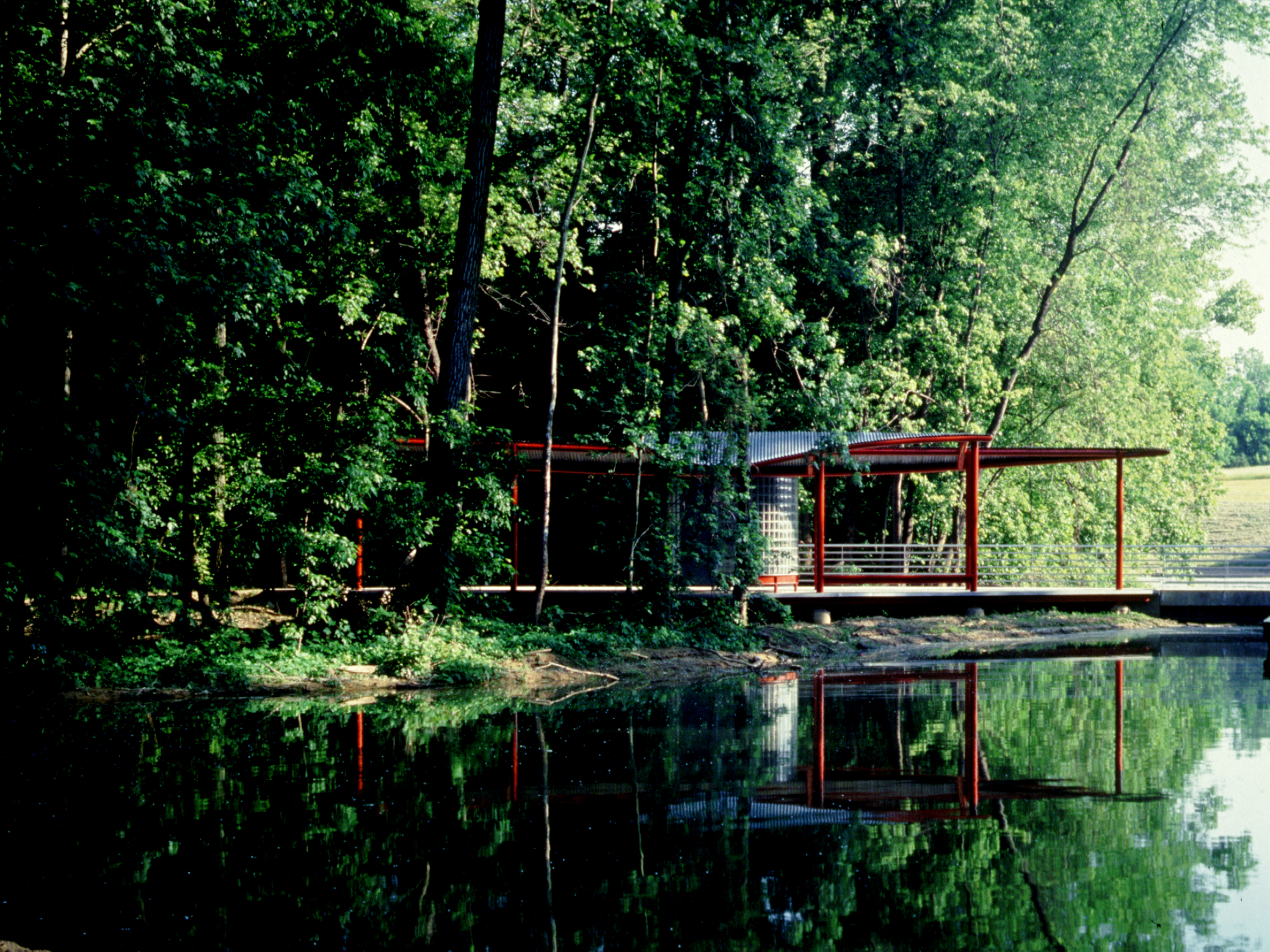 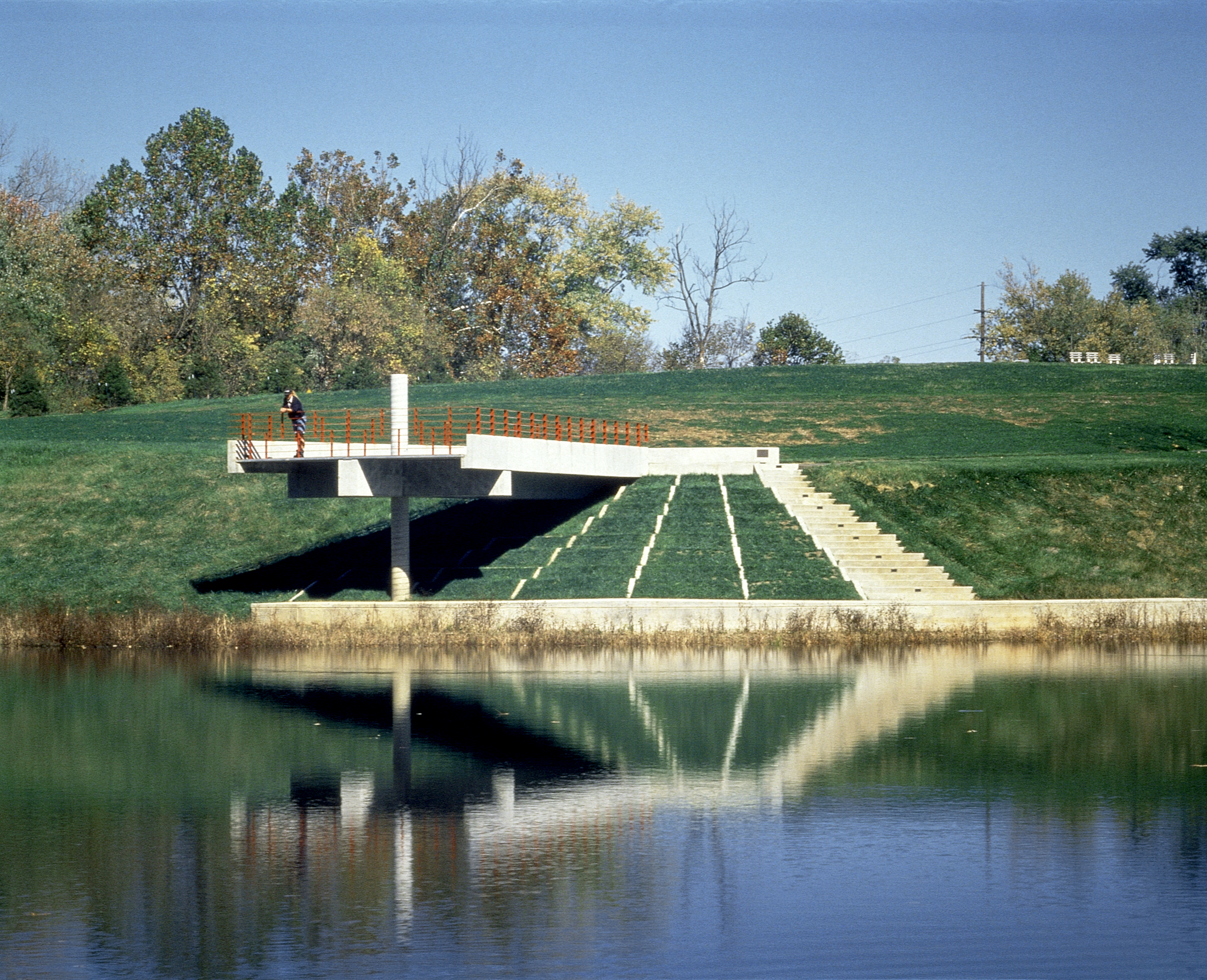 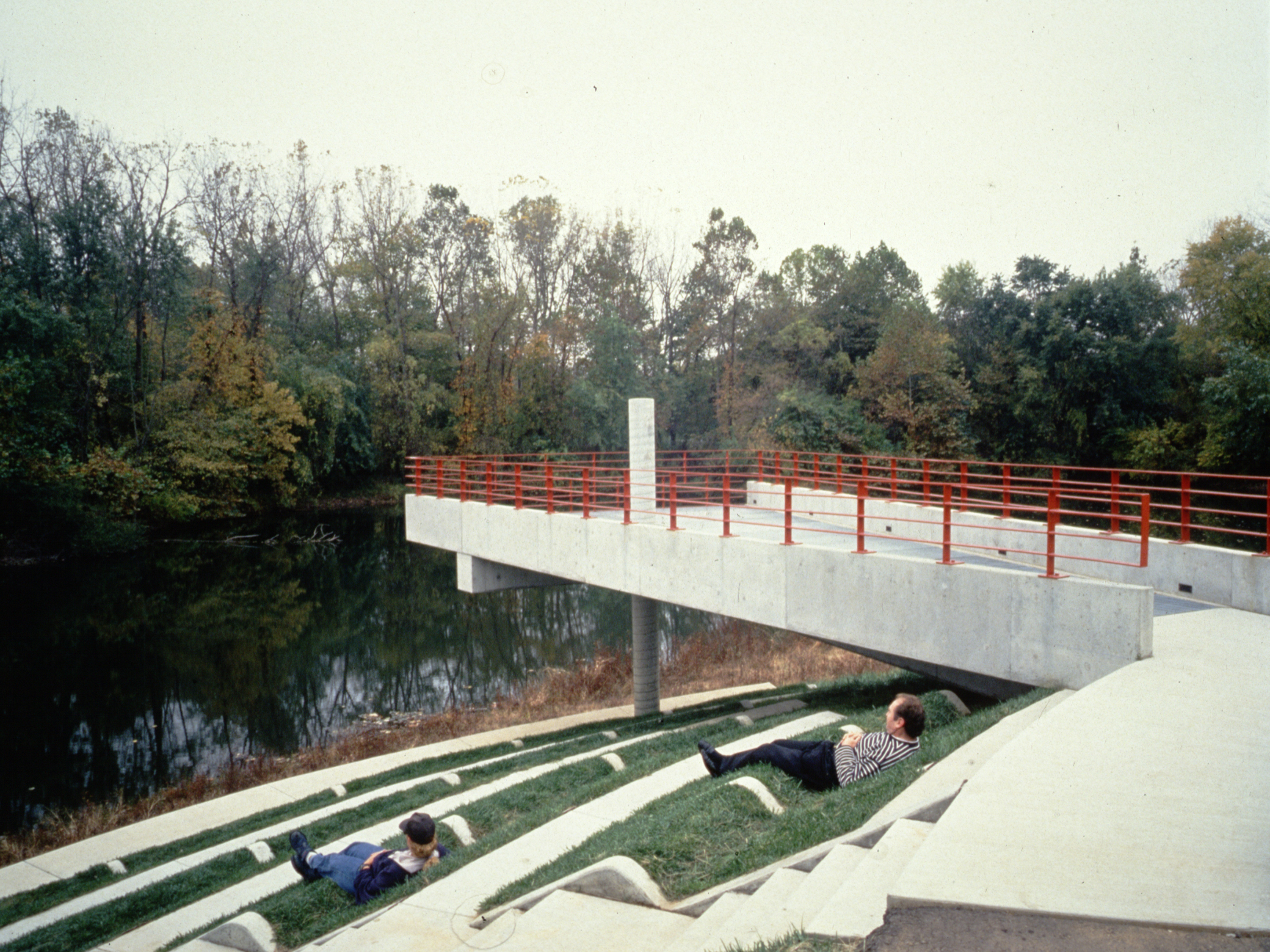 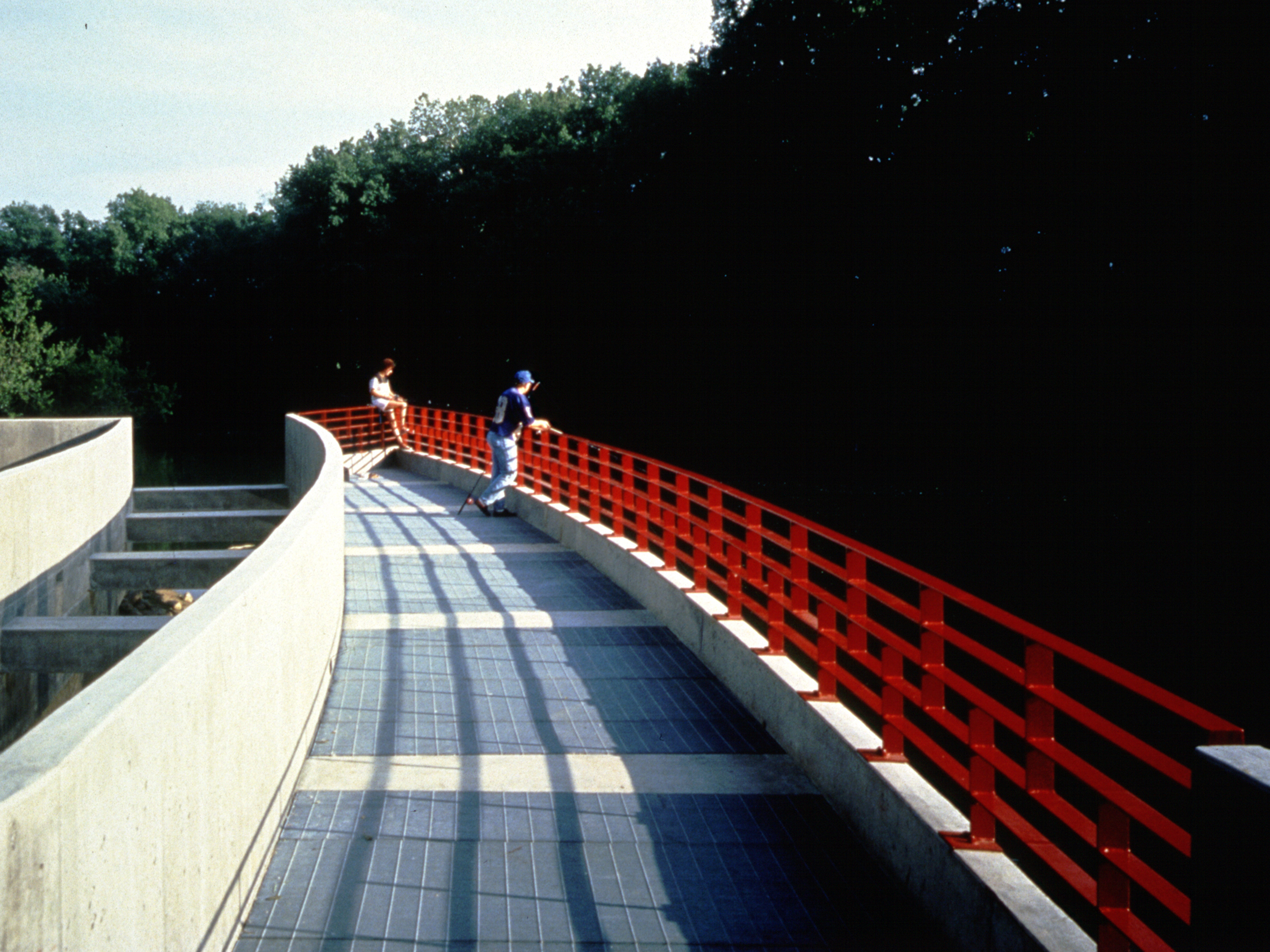 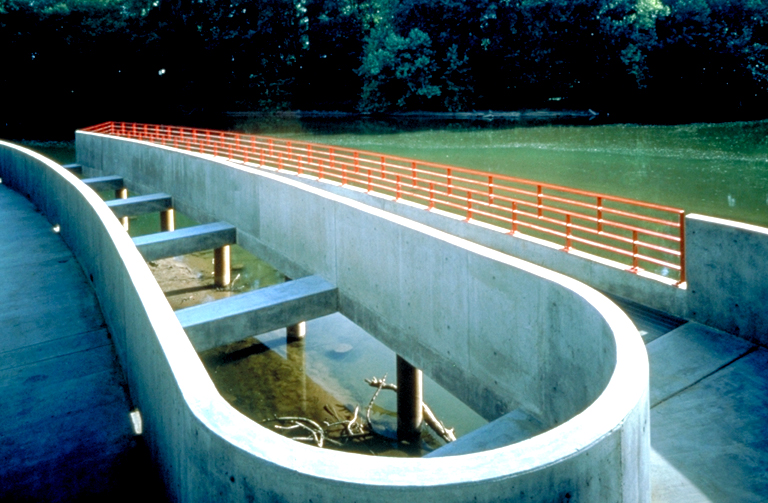 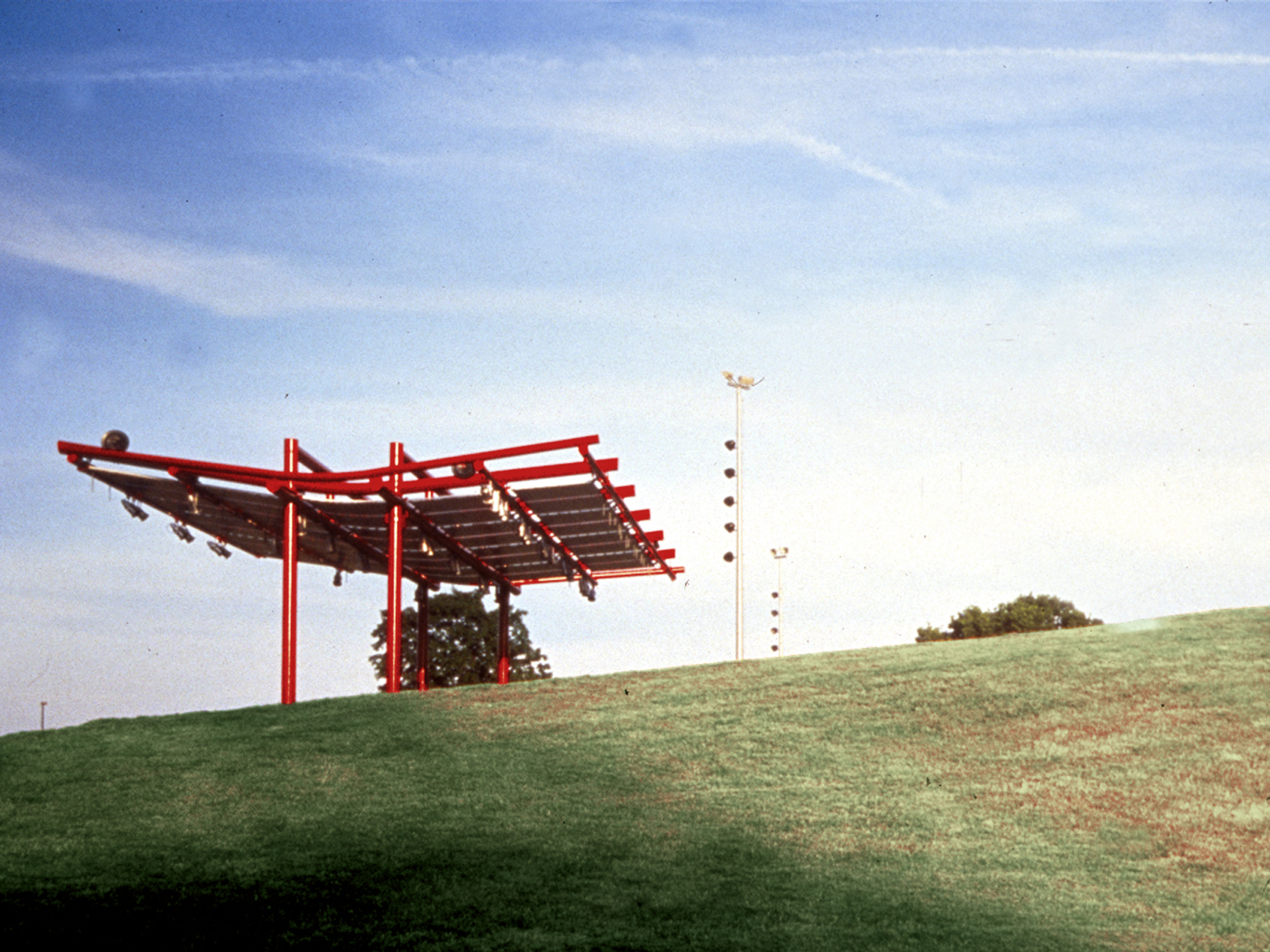 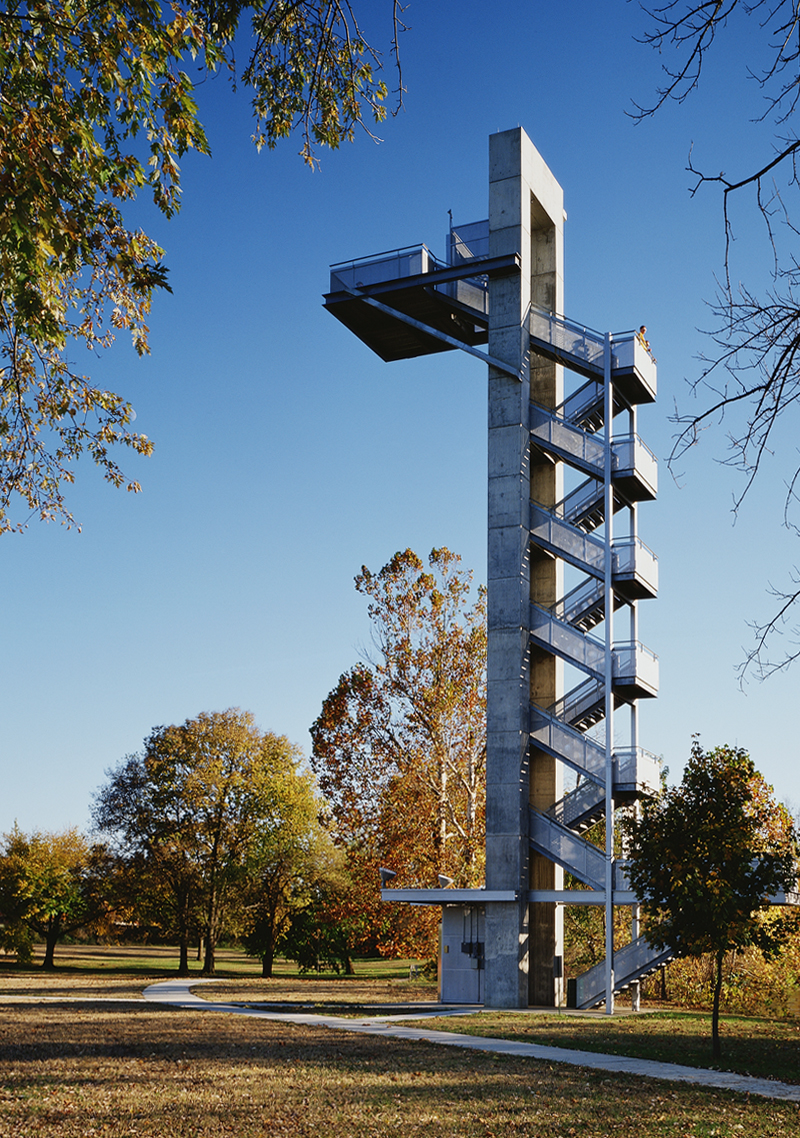 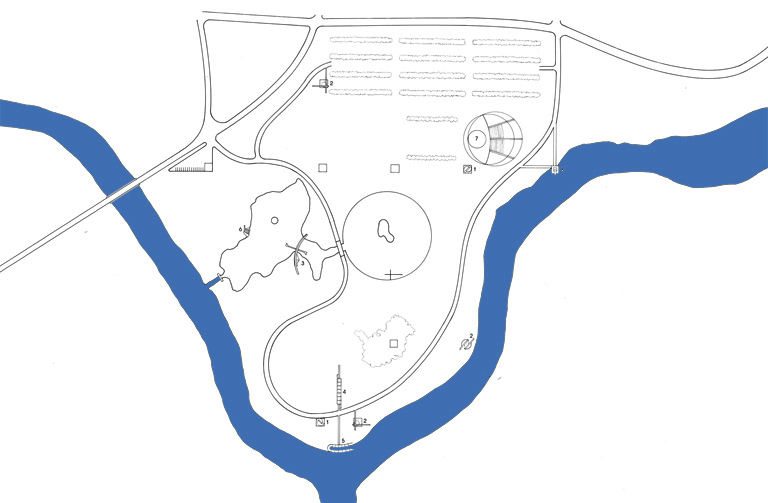 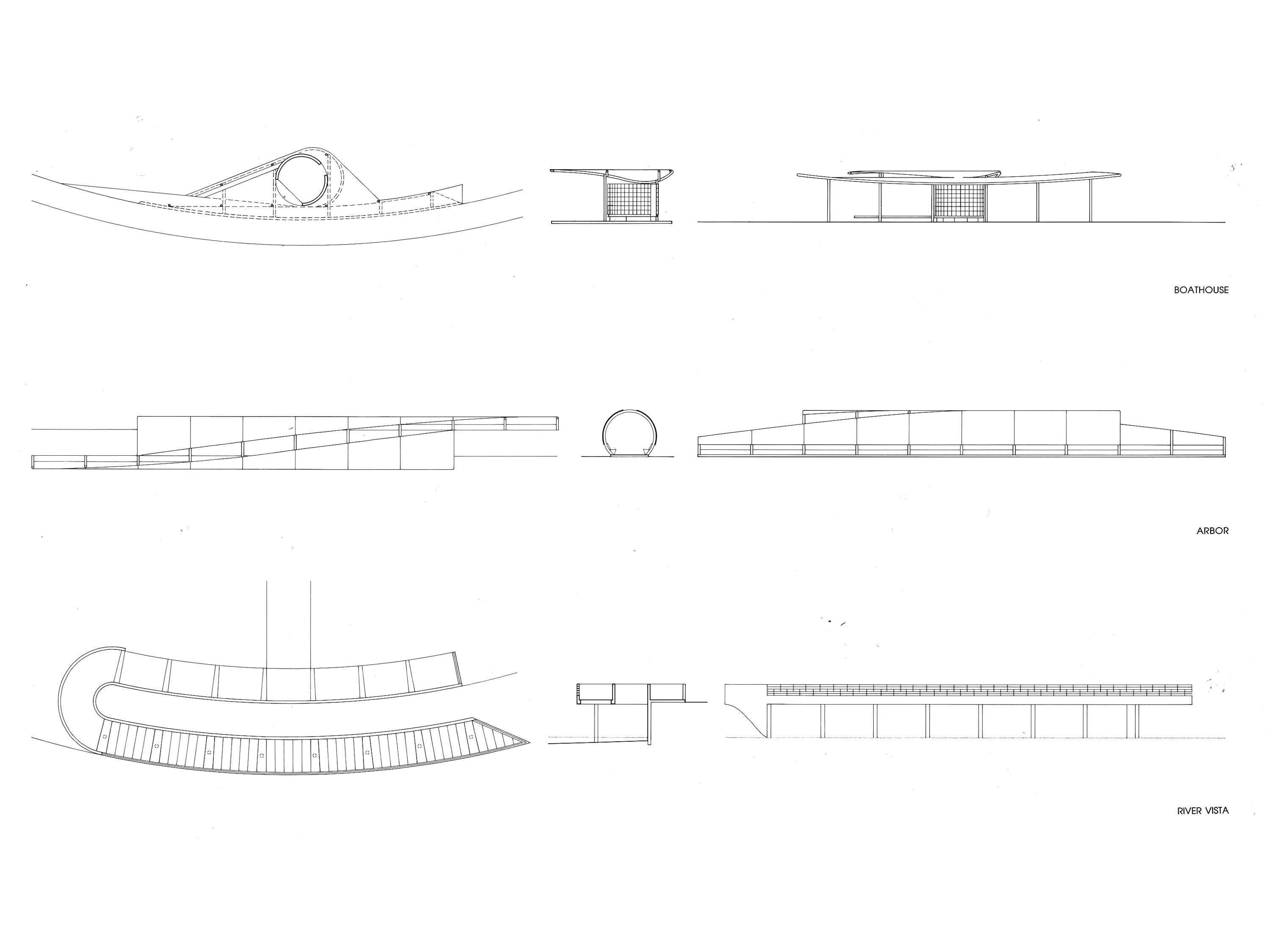 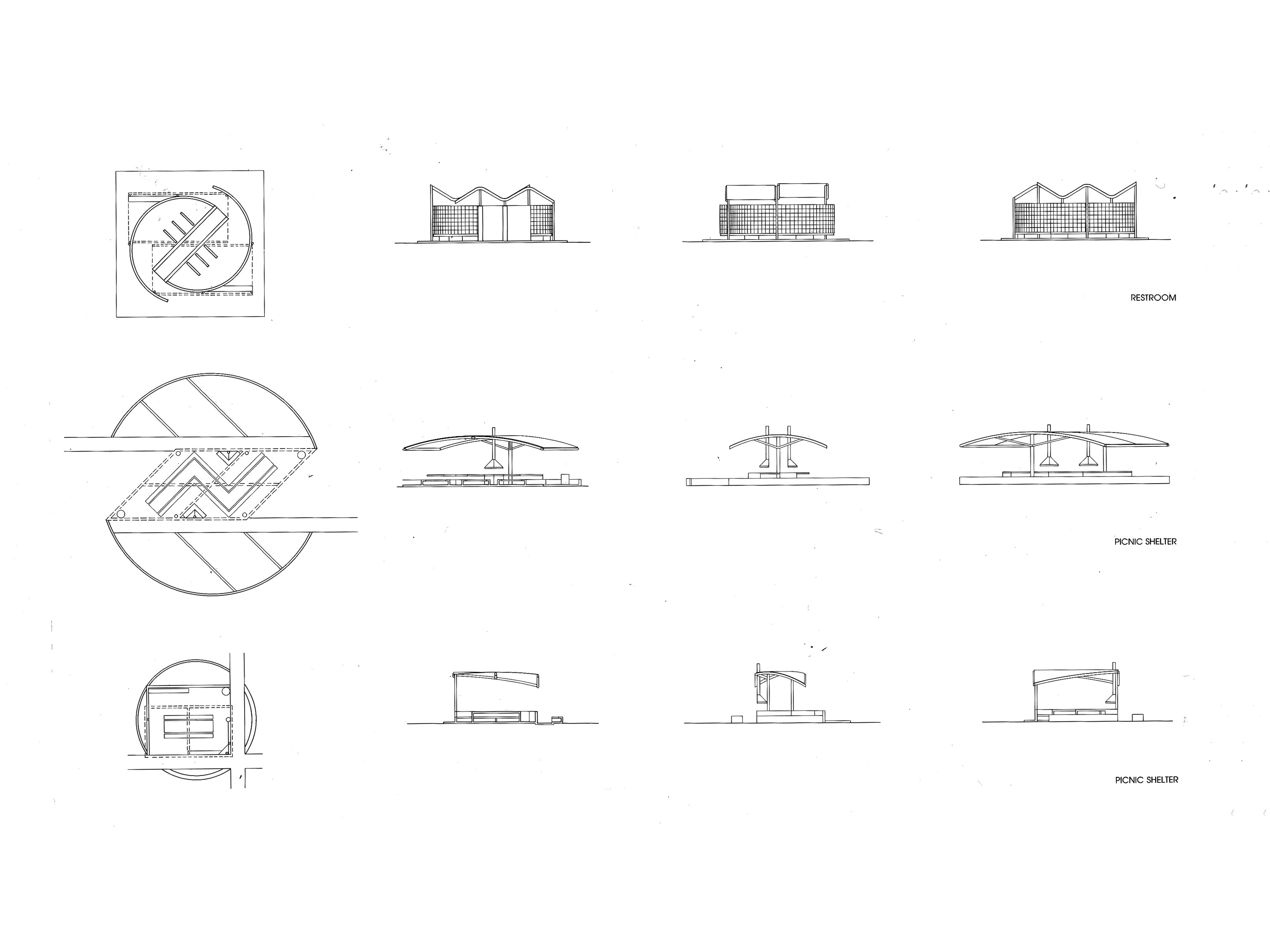 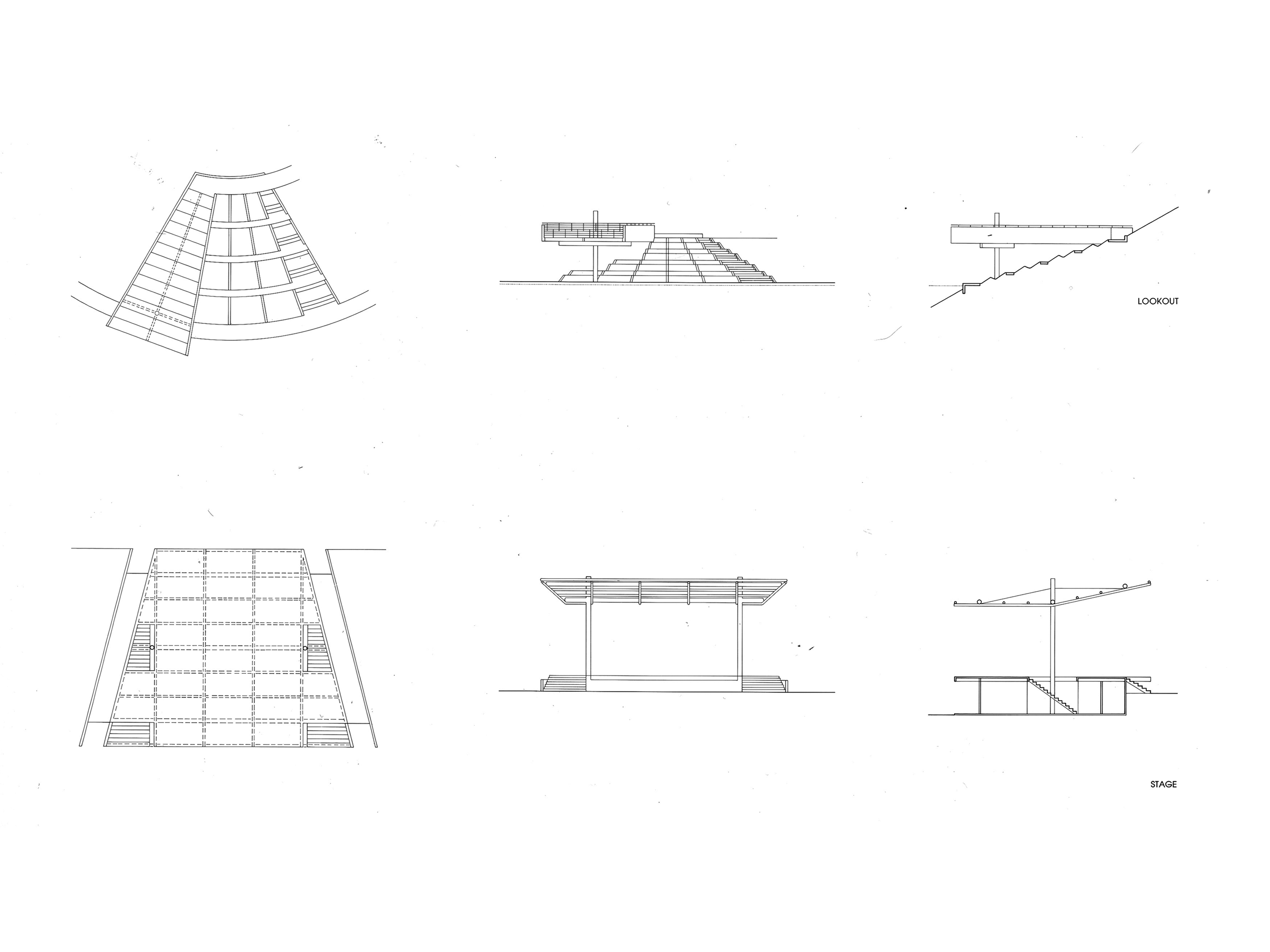 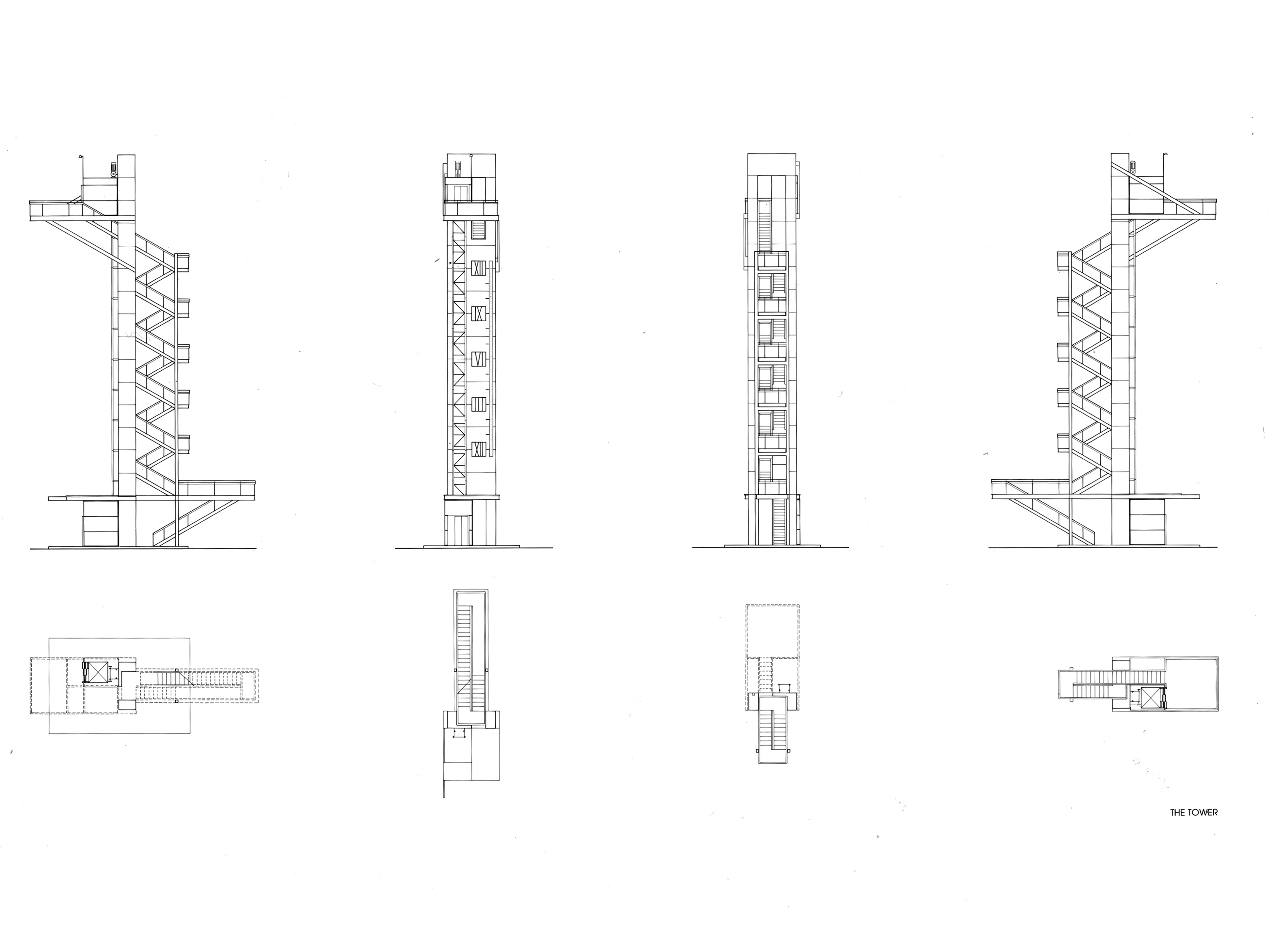 In the way that a tree inhabits the city, remembering nature, these structures inhabit nature, remembering the city. The buildings of Mill Race Park are a family, sharing the same genes, derived from a similar geometry, speaking a common language. The family has two branches: one with the characteristics of use specificity, where program generates the form; the other with the characteristics of site specificity, where location generates the form. The genetic structure of the buildings derives from formal explorations that revolve around the roof as the origin of shelter making—roofs as fragments of the dome of sky cut by forms that emerge on the ground as plan. A singular gesture aims to develop each structure as an object of definite ambiguity. The language is drawn from squares intersecting with circles, interpreted specifically in relation to site or program. All of the buildings have concrete platforms and walls with steel roofs, some corrugated and some perforated, supported by steel tube structures. The restrooms have M- and W-profile roofs floating above interlocking-glass-block screen walls, themselves floating above the ground. The picnic shelters establish their space via a roof draped over a table to form fragments of a room. The lookout is a bank for sunbathing that takes the form of a chaise longue; above is a fishing pier that also shades the bank. The arbor is a tunnel to the river vista, a lens focusing on the watercourse that divides and forms the boundaries of the park. The woven-wire skin of the arbor supports creepers; these plants drip into the bench-lined tunnel. The river vista, a curled pier that offers views down the river, weaves ground and water. The boathouse also connects land and water. Its roof is an upturned hull; jetties connect to two bodies of water, one dammed and constant, the other natural and varying. The amphitheater is a sculpted berm of earth; a crater, a dish of seating, transforms into a structure, a scaffold above a stage. Finally, the tower aligns with Eliel Saarinen’s First Christian Church tower, the building that launched Columbus’s civic program of modern architecture. The park version is primal, stripped to basic elements: wall, stair, elevator, clock, viewing platform. The viewing platform presents a map of Columbus, a synoptic view of architecture and city. The park structures concretize their situations, amplify their sites, proclaim their functions publicly.