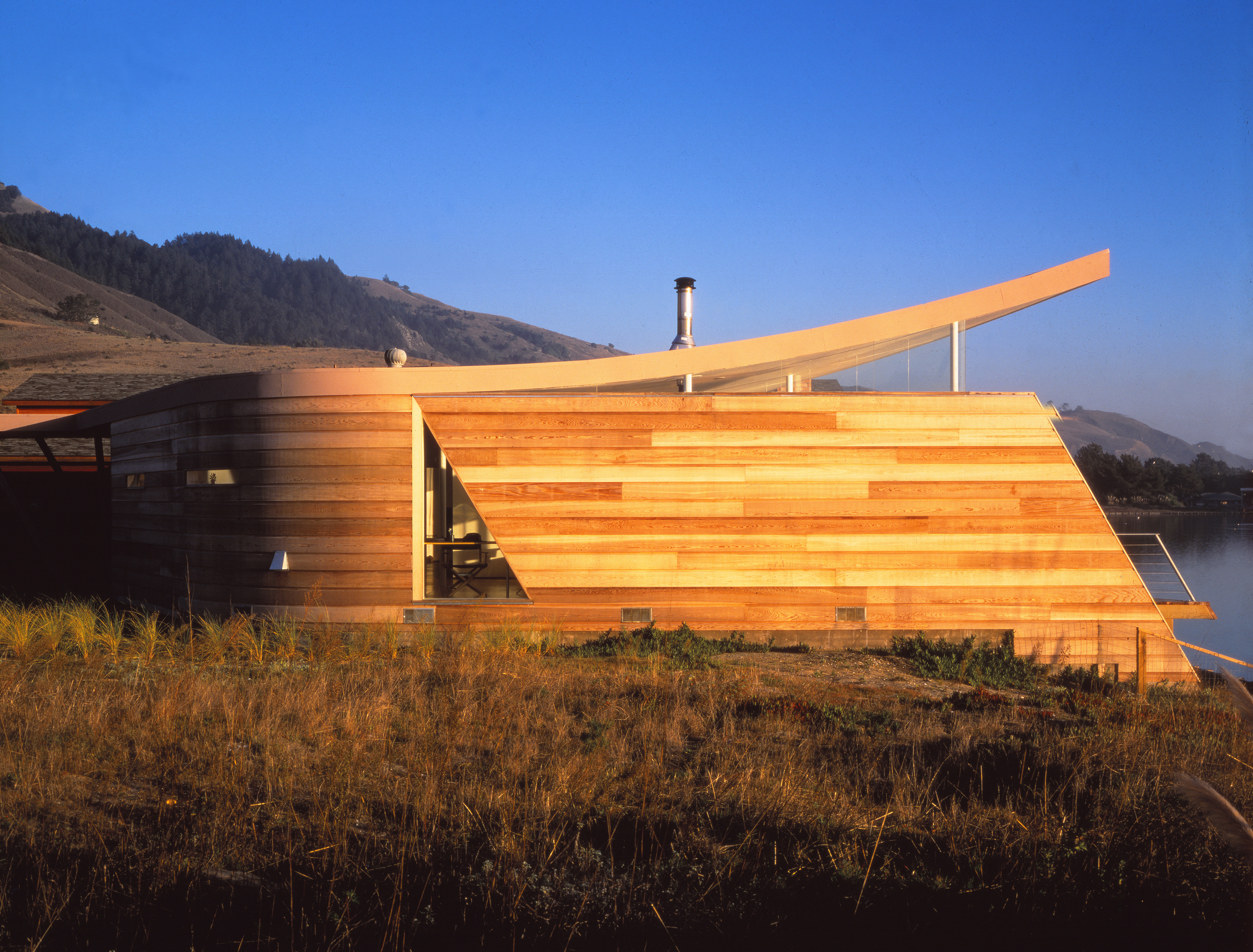 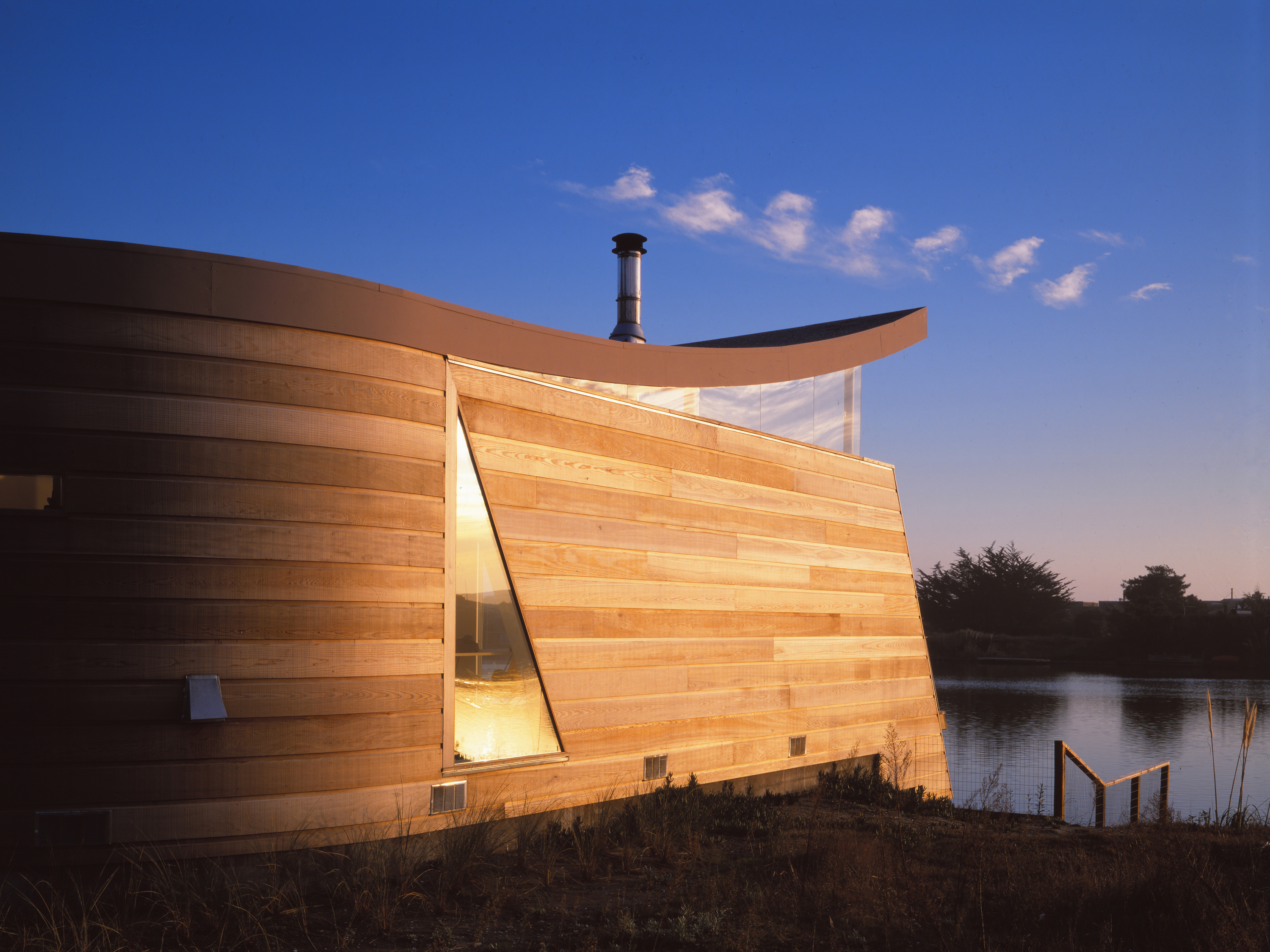 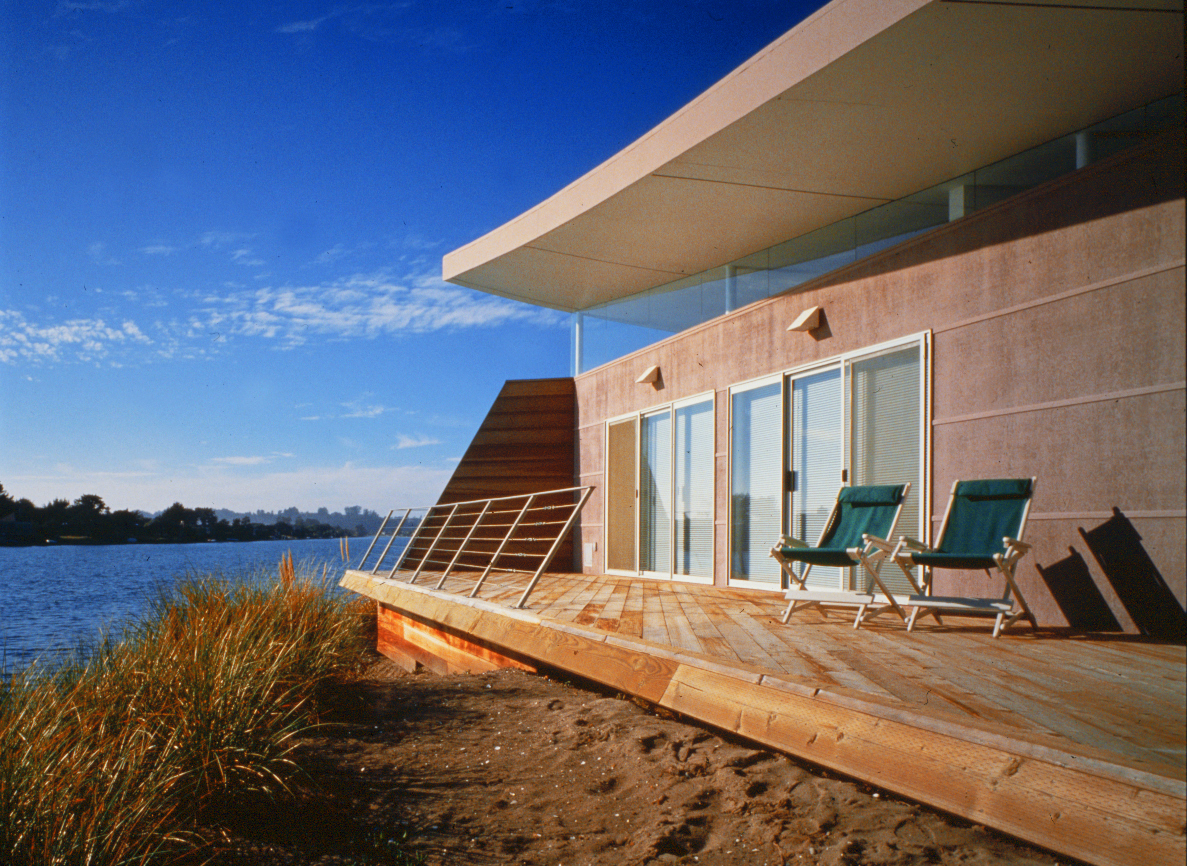 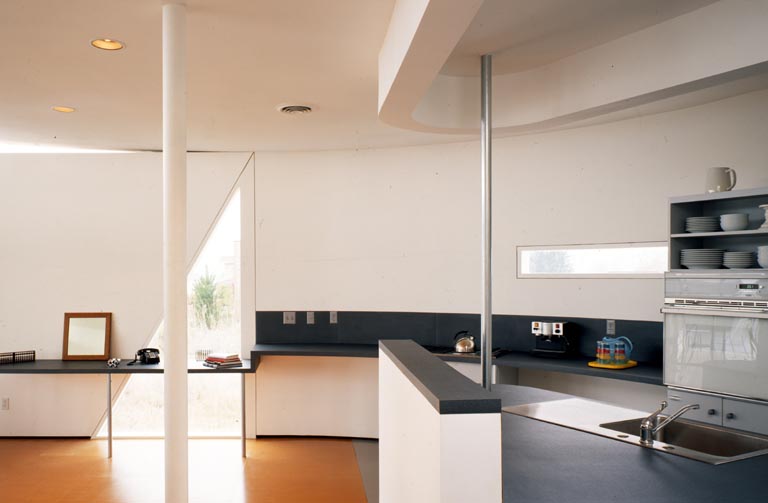 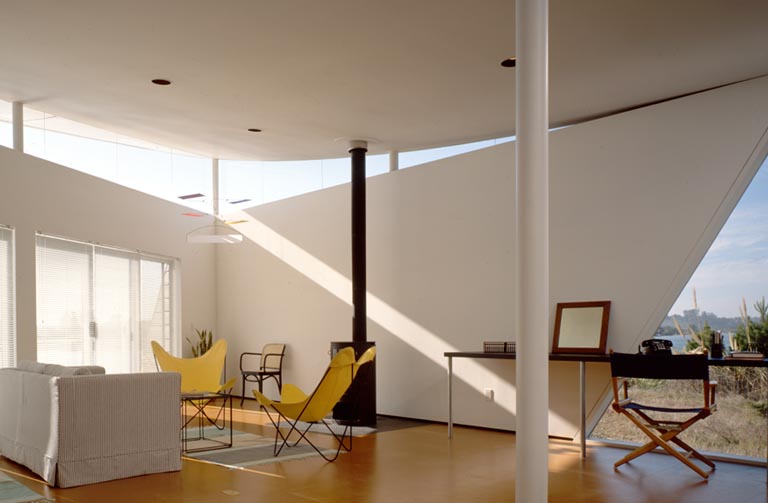 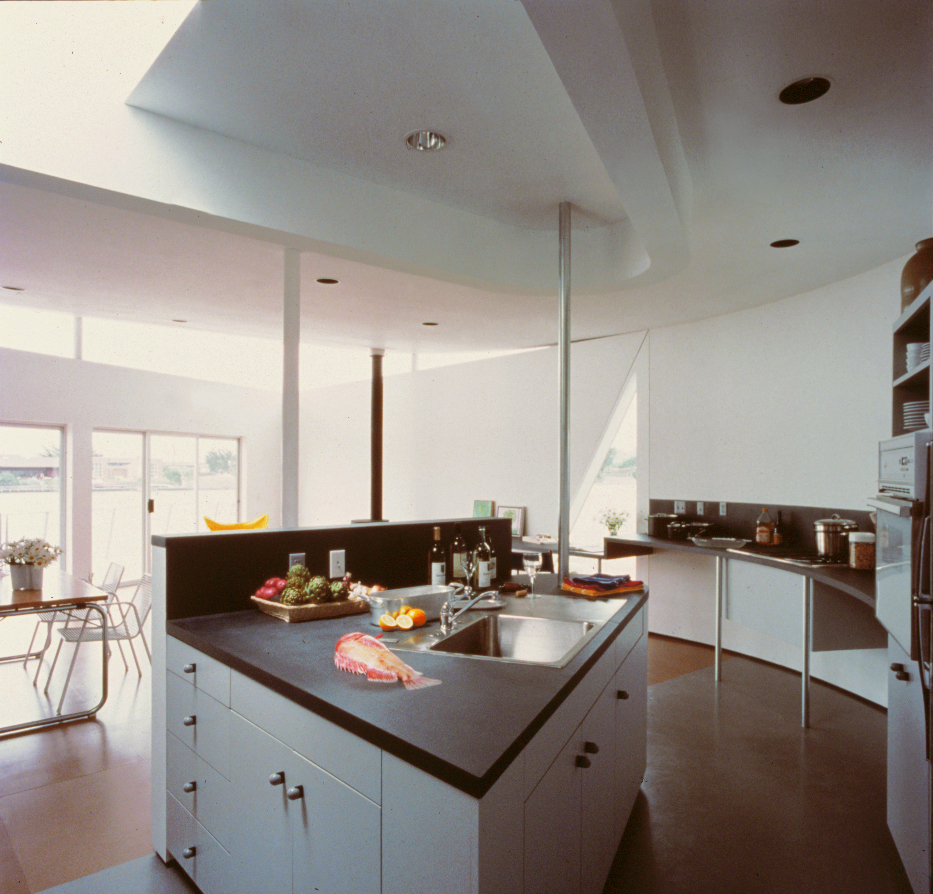 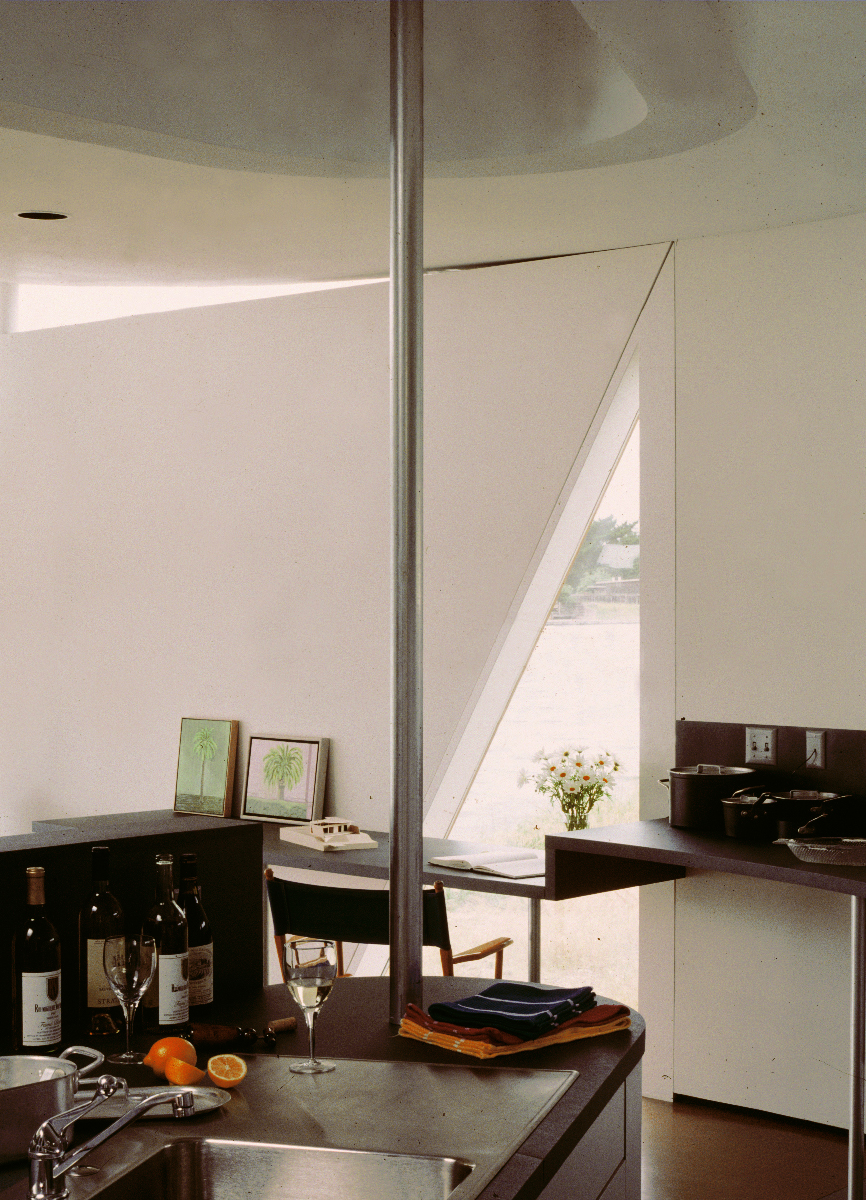 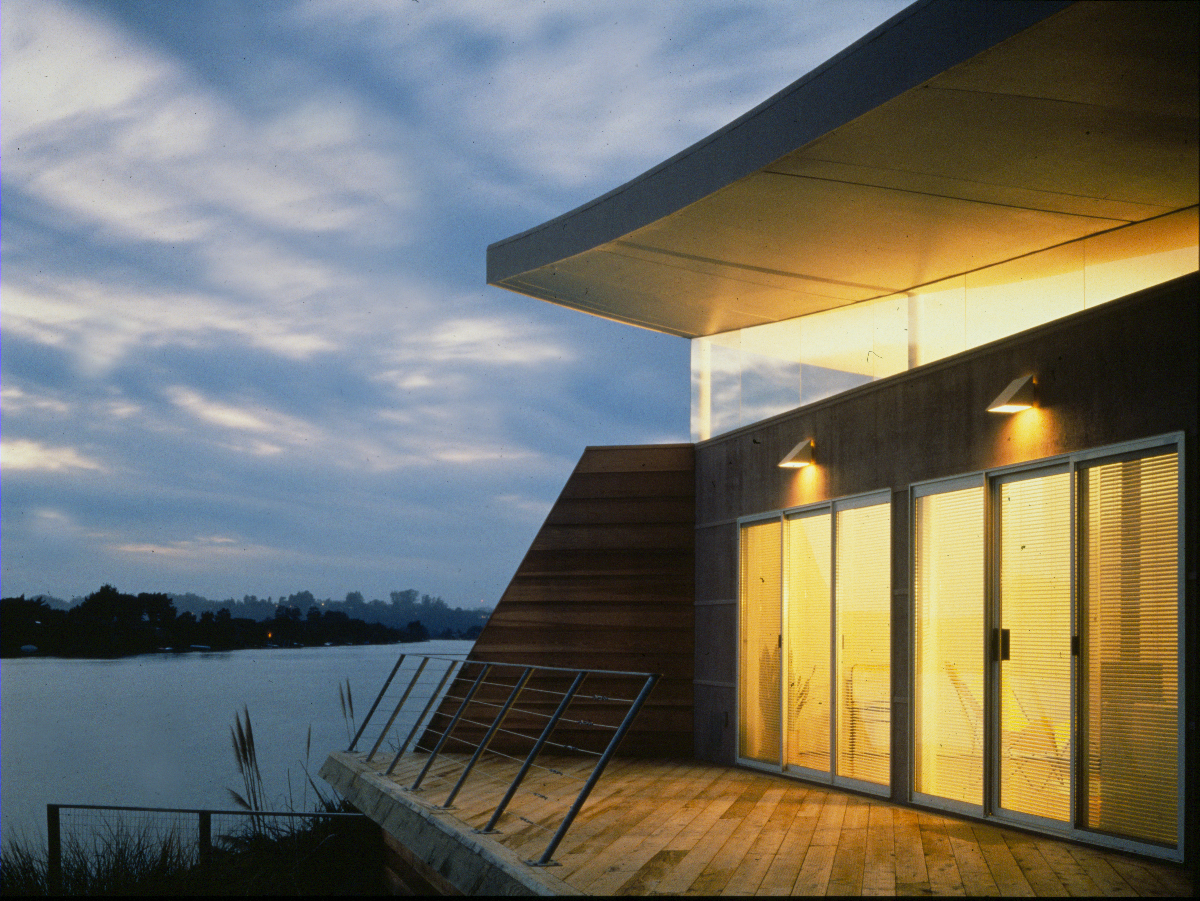 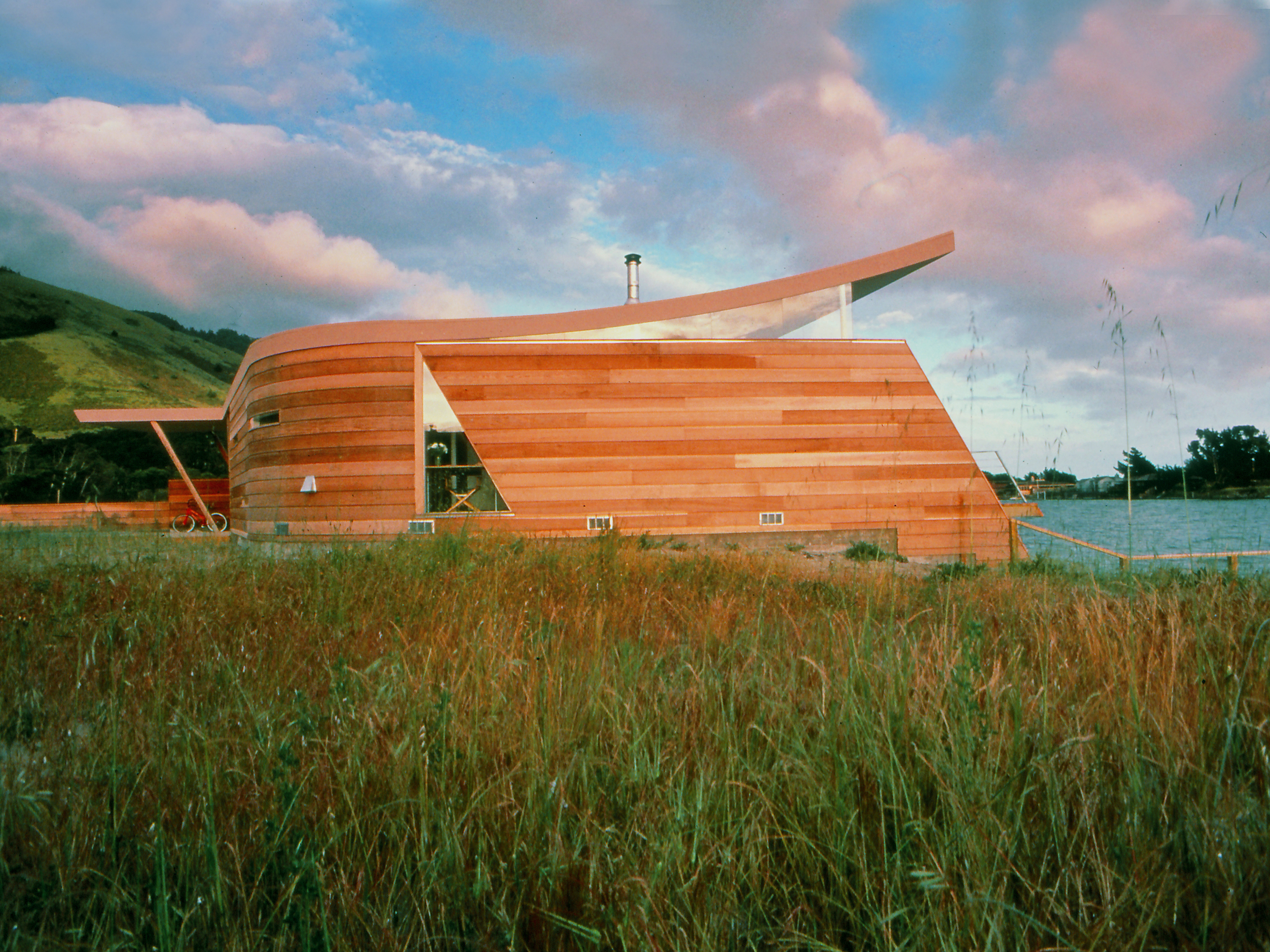 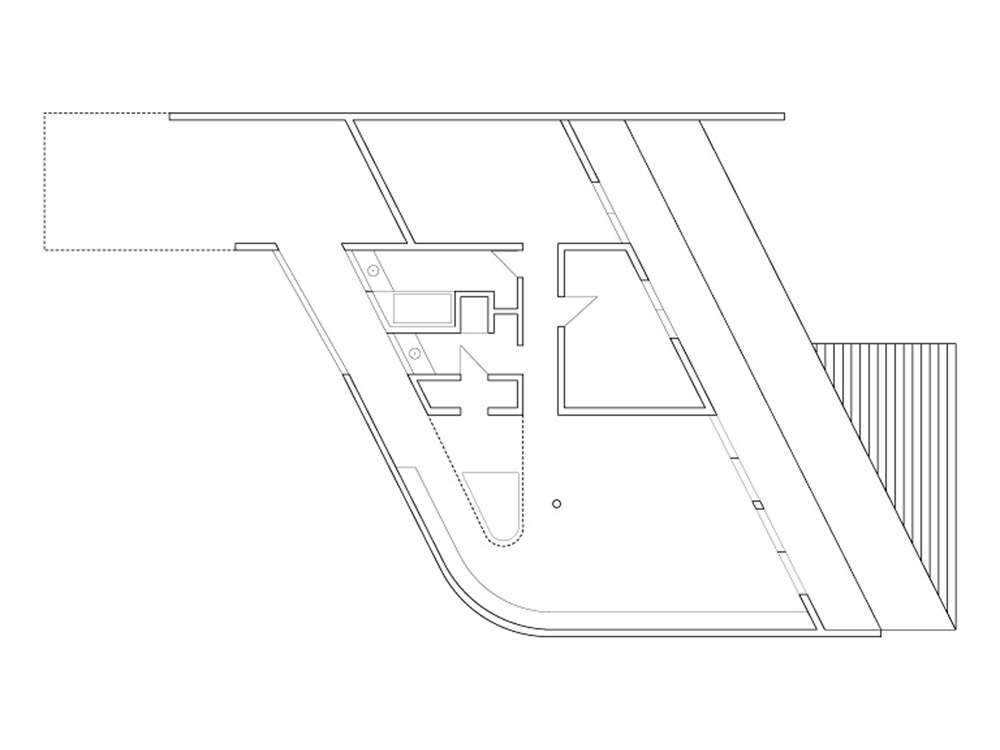 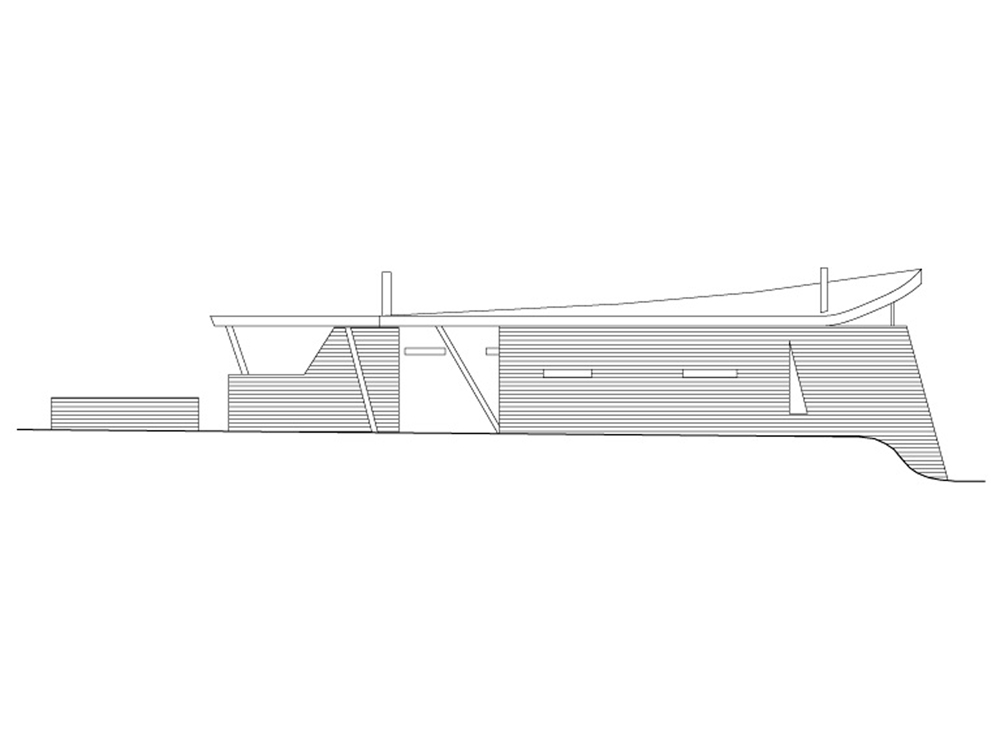 The site is a tract on the Seadrift Lagoon, adjacent to Stinson Beach.
Seadrift is a narrow slice of water, parallel to the beach, lined with buildings on both sides.

The house is an amplification of its setting. The roof, a wave, reflecting the nearby but absent ocean. The space a cave carved by water. Shell like, the outside is a driftwood crust, protecting an iridescent interior charged with sunlight.

A weekend house, the journey from the city is a winding trip by road to an carport of shifting columns. Escape is from a flat projecting jetty by boat.

Remembering ships and boats, a prowl protects the deck from the winds, and alludes to the open sea.