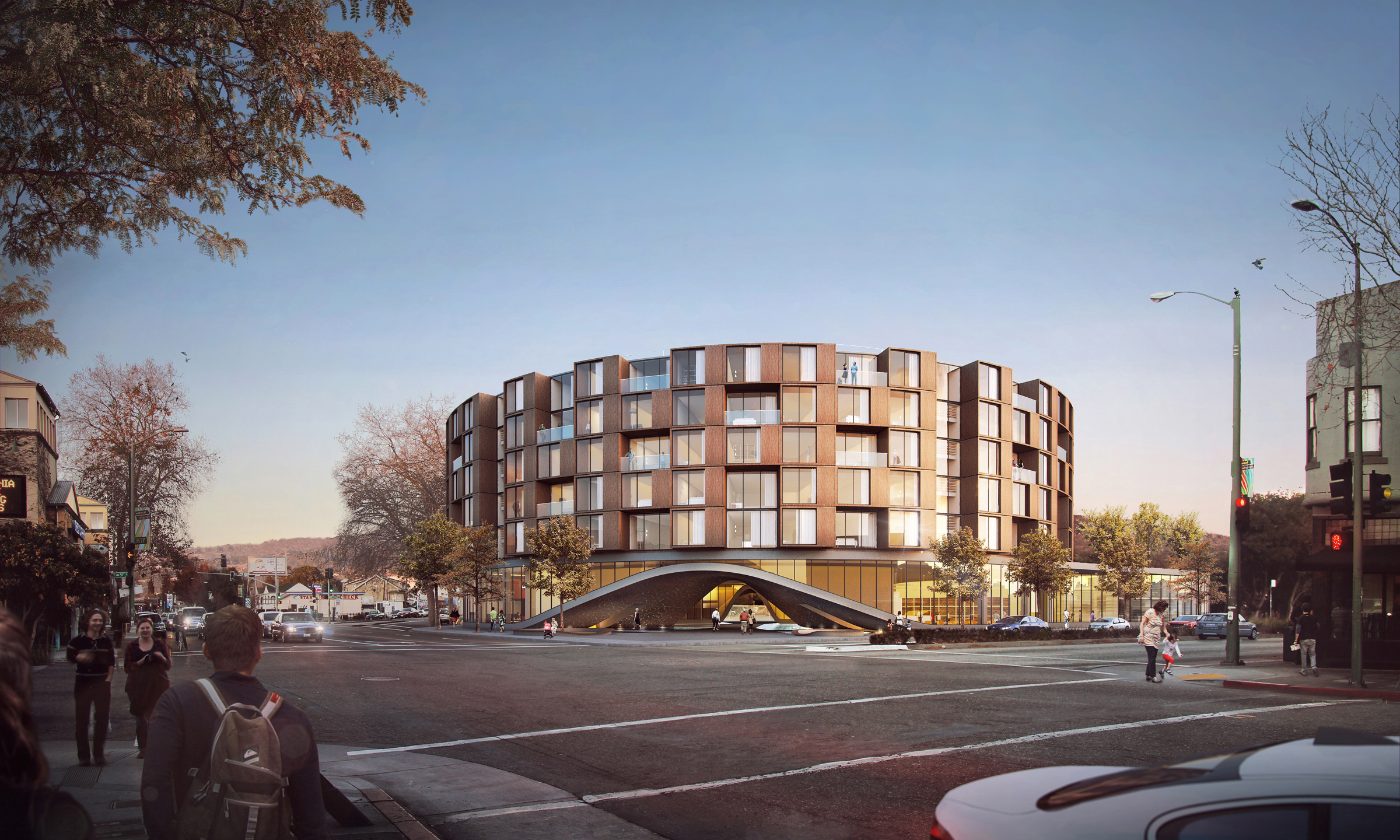 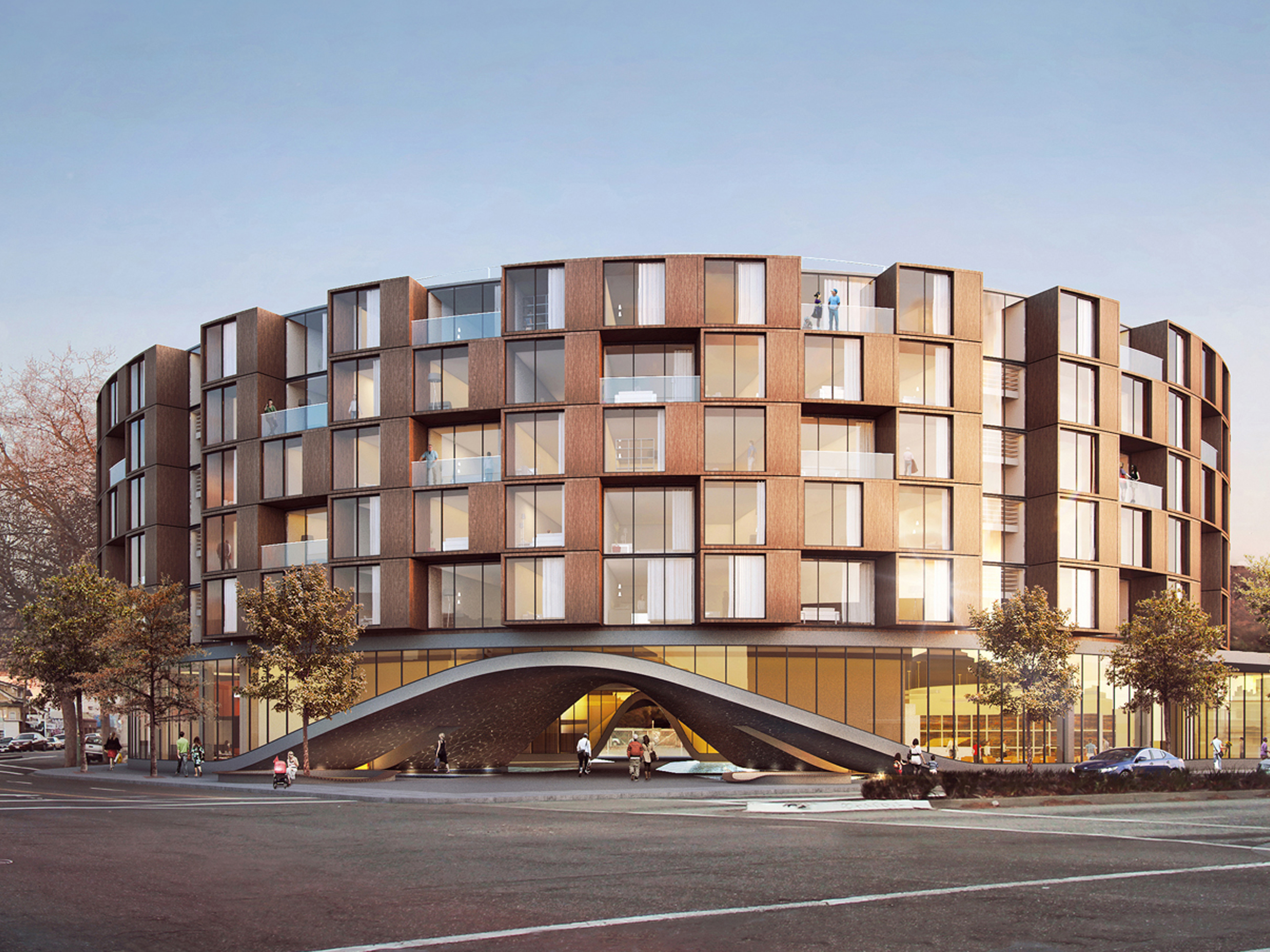 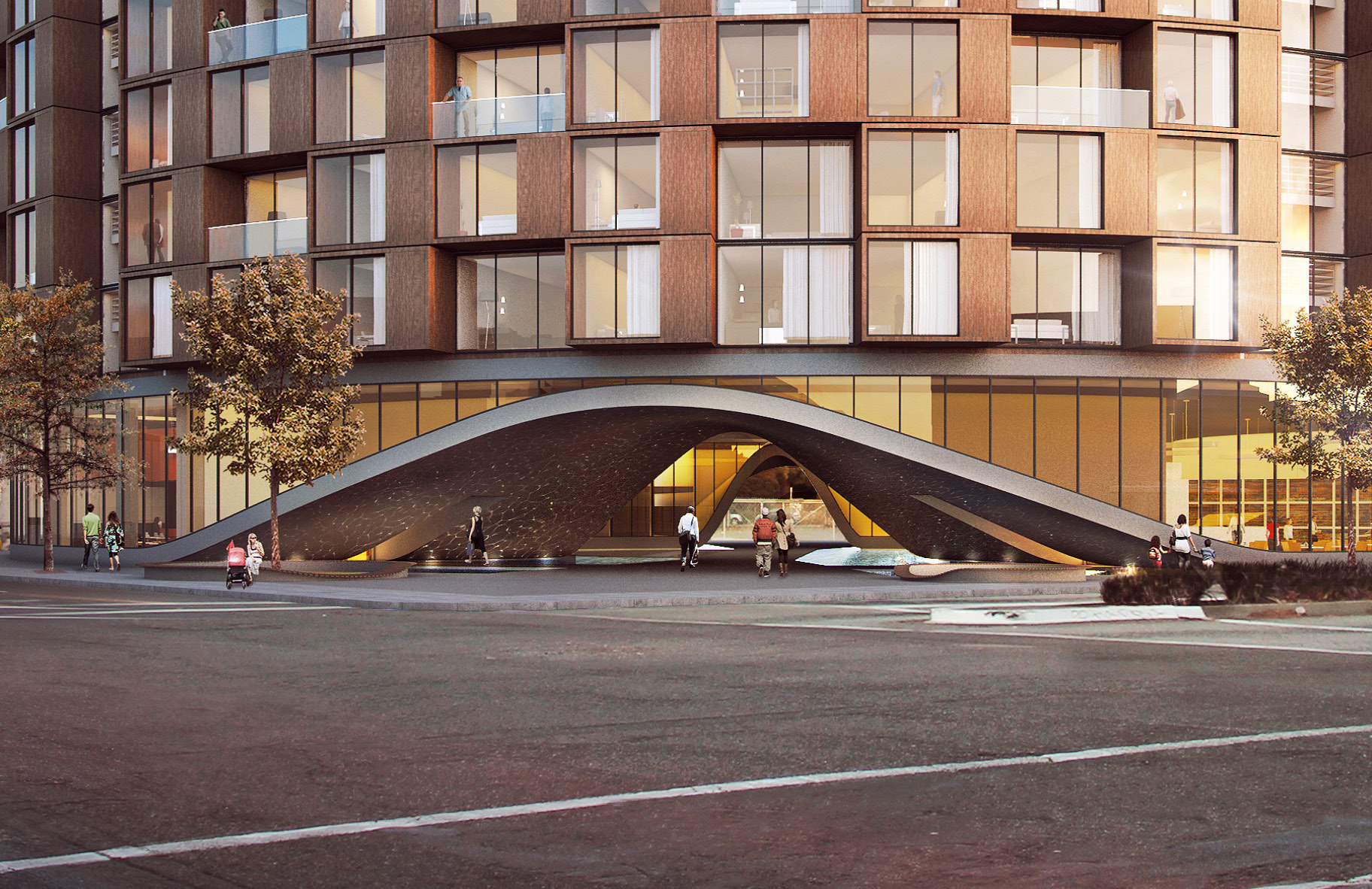 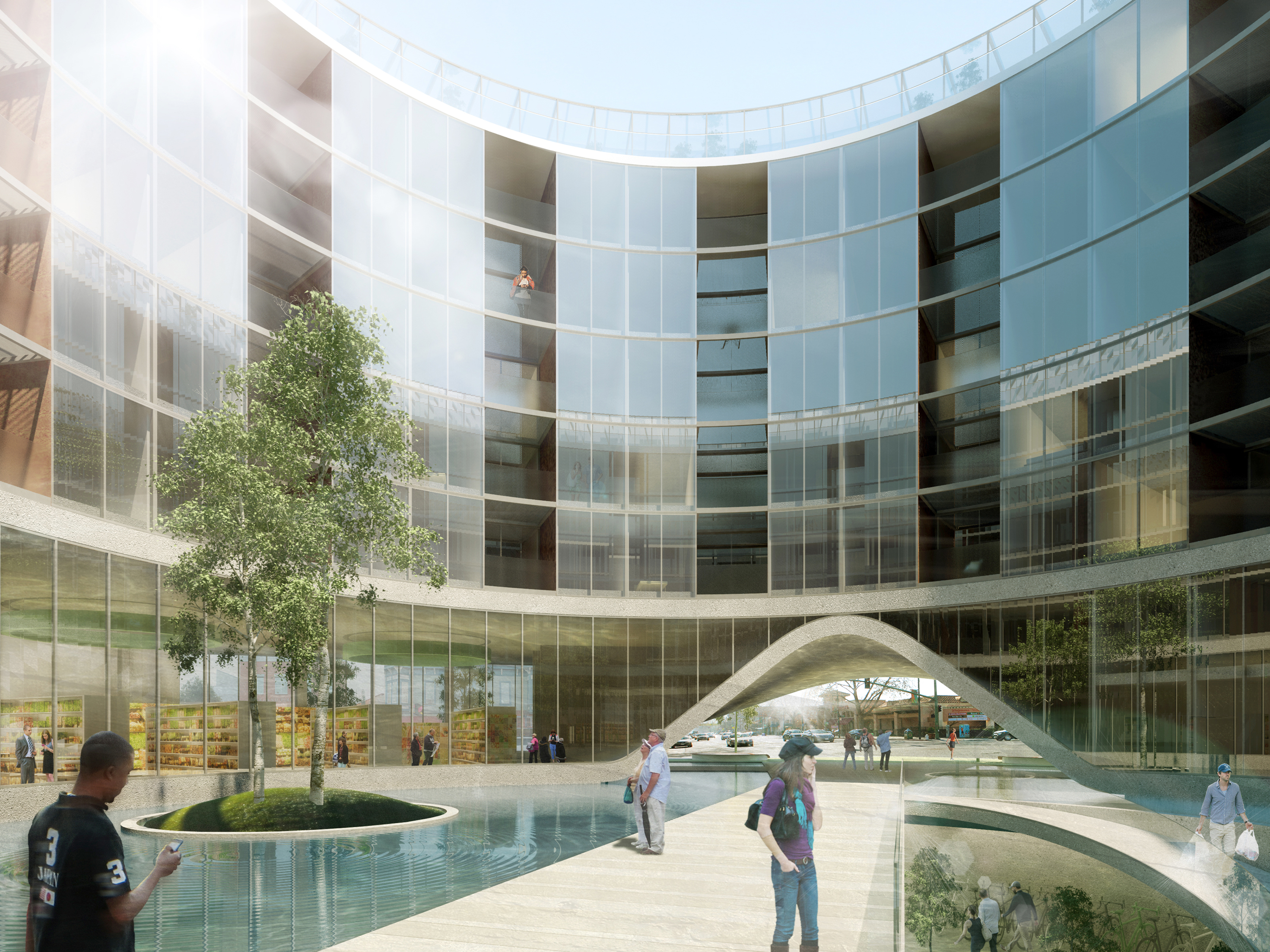 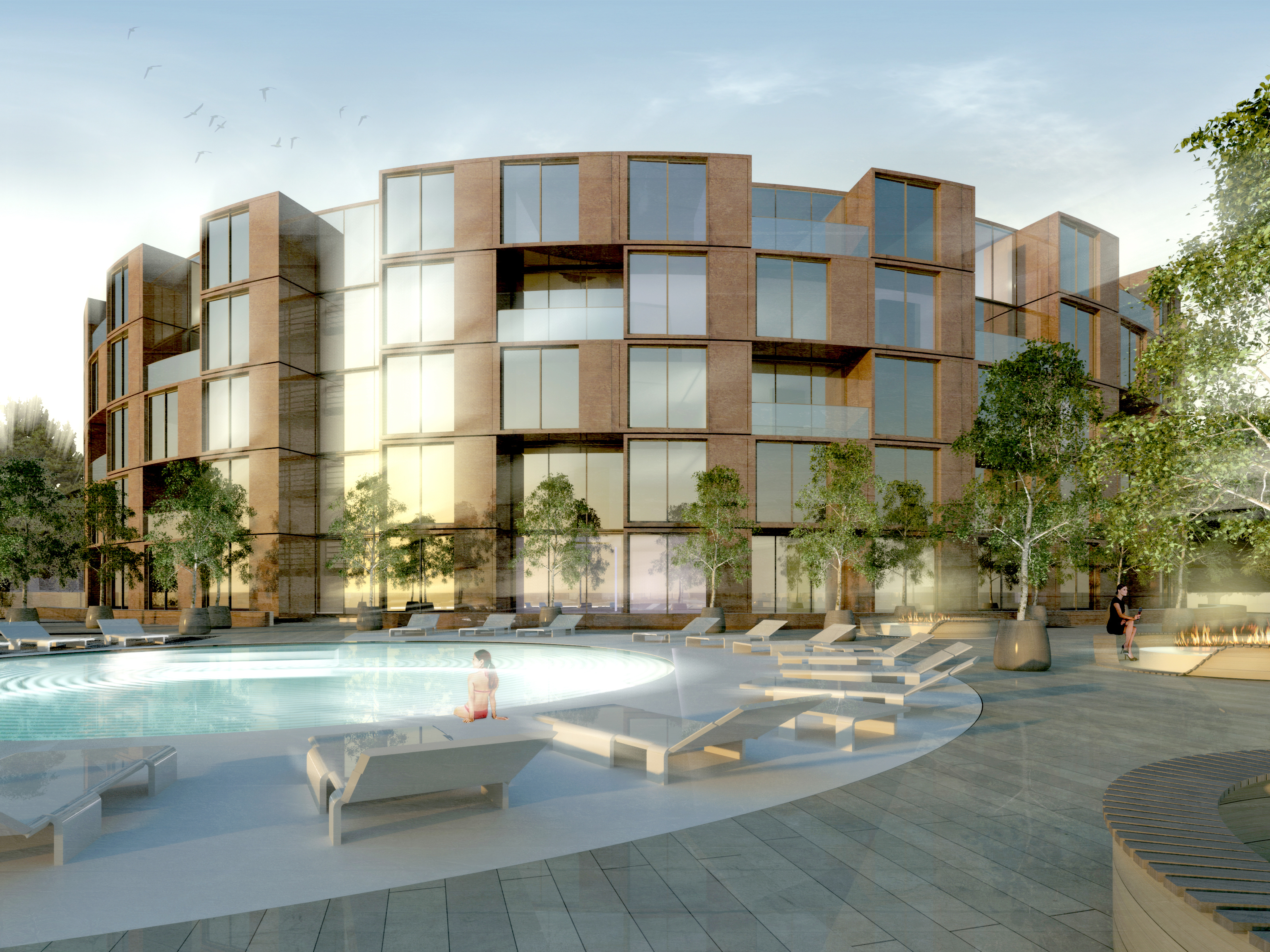 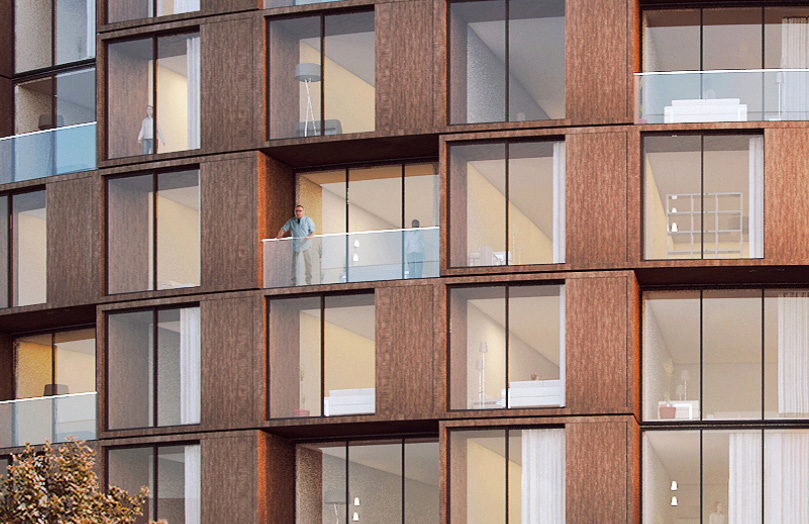 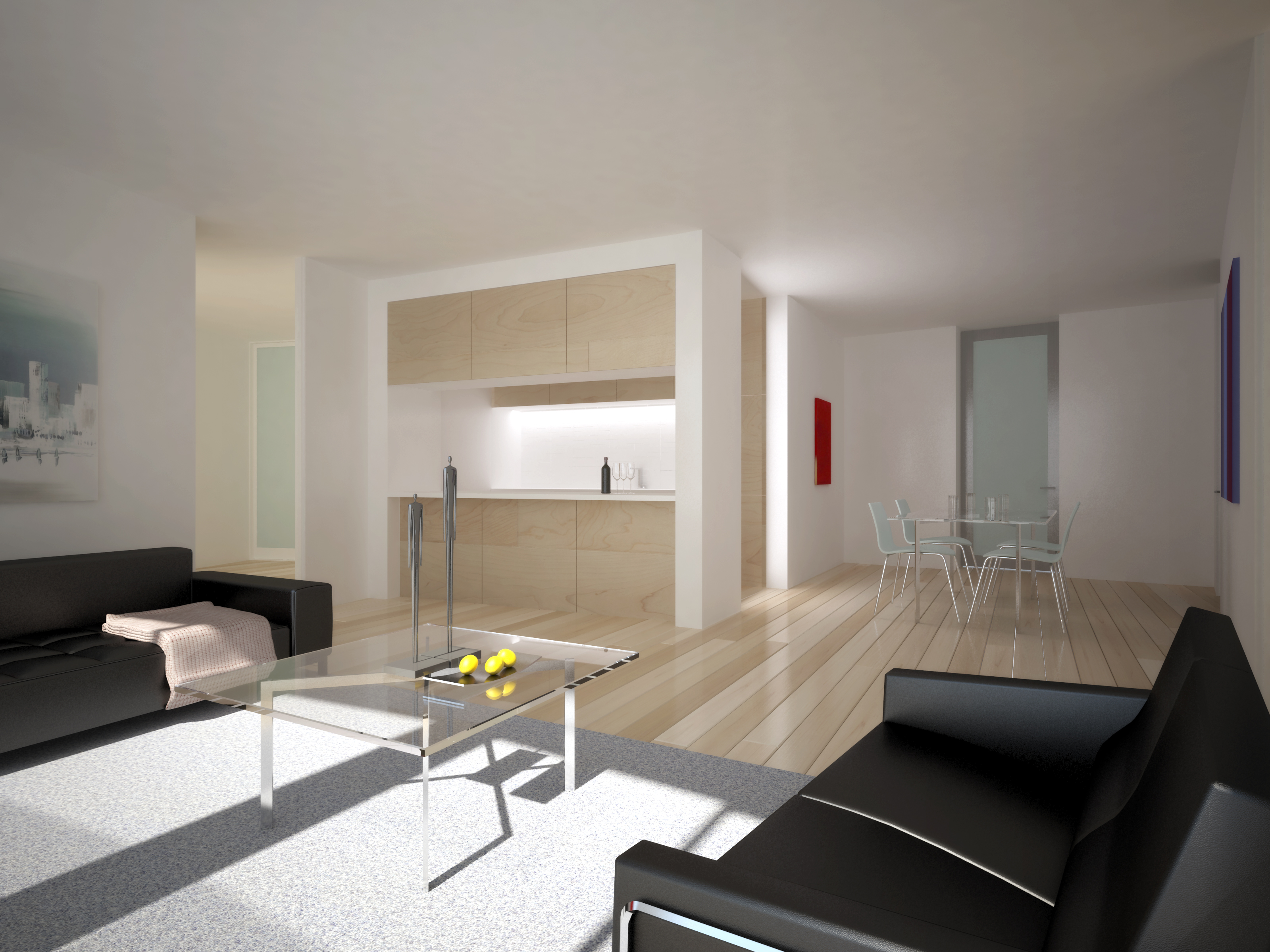 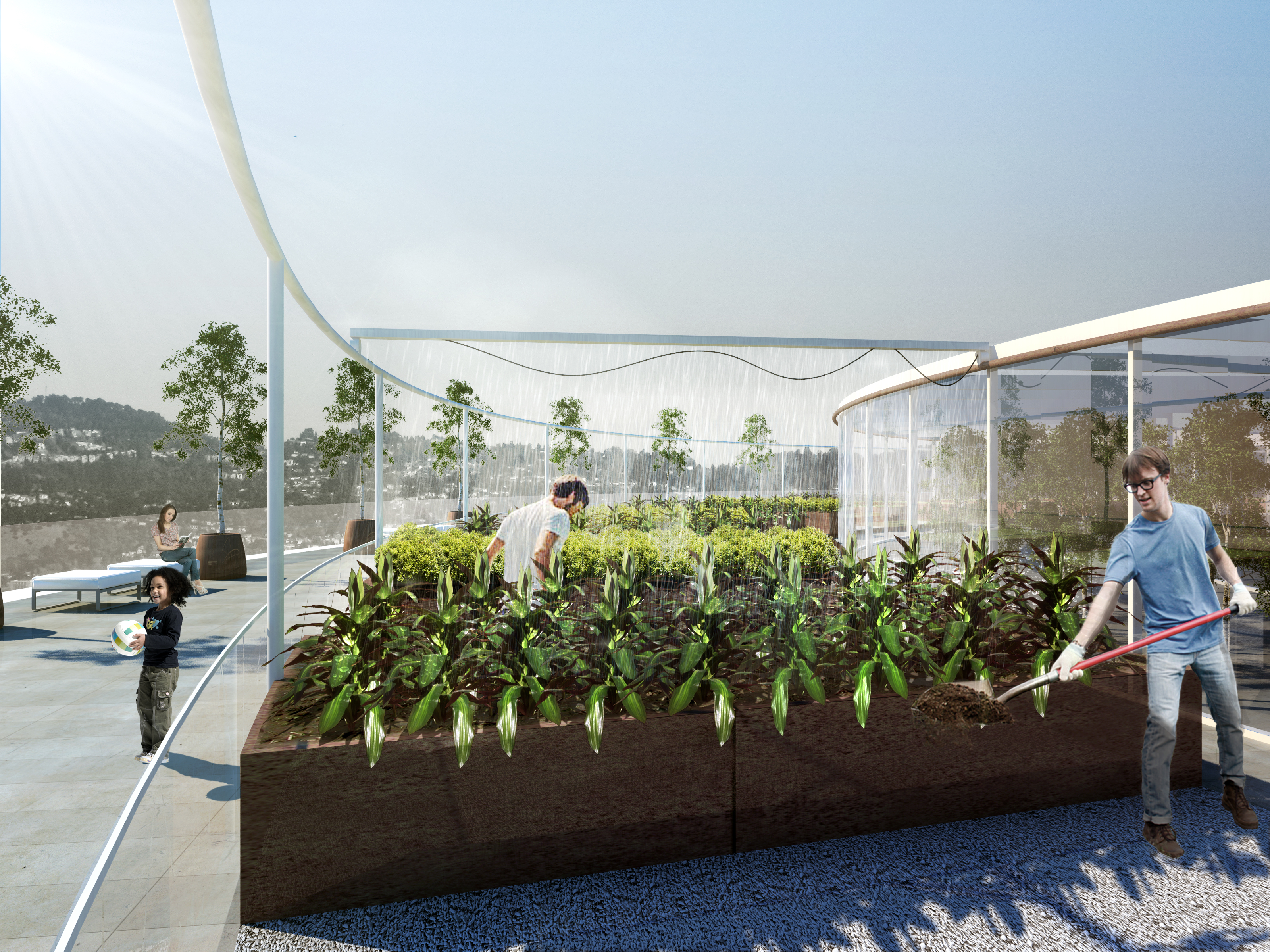 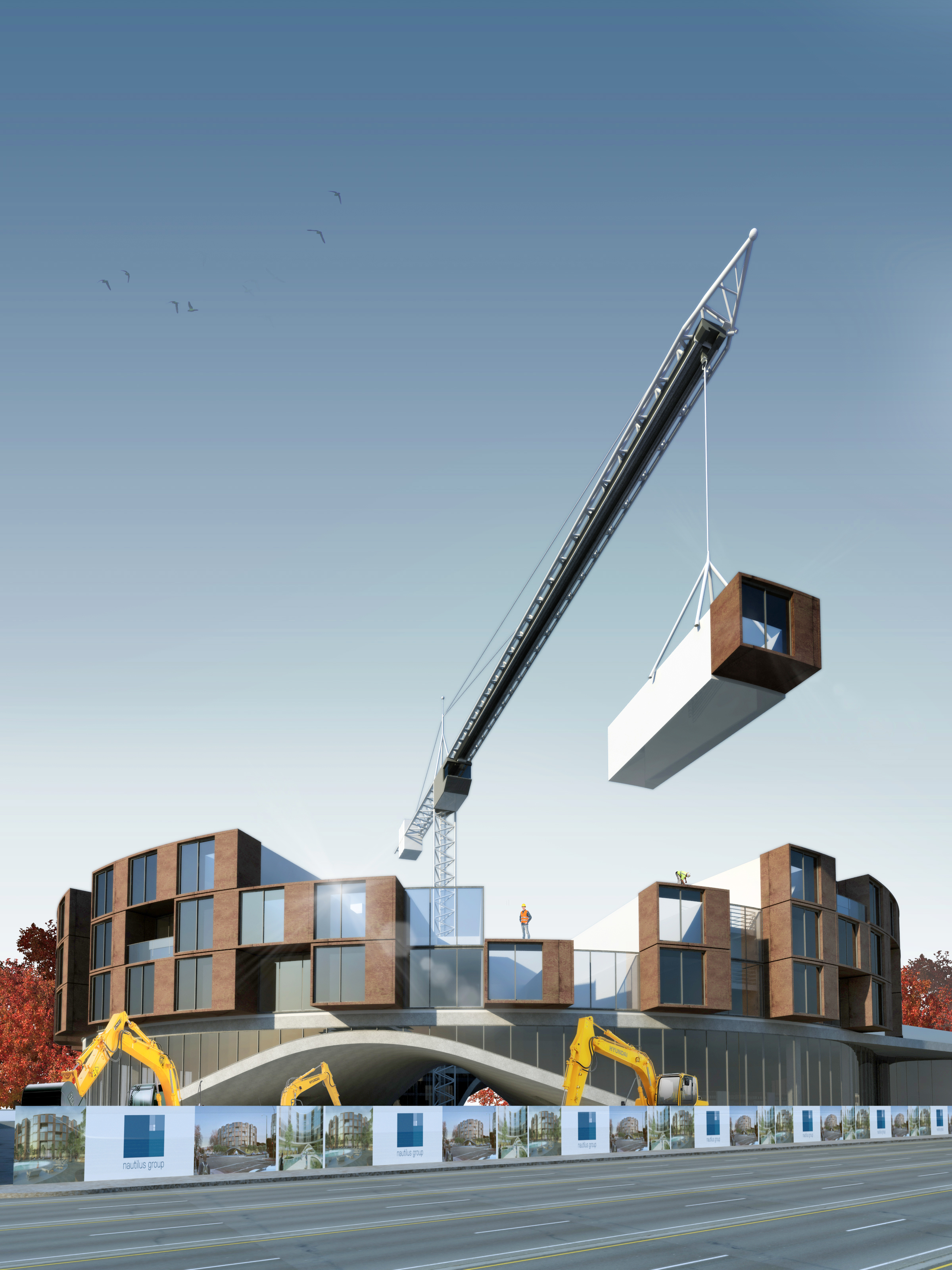 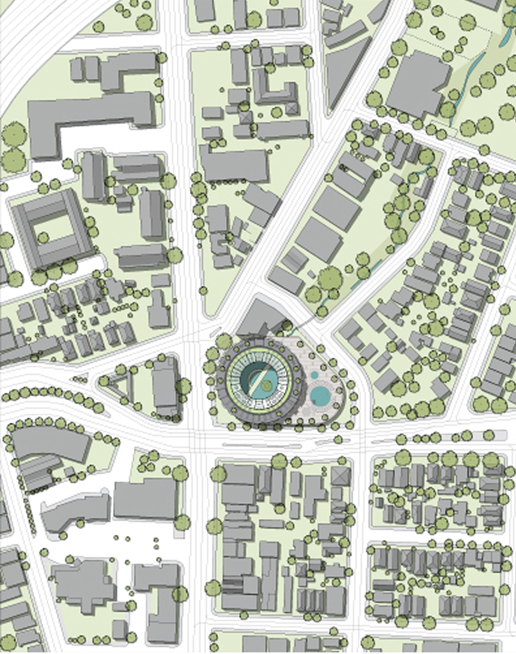 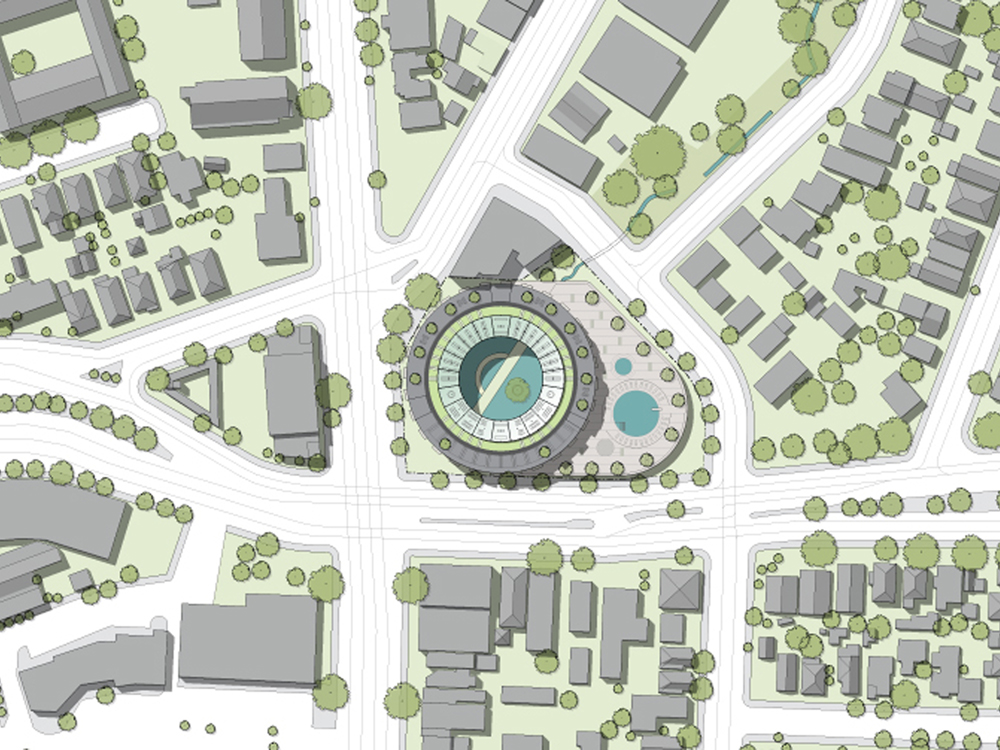 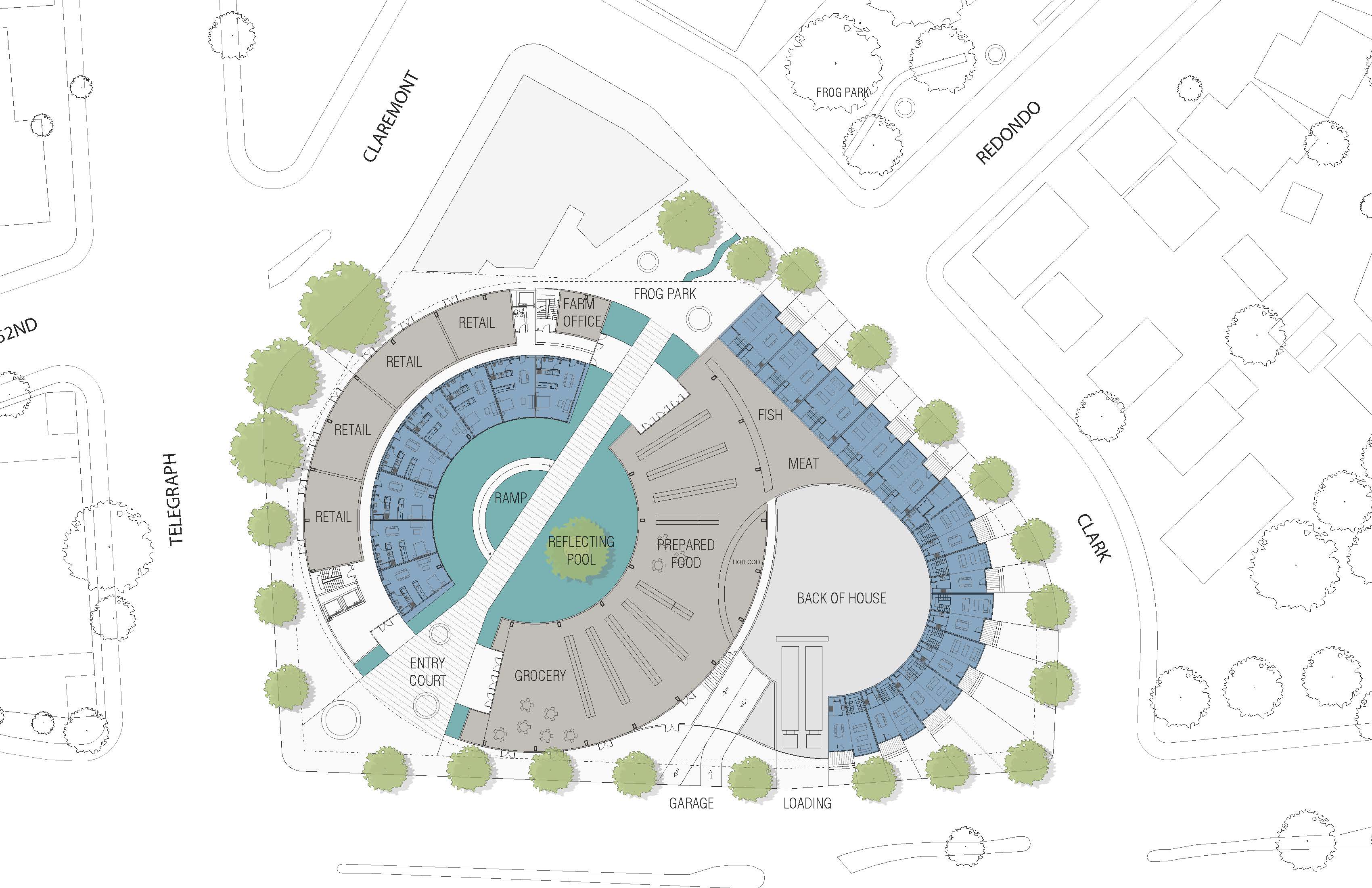 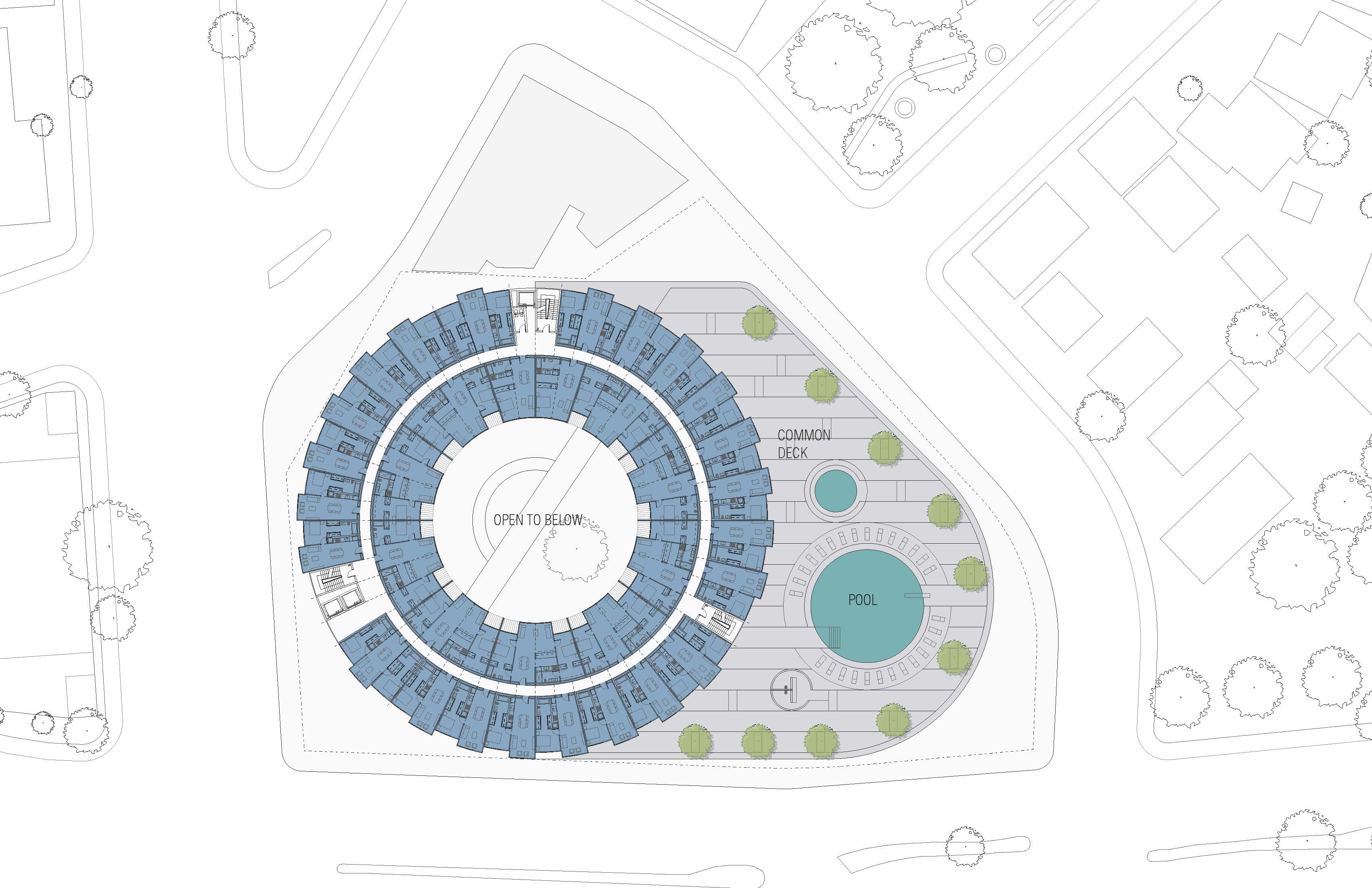 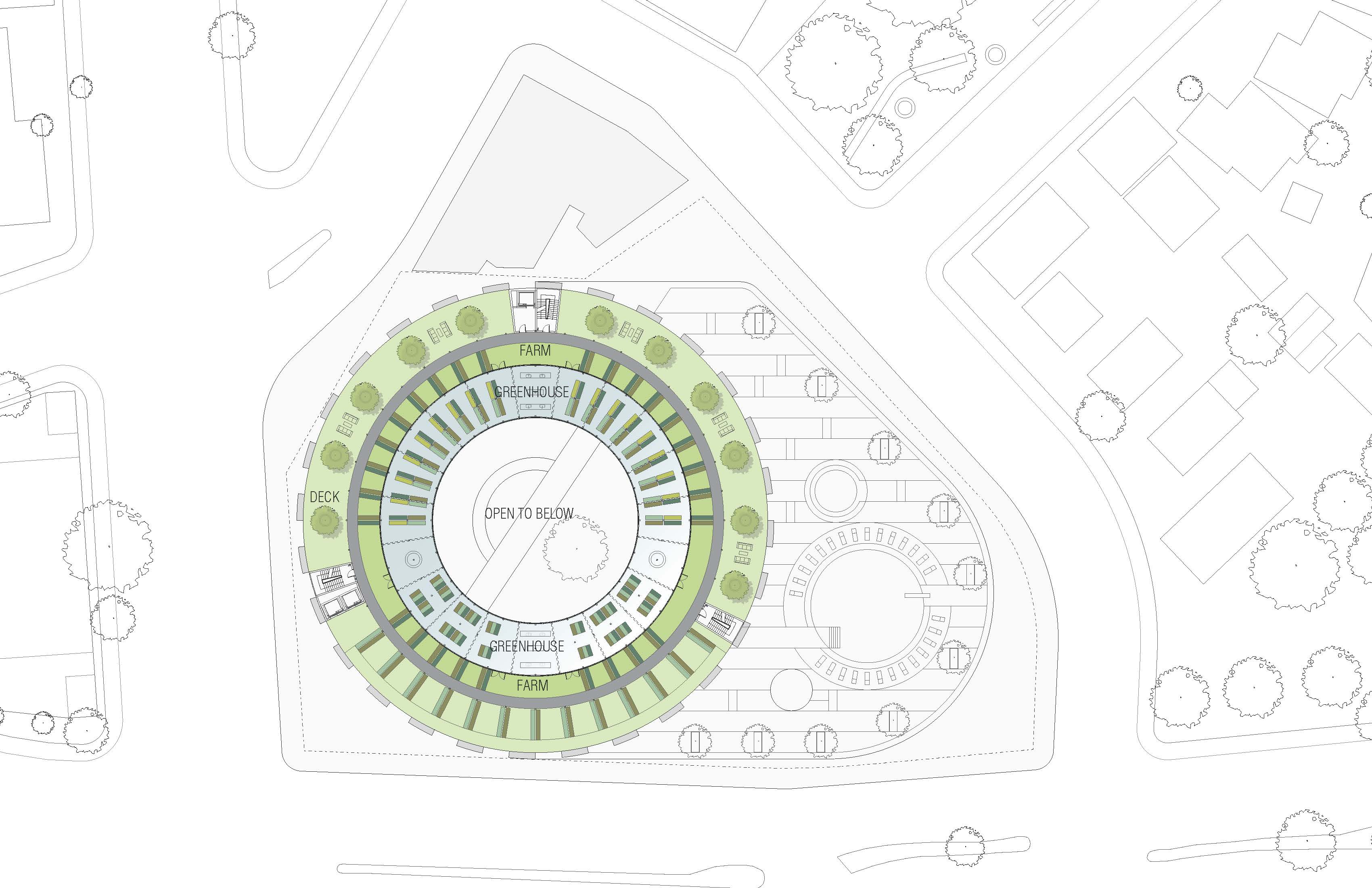 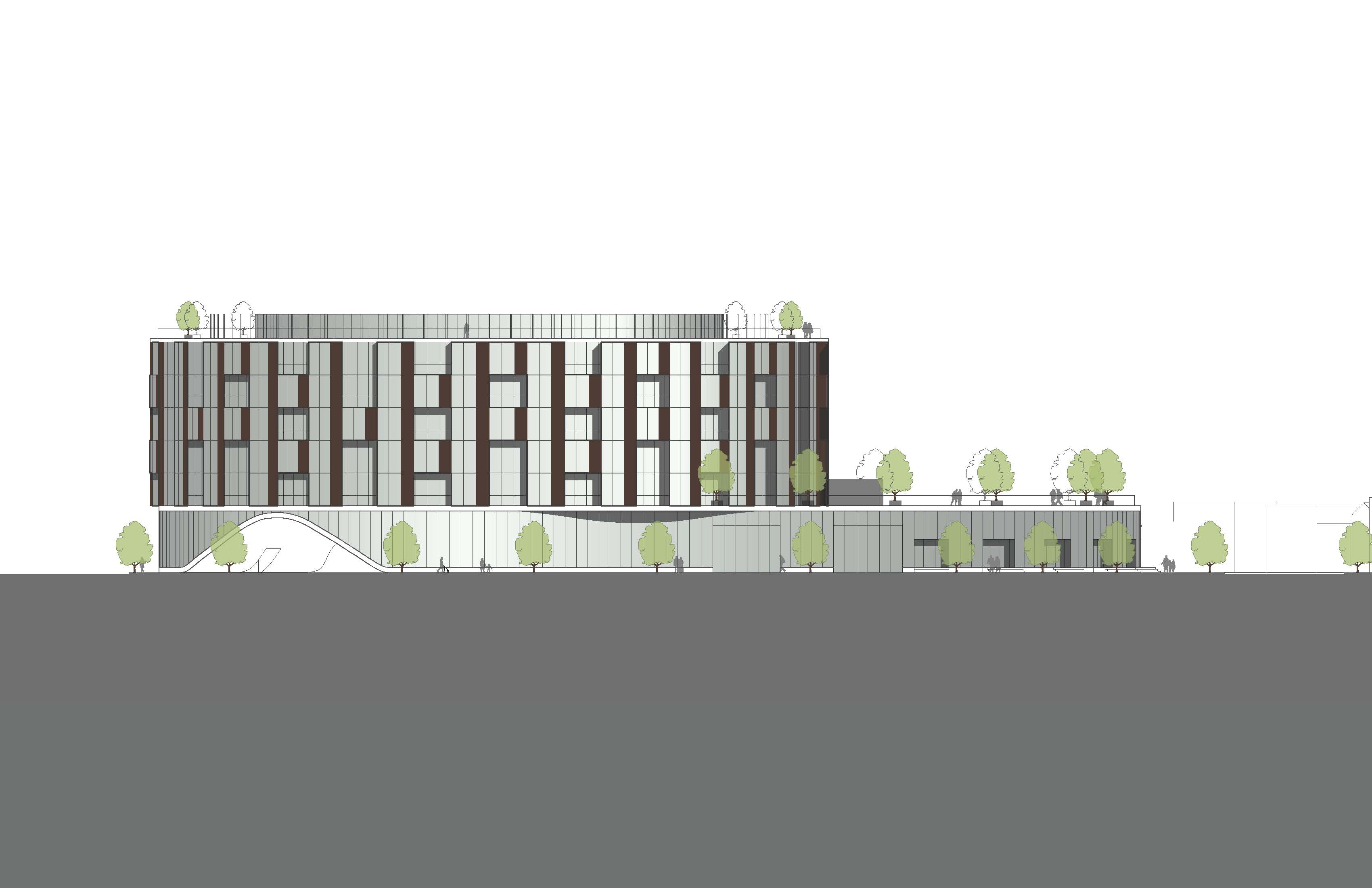 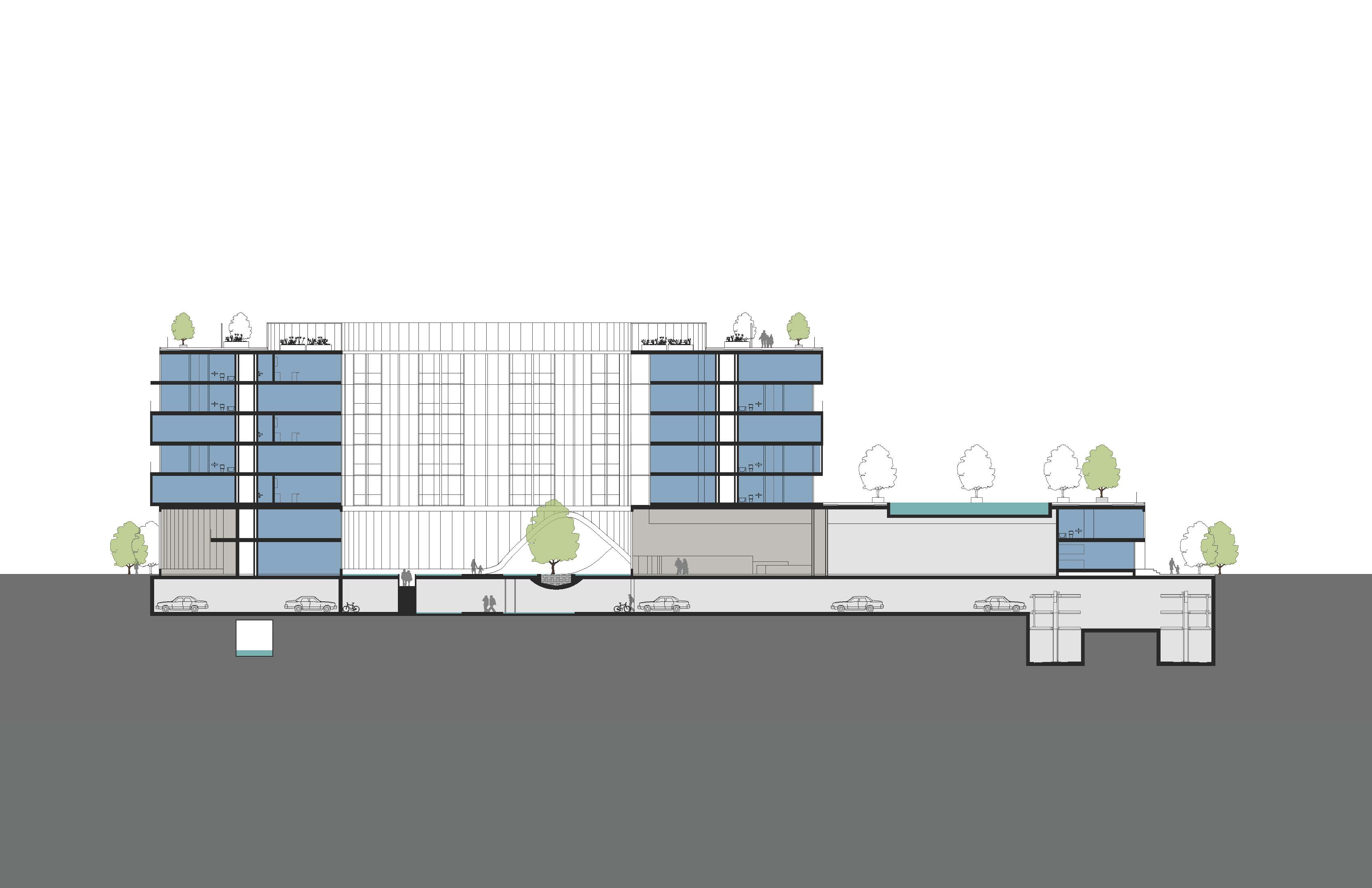 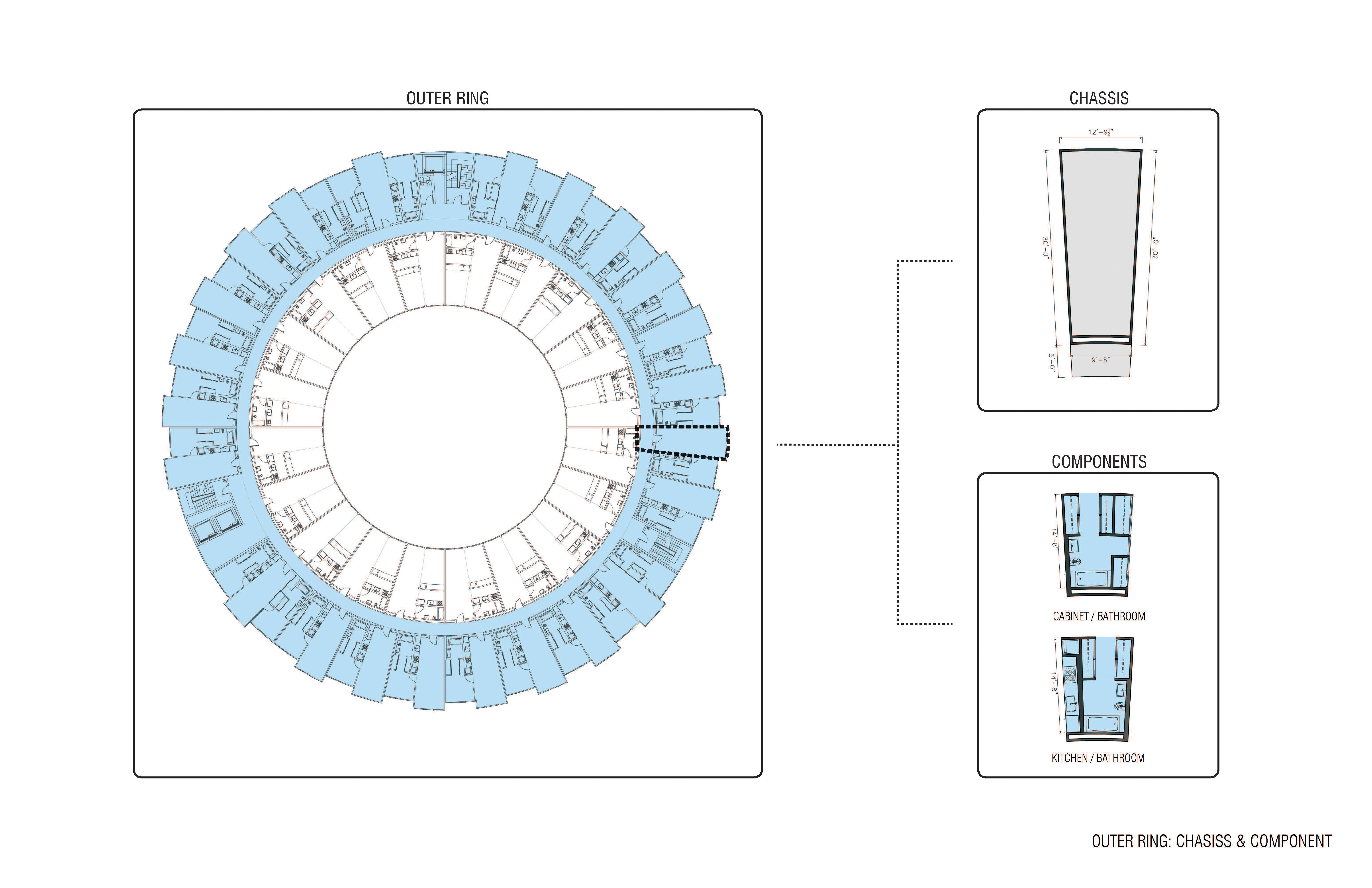 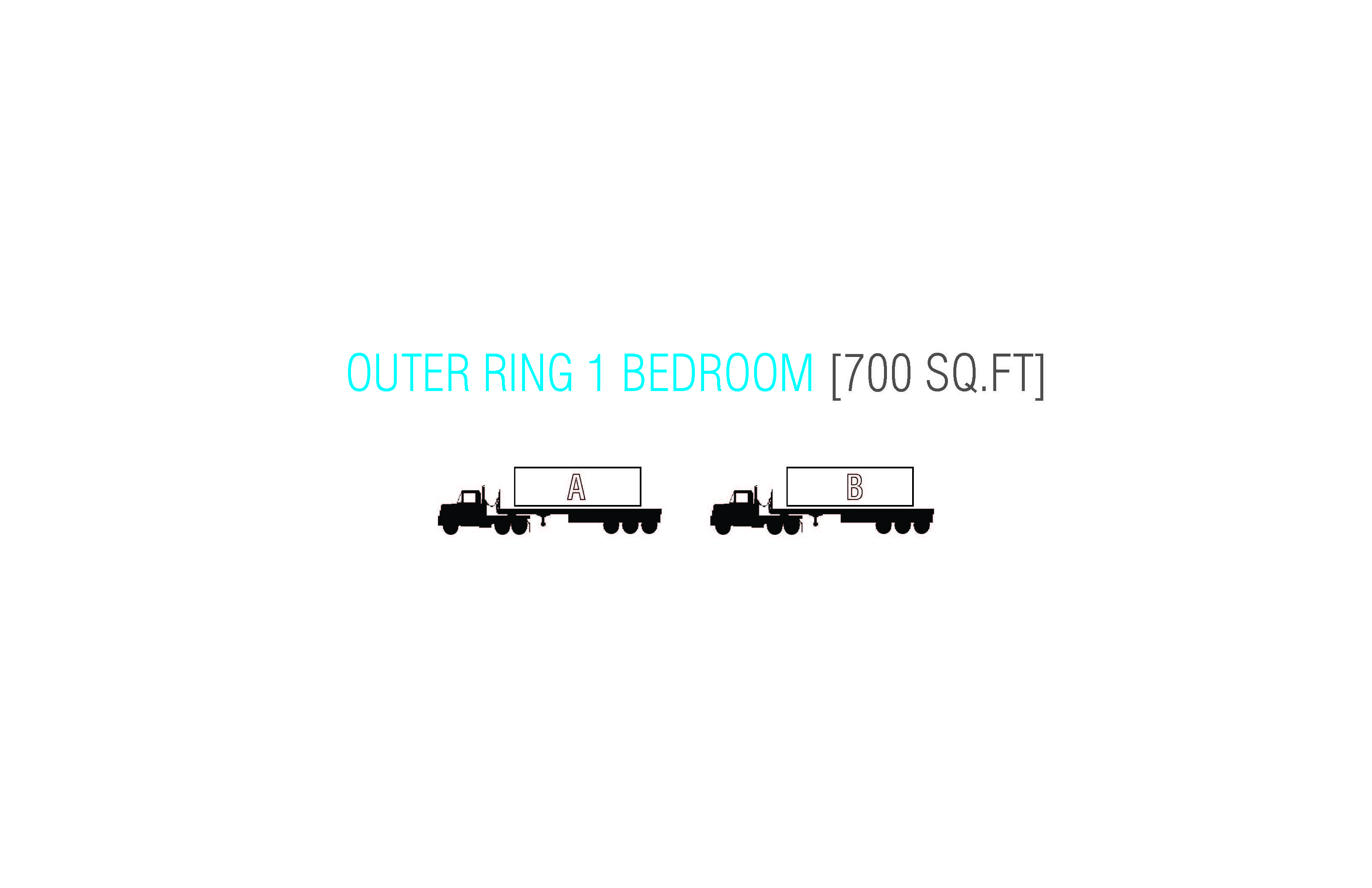 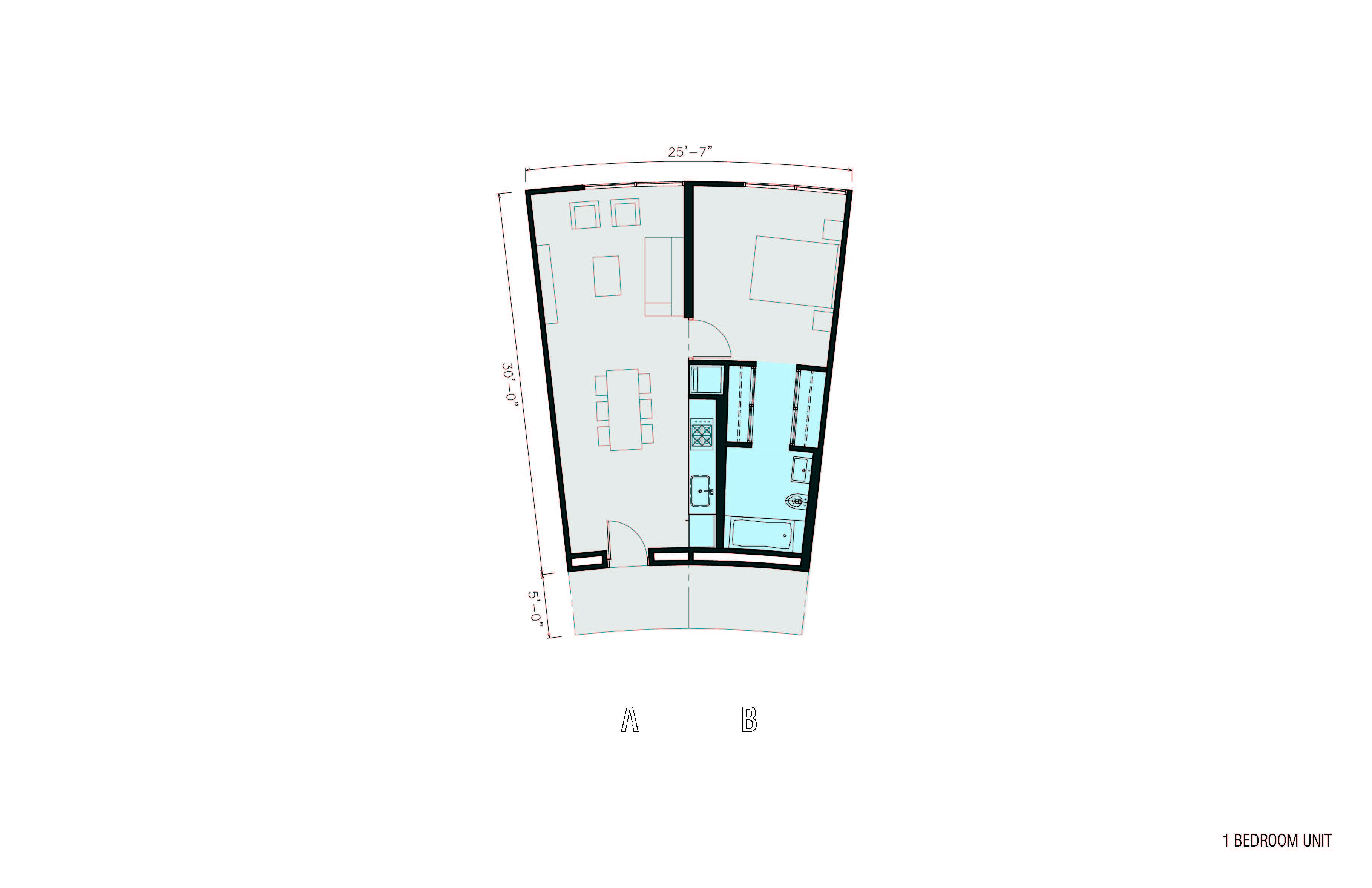 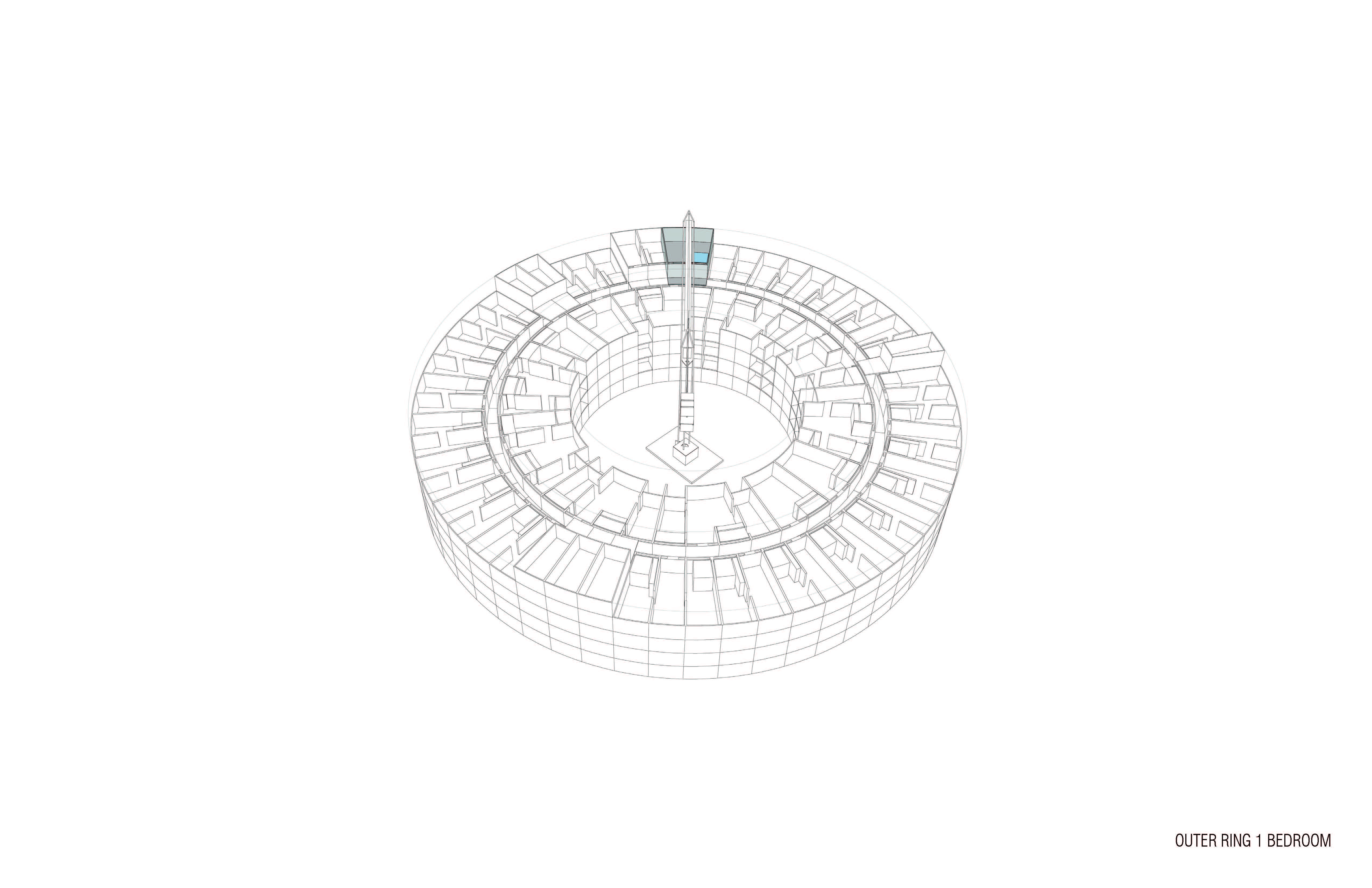 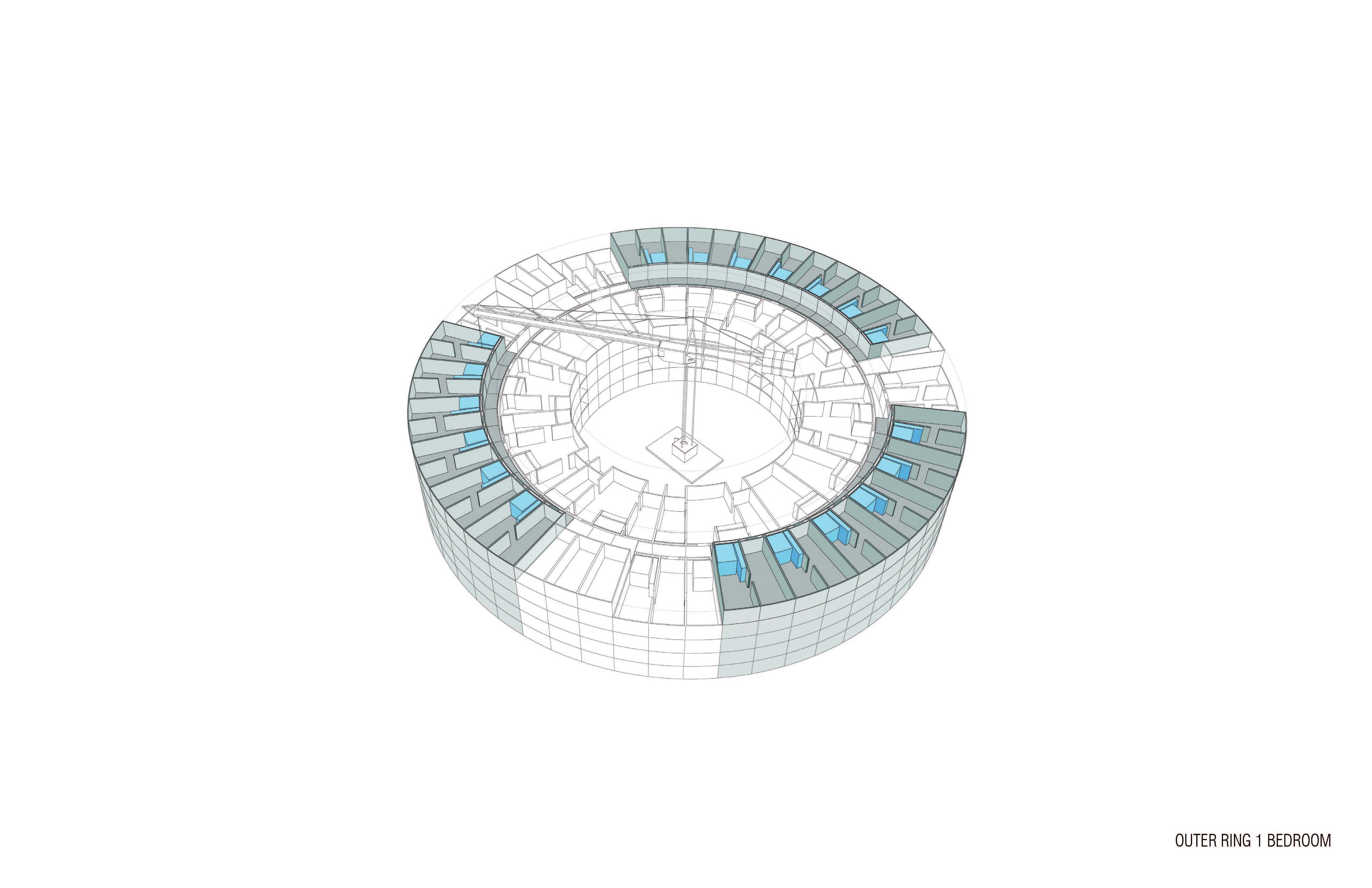 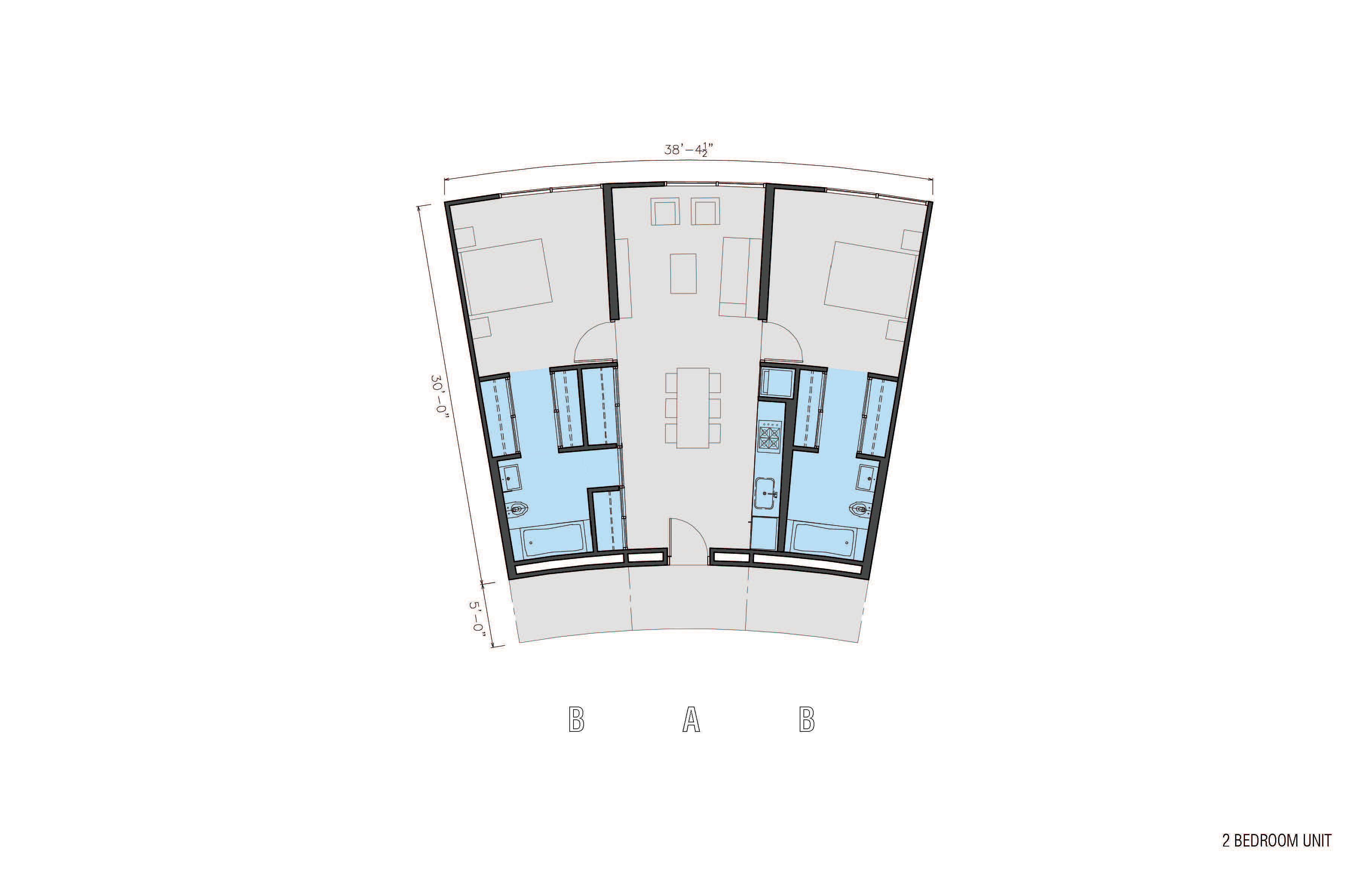 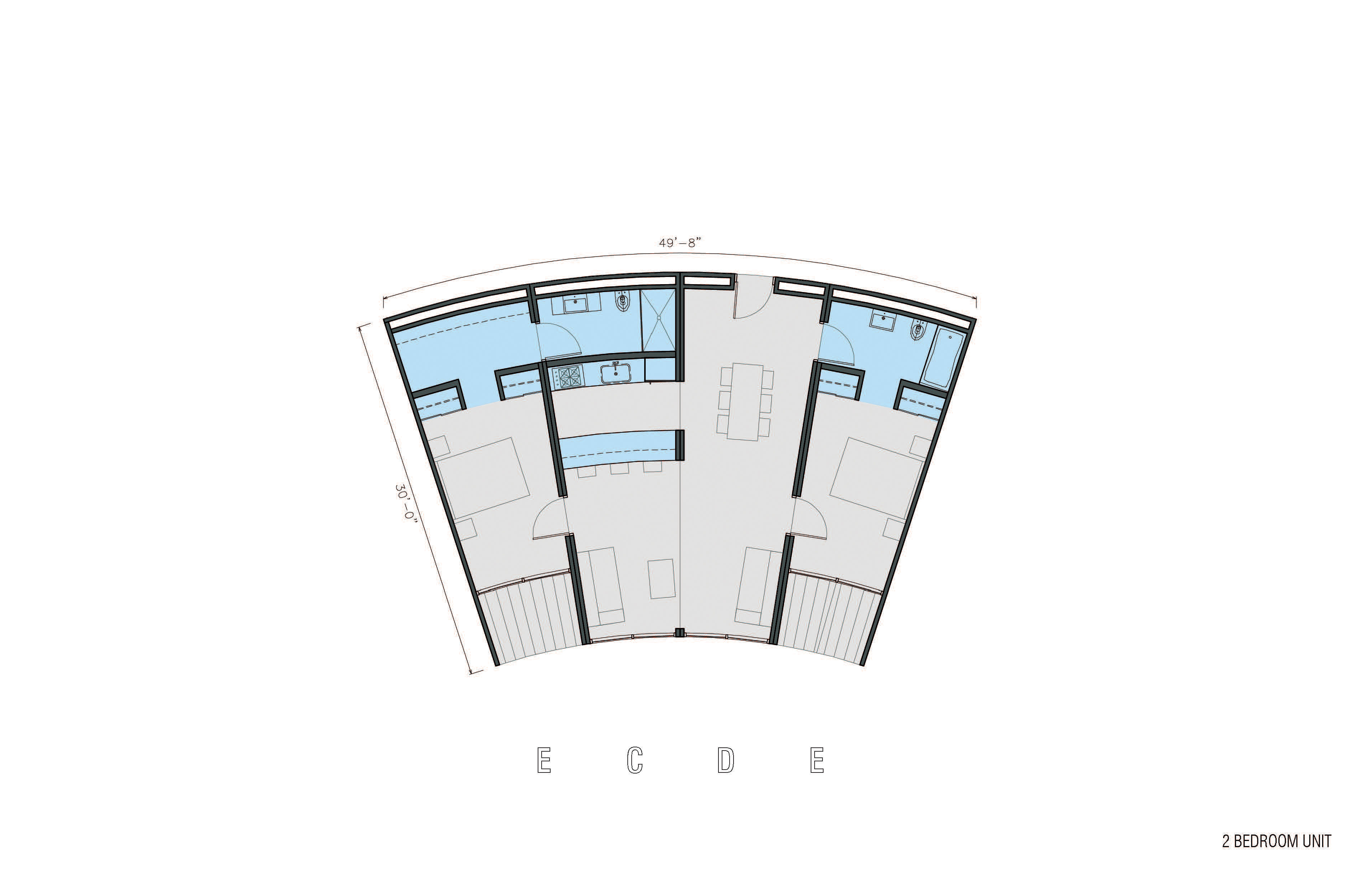 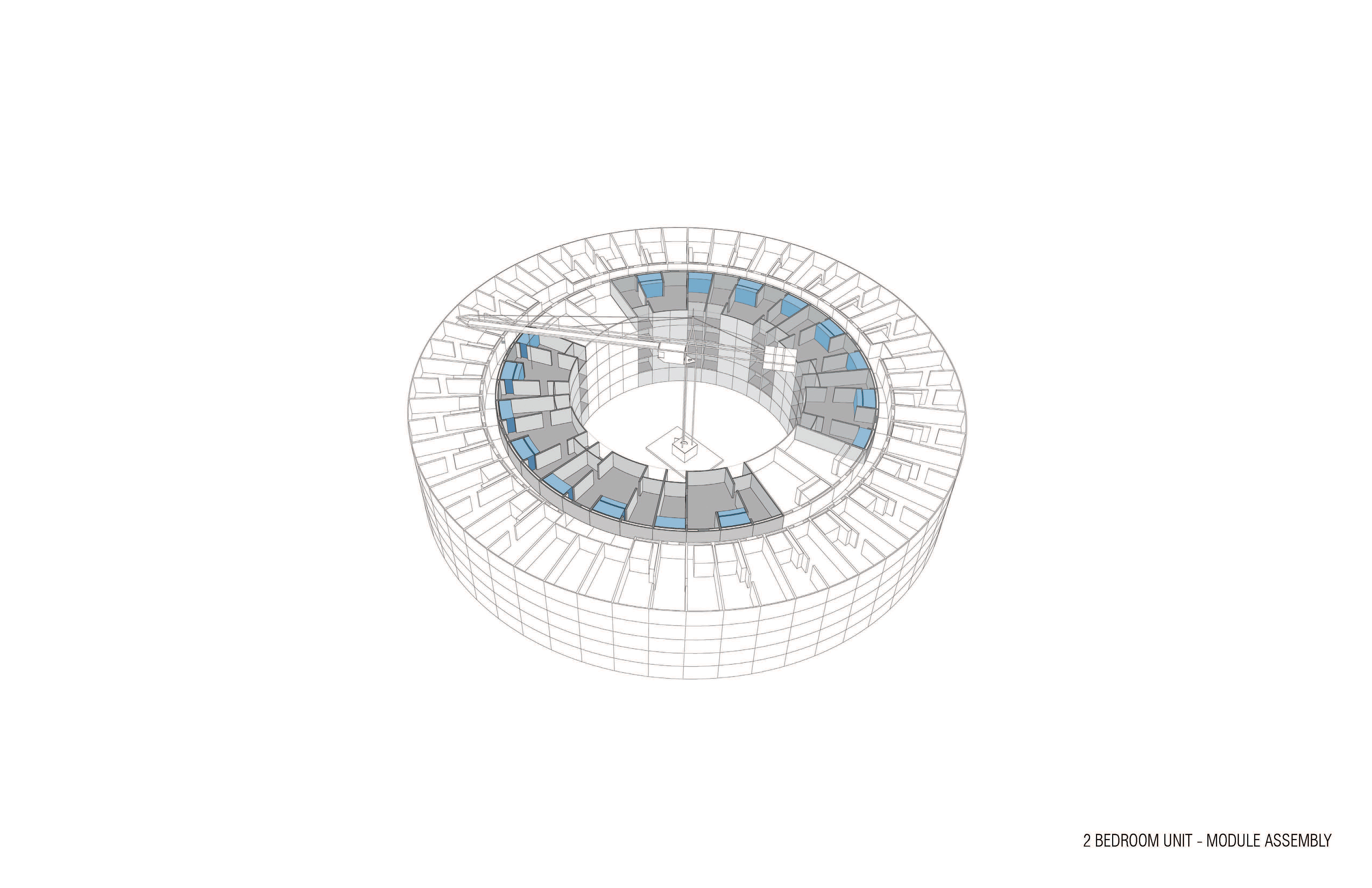 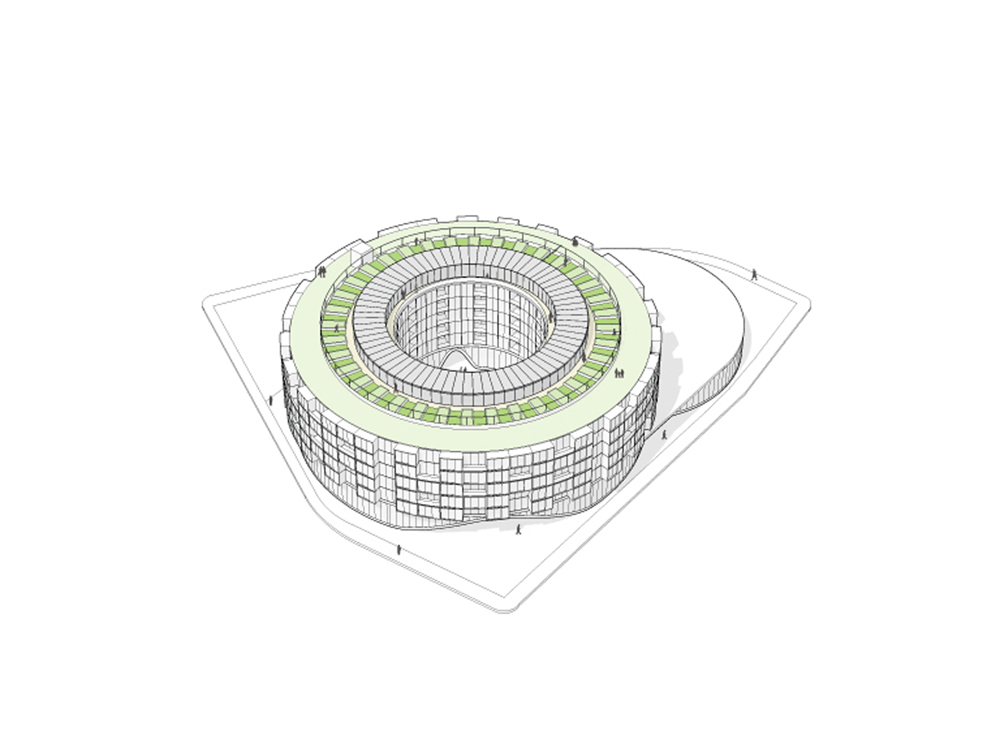 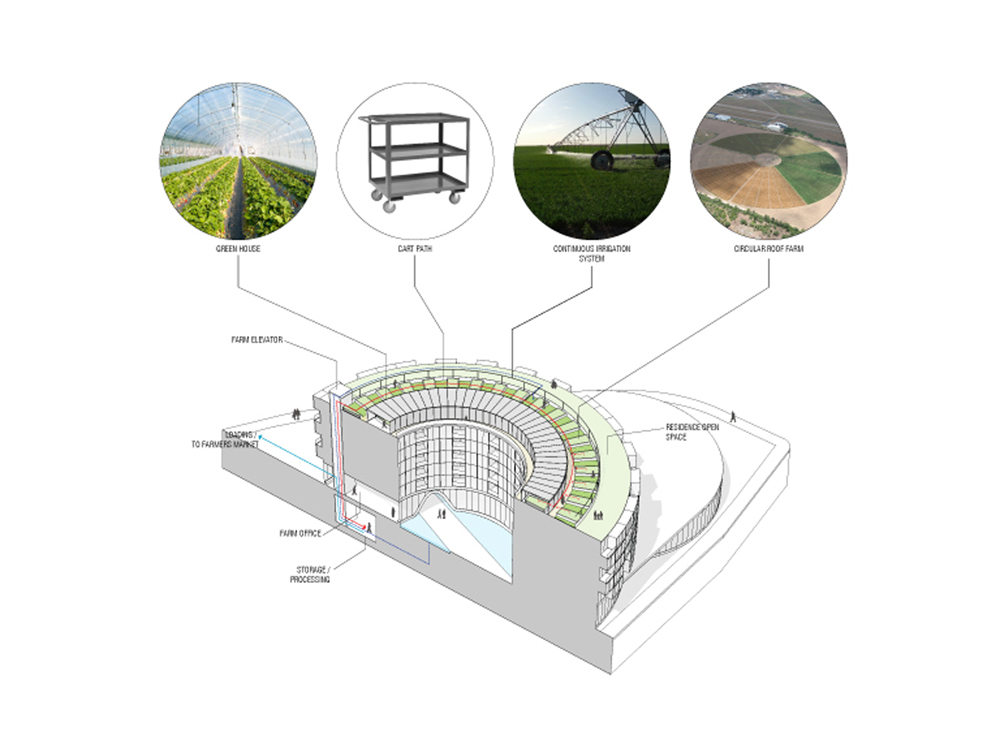 The importance of the intersection of three major connectors at Tamescal led to an interest in an iconic building which could distinguish this district as a memorable place in Oakland.

The complexity of the geometry of the site, the pressures from the surroundings, and the need to produce repetitive modulation that would populate it, resulted in the idea of a circle, a singular form to resolve the jagged and fragmented shapes left by the crisscrossing paths.

This circle ties the disparate elements of the intersection into a unified whole. The circle becomes the pivot and anchor of Tamescal, and a compelling image for the neighborhood.

The circle is made of a series of pie shaped modules which are regular and identical. One pie shape measures the outer and another one the inner radii. A series of repeated pieces make up the whole.

The inner and outer modules are all constructed from the same chassis, with modifications to the interiors with a set of components for bathrooms, kitchens and storage. They join to form a corridor with a continuous chase which remains open during construction to enable the MEP connections to be made so that the unit interiors have minimal need for on-site work.

The public spaces bridge over the lake as the entries to the project; on the main corner are paths to the grocery store and residential lobby; on the other, the farm office and elevator and grocery store.

The podium beyond the circle drops to the scale of the residential streets, wrapped with walkup townhouses. The rooftop is a residential amenity area with pools, bbq’s and outdoor lounges.

Parking is a single level basement connected to the central lake with a semi-circular ramp. Self- parking for the commercial follows the circle with bicycle parking within; residential parking is in a controlled area with mechanical stackers.

The rooftop is dedicated to farming, with circular greenhouse fields reminiscent of center pivot irrigation of the Midwest, a ring of outdoor fields, and a continuous cart path. Above a circular watering system rotates around the crops. A dedicated elevator connects the rooftop farm to the first floor office, as well as basement truck access and storage. The outermost rooftop ring is common garden amenities for residents.

Tamescal is a neighborhood in search of an image, a place where paths connect and axes crisscross to create a hub which is finding its own unique character. This building will become a marker and icon, tying together the crossroads, the creek, the streets, giving form to a new whole.

This building becomes the image of Temescal in Oakland.