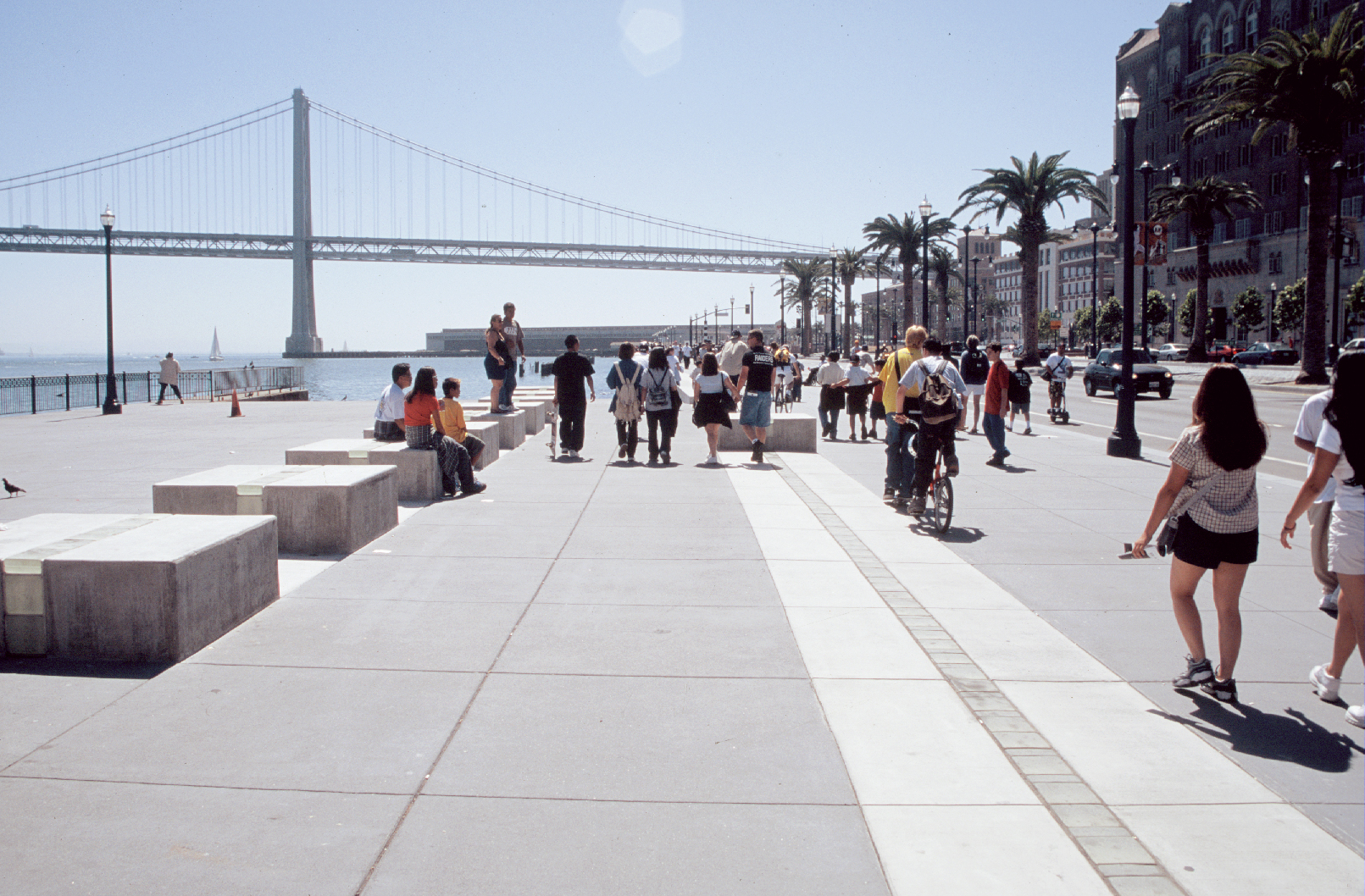 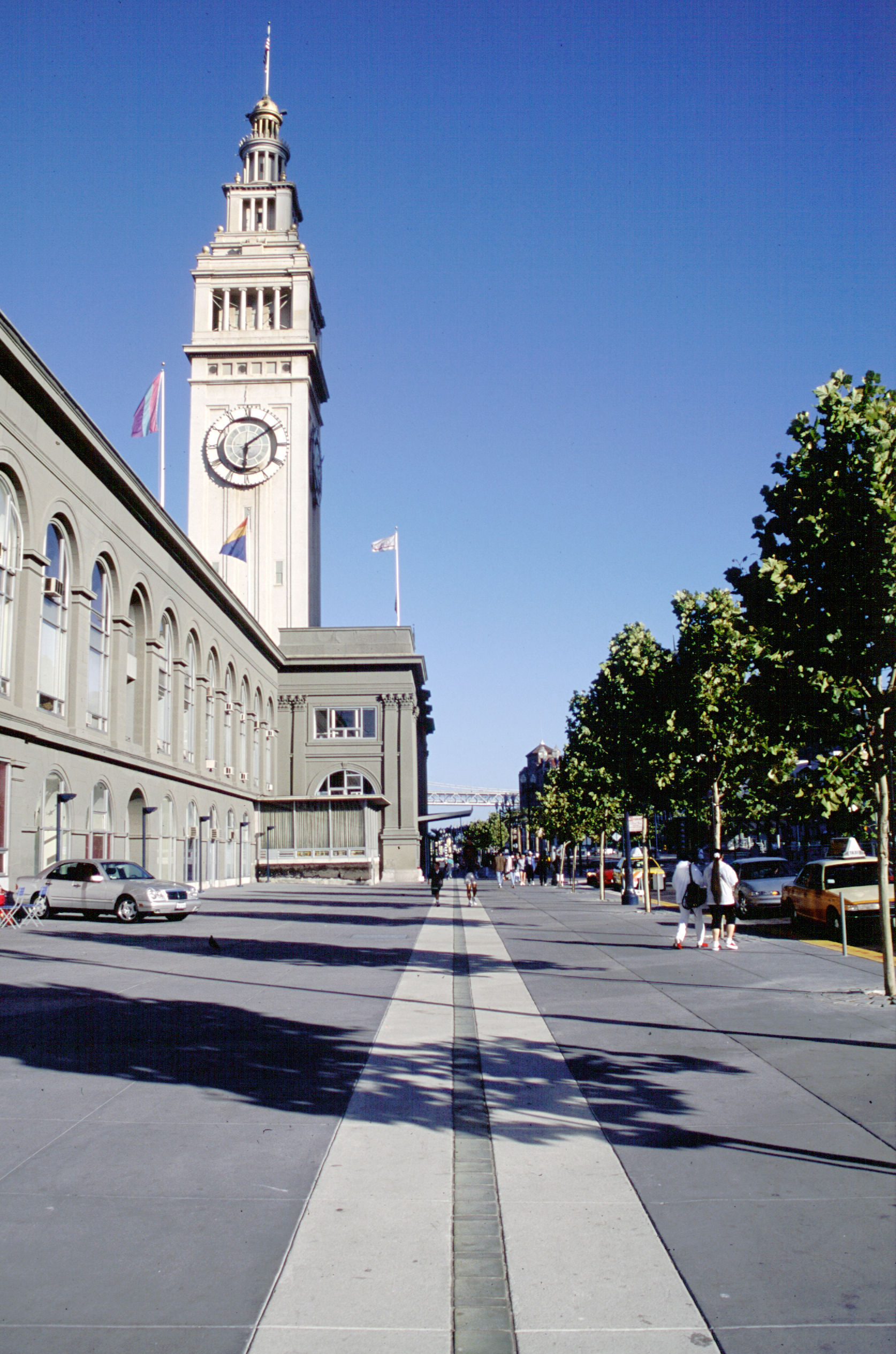 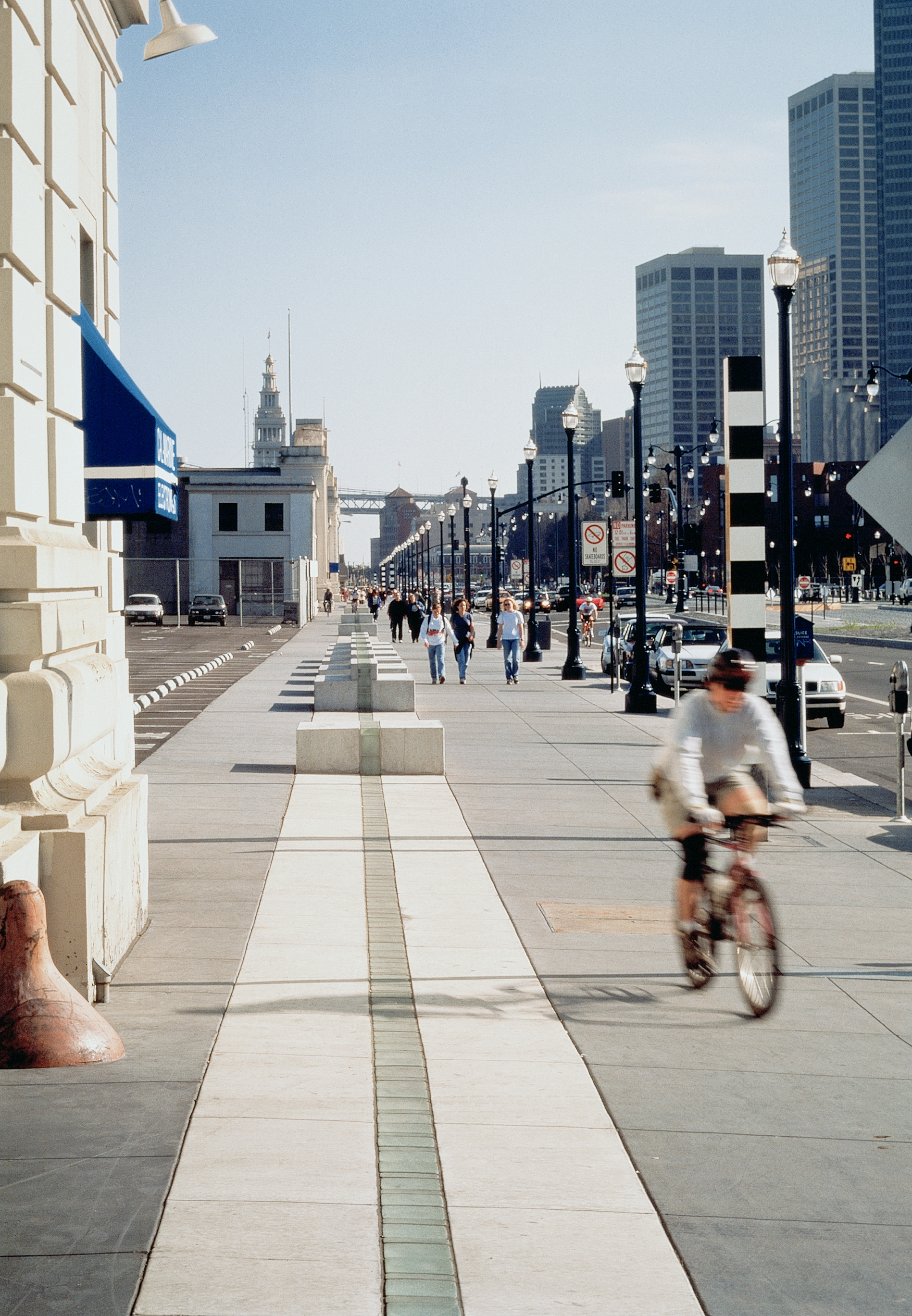 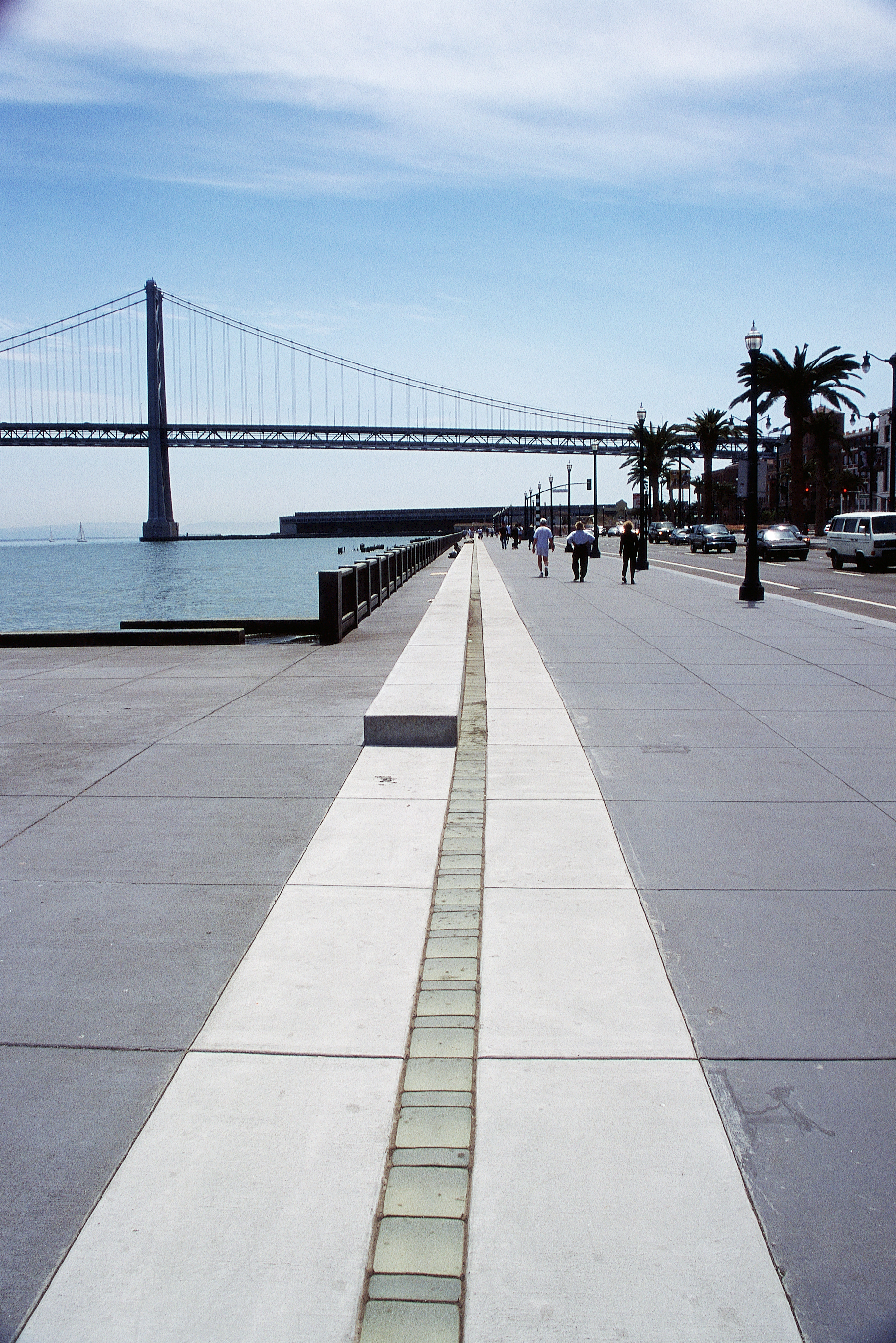 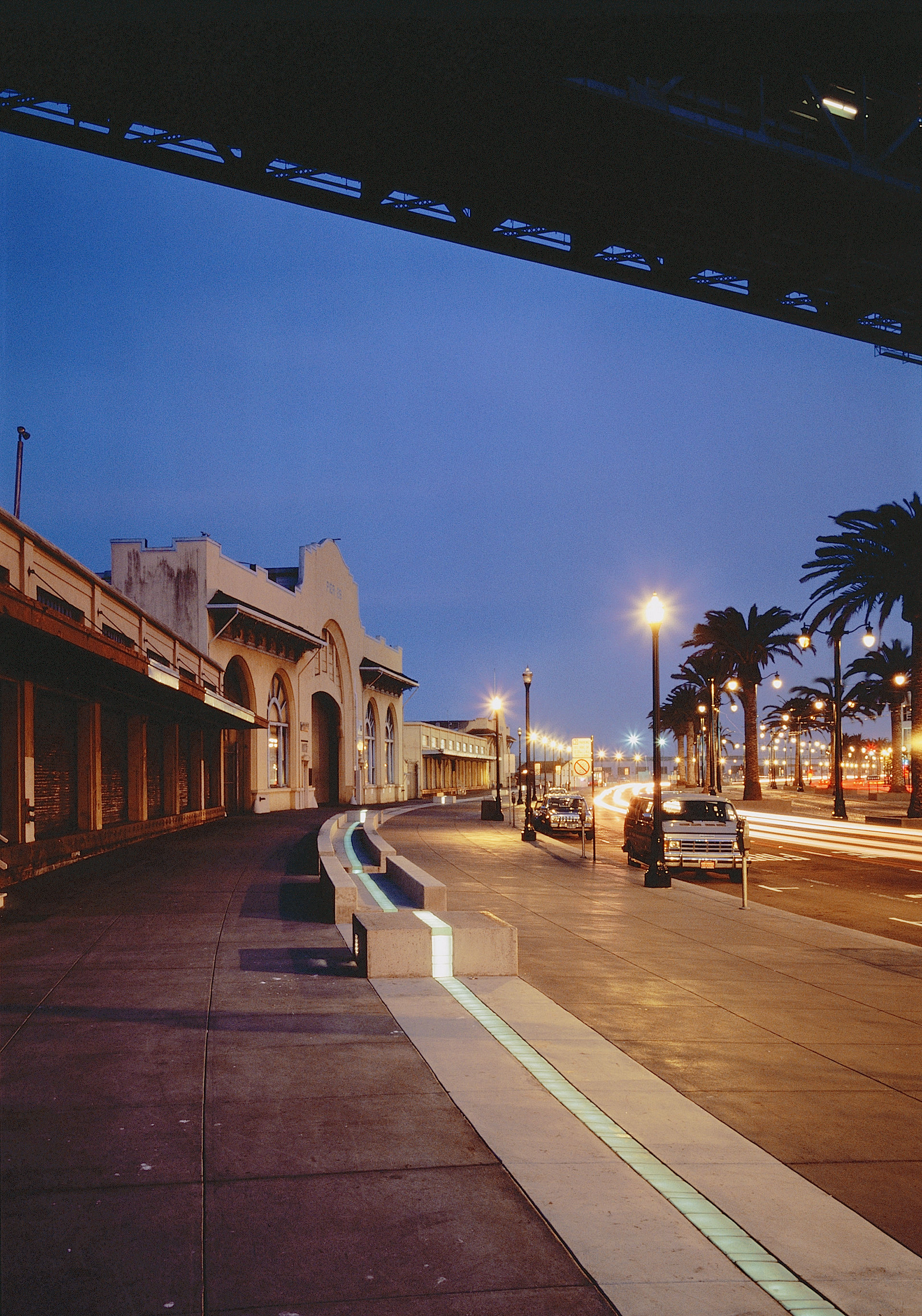 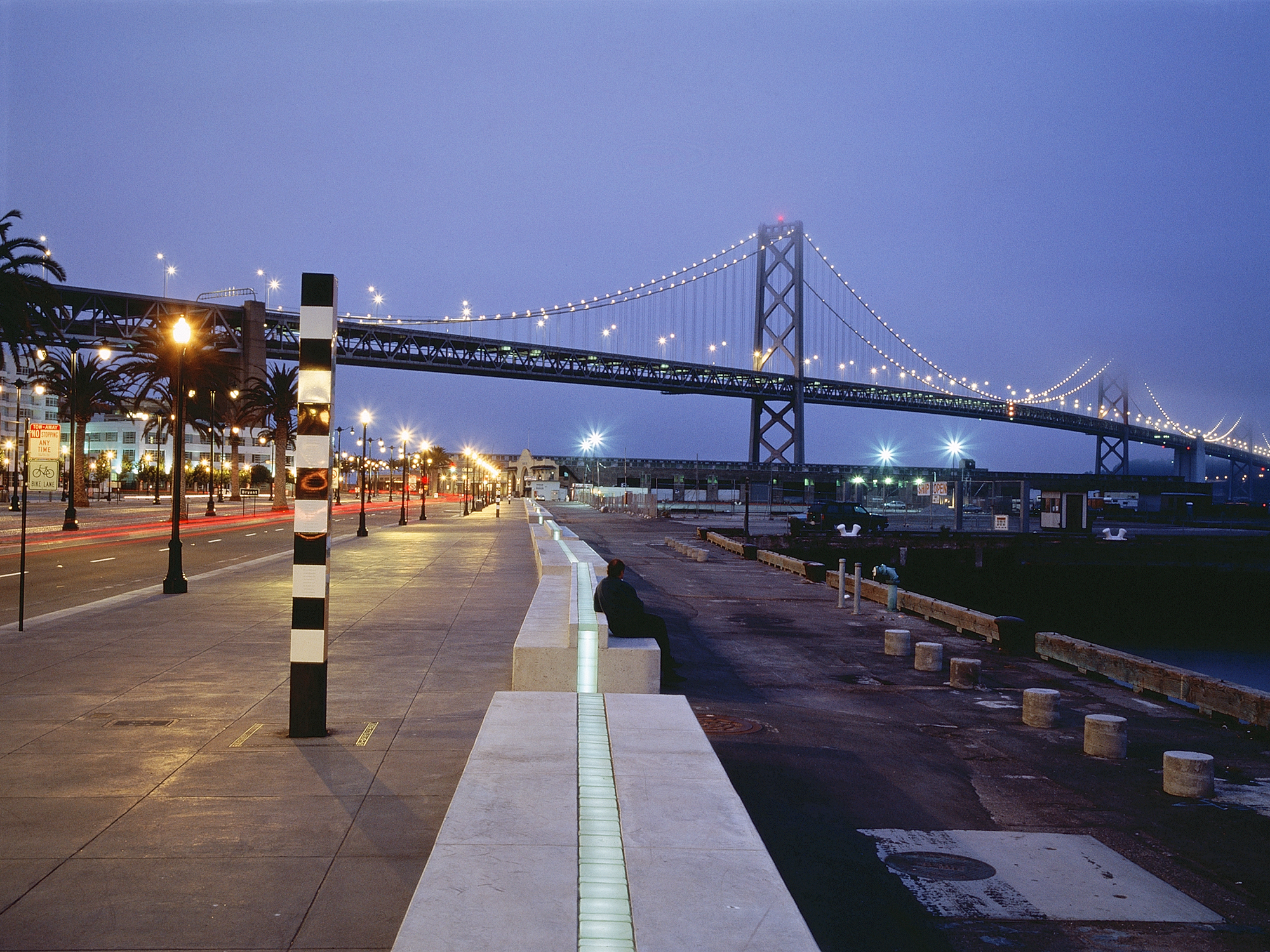 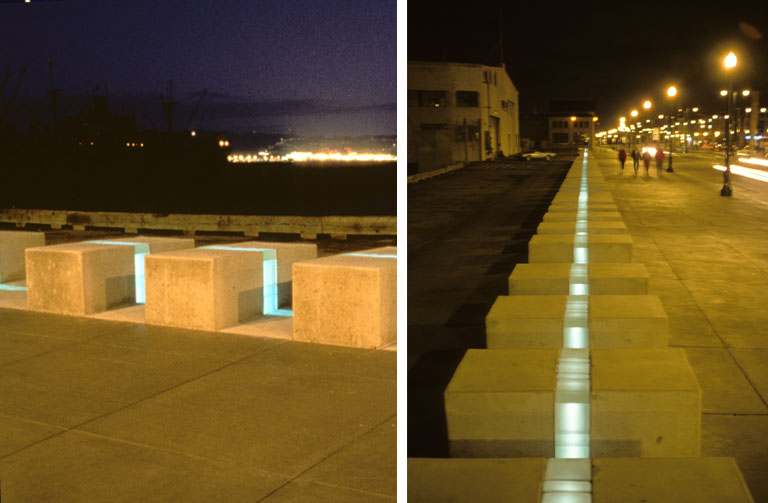 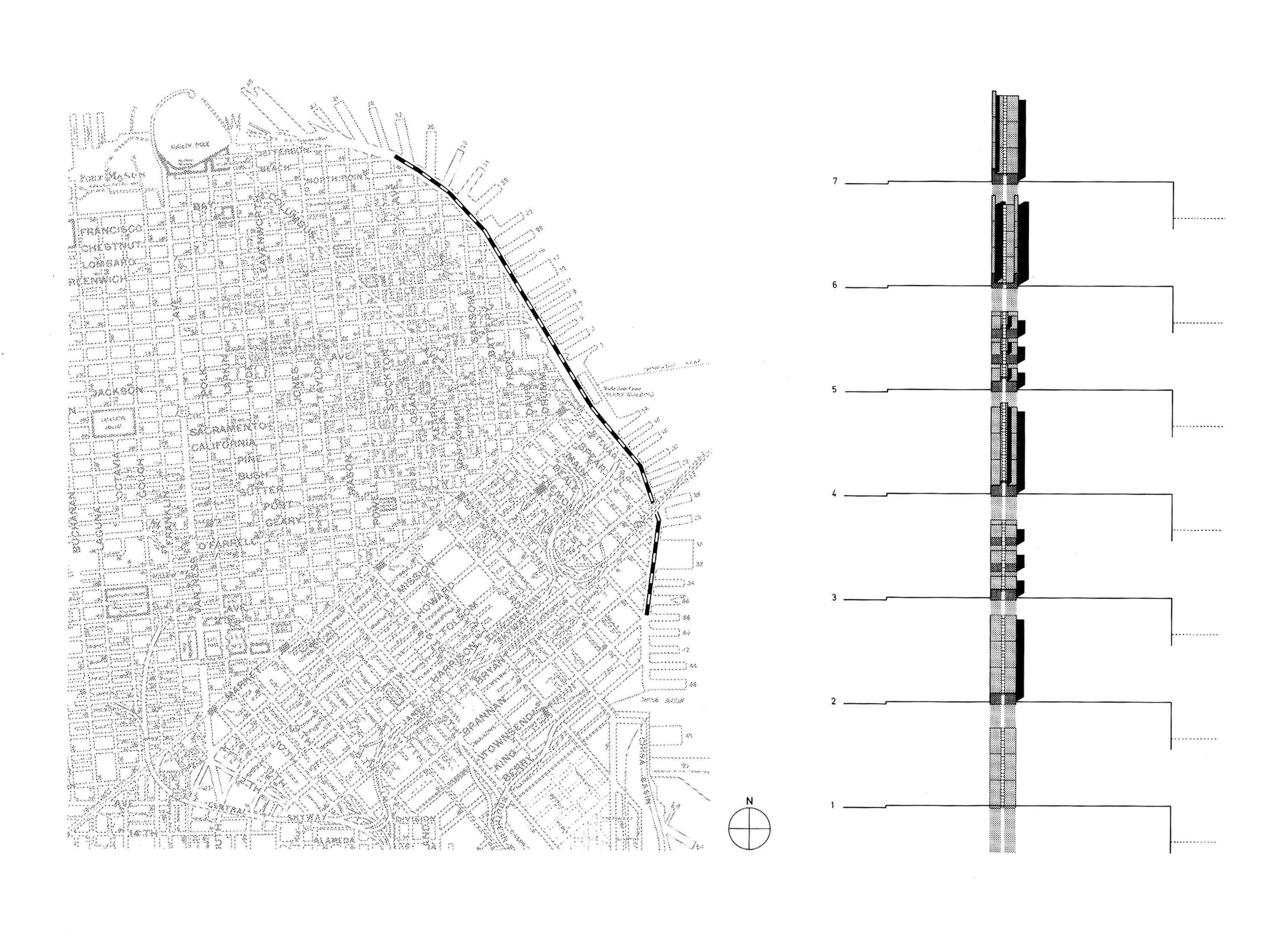 The Embarcadero ribbon is a line at the edge of the city, a line that borders the city, a line to walk at the edge of the city. It is a strip of white concrete, five feet in width—the same size as the grid of the promenade—and two and a half miles long, marked in the center with an eight-inch glass strip. This strip is the pedestrian equivalent of the white traffic stripe that instructs automobile traffic on roadways; here it provides directives and opportunities for people walking the promenade.

Chameleonlike, the ribbon transforms as it slides along the water’s edge of the city, sometimes rising from the pavement to become a wall, or a bench, or a solid mass that serves as tables and seats, or a path incised between two walls, or bollards that protect the promenade from cars. These transformations mark particular places along the length of the ribbon, moments when views of the water appear, or the city is sliced by a street, or a café spills out.

At night, the glass strip at the center of the ribbon is lit with fiber-optic cable, becoming a stream of Ribbon Variations light reflecting the San Francisco Bay, cuing the journey along the city edge. The third phase of the ribbon is the section in front of the Ferry Building;
Roma Design Group developed the new striped plaza, and my office designed the Muni Station. Two roofs carry the striped landscape from the plaza into the air, acting as arrows, pointing in the direction of travel, clarifying information in this dense urban landscape.