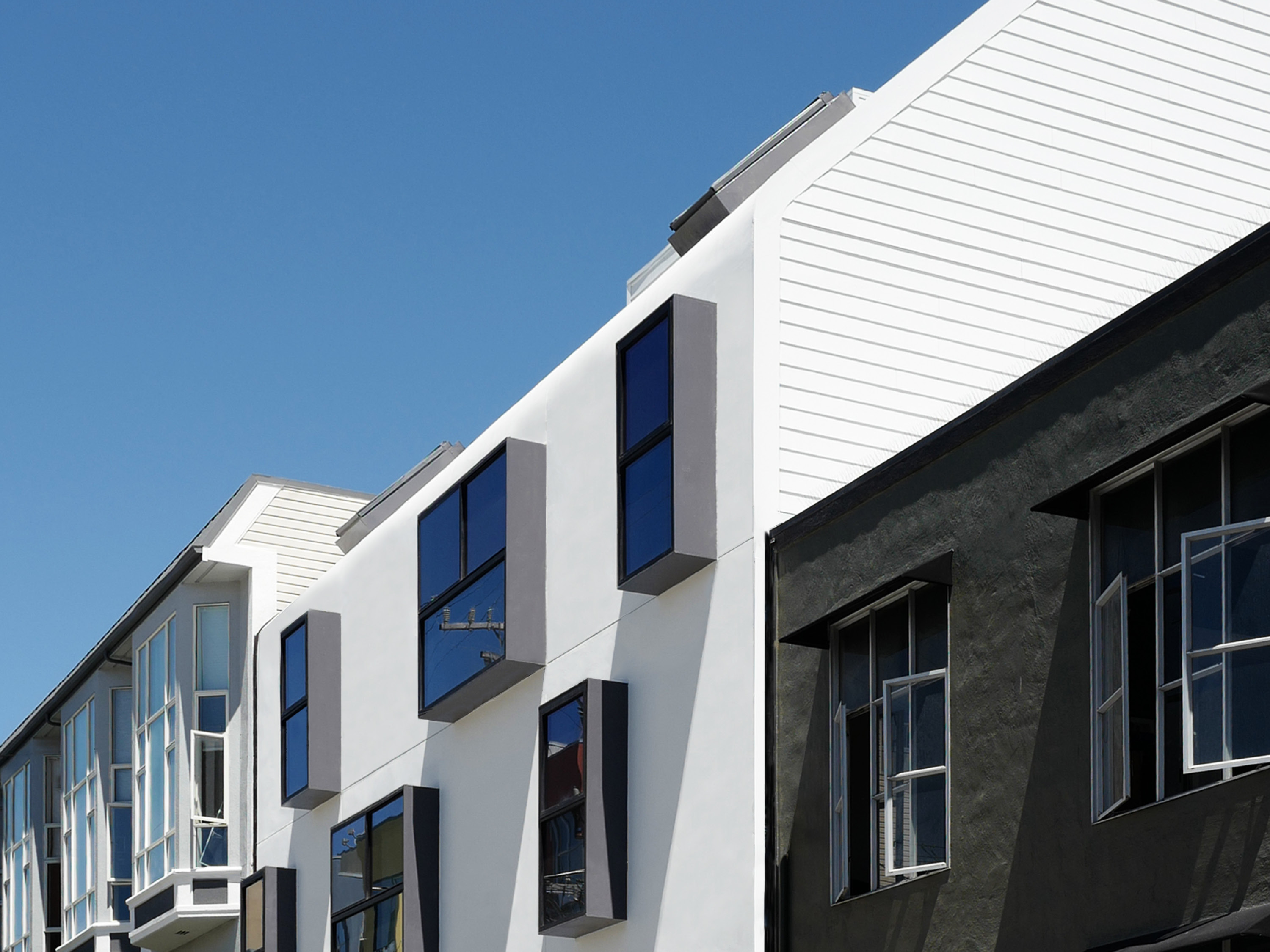 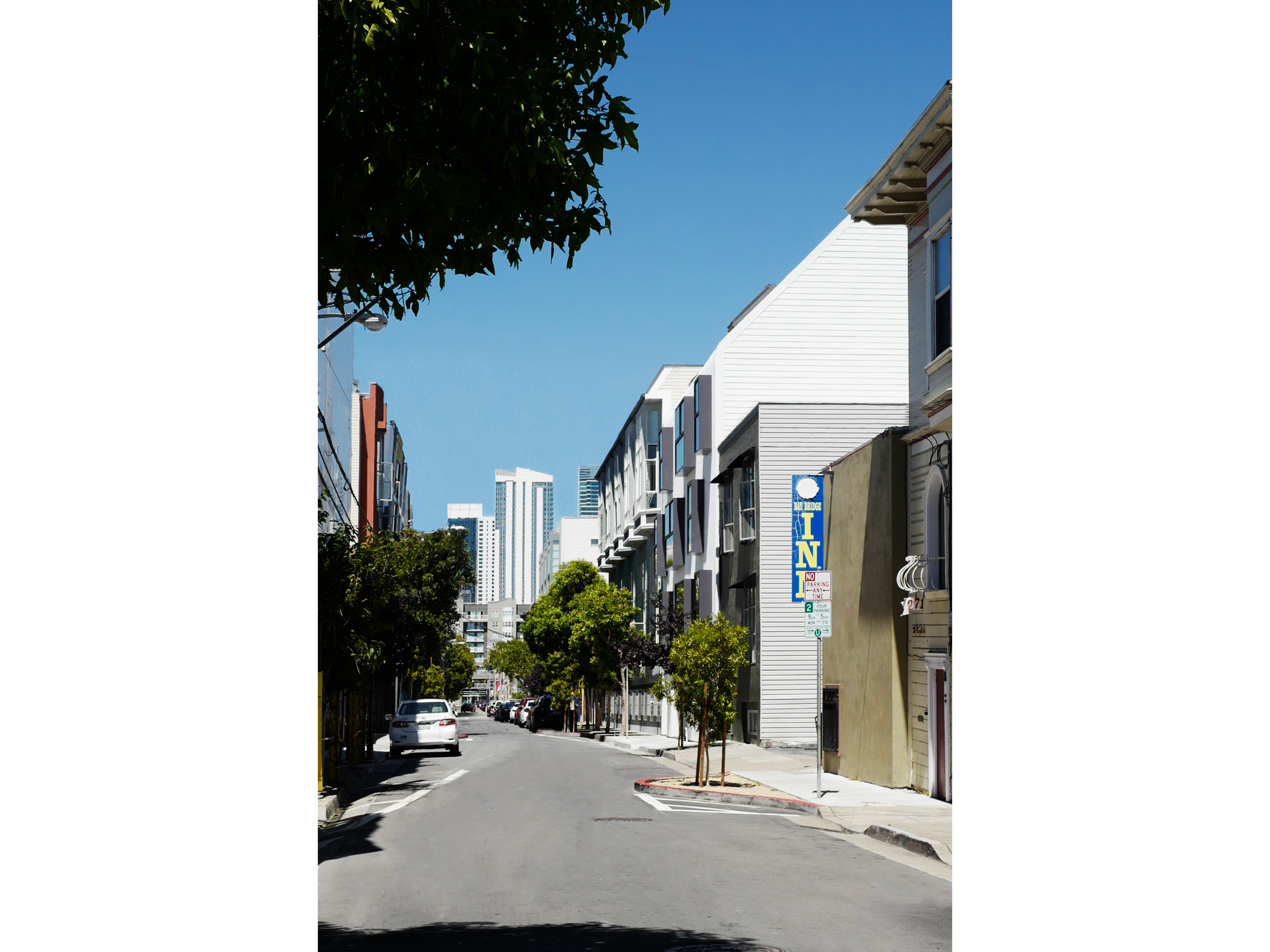 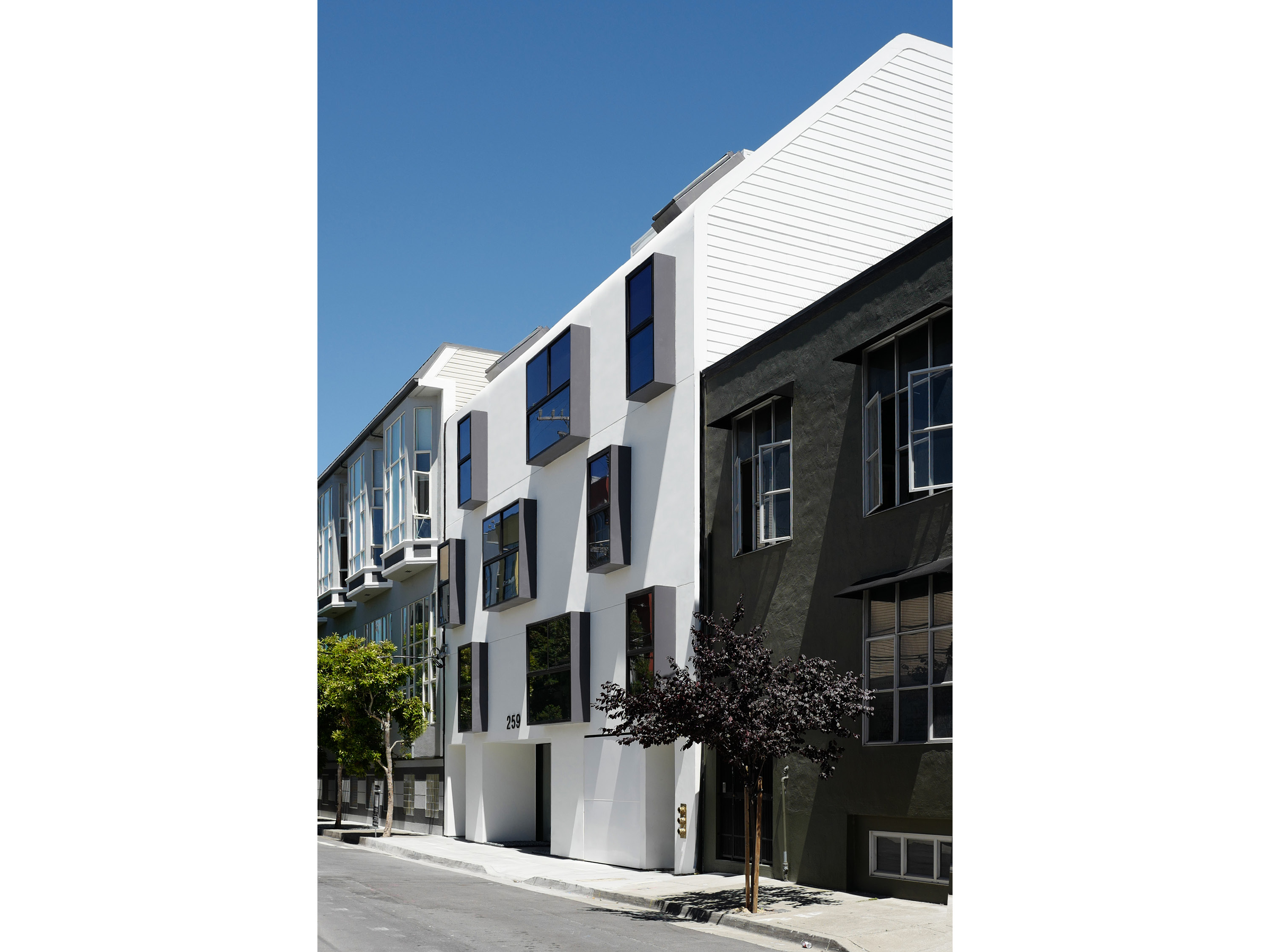 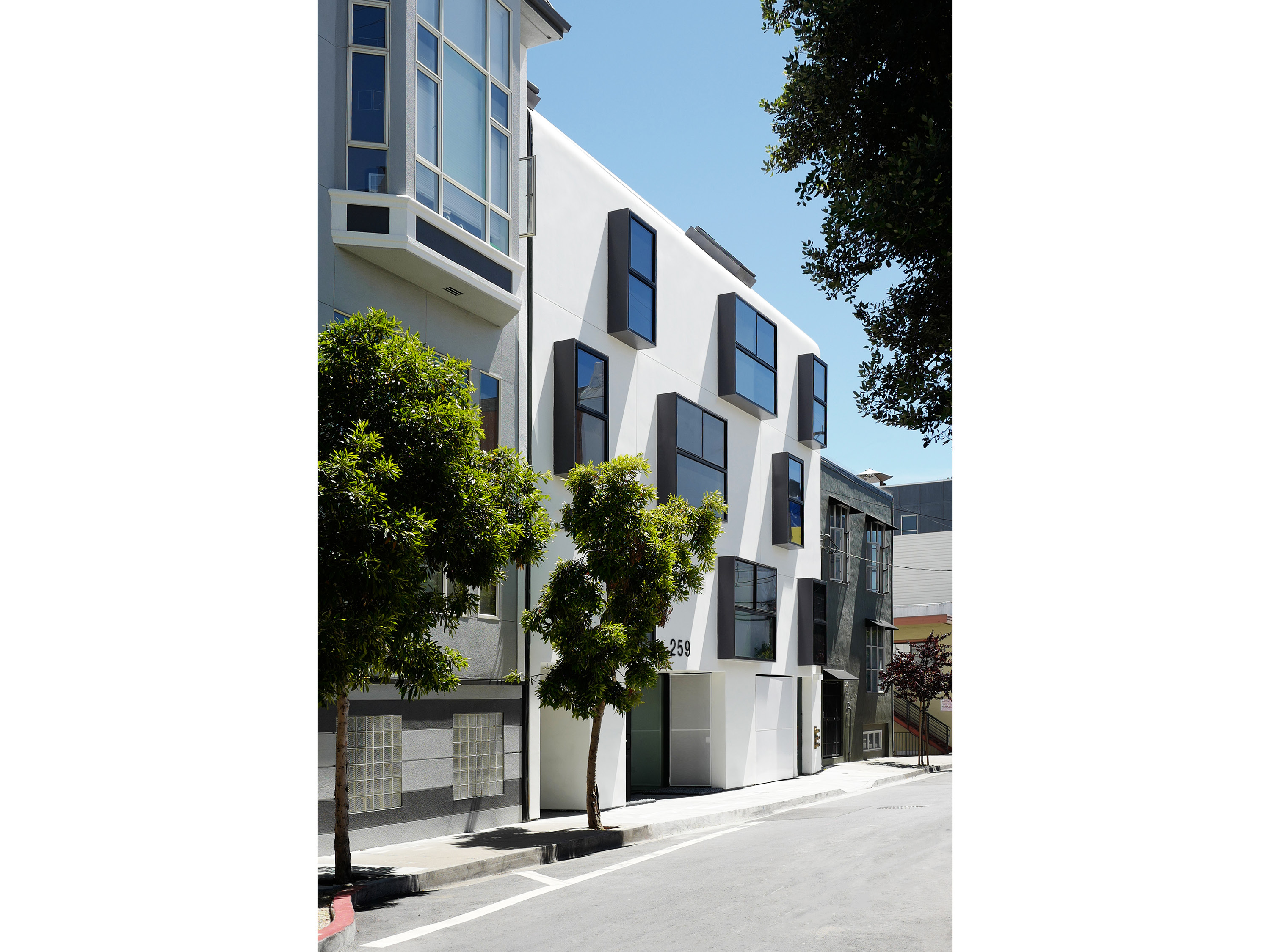 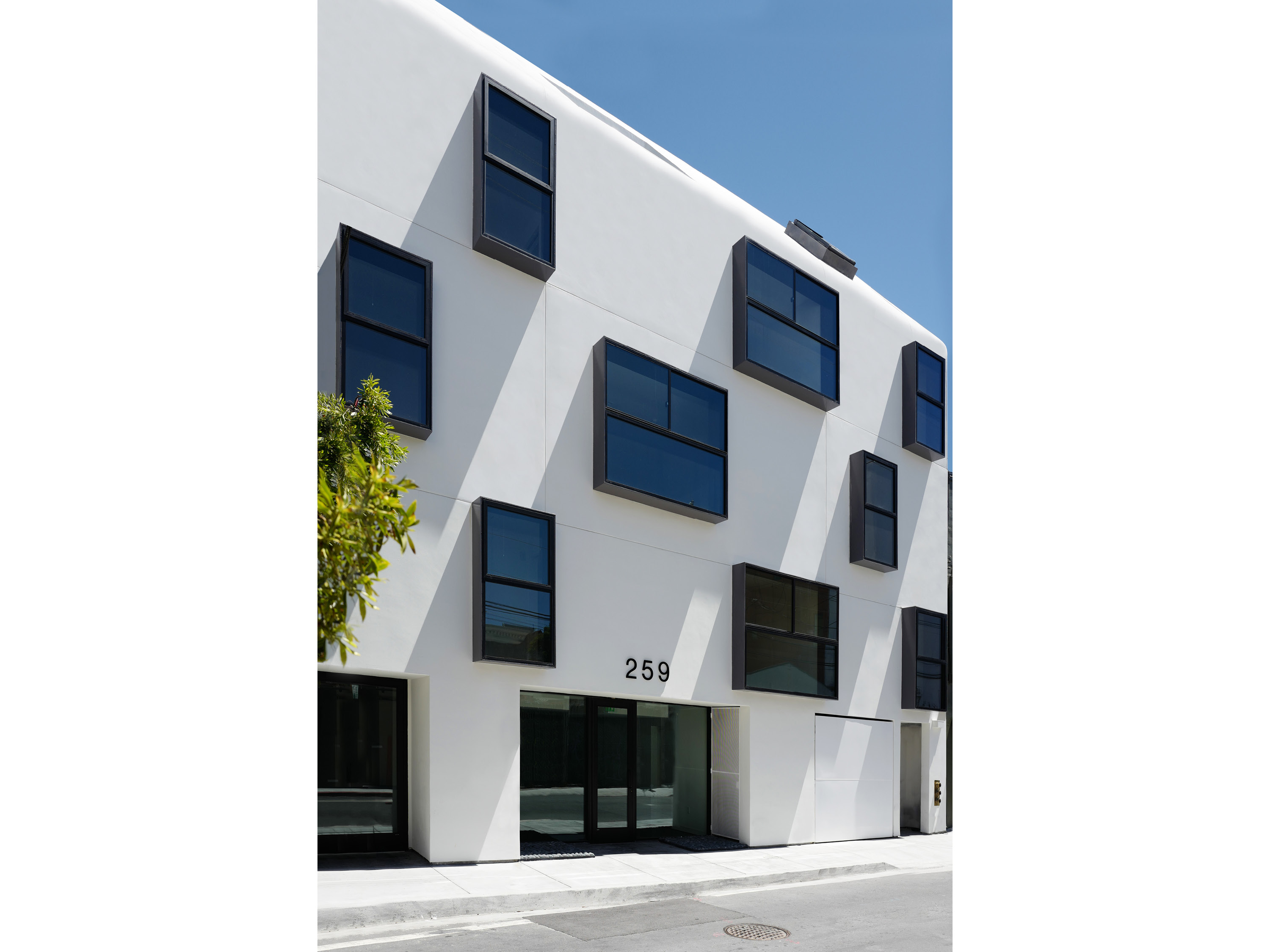 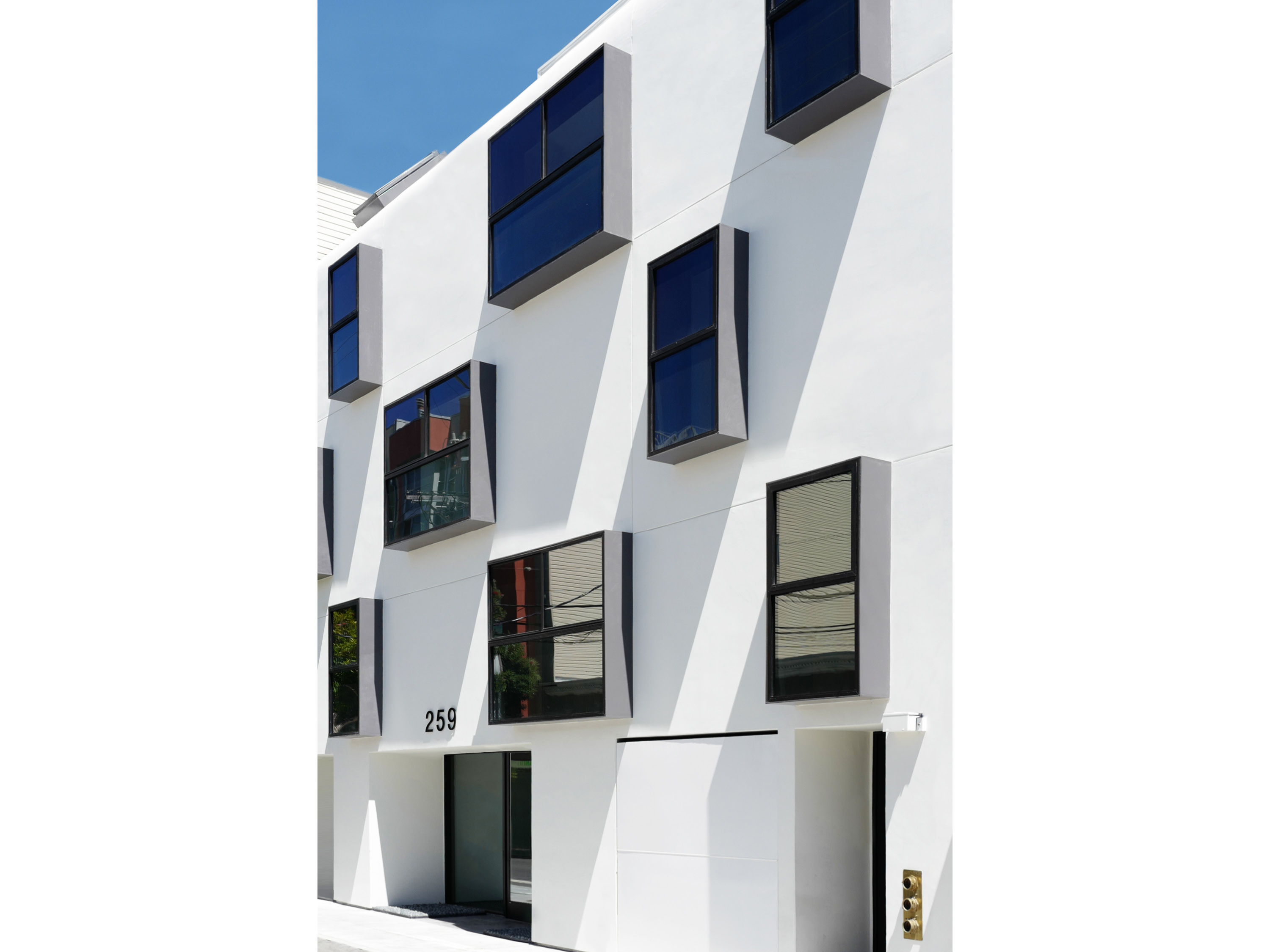 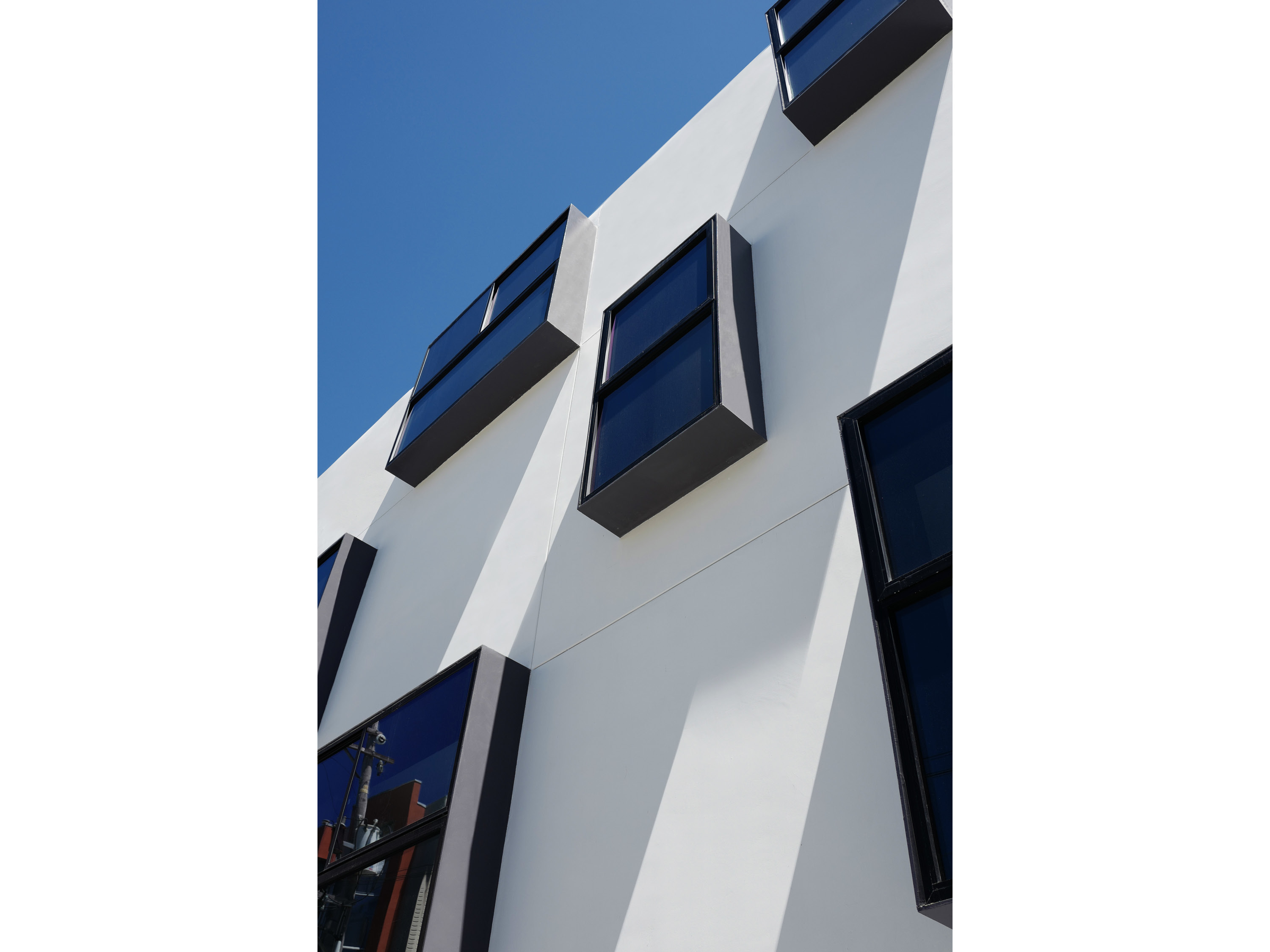 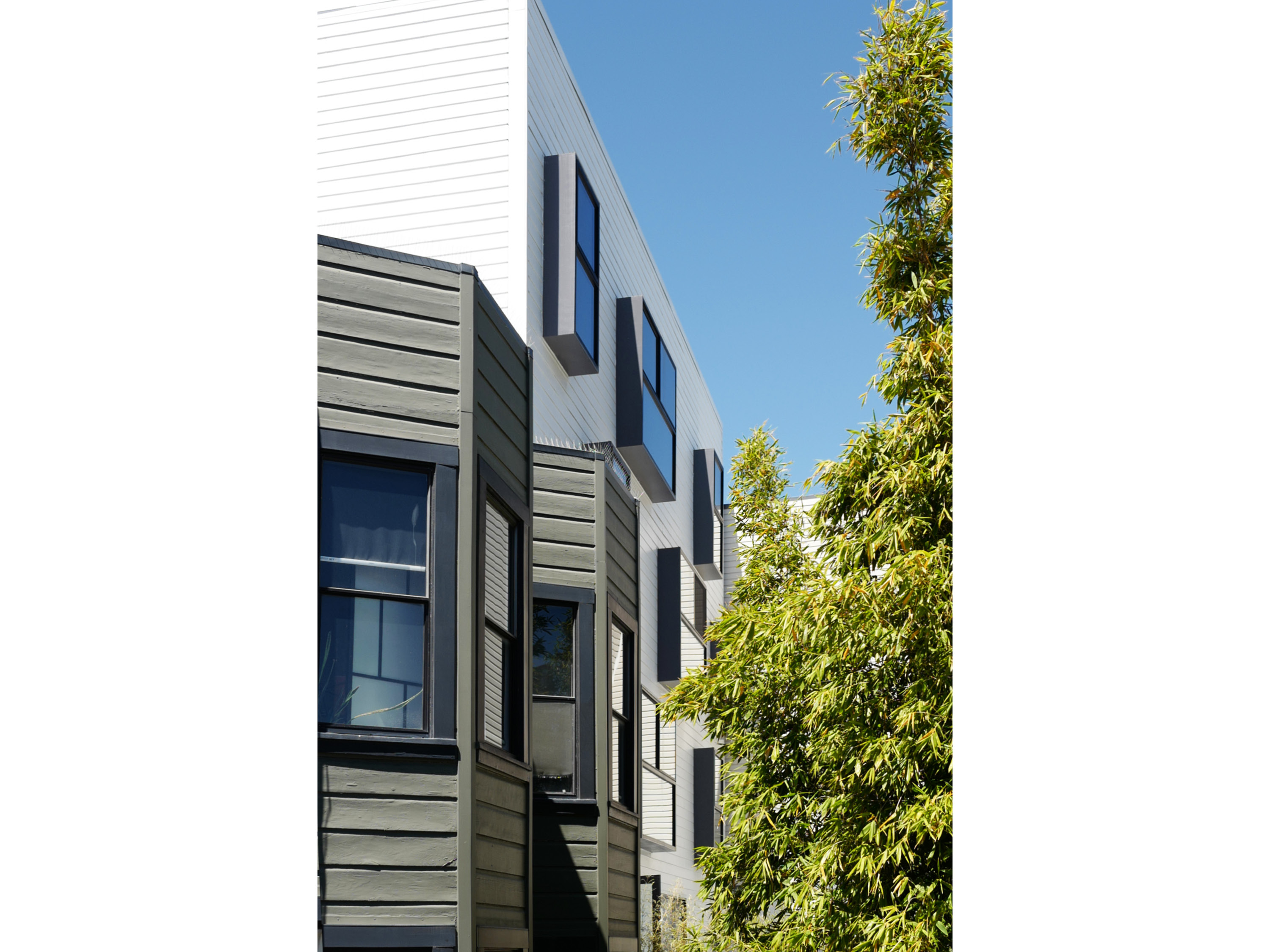 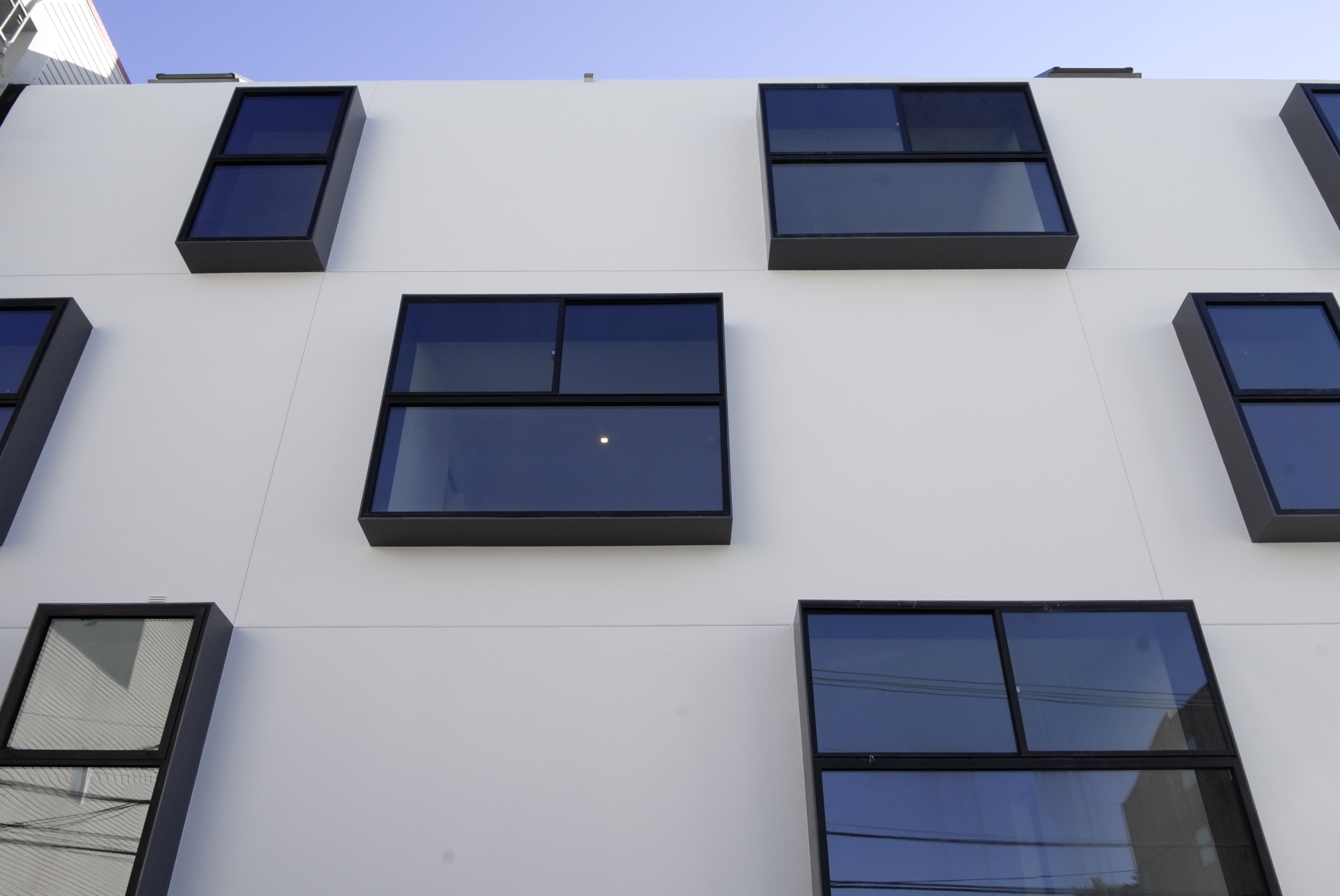 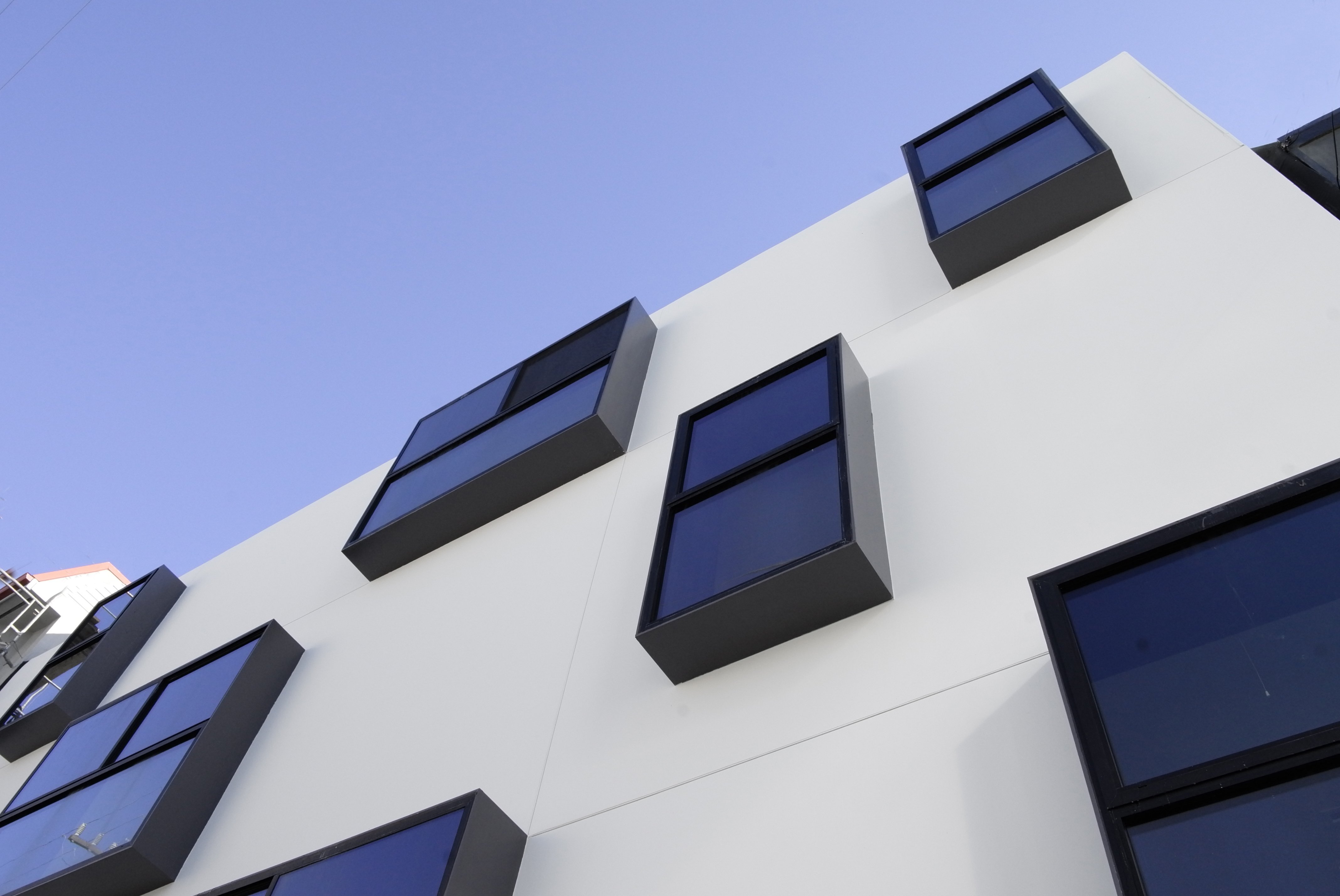 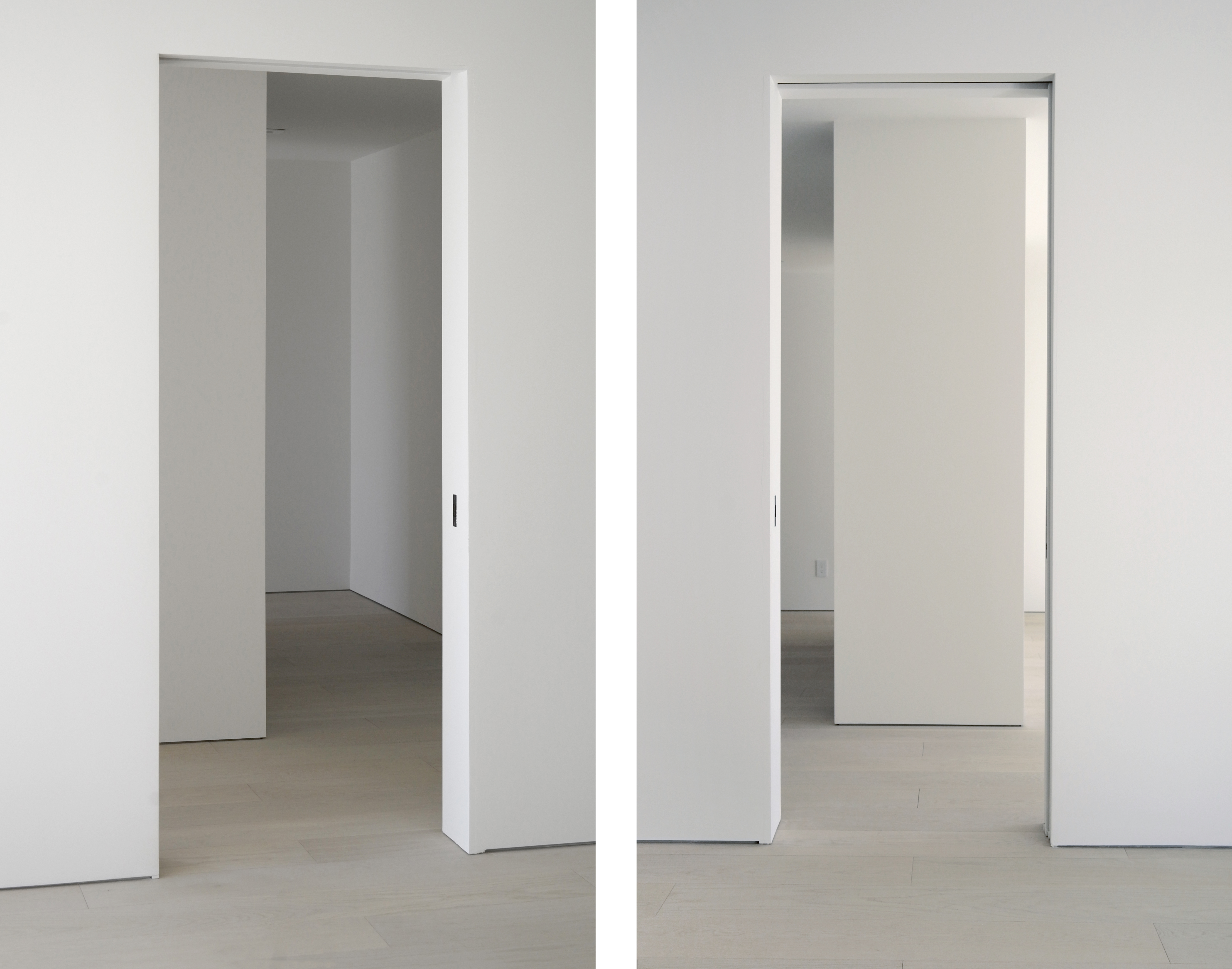 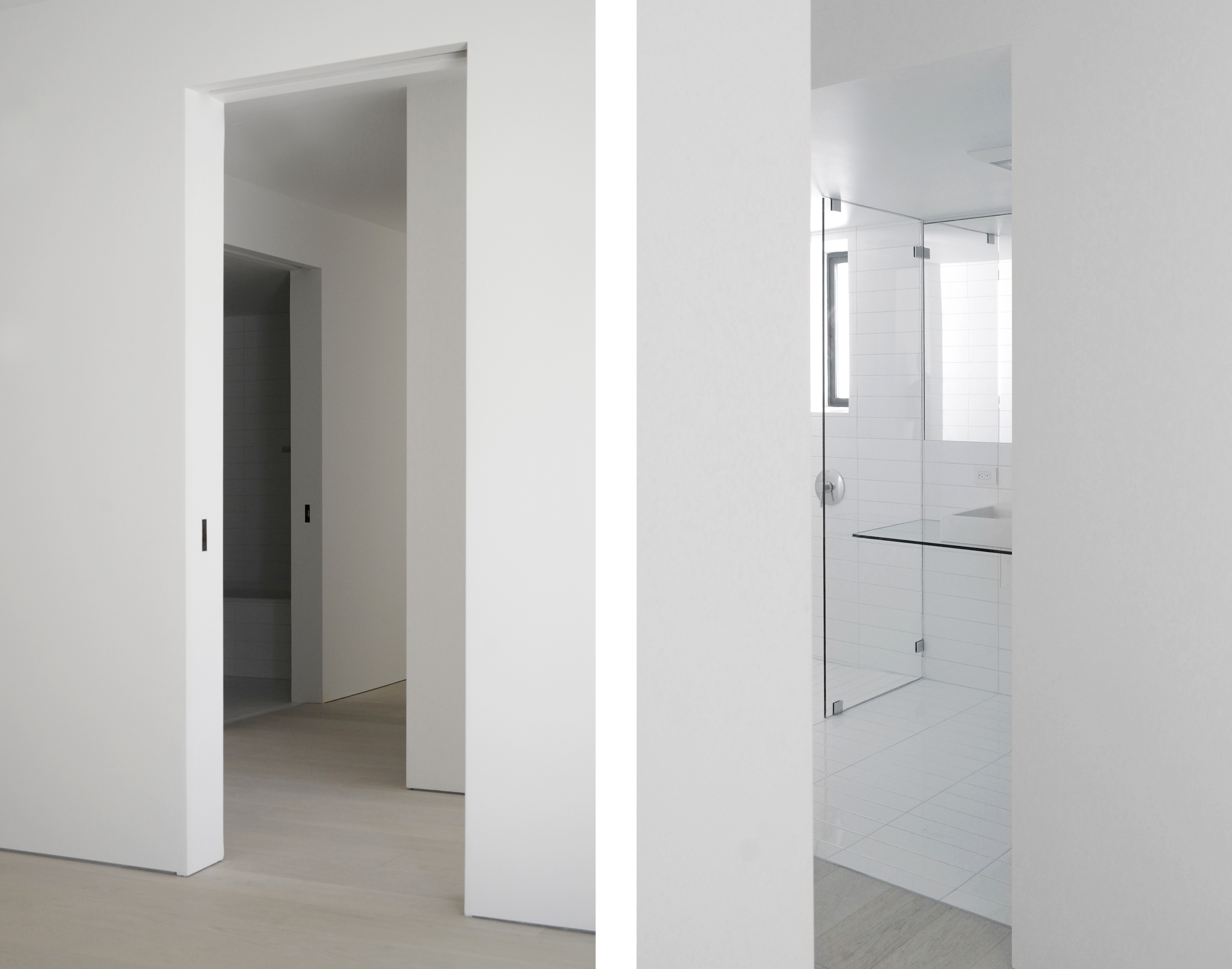 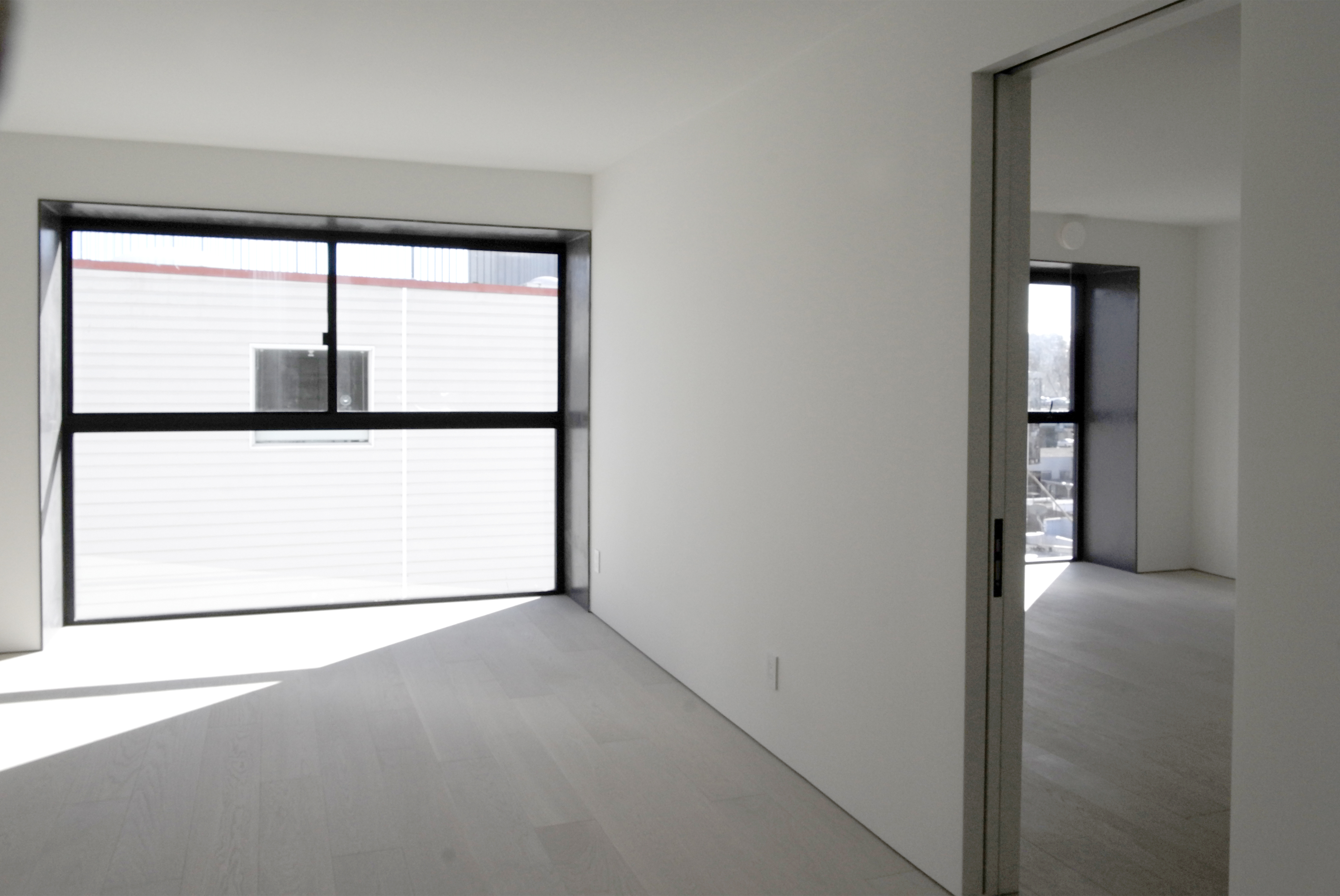 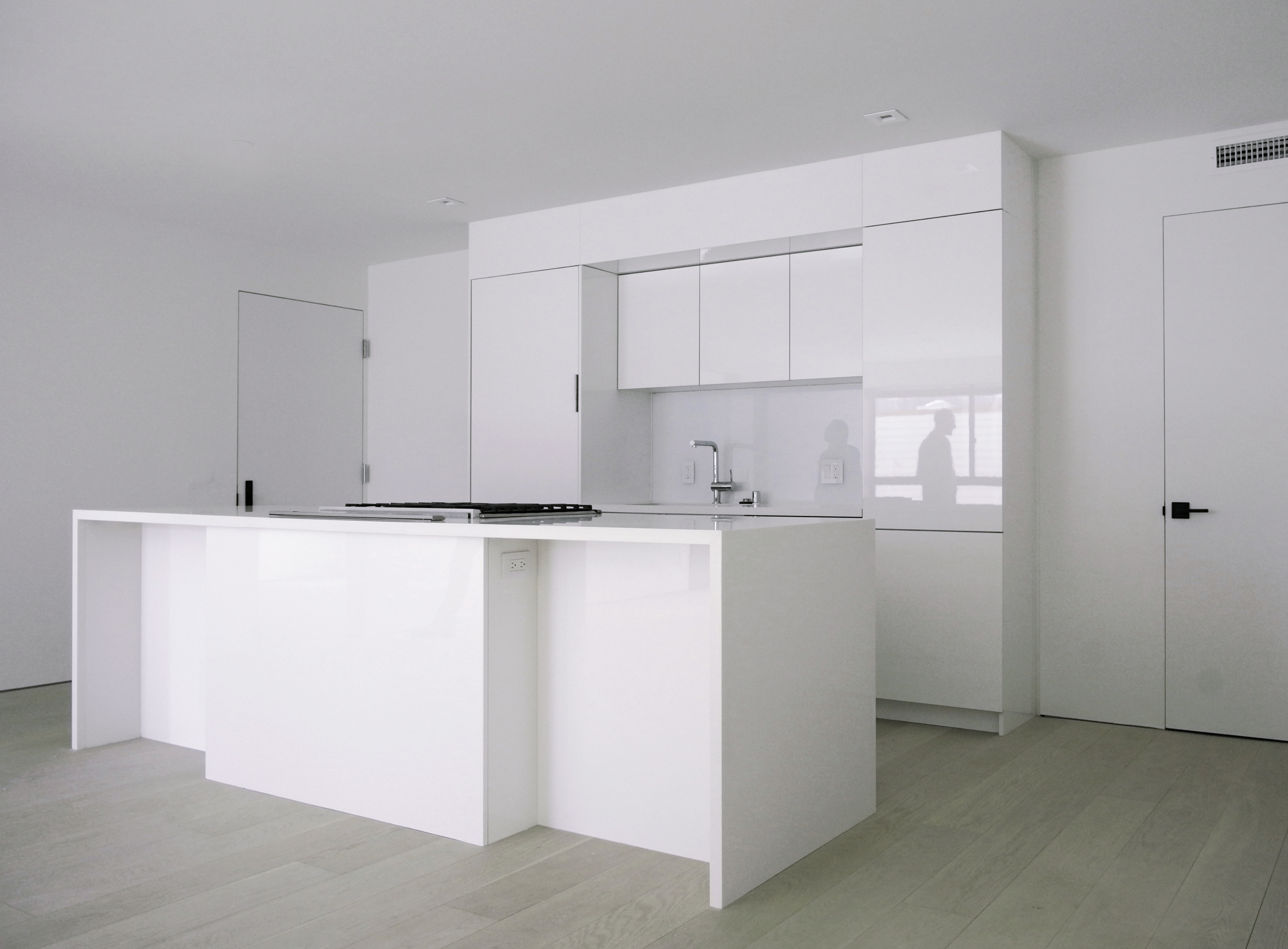 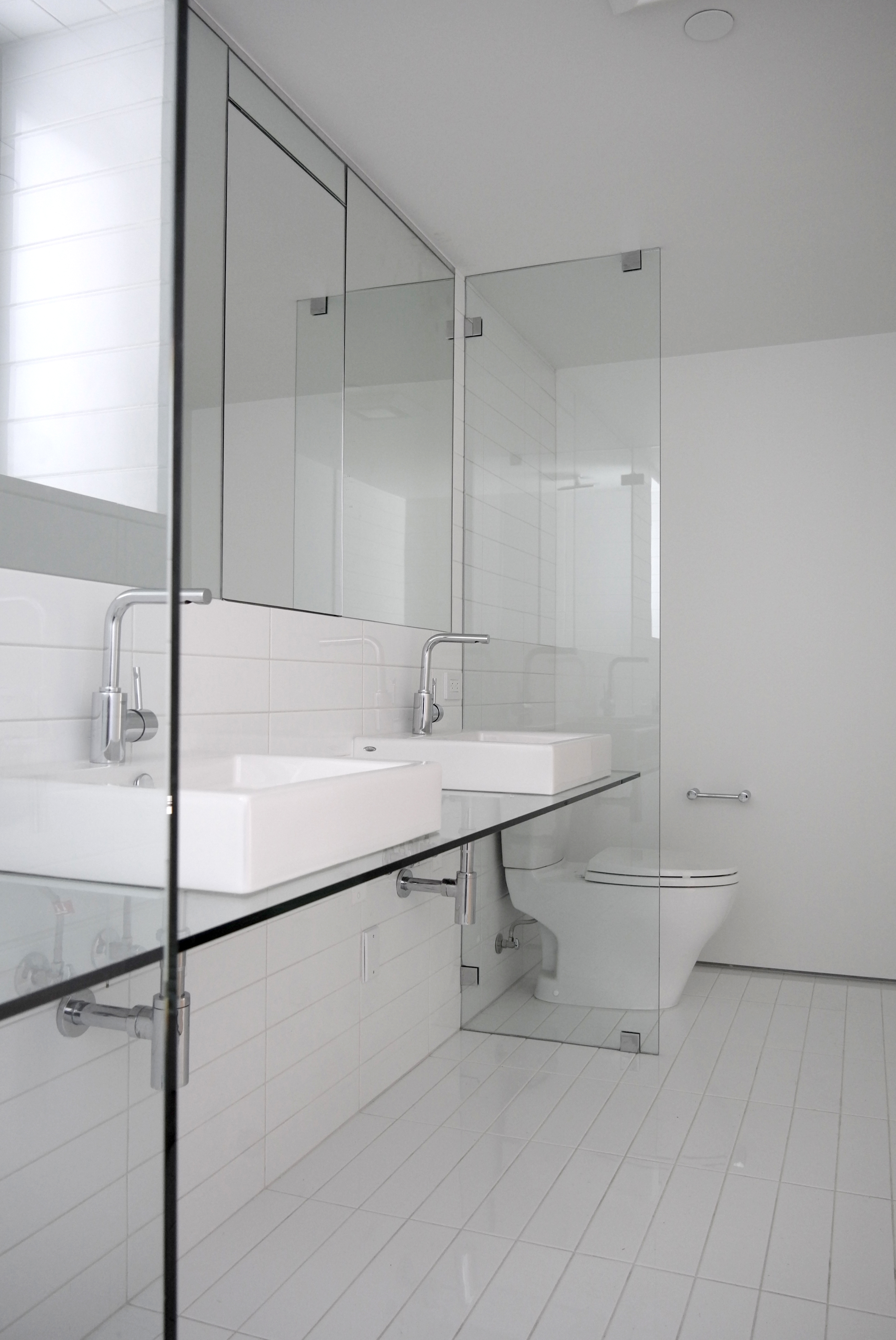 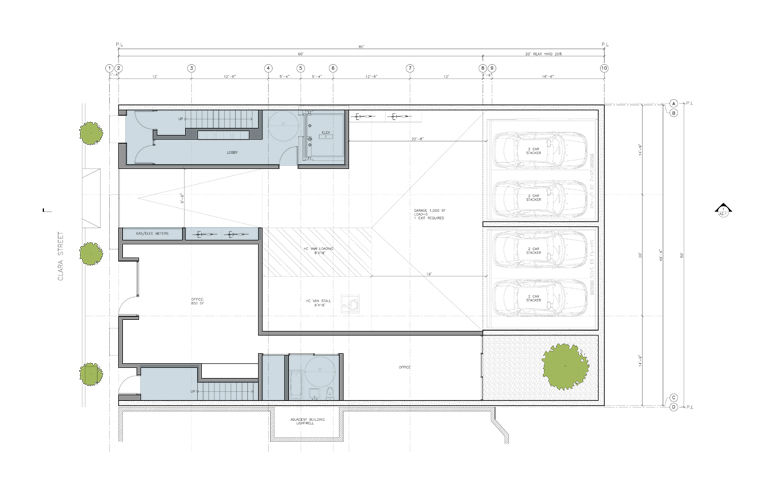 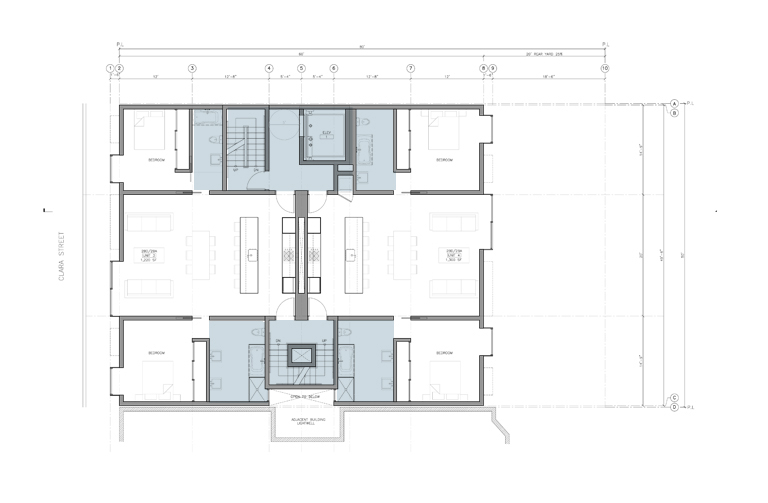 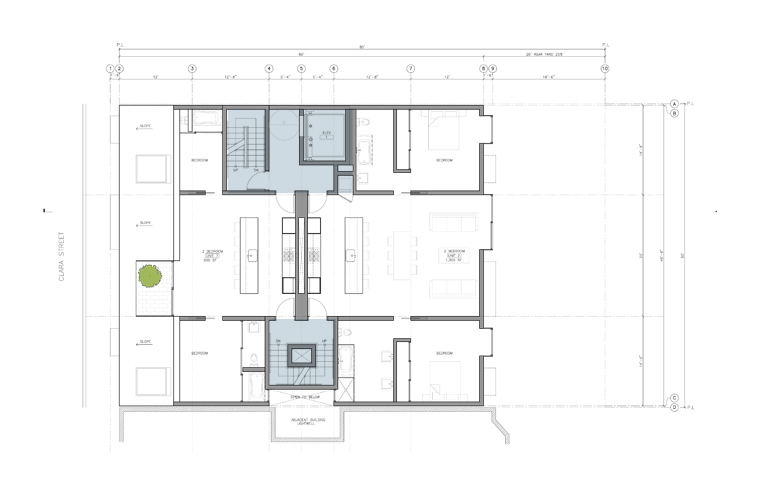 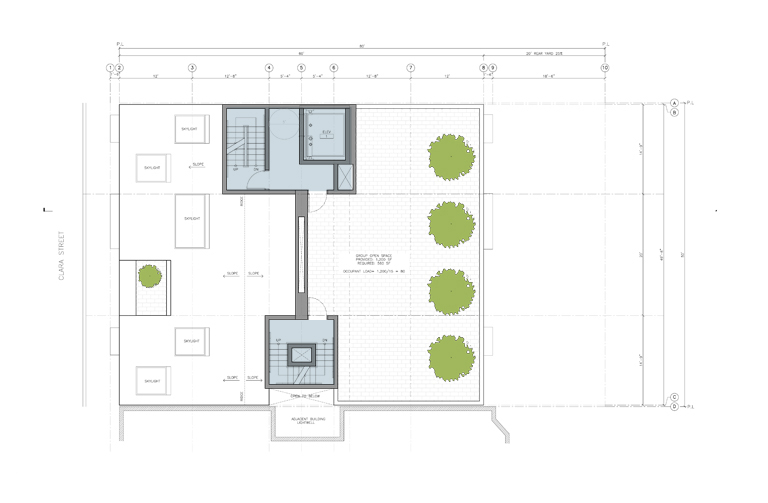 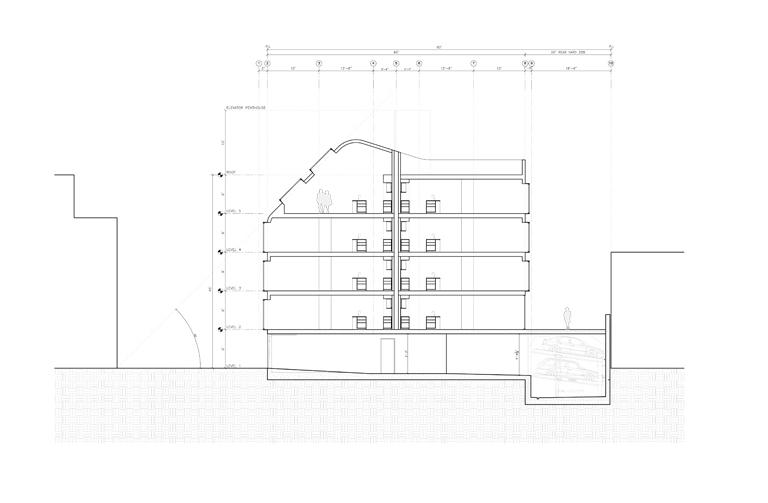 SOMA alleys have a particular backyard architecture, more direct than the poised facades of the main streets, often without the ubiquitous bay windows, often cheek by jowl with light industrial and repair shops, all forming a polite jumble which informs this project.

A new ordinance requires that alley buildings step at 45 degrees from the adjacent property line to permit light to penetrate these narrow streets. The building’s folded sectional form emerges directly from the diagram of this requirement.

Windows have blinders which project to protect views across the narrow corridor.

Each floor has one street and one rear yard two bedroom unit, entered directly off the elevator on one party wall, with egress directly from the stair on the opposite wall, with almost no circulation, optimizing space for the units. Each unit has a central common space flanked by two bedrooms, each with their own bathrooms.

The building establishes an identity by condensing the jagged context of Clara Street into a succinct image.