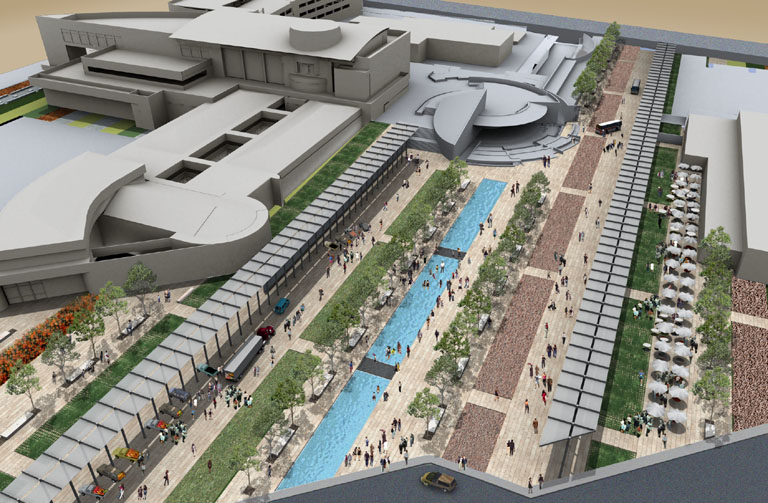 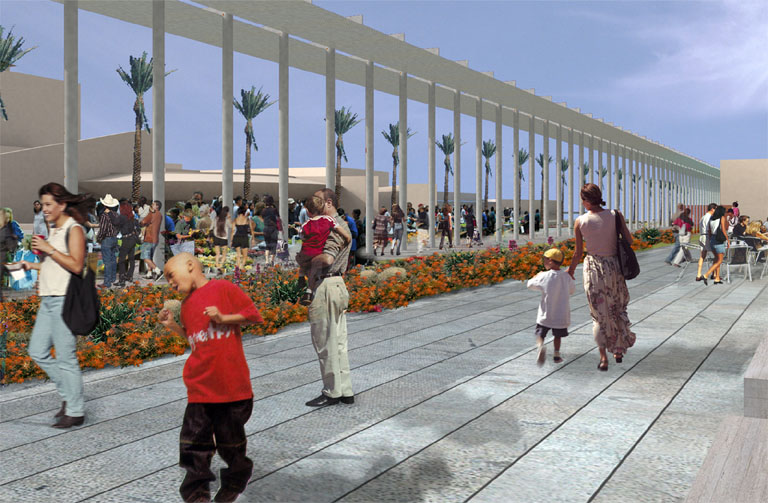 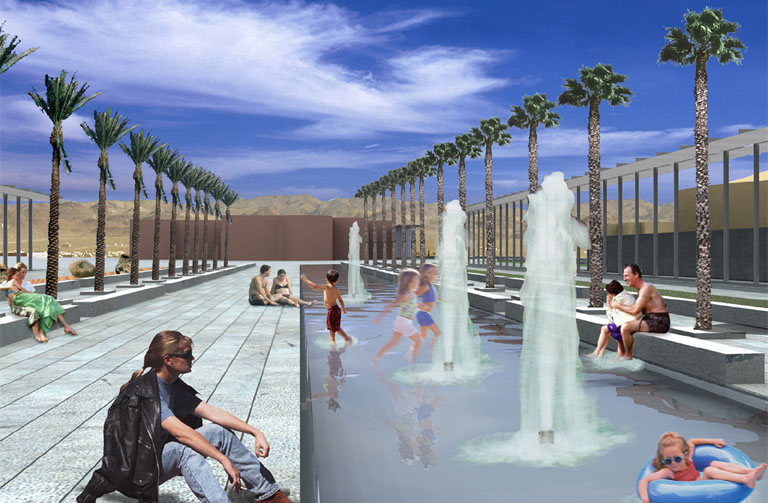 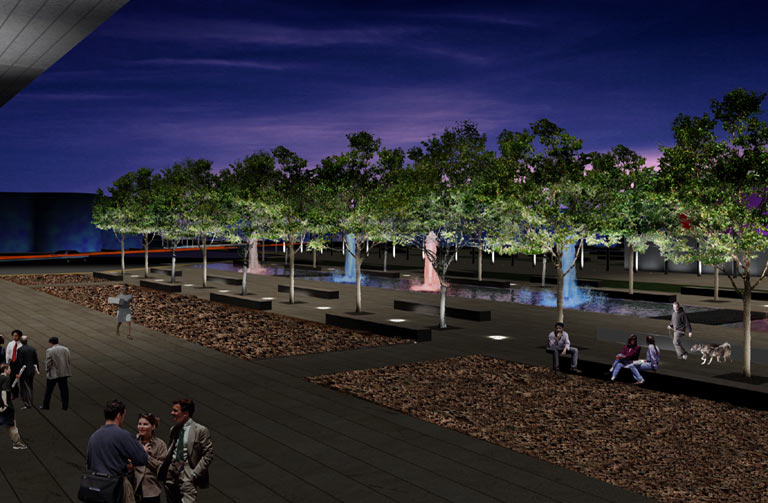 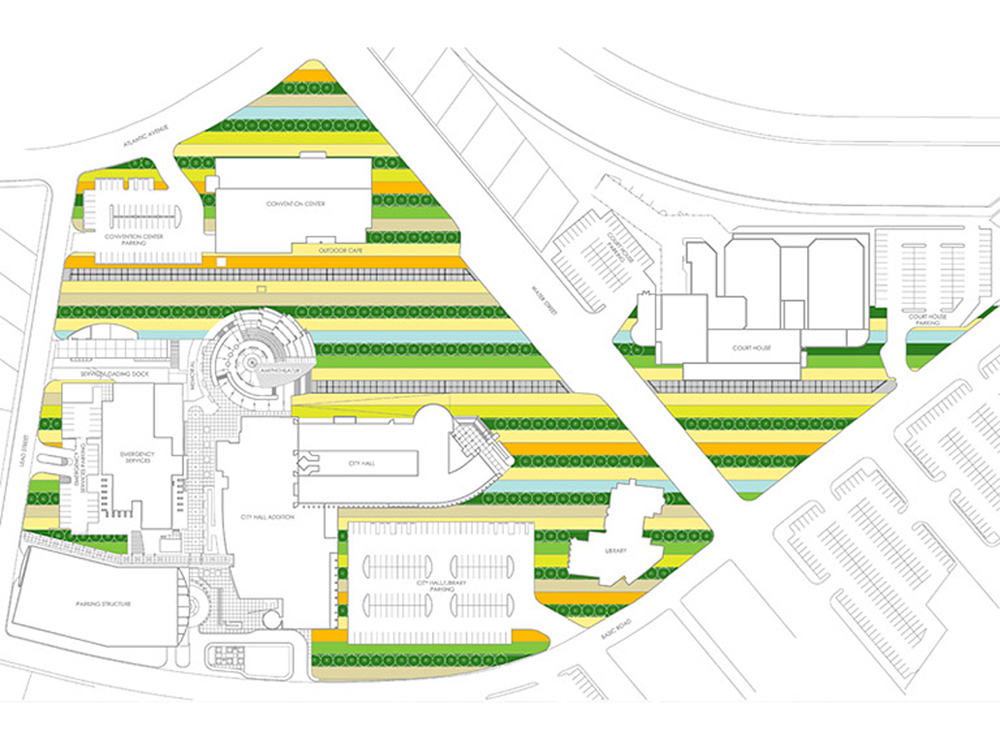 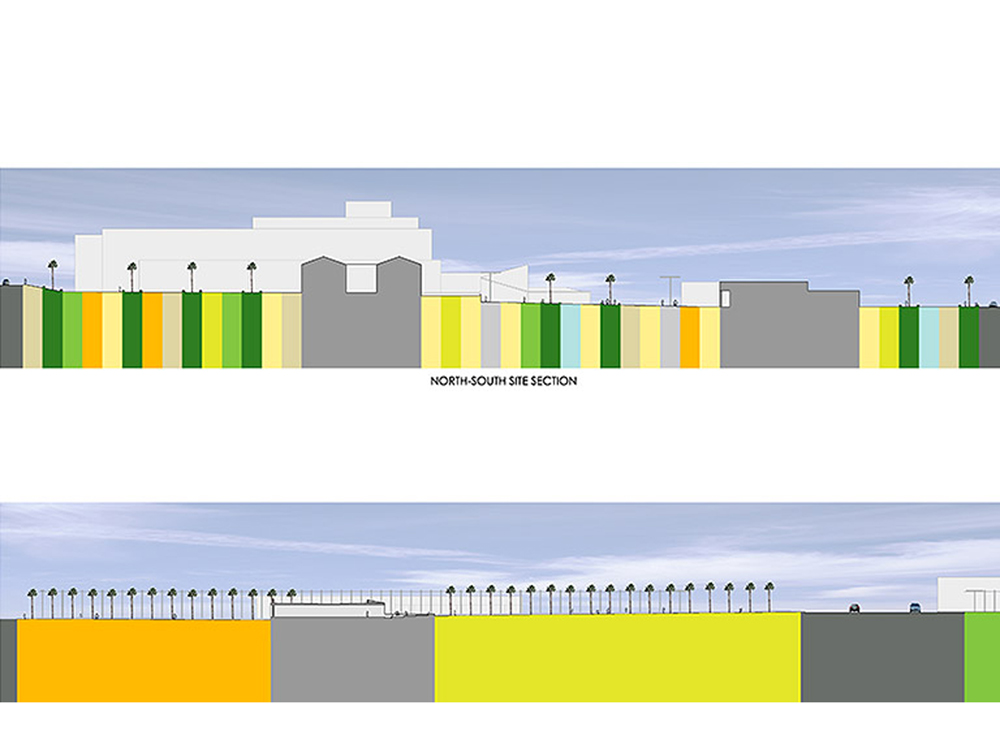 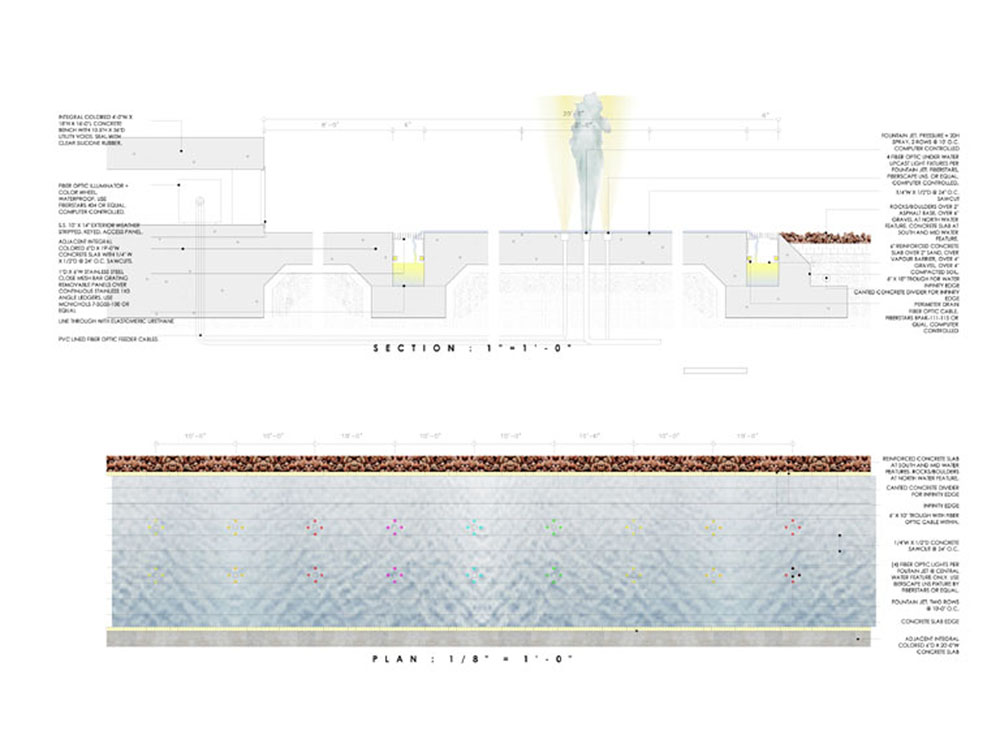 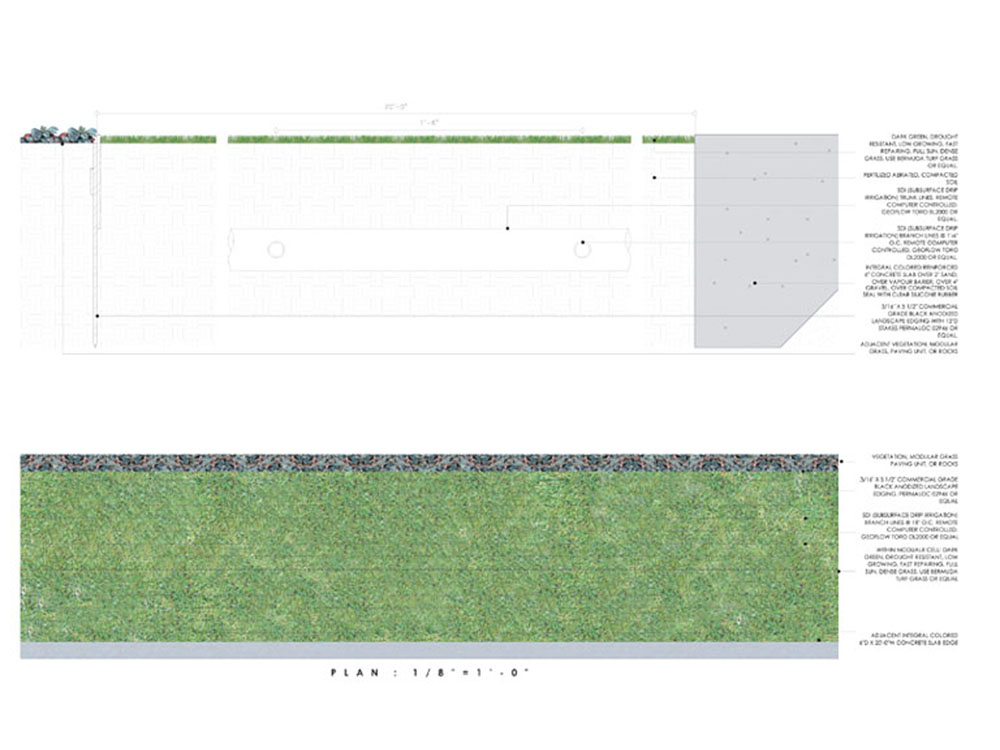 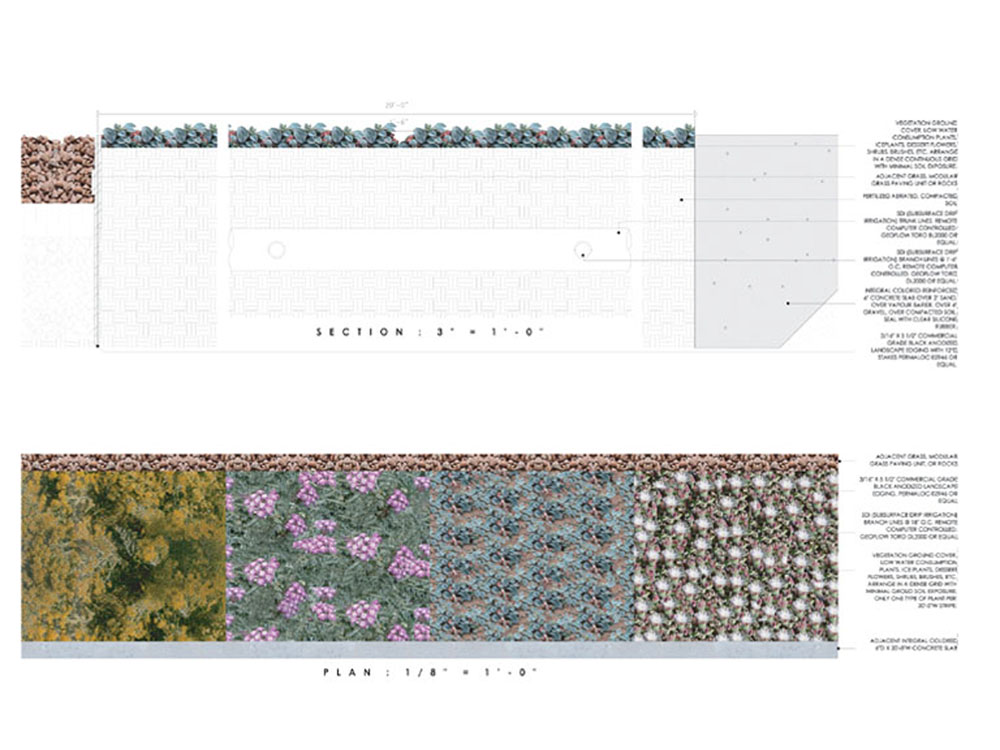 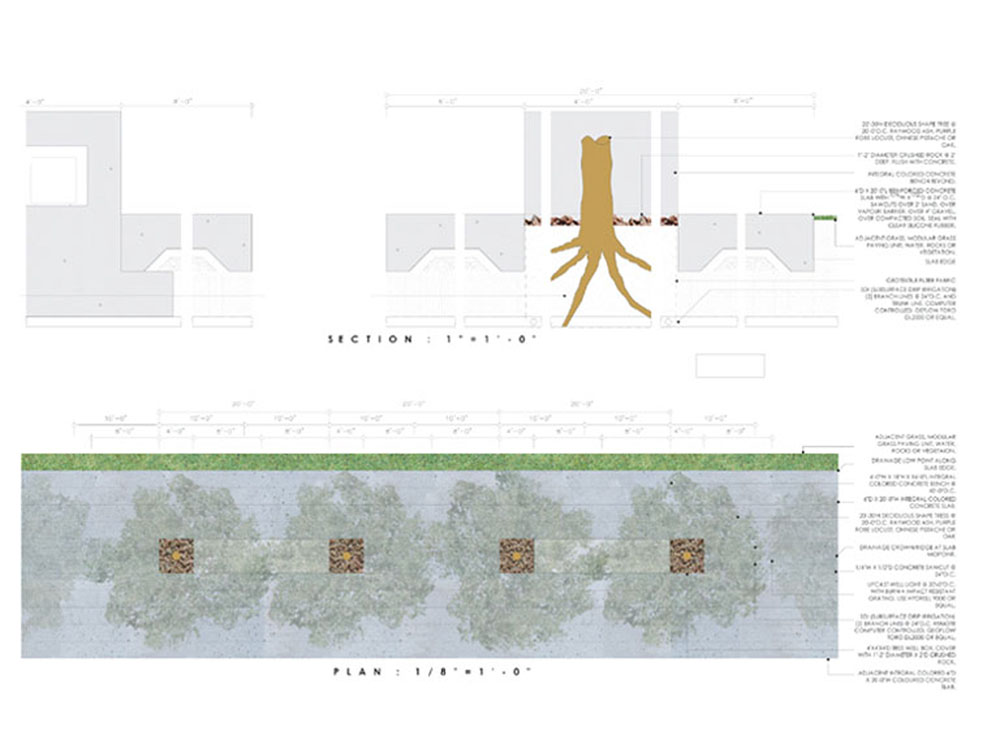 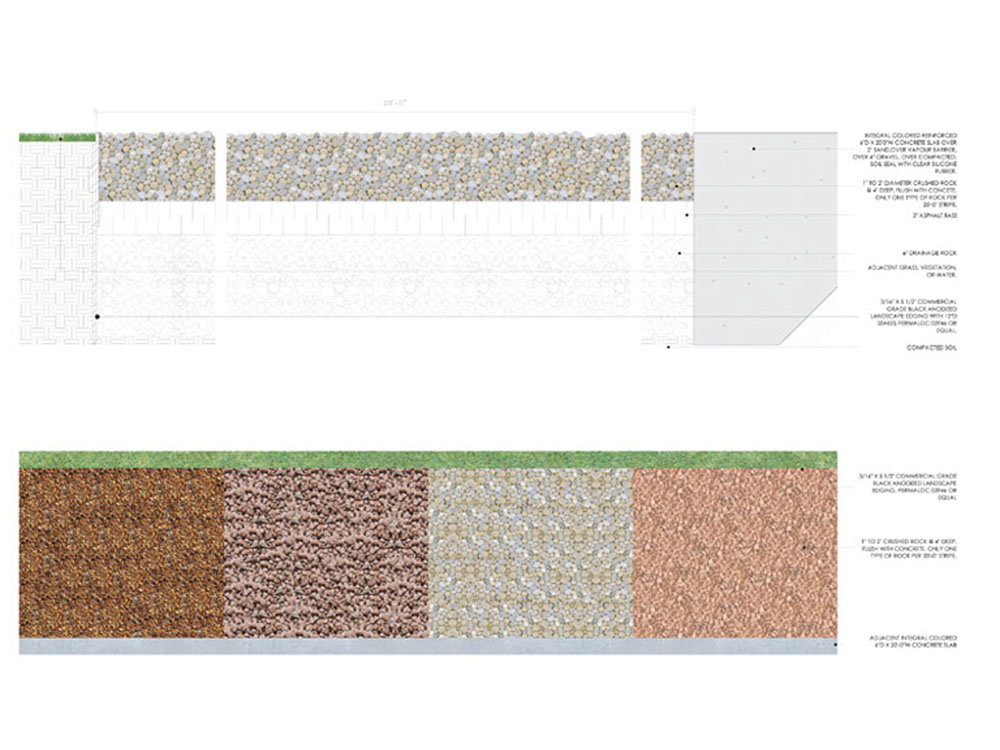 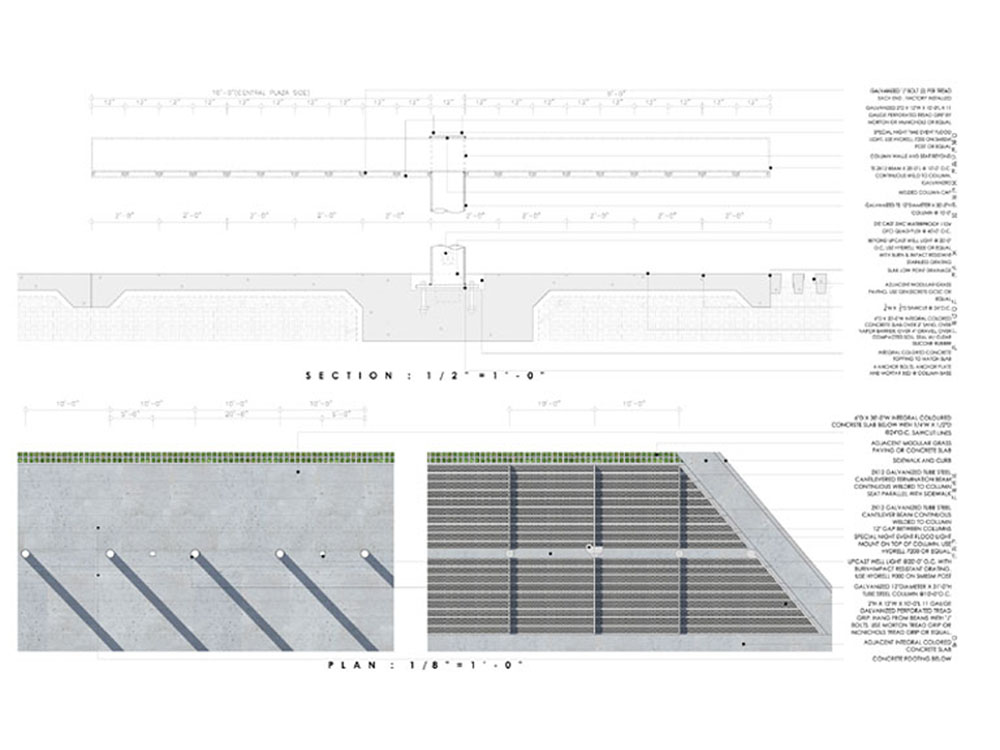 The piazzas of Italy, the courts of Spain, the campus lawns of American universities—all are models of public civic space. These charged voids are empty clearings, fields of possibility, frames of opportunity, that allow a large range of activities and gatherings as well as comfortable habitation for an individual. The desert valley around the city of Henderson is a fragmented landscape of grids and lines, of subdivisions and developments, of roads and buildings. This field of habitation is ringed by desert hills, walling the human-made with a constant panorama of the natural. The project constructs an idealized ground plane for the collection of city buildings on the site, unifying the various structures in the same way that the hills contain the city, representing nature’s order. This constructed mat serves as an urban carpet, a rug woven from the materials and elements of landscape and city. Twenty-foot-wide stripes thread the buildings, creating patterns of materials and encouraging a diversity of programs: a water feature doubles as a water park; colonnades as market halls; boulders as climbing rocks; and landscapes as models of desert botany. Electronic instruments make the civic space an interactive digital playground. Certain stripes are extruded into the air to form colonnaded canopies; other stripes support lines of trees that shade benches on the ground. The stripes are at once similar and unique, thematic and varying, rich surface and neutral plane: they are a framework of unity and a panorama of difference, establishing a place for civic gathering in the entropic dispersion of suburbia.