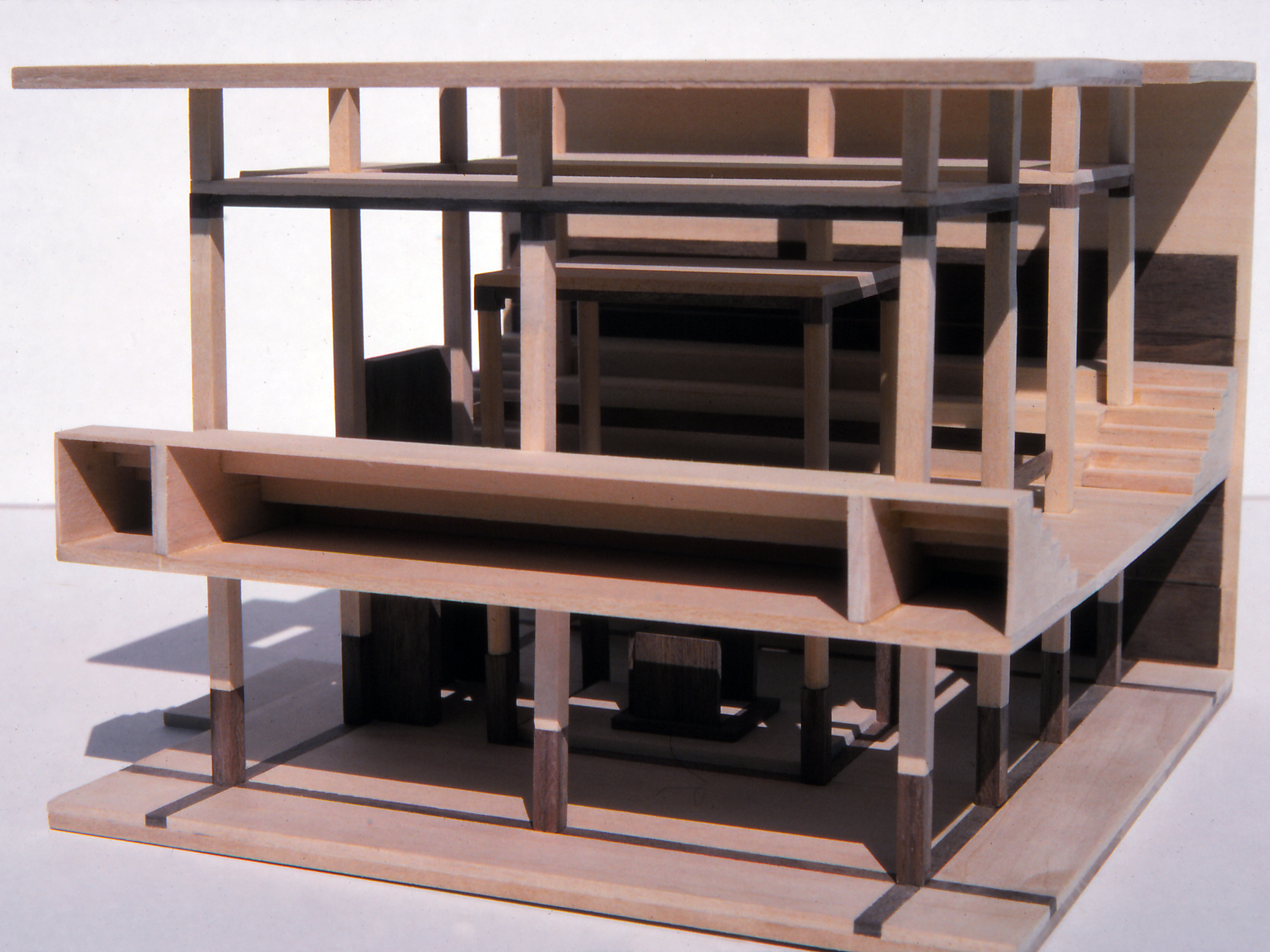 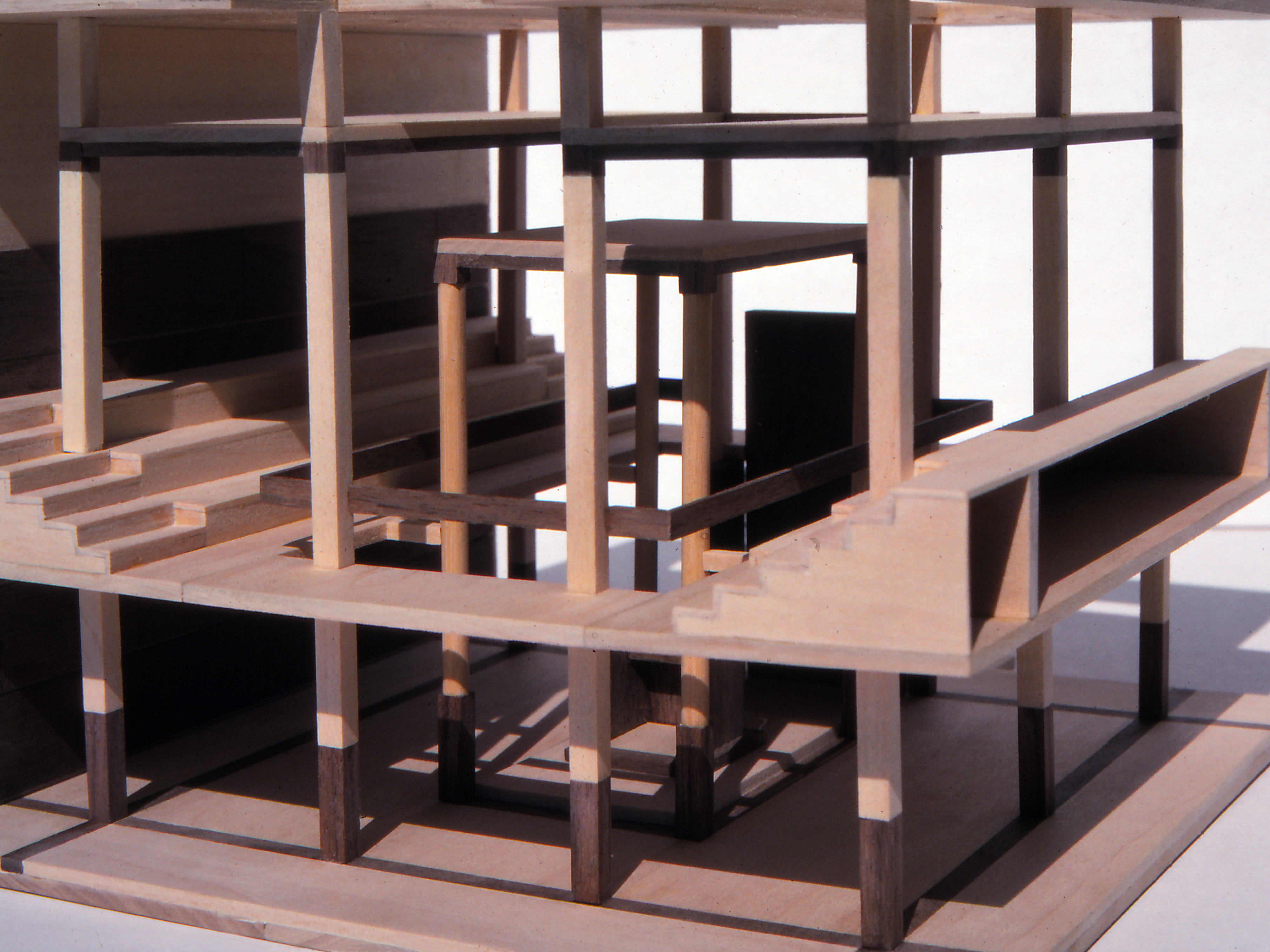 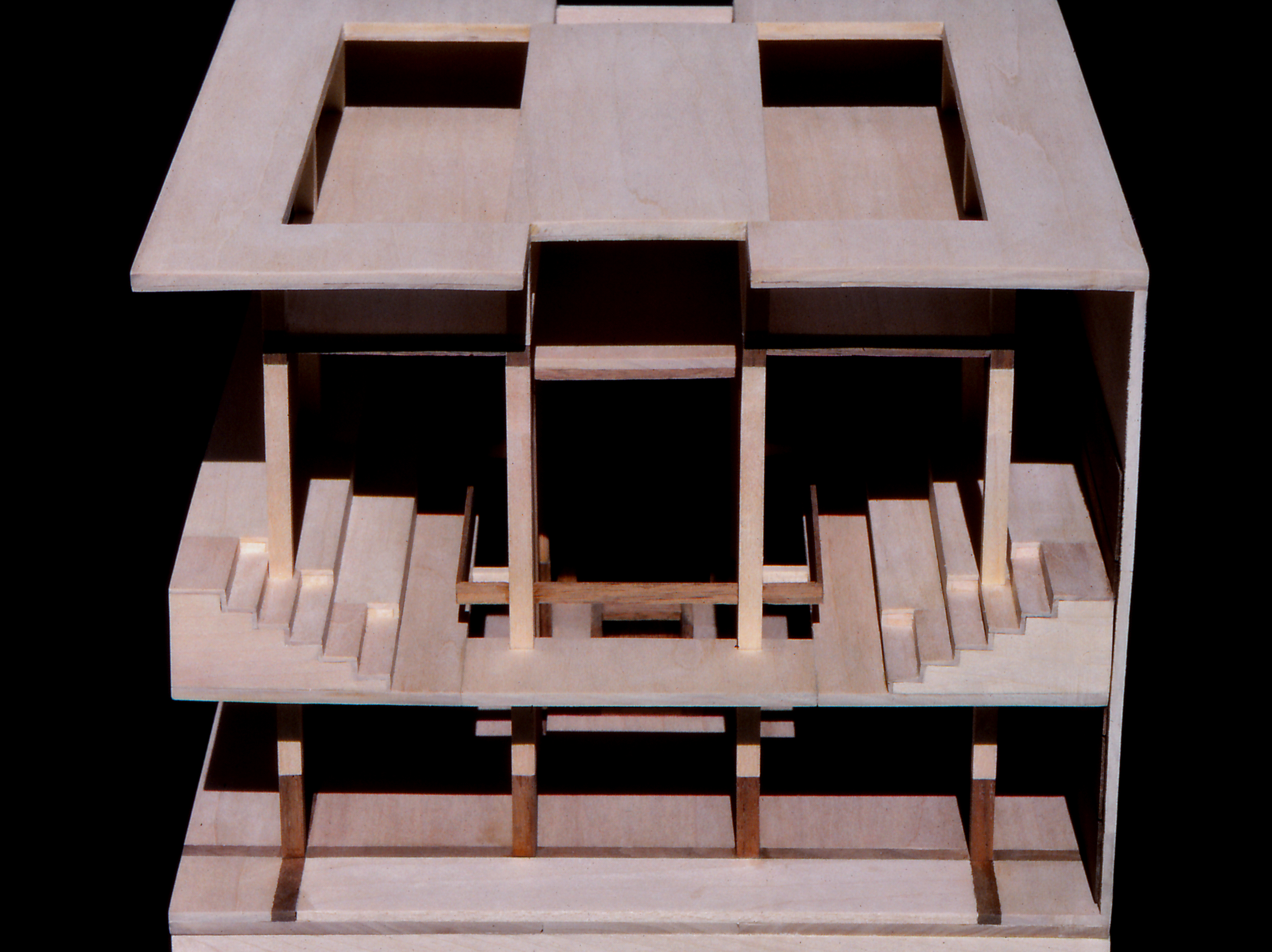 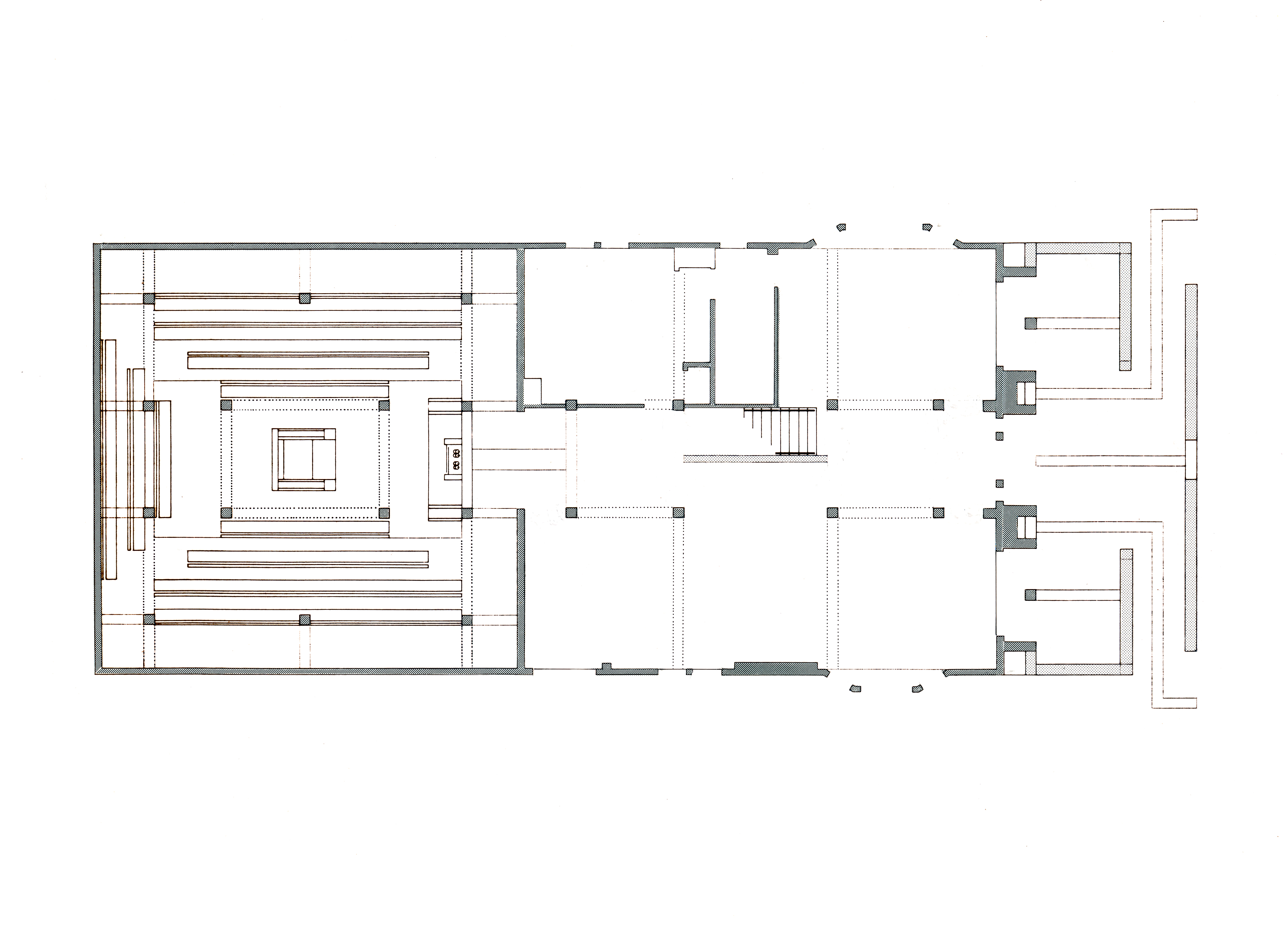 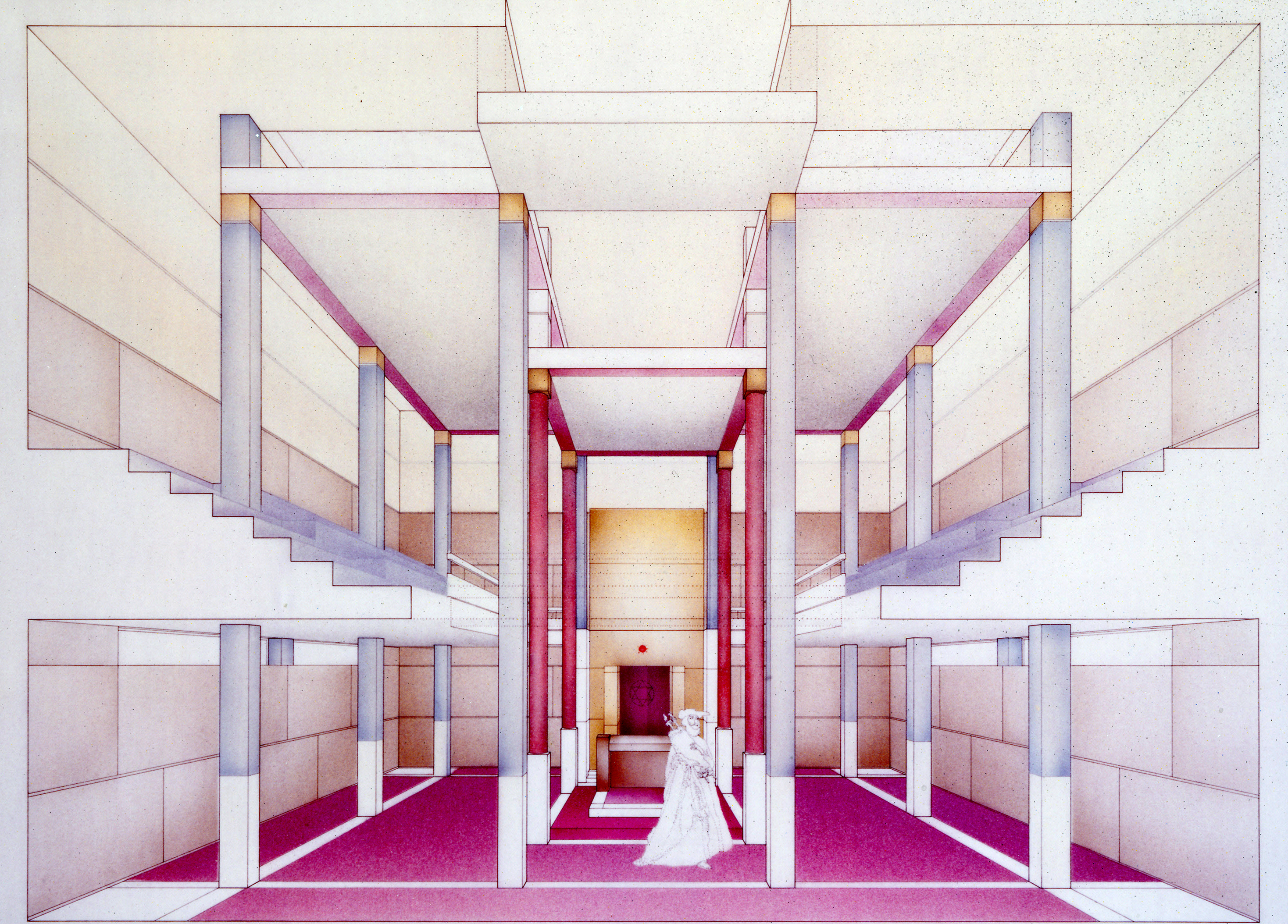 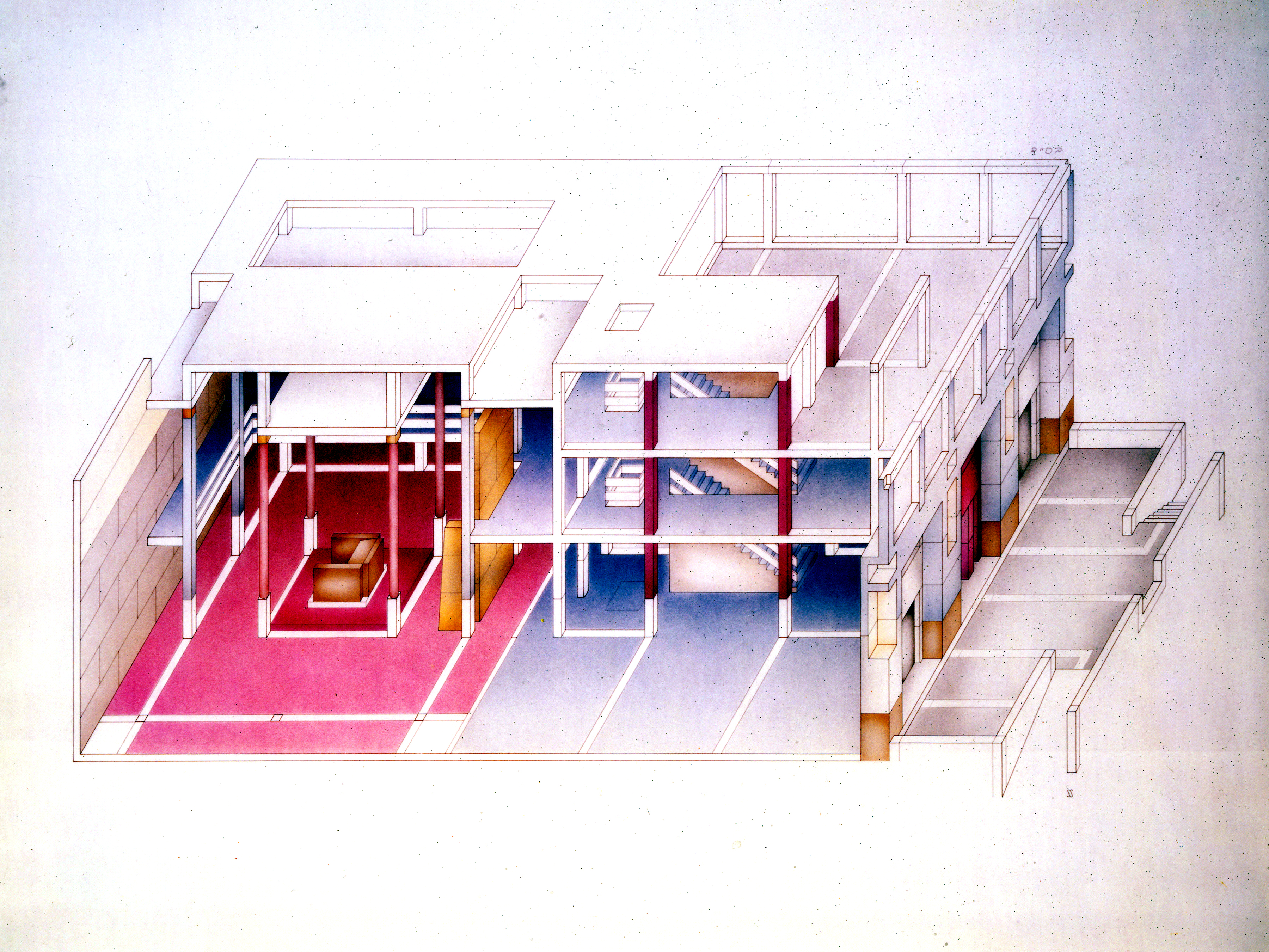 A house, which was converted into a fraternity, is now used by Chabad as a synagogue. This project is a remodeling and addition to the existing building.

The design was informed by the tradition of Temple Building: the Tabernacle described by Moses; Solomons Temple; the Synagogue building of Eastern Europe.

The building consists of two squares, equivalent of the outer and inner courts of the Temple. The front square is used for the activities of meeting, study, cooking etc. The second square is the sanctuary. The envelope is largely existing, as are the floor levels, which are carved out in the center and made into a gallery for women worshippers. The tabernacle is recalled in the adicula over the ‘Bimah’ which branches out as a lining for the sanctuary. Around these floating roofs light enters the room.

On the facade are images of the seven branched tree. The colors are those specified by Moses for the Tabernacle: purple, red, blue and gold.