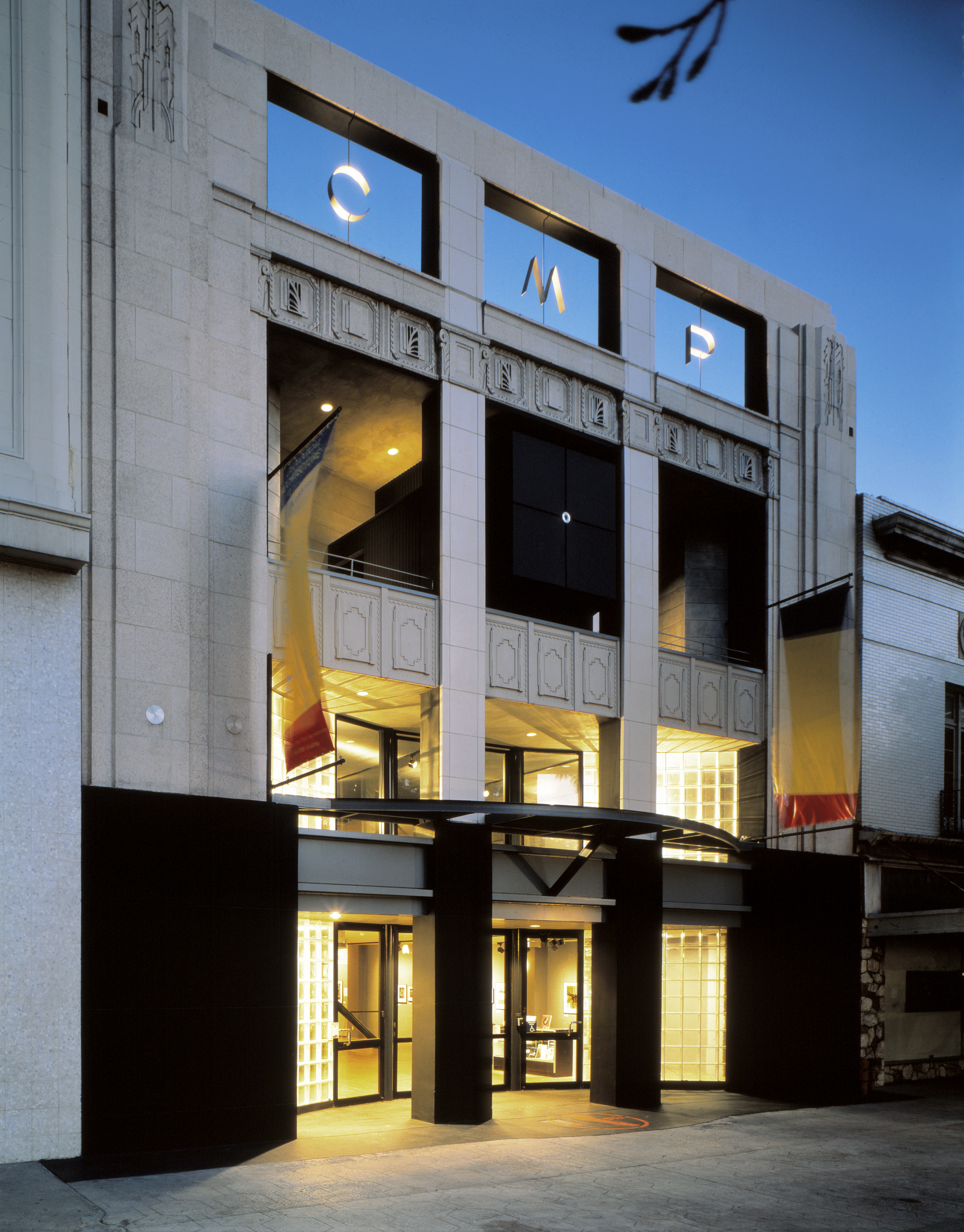 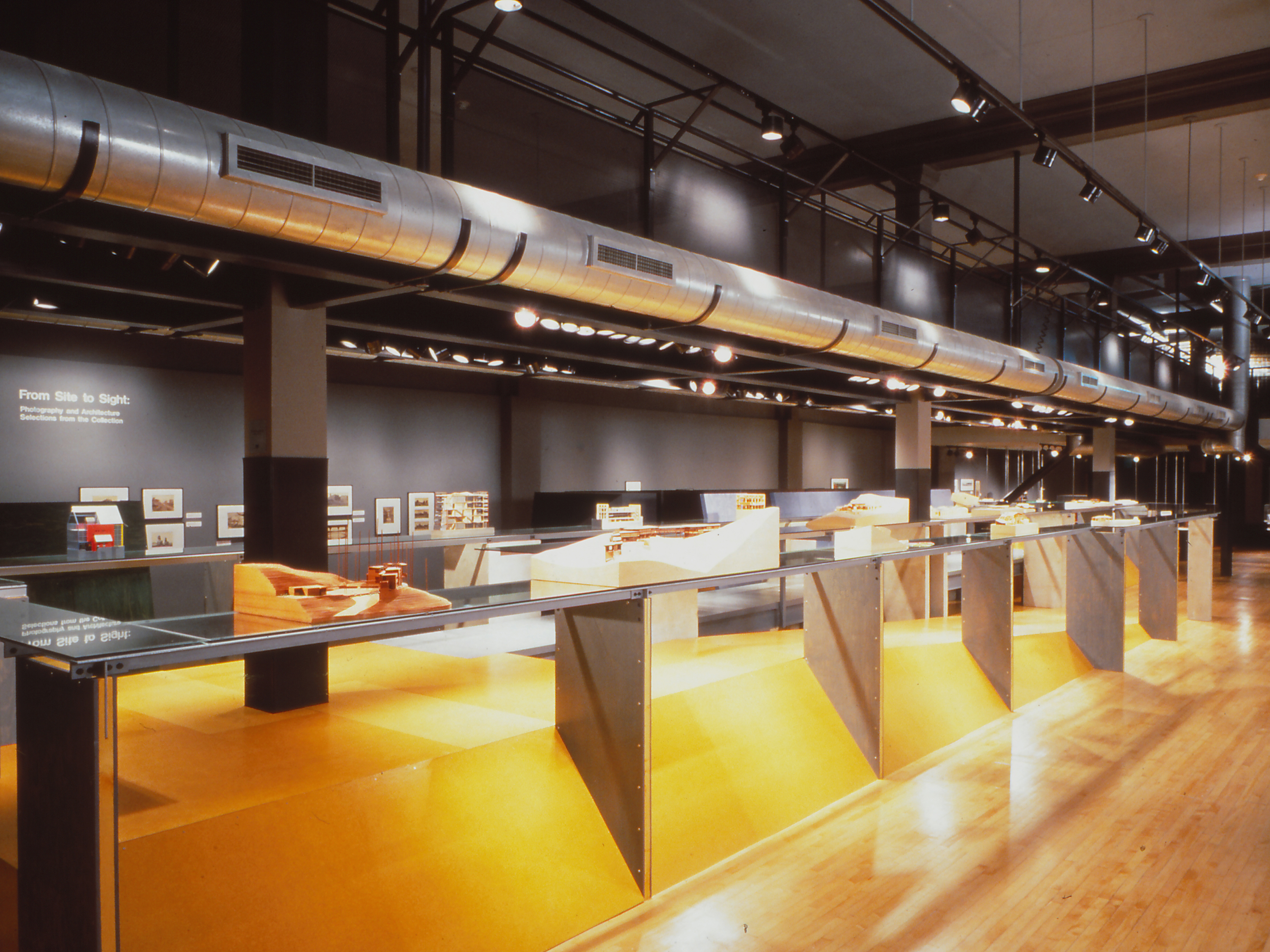 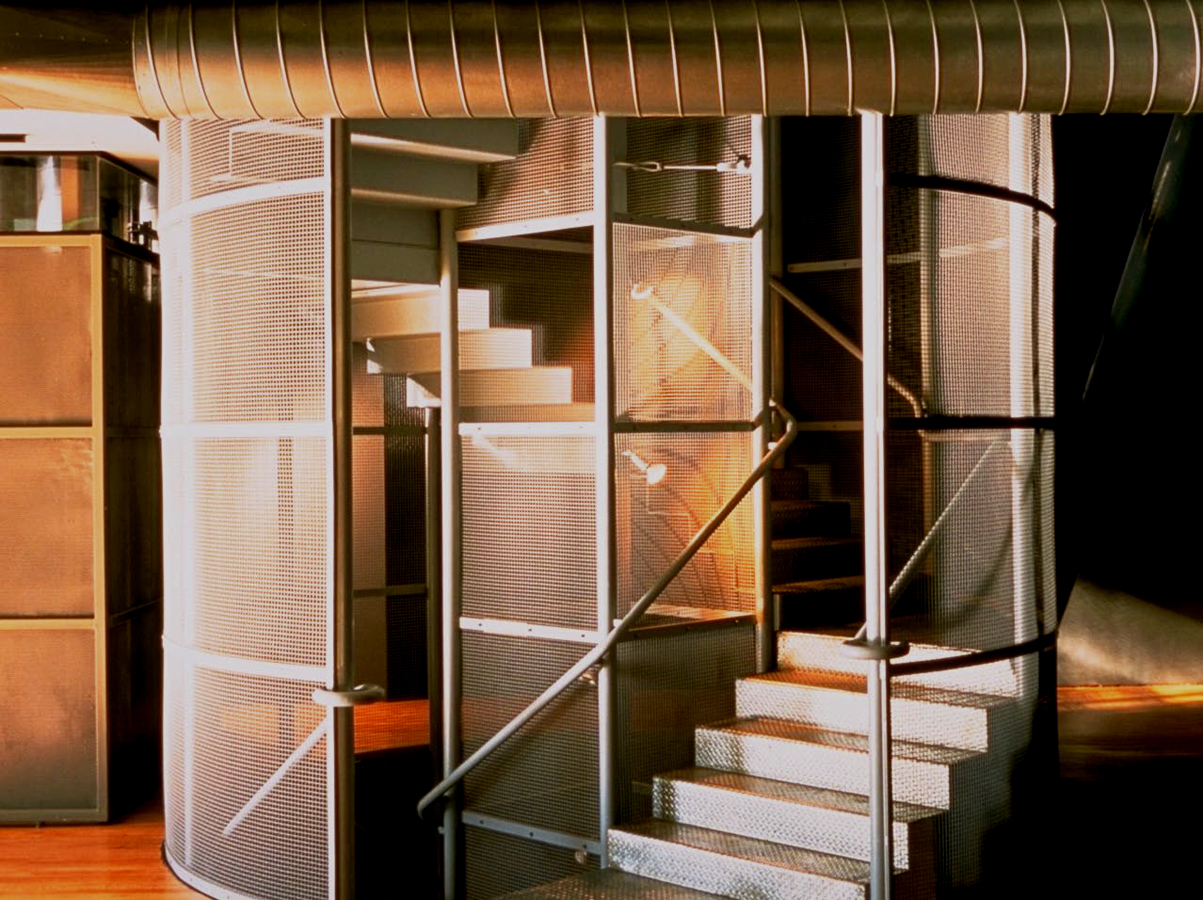 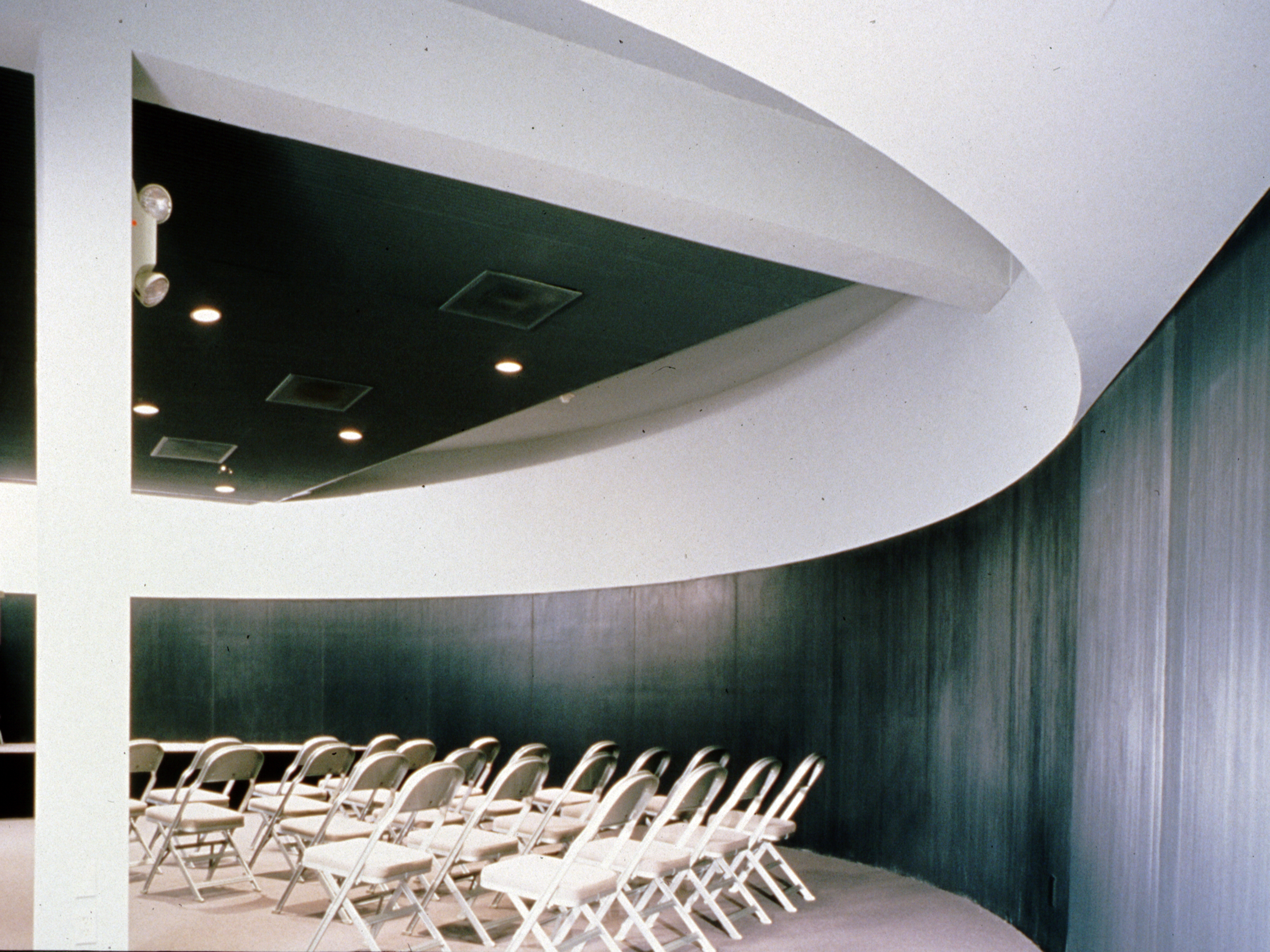 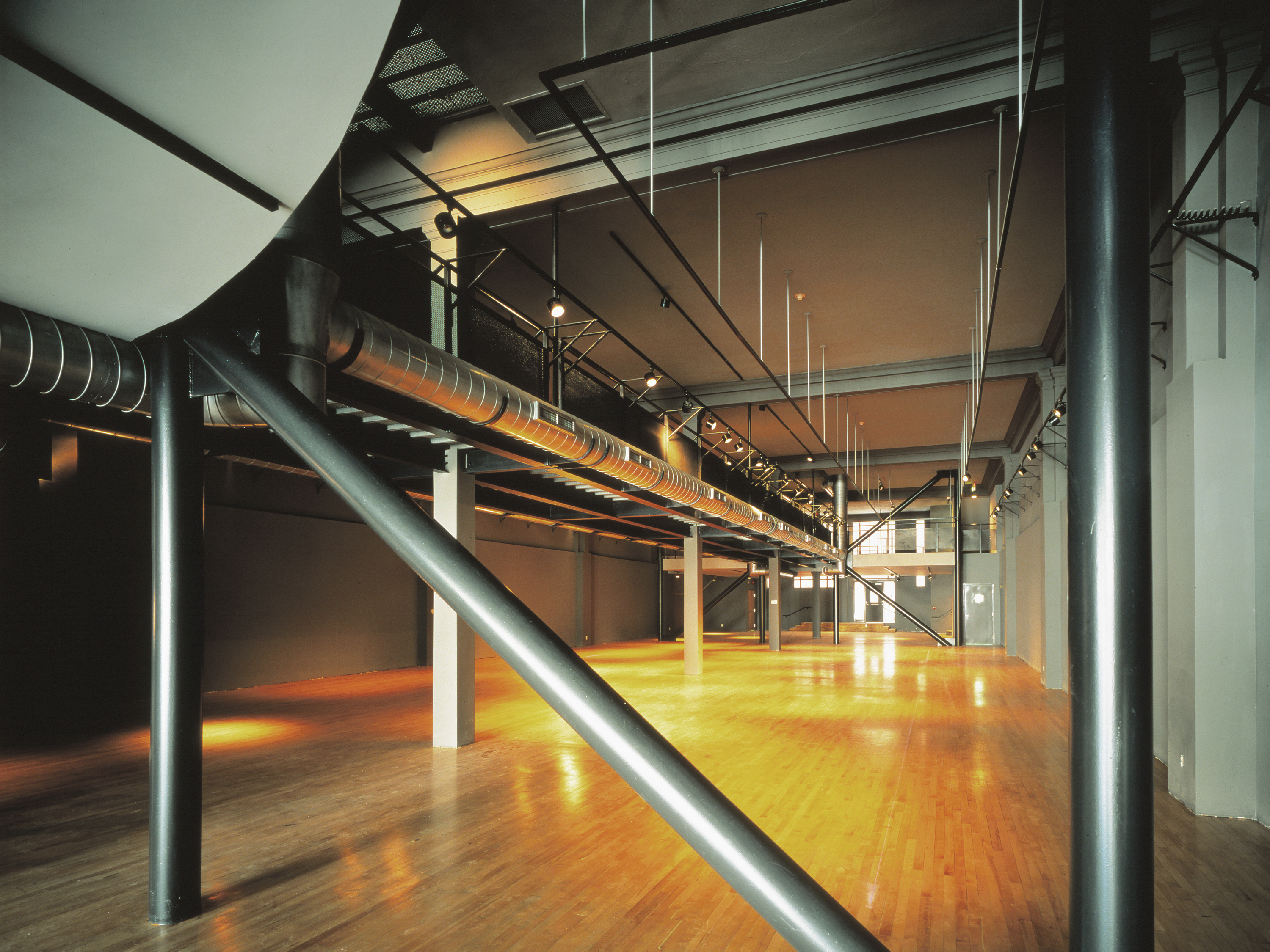 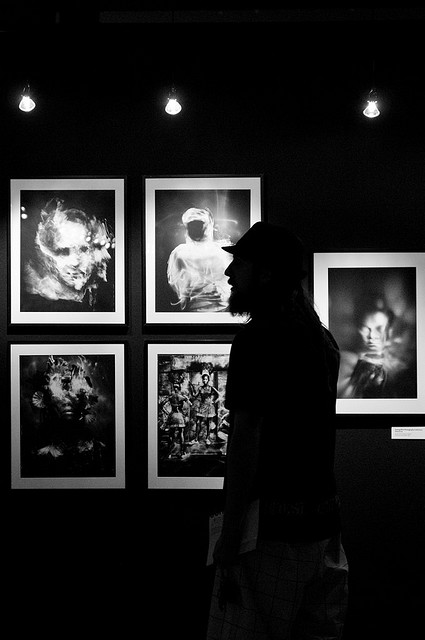 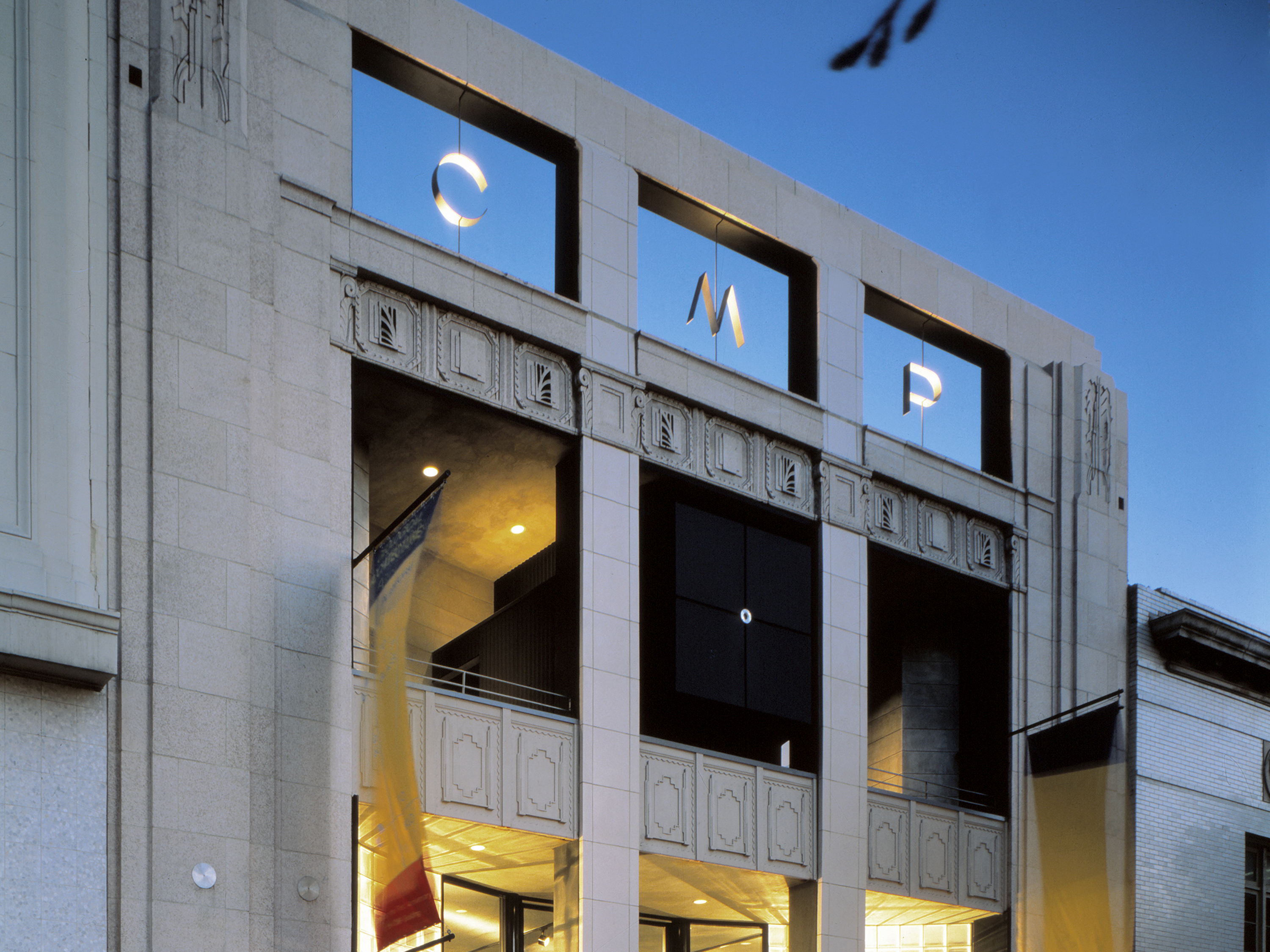 The California Museum of Photography, at the University of California, Riverside, aimed to establish a form for a photography museum which would be distinct, distinct from say a painting museum. The site was an old Kress Department store in Downtown Riverside. A lens like space with light entering from both ends.

The idea for the Museum of Photography is a camera in which people are film. The word camera means room. The original camera was a black room with a pinhole which produced an inverted image on the opposite wall. At the entry to the museum is the original camera, suspended over the front door, so that at the beginning of the building is the beginning of photography. This act turns the building into a camera.

Windows of the existing facade are removed, becoming frames for the glass lens behind. Columns are added to frame the entrance. Three holes are cut in the parapet which frame the sky. A new perforated metal canopy is added.

An apparatus is inserted on the main floor. Assembled like a ship in a bottle, this single act transforms the structure from a department store to a museum. It divides the space into two galleries, permanent and temporary. As a bridge it becomes a gallery, joining the cafe, with its balcony overlooking the mall, and mezzanine gallery. The bridge supports machinery which provide light and air. Below is a bookstore. The elevator and stair which attach to the bridge are made of layers of perforated metals, amplifying movement with patterns of light.

These new elements are constructed like a camera, with all aesthetic decisions referring to the materials and images of photographic instruments. They have the tactility of the rippled pyramids felt twisting a lens, of looking through frames, of assembled parts fitted together. The colors are photographic, 7 shades from black to white. On the level above is a lecture room, an eye, an ear, a place to look and listen. The entry to the pinhole camera is via a balcony, so that one previews the actual view before seeing the image in the camera.