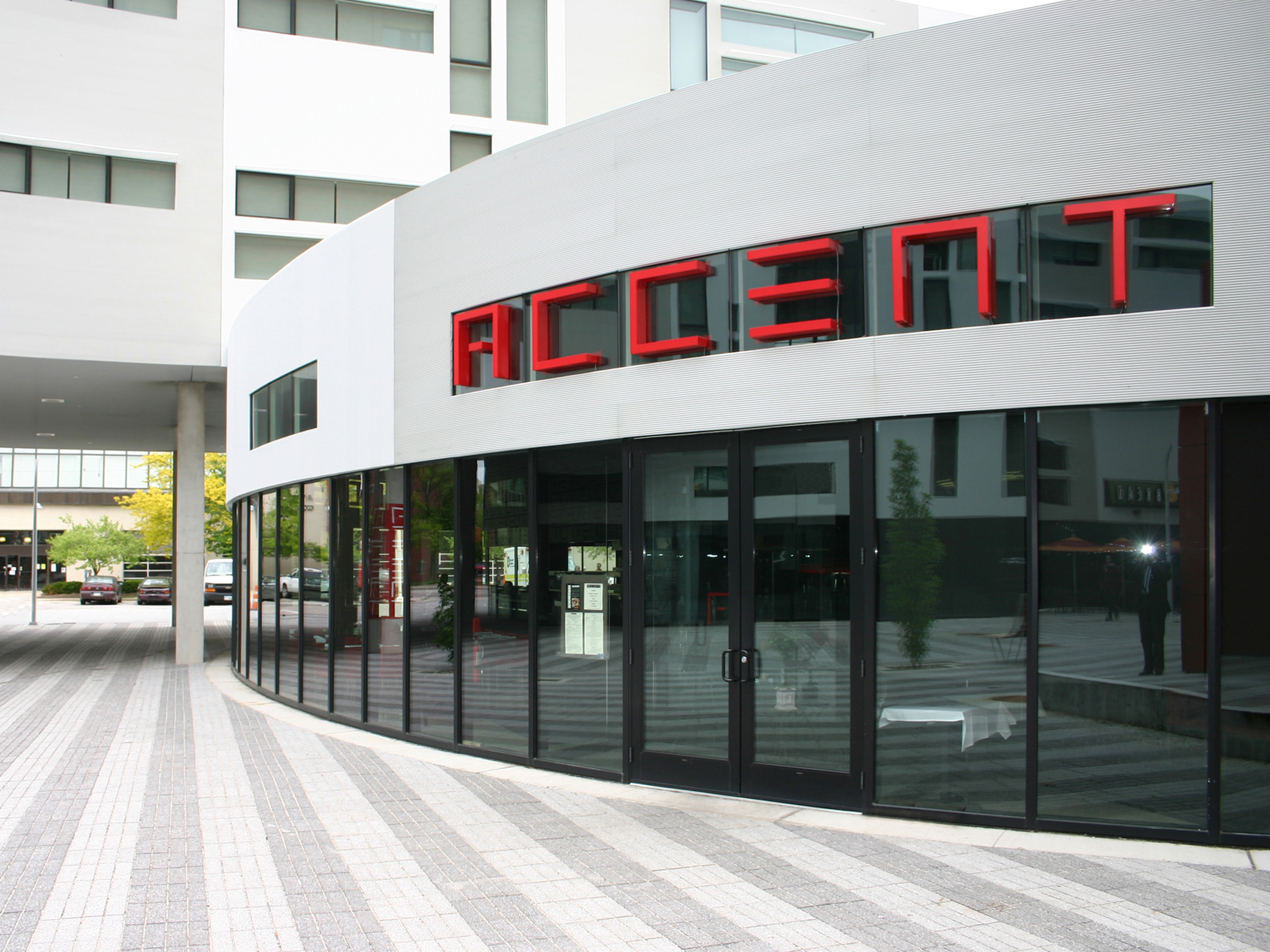 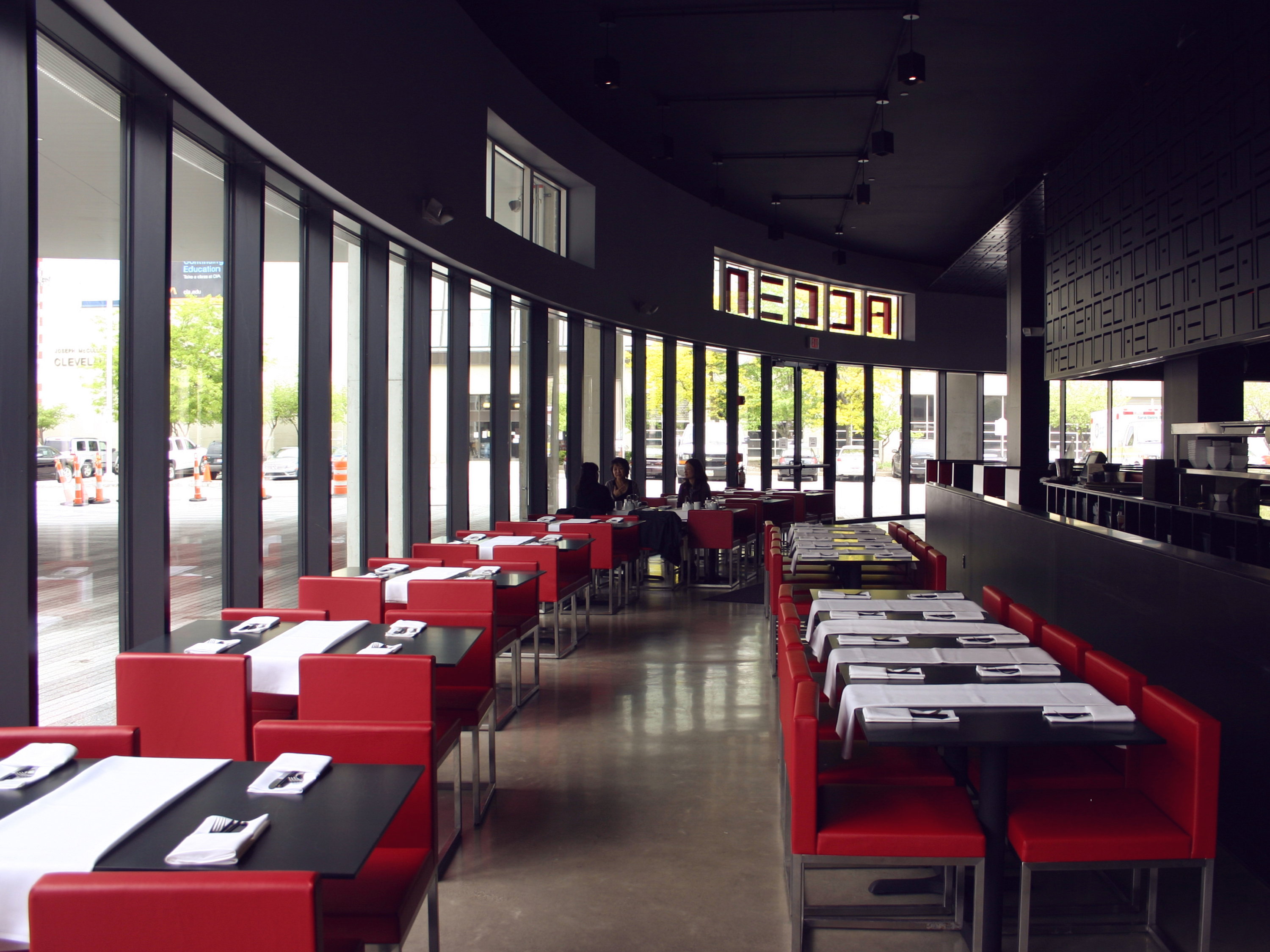 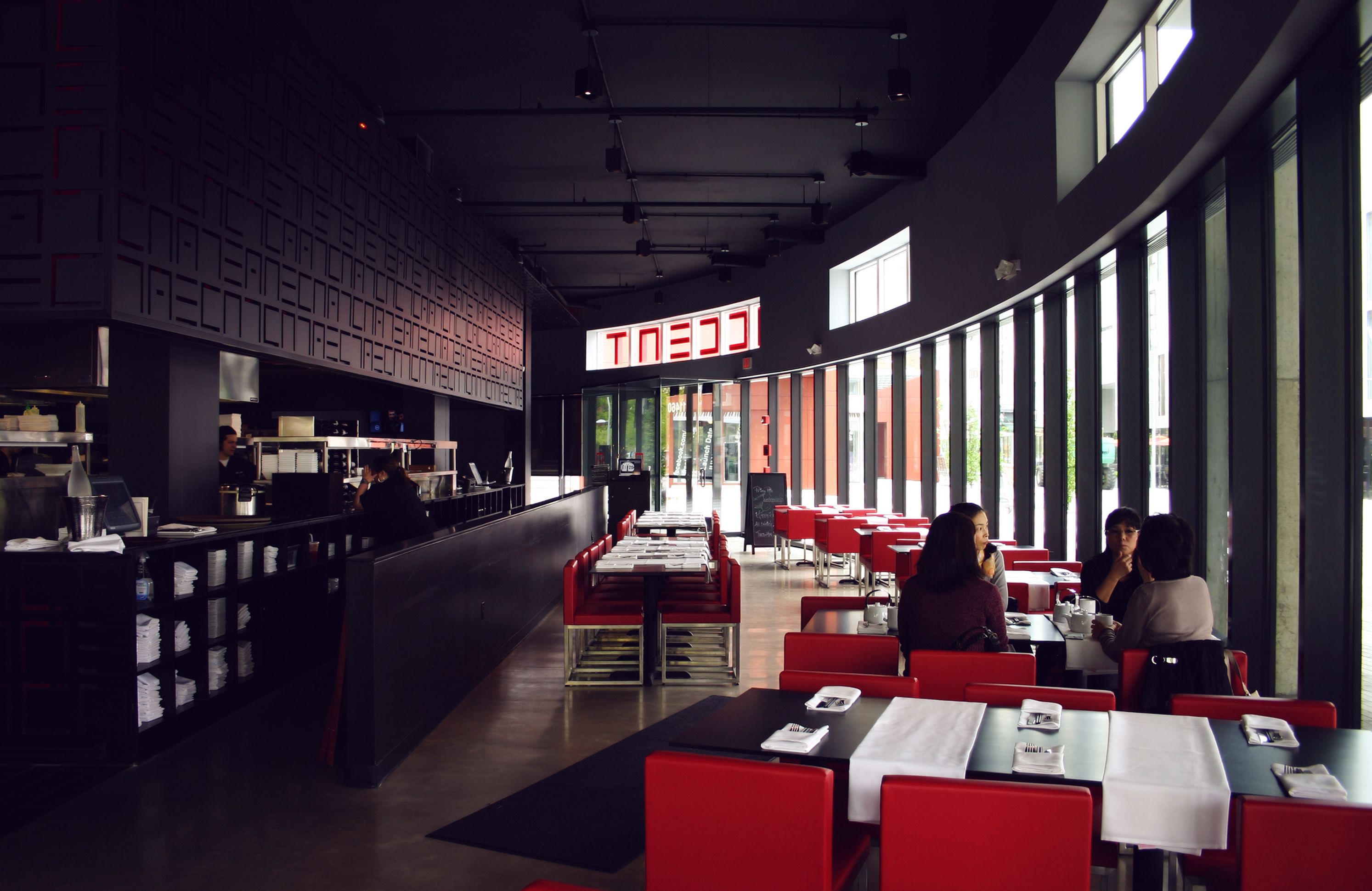 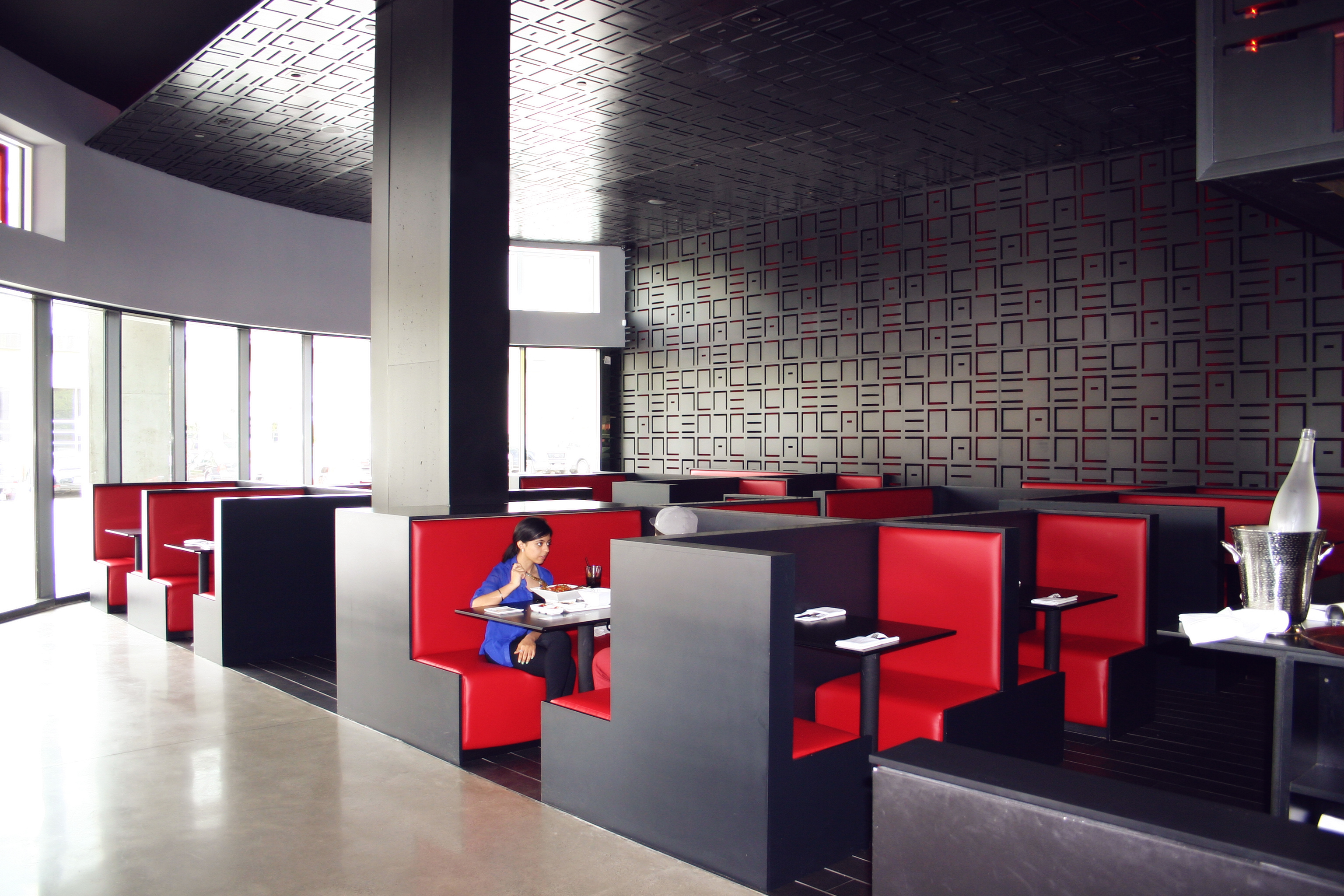 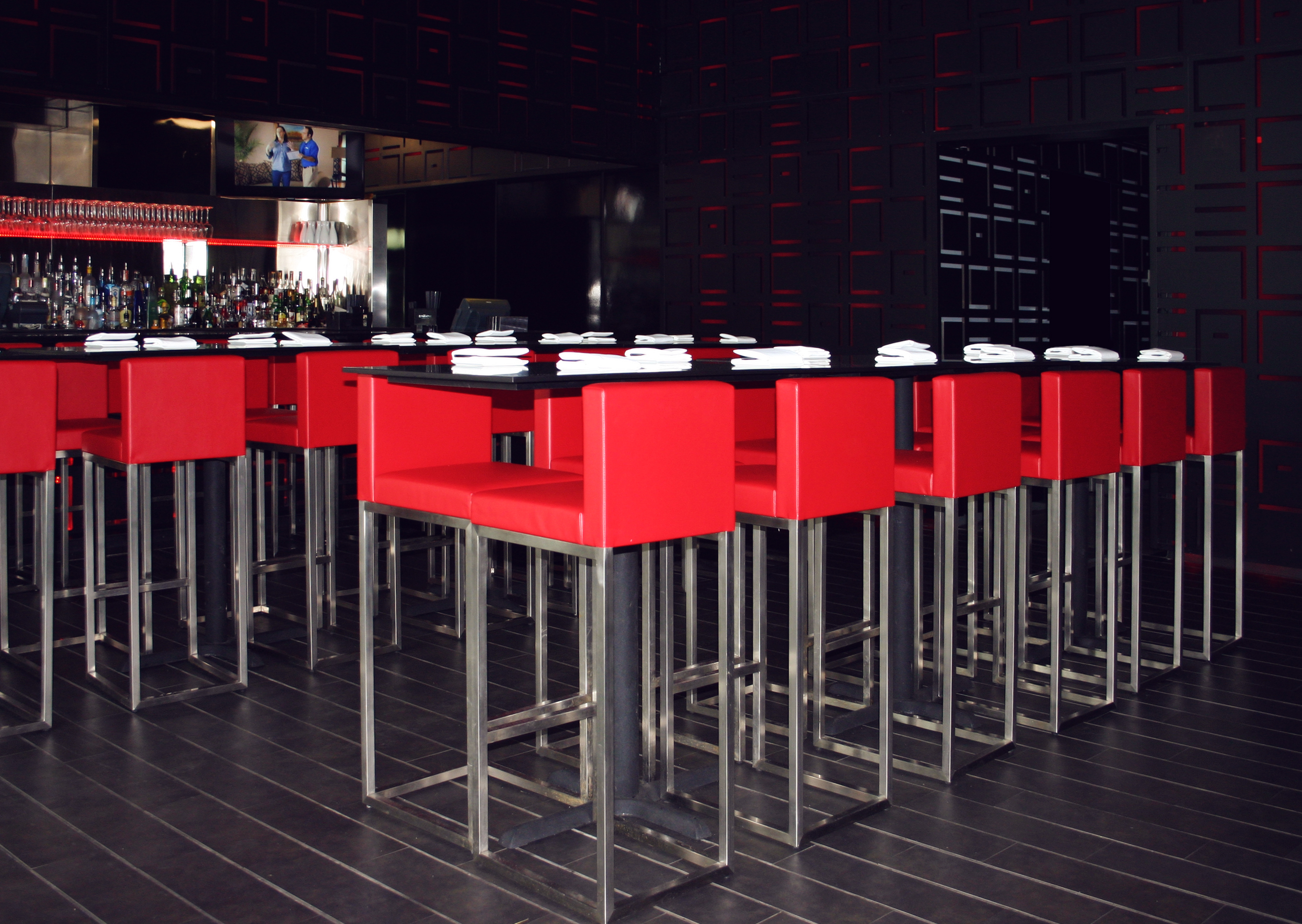 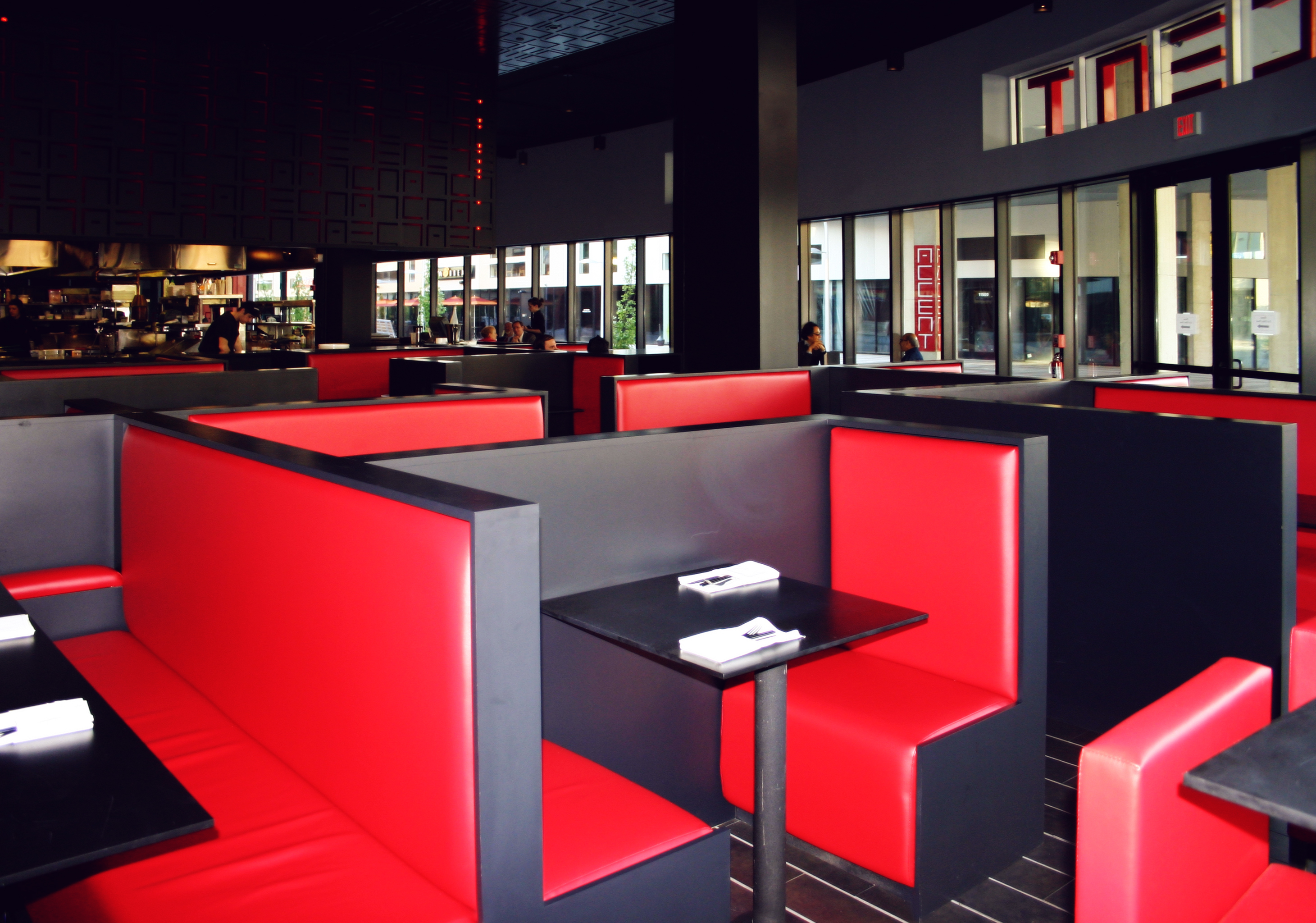 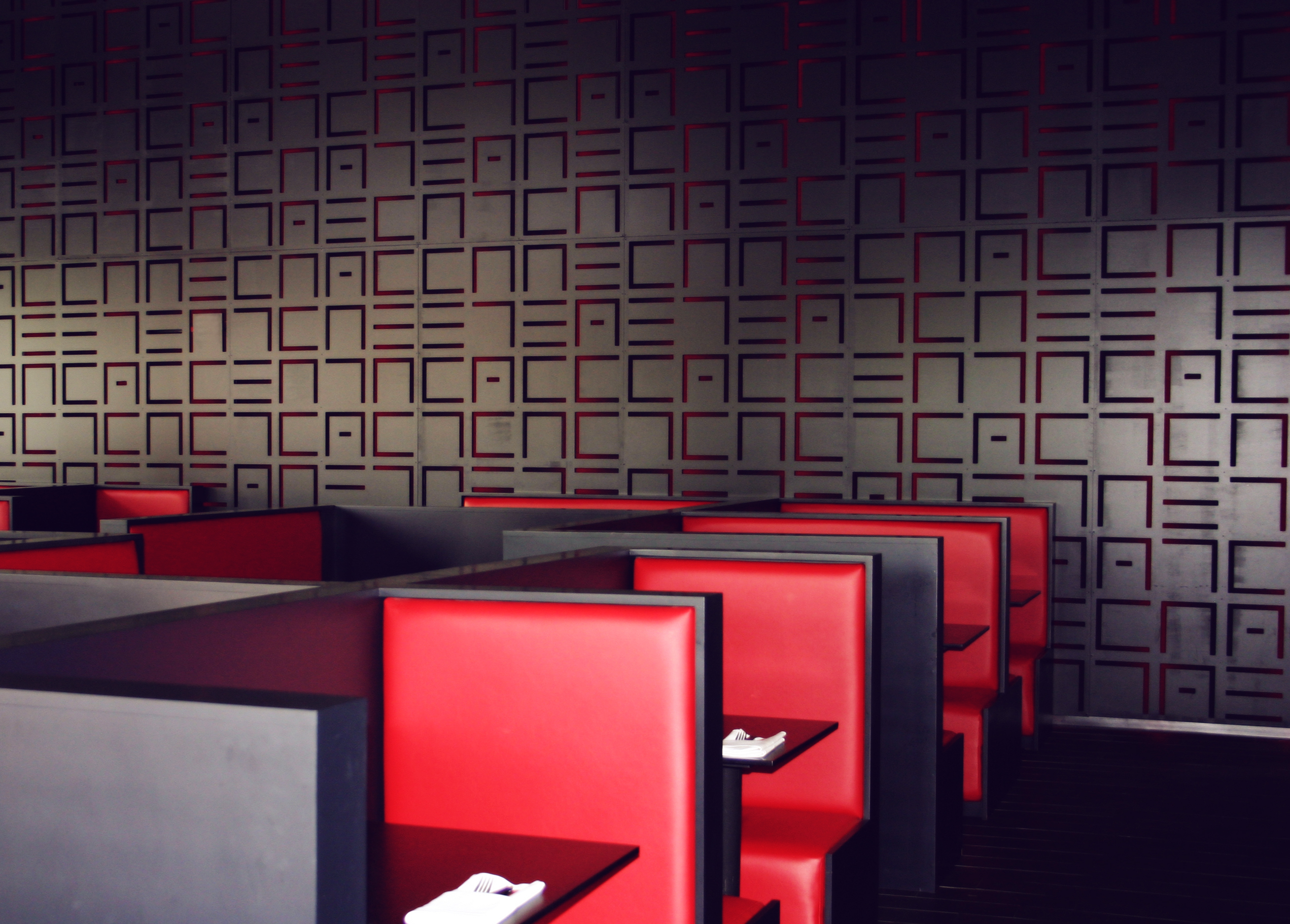 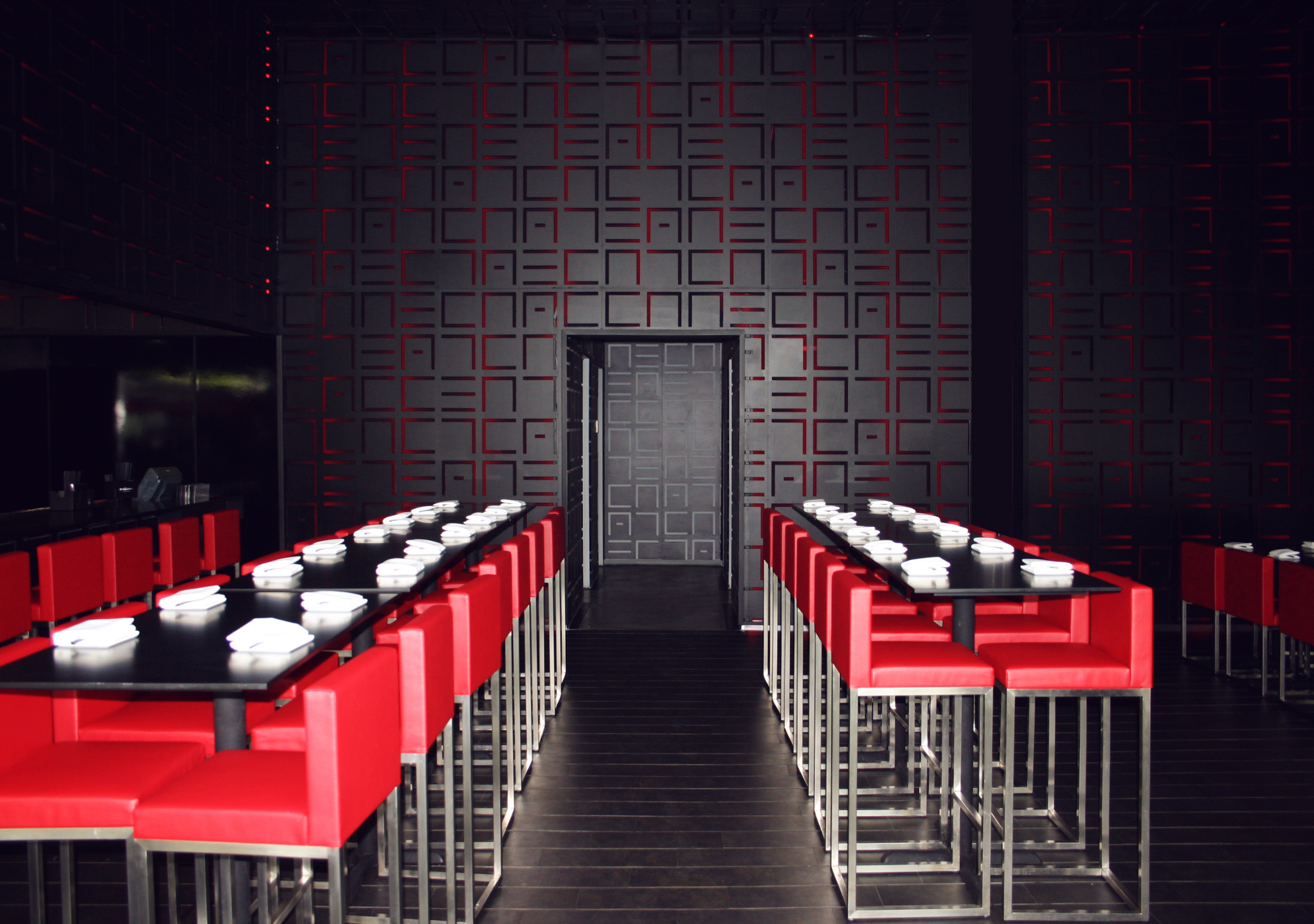 Accent occupies an egg shaped space at the gateway of Uptown, a new mixed use development designed by our office in Cleveland, Ohio.

Accent is a fusion restaurant, western cuisine with eastern accents, hence the name and logo, english abstracted and mispronounced with geometric regularity that almost looks and sounds asian. This graphic slang covers all the walls and ceilings in repeated accents.

The texture of texts, cut out of lacquered black and backlit with red led’s, creates the ambience.

The theme of black and red repeats and connects the three zones. The kitchen is open, gleaming stainless and white.