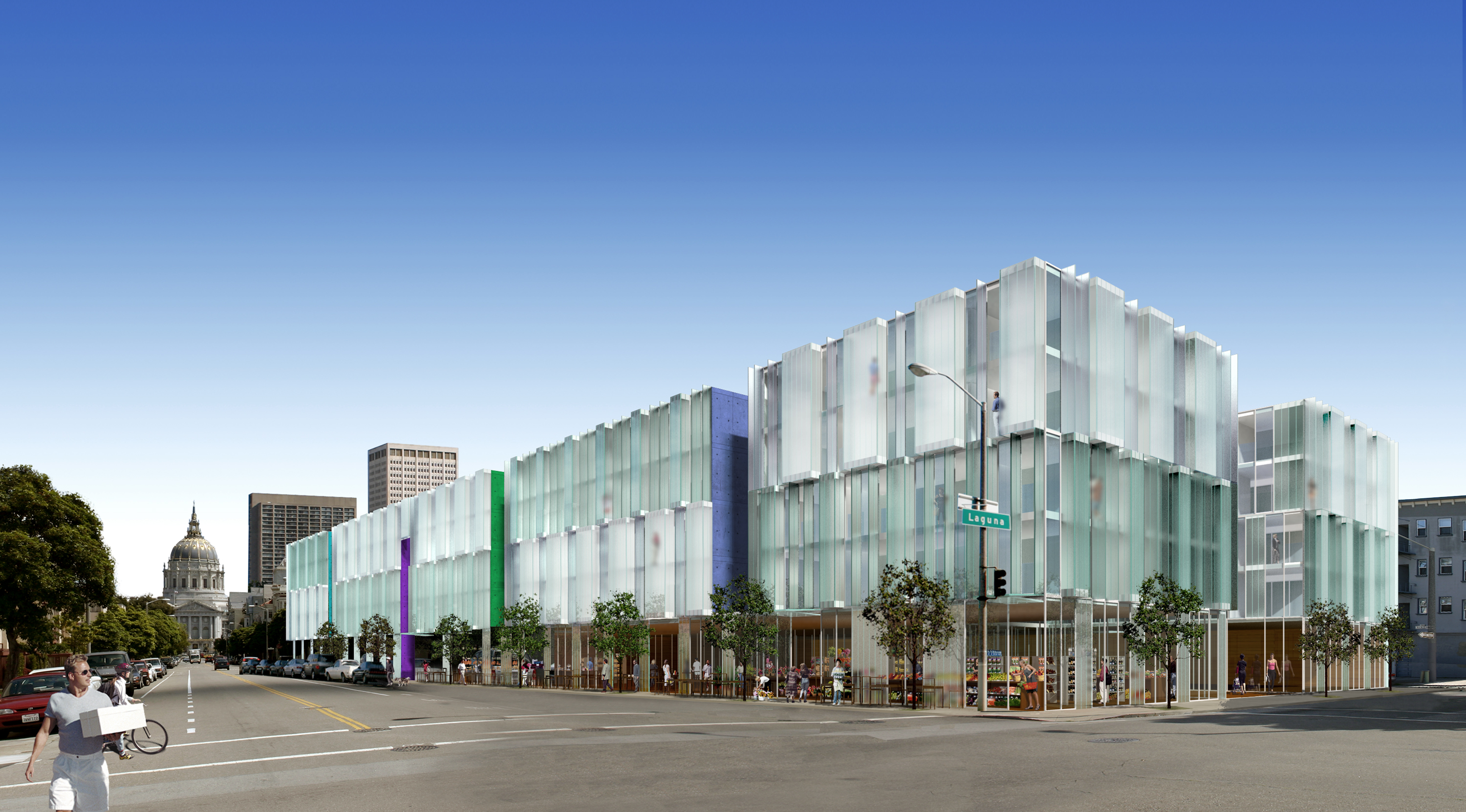 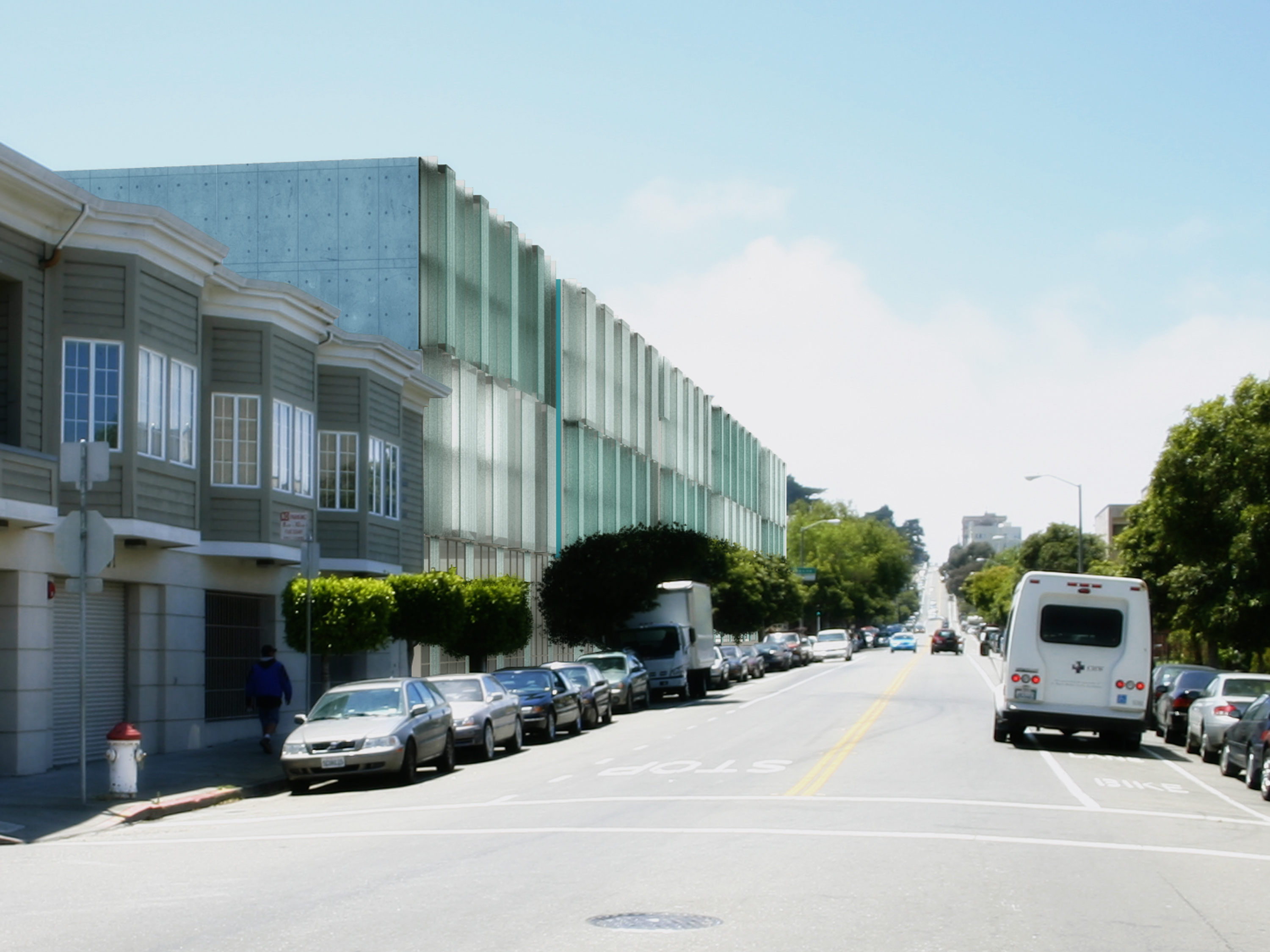 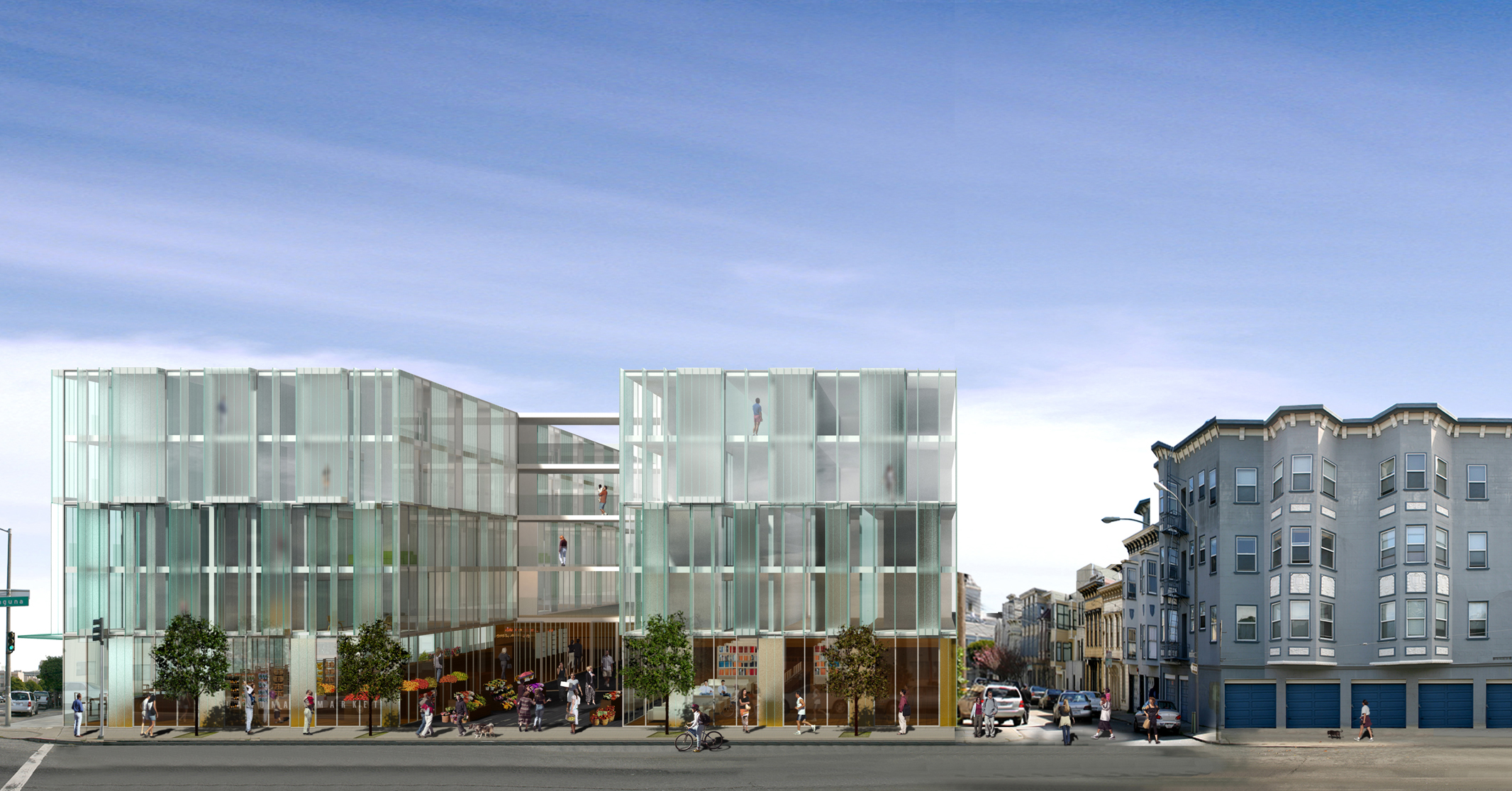 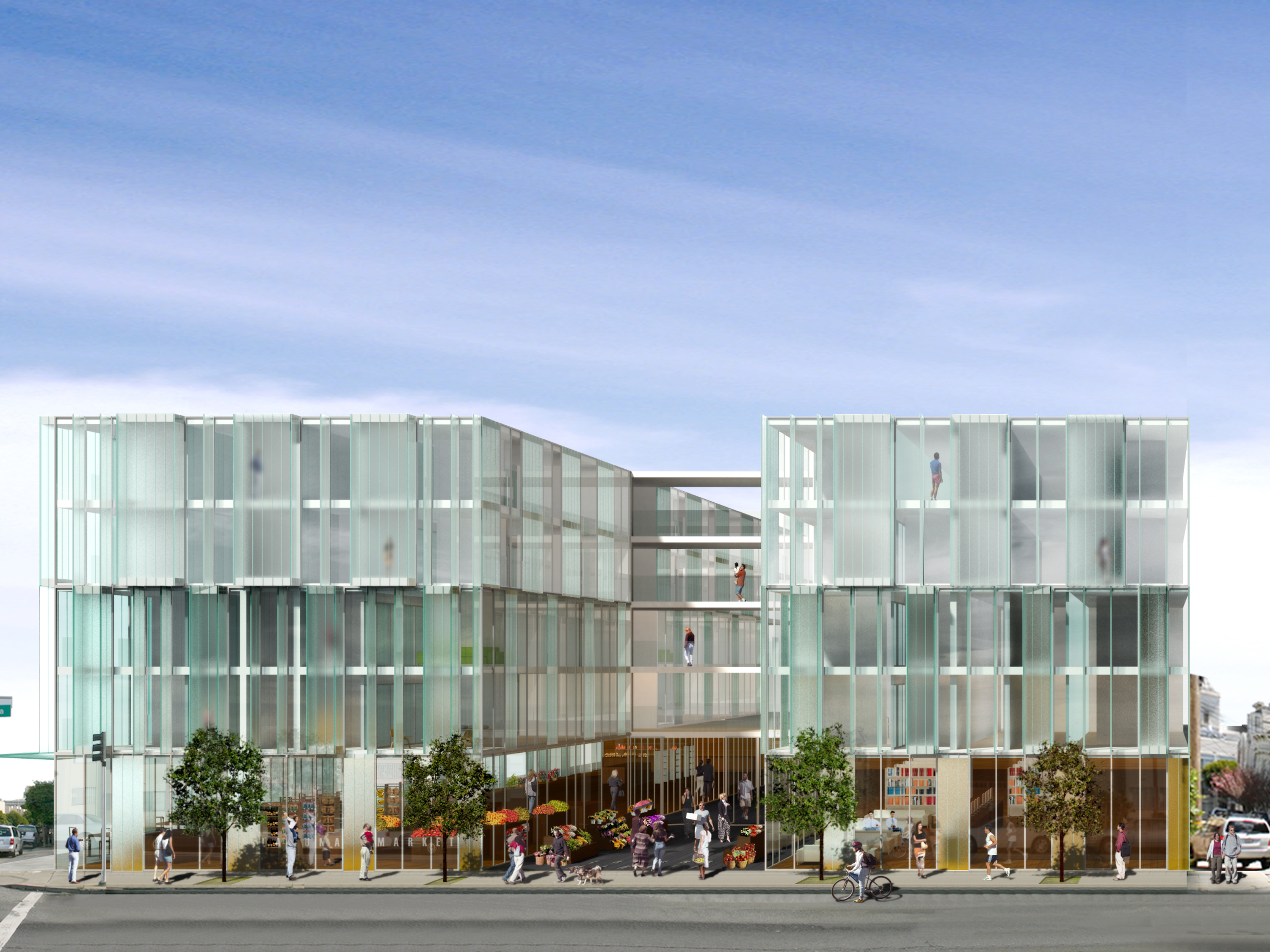 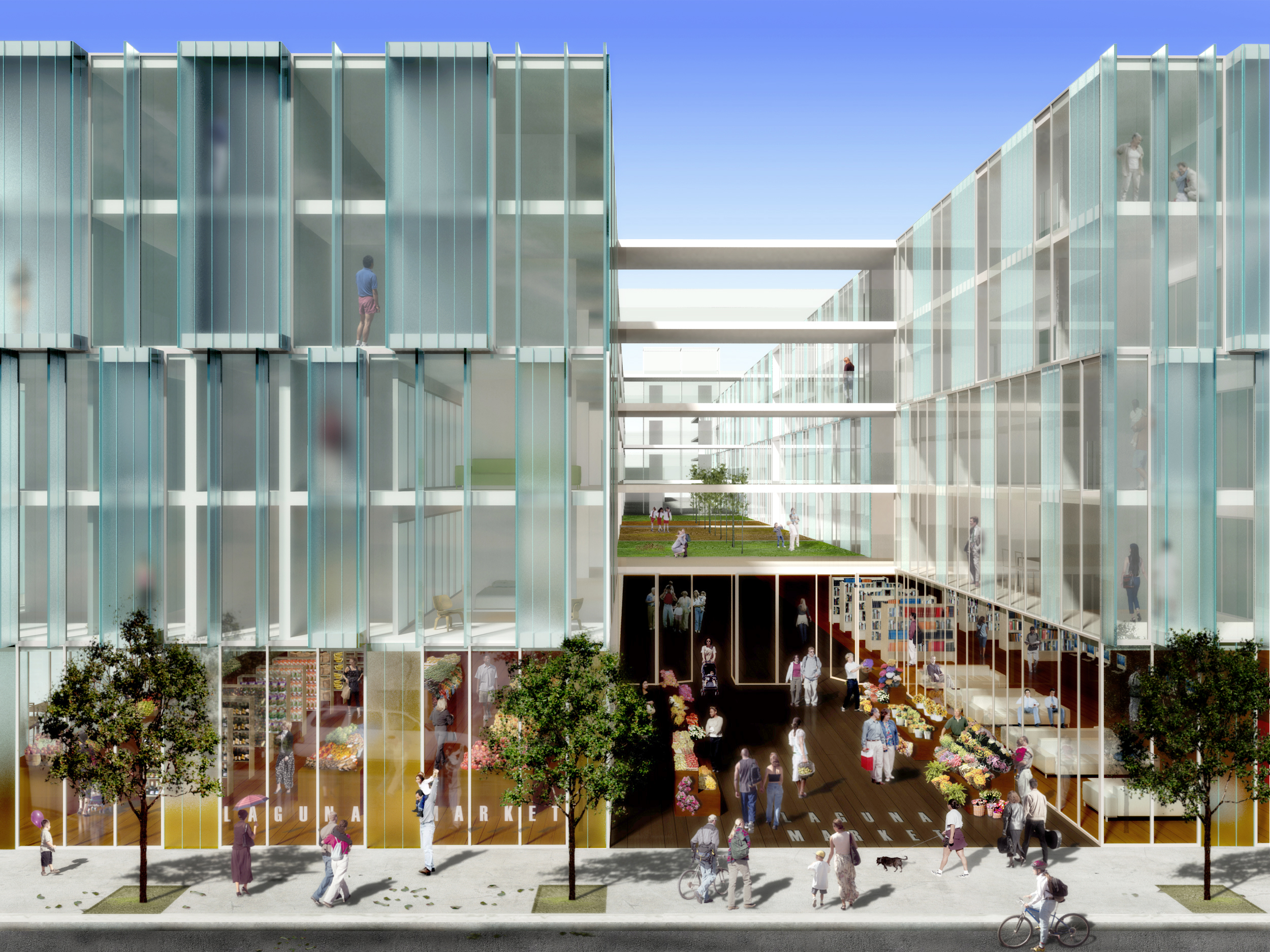 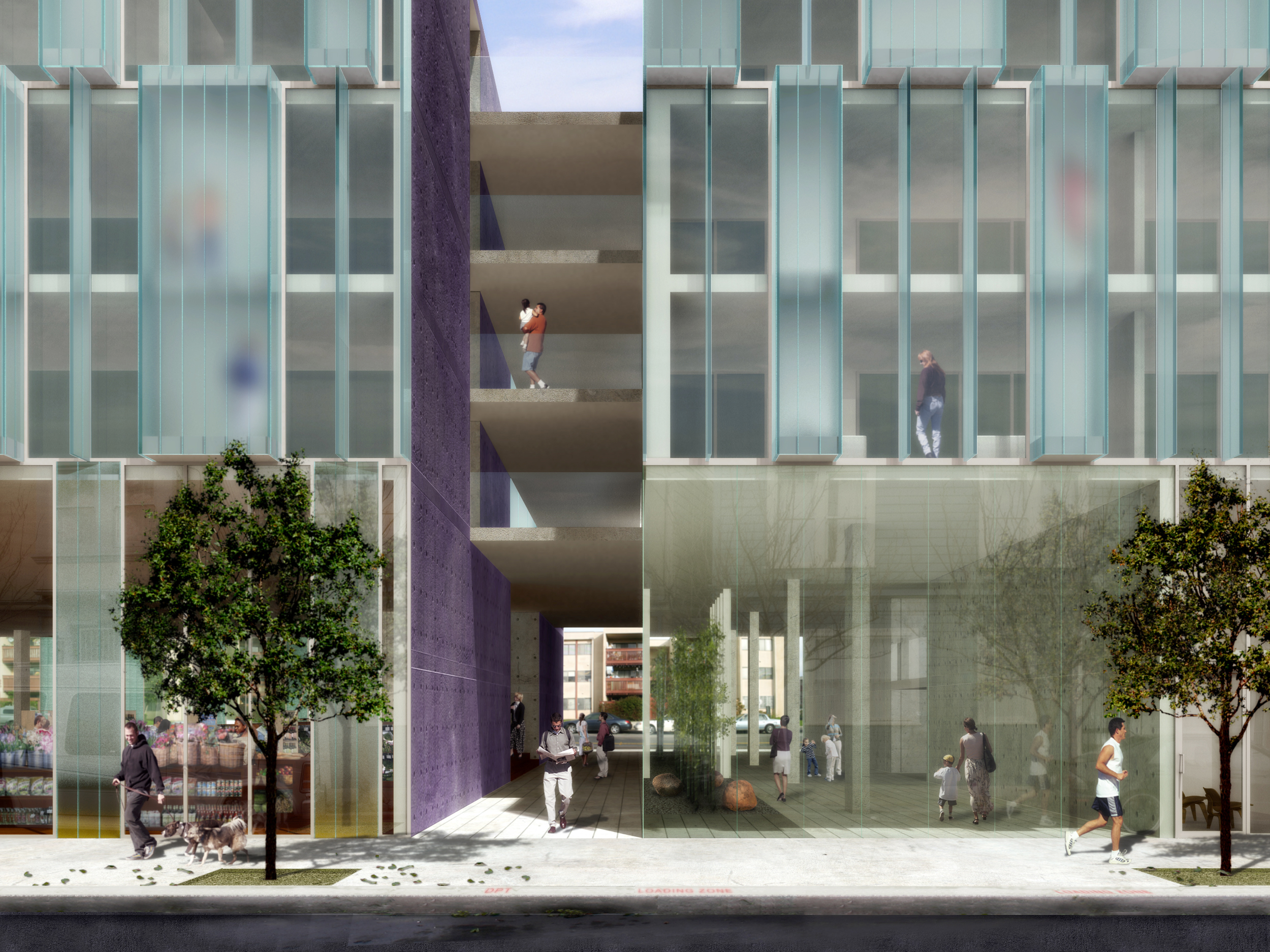 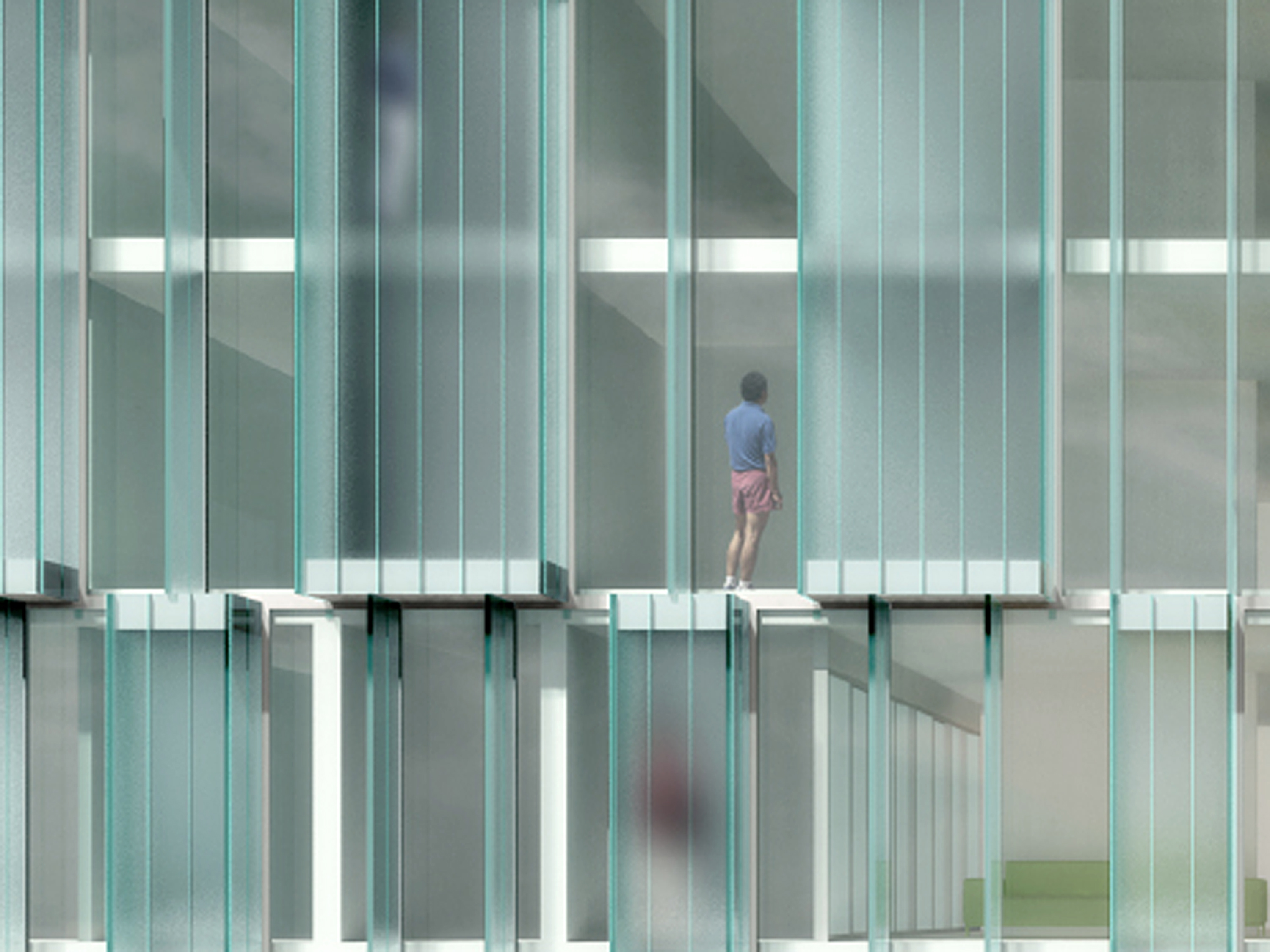 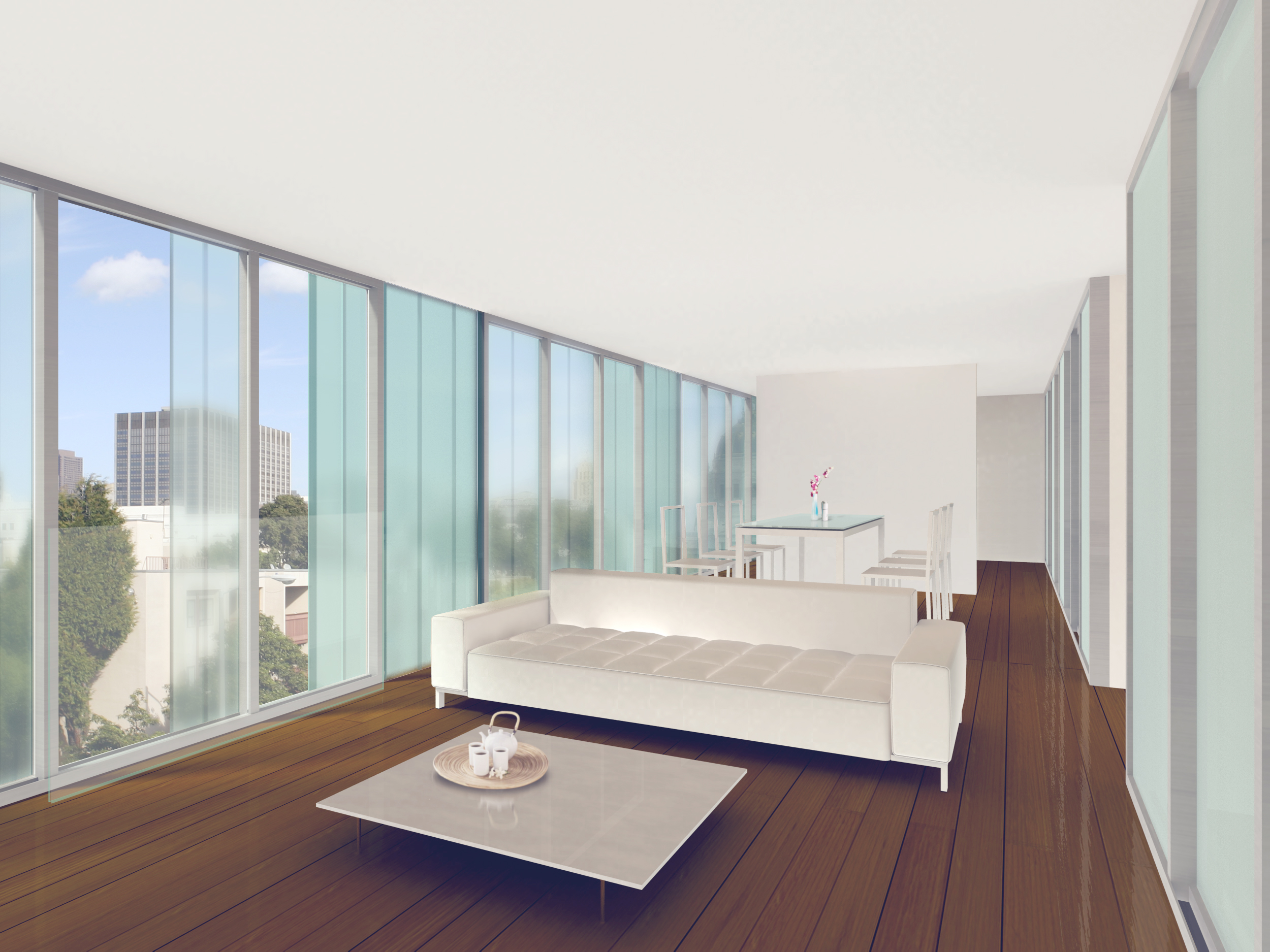 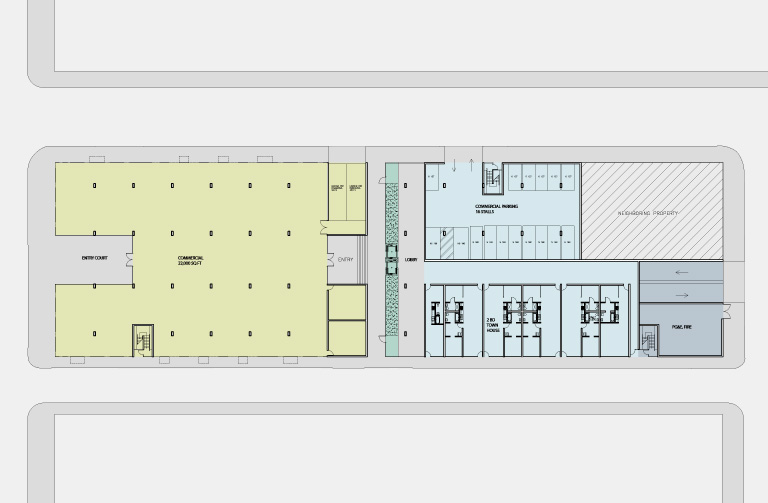 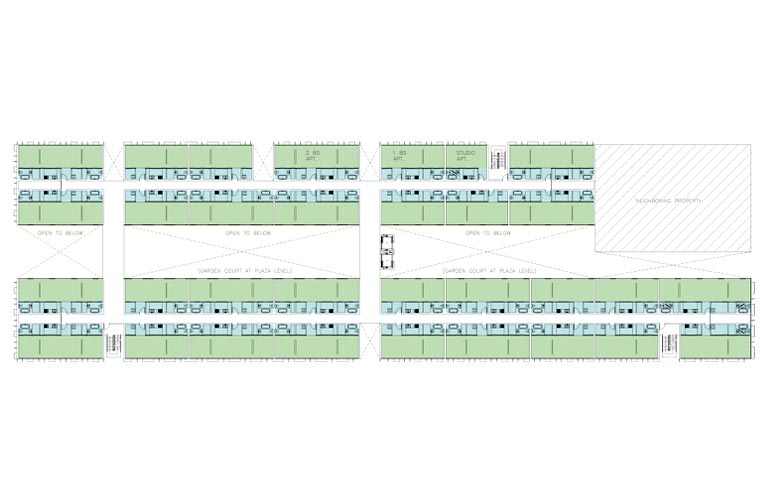 Fulton is a long slice through San Francisco’s streetscapes of folded bay windows, terminating on axis with the dome of City Hall in the east. The site is close to this terminus, consisting of nearly an entire block bounded by Octavia, Laguna and Birch streets.

The street edges of the site continue the traditional texture of San Francisco’s bay windows via an all glass curtain wall. This shimmering wall is reflective and liquid, like the bay, and bathes each unit in light. The long Fulton street facade is articulated with rhythmic repetitions and alternations of glass bay window silhouettes. It is divided into segments with incisions that expose the interior to the street. At mid block, a cut forms an alley that links Fulton and Birch Streets through the block. Others cuts expose vertical or horizontal circulation in the housing bars.

The ground floor of the building is a large grocery store, entered from a court off Laguna Street. Folding doors open all around the street facades on Fulton and Birch to create an outdoor market atmosphere in this food hall.

Two bars of housing are laid above the commercial ground floor with a landscaped courtyard between them. Each bar is four levels of double loaded corridors, flanked by long units that maximize exterior exposure. Parallel to the corridors, services bars are arranged in long zones, with the habitable space beyond along the exterior glass walls. The service elements are compressed to maximize living areas, and separated with etched sliding glass to borrow light. While these units have the accommodations of flats, they offer the generous open space of lofts, allowing furniture to define domestic programs.

Parking is within the basement, with some grocery store parking and loading off the street.