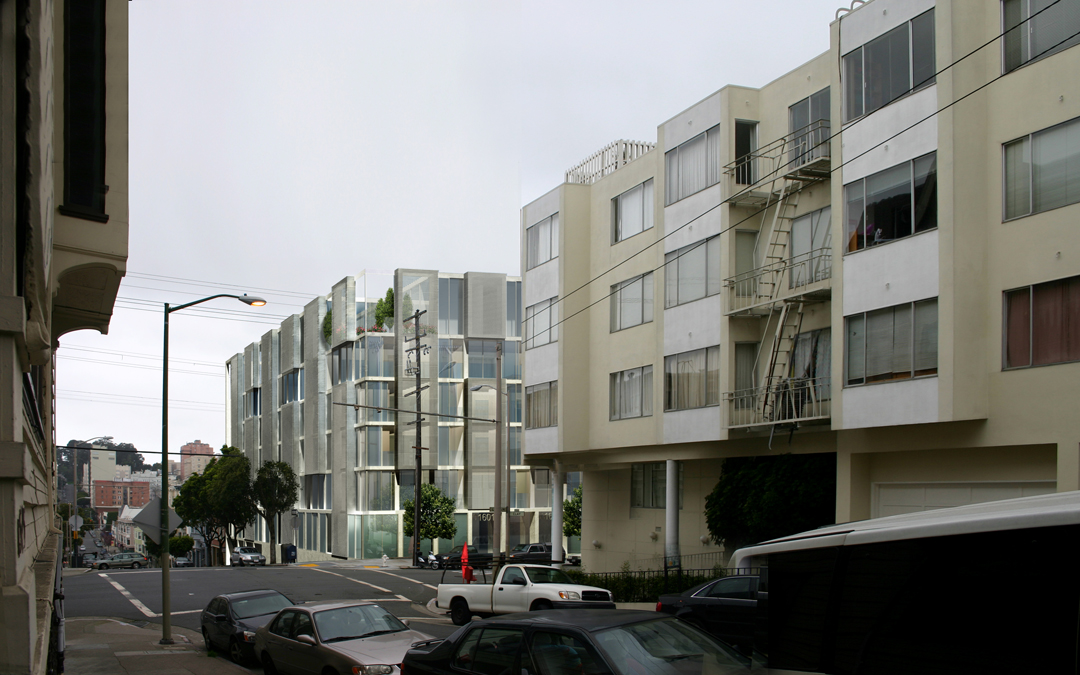 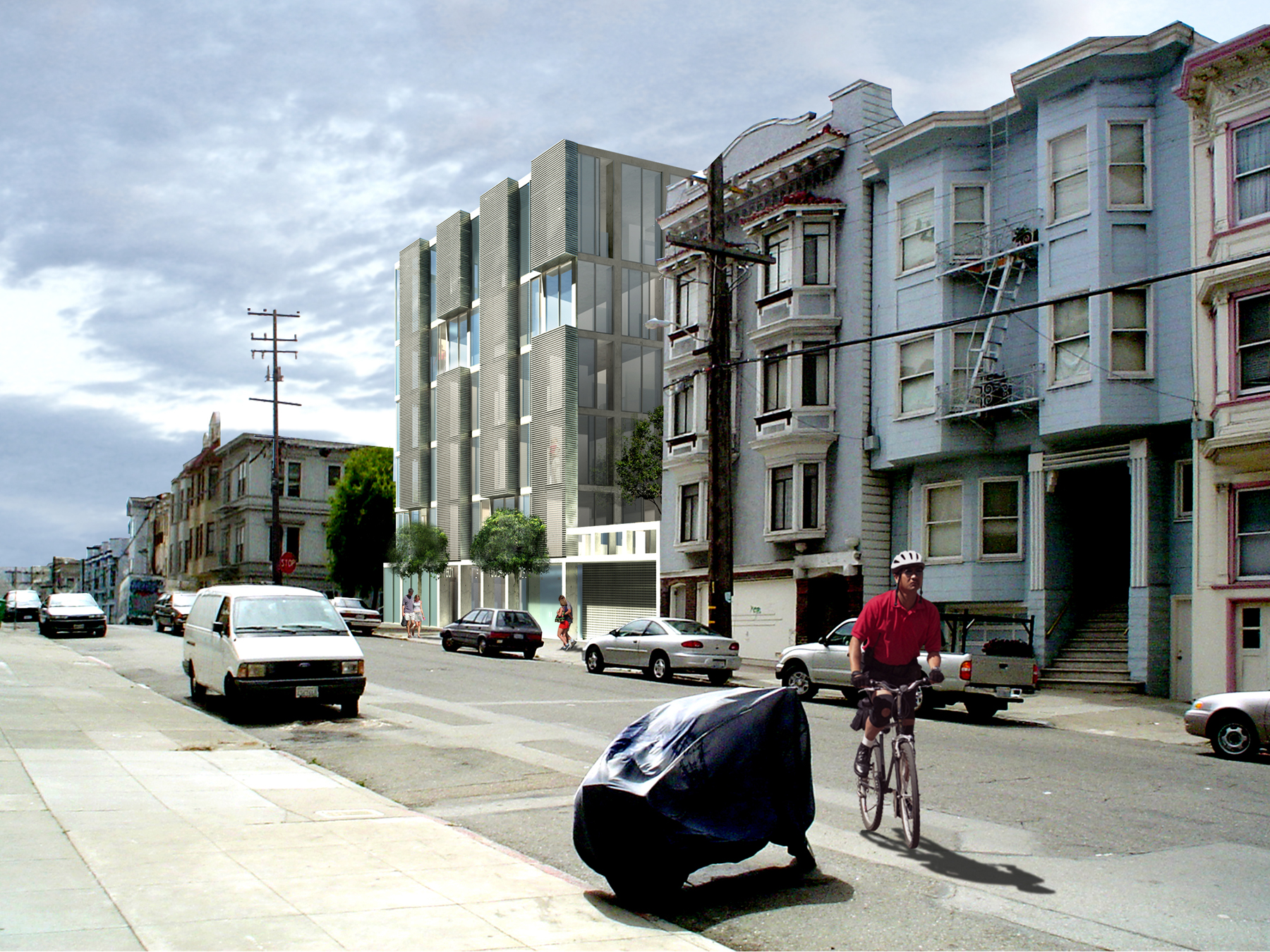 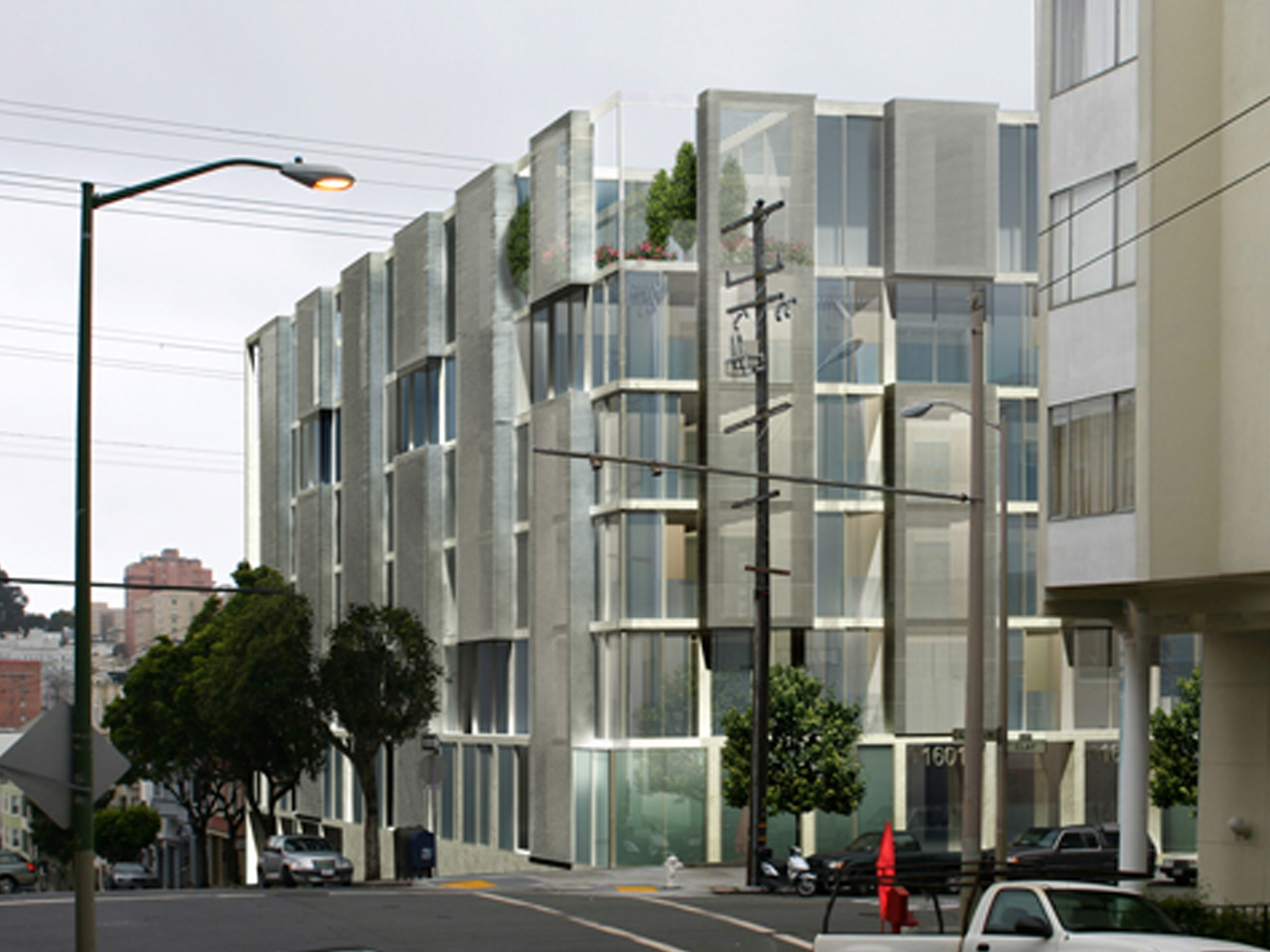 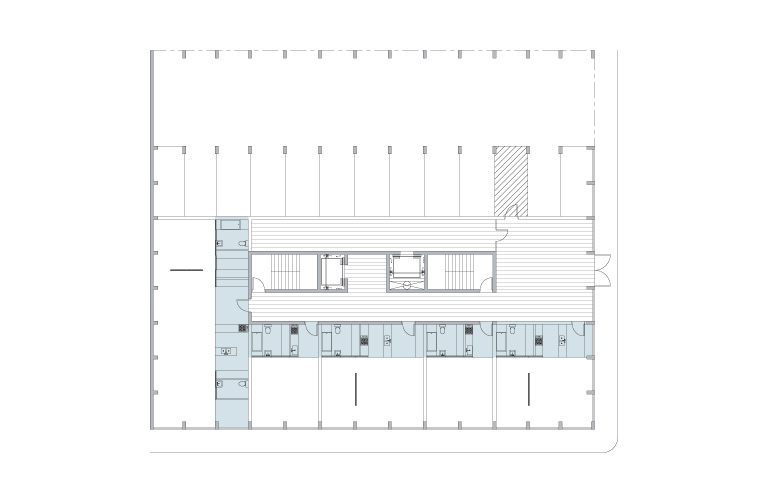 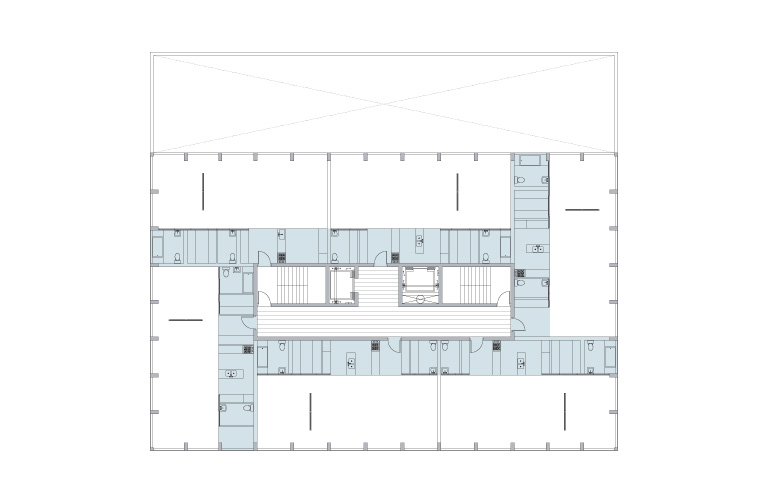 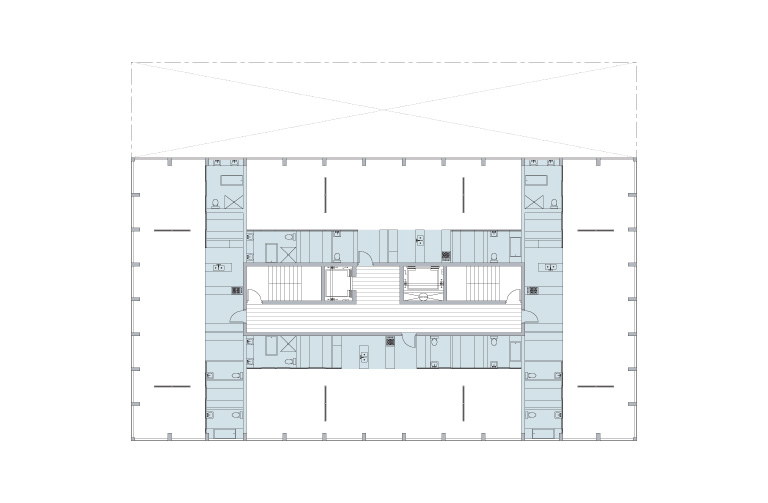 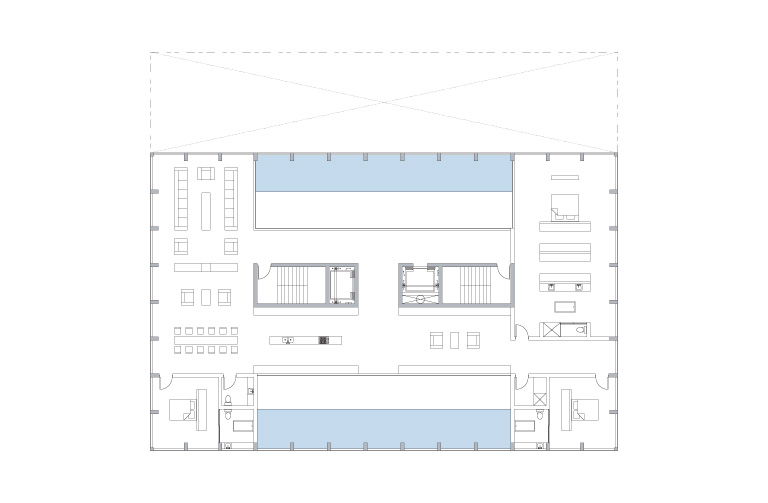 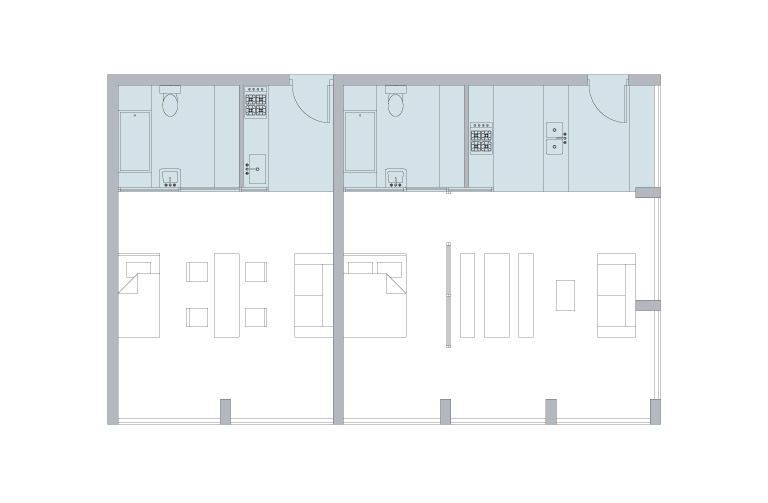 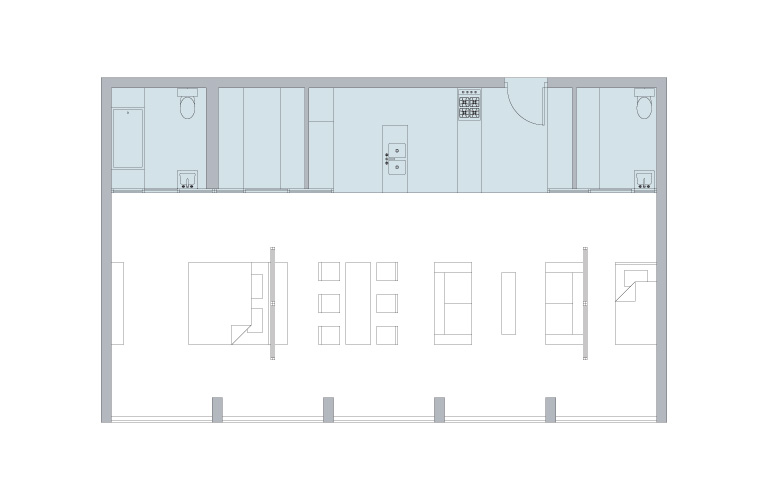 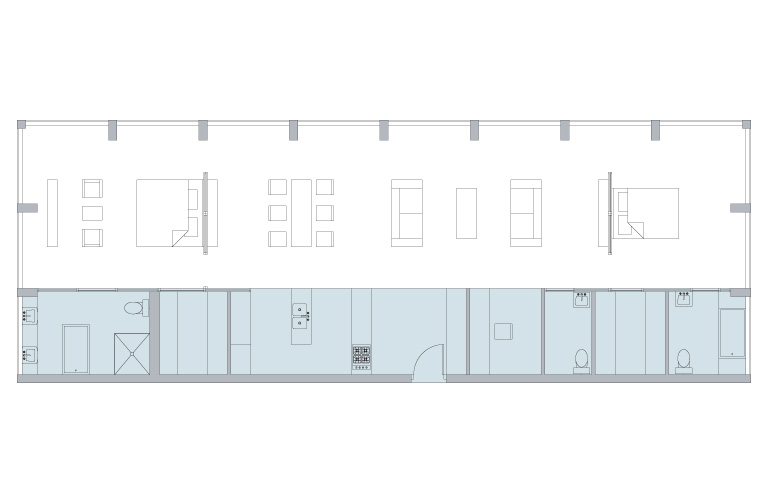 1601 Larkin is a further exploration of the thickened wall/open space type that originated with 1022 Natoma Street. The building is a hybrid, a combination of loft and apartment, offering the neutral space of a warehouse along with areas that allow separation and compressed services. The services, accommodating both vertical and horizontal distribution for mechanical, electrical, plumbing, and sprinkler systems, line the access core. This is efficient and cost-effective, providing optimal indeterminate space. The habitable rooms fold out of the service bar as continuous open area divided by floating walls and sliding doors. The lowest point of the site, on Clay Street, is the entrance to basement parking. On the Larkin Street side are the lobby and a second level of parking. Five smaller units are on the first floor; the second, third, and fourth levels each have six units cartwheeling around the core. The fifth floor has four larger units, and the sixth, an H-shaped, six-thousand-square-foot penthouse with courtyards facing north and south. The exterior is a concrete frame. Alternating clear- and channel-glass bays connect to the rhythmic streetscape of the area.